1337 Skulls: Are We Looking At The Next Blue-Chip Project? 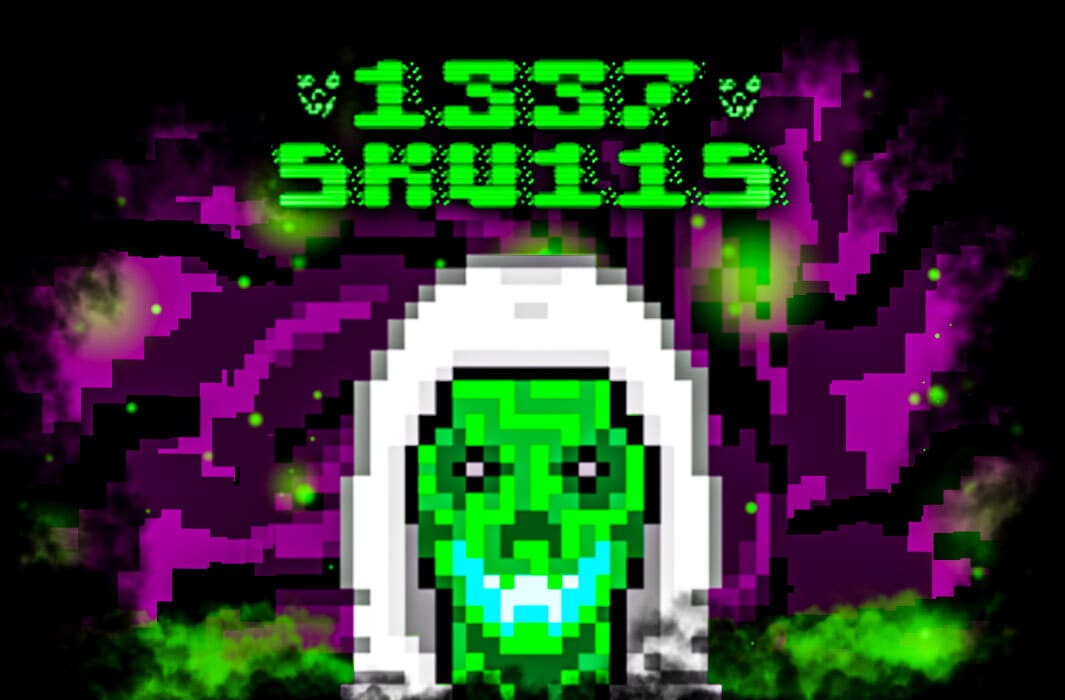 Another day, another project. Is it just me or are new projects launching every other day? One would imagine that everyone would be quitting during the bear market. But, I guess they’re following the “join when everyone’s leaving” rule. However, amidst the plethora of new collections, the team has to go up and beyond to stand out. And I think 1337 skulls have managed to do exactly that.

1337 skulls is an NFT collection of 7,331-pixel art skulls with 644 indexed unique trait pairs. Launched on November 30, 2022, they are fully on-chain and have a public domain license. In fact, the entire project revolves around already existing CC0 NFT projects like cryptopunks, mathcastles, and cryptoadz.

They don’t have a roadmap, true. But the entire project is so well thought out and strategic. They know what they’re doing, who they’re doing it for, and how to reach their target audience. Also, they have strategized exactly how to create a consistent flow of attention.

What I can say with utmost certainty is that they’re entirely using their skulls for this project.

Did the creators even consider who would like such pixelated art? Matter of fact, they did. Their target audience is people who:

And, as already mentioned, they are based on pre-existing CC0 projects. If we take a look at their current holders, per alphasharks data, we’ll notice that they have blue-chip holders like BAYC, MAYC, Doodles, and World of Women. 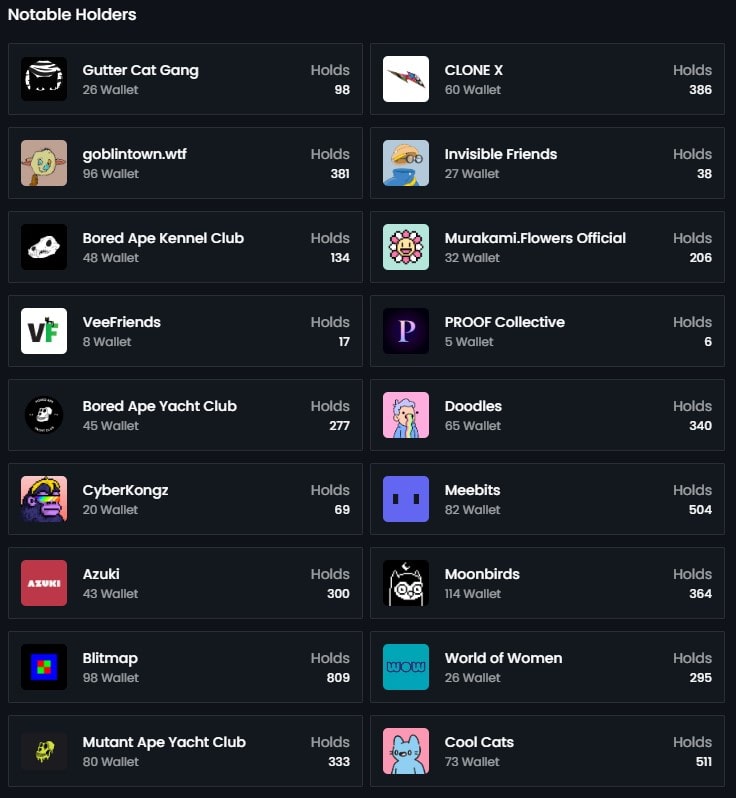 So, How Did They Manage To Attract BC Holders?

When I said they’re fully using their skulls, I wasn’t exaggerating. They didn’t follow the usual minting: public list, whitelist, blah. They also didn’t start with raffles because they think they were:

What they did is the 1337 mint phases. They wanted to drive attention by directing the mints towards people who are paying attention and will snipe something in the middle of the bear market. 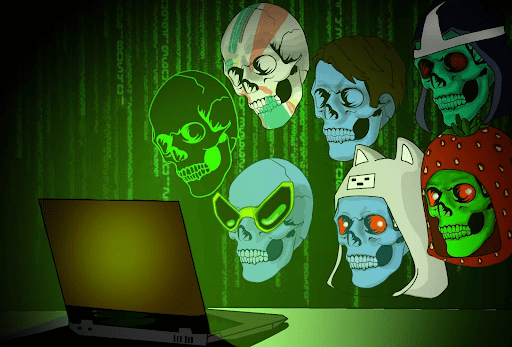 The key thing here is that you couldn’t choose to participate in the minting. 1337 skulls’ team randomly took snapshots of wallets based on their pixels, CC0, culture, and contribution to the ecosystem.

And, a 1337 team member would also go to their discord. The process wasn’t completely random.  As they took snapshots at 13:37 pm and would keep mints open for either 36 or 69 minutes.

And, only one mint per wallet was allowed. Per the chart below provided by icytools, 100% of minutes were only 1/wallet. 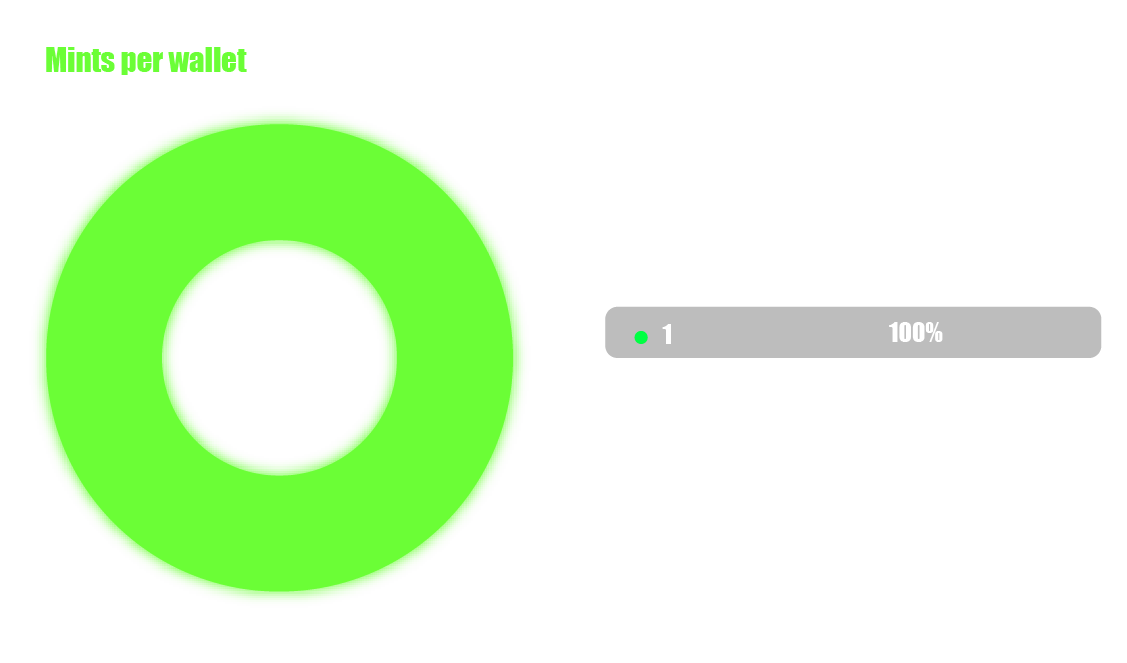 Hyping Up The Community For Mints

Since they are the sole deciders for who gets to mint, they took it a step further.  First, throughout the minting, they rewarded the 1337 people who bought on secondary and didn’t sell, who never minted, with a free mint.

Why? Just because they are 1337. That way they solidify their community. Furthermore, they then reserved 100 mint spots for community contributors. How did they pick these? Well, the 1337 skulls team wanted to reward contributors to their culture.

So, the way to get noticed was through

They said on their Discord, that has 18.68K members, “We are looking for thoughtfulness, detail, and effort, in other words, we are looking for those that are 1337.” All you had to do was get creative, spread the word, and tag them on their Twitter where they currently have 24.1K followers. 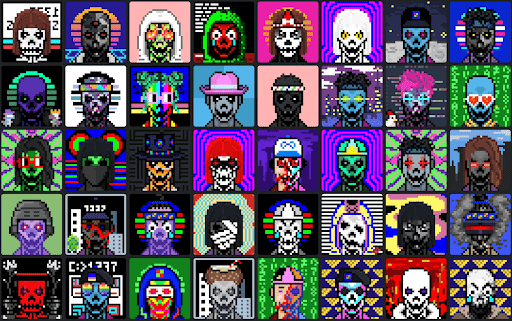 Doing a Raffle for Non-Contributors in Parallel

Even though they hate raffles, towards the end they did one for non-contributors. Raffle rules:

Did the 1337 Skulls Strategic Plan Pay Off?

Let’s look at numbers. If we check the below graph by alphasharks, we can see multiple increases throughout the mint phases. The current floor price stands at 0.1244 ETH (approx $155.38 per the ETH rate at the time of writing).

This means, engaging the community this way does indeed help. This project is so community-focused that the numbers shouldn’t matter, according to their vision. As they said, they don’t want those who care if the price goes up and down.

Meaning, if you hold a 1337 NFT, you’re part of the community no matter what.

But, Are Holders Keeping Their NFTs?

Yes, they want holders who don’t care about price. They want those who care about art, not utility. How realistic is that? If we want to look at the holders’ distribution in the below graph by icytools, the biggest percentage (76.96%) holds one NFT only. But, there are those who hold more than 50 NFTs. 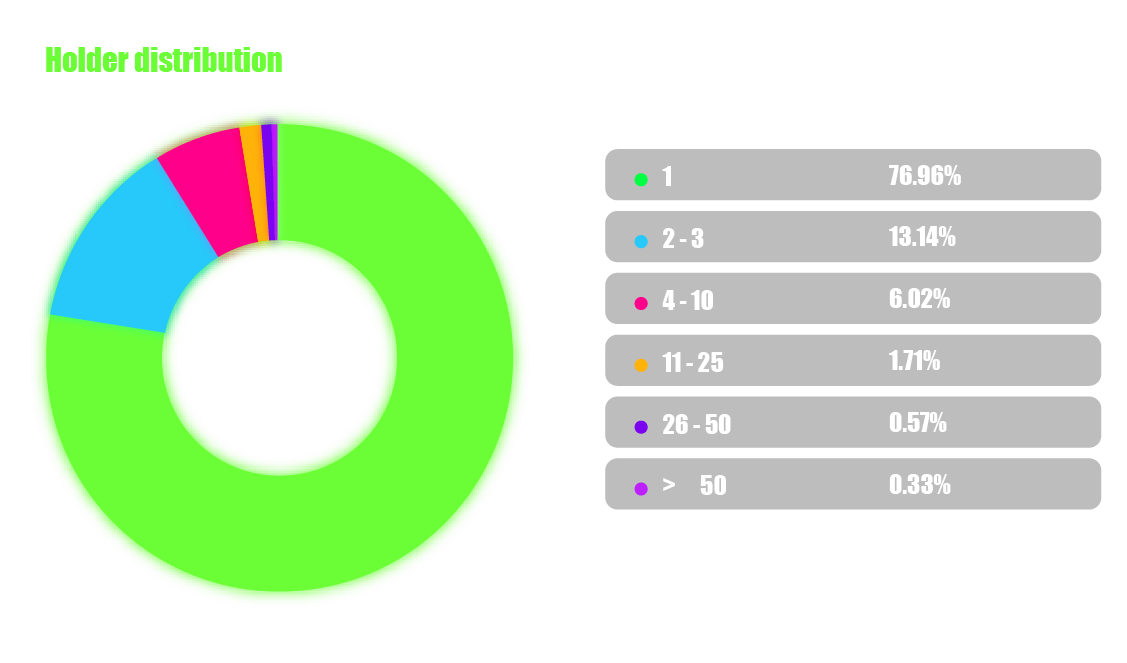 If we take a look at the top buyers and top sellers leaderboard by icytools, we notice that multiple top buyers are top sellers too. For example, the #1 top buyer who bought 259 NFTs has sold 251 of them. 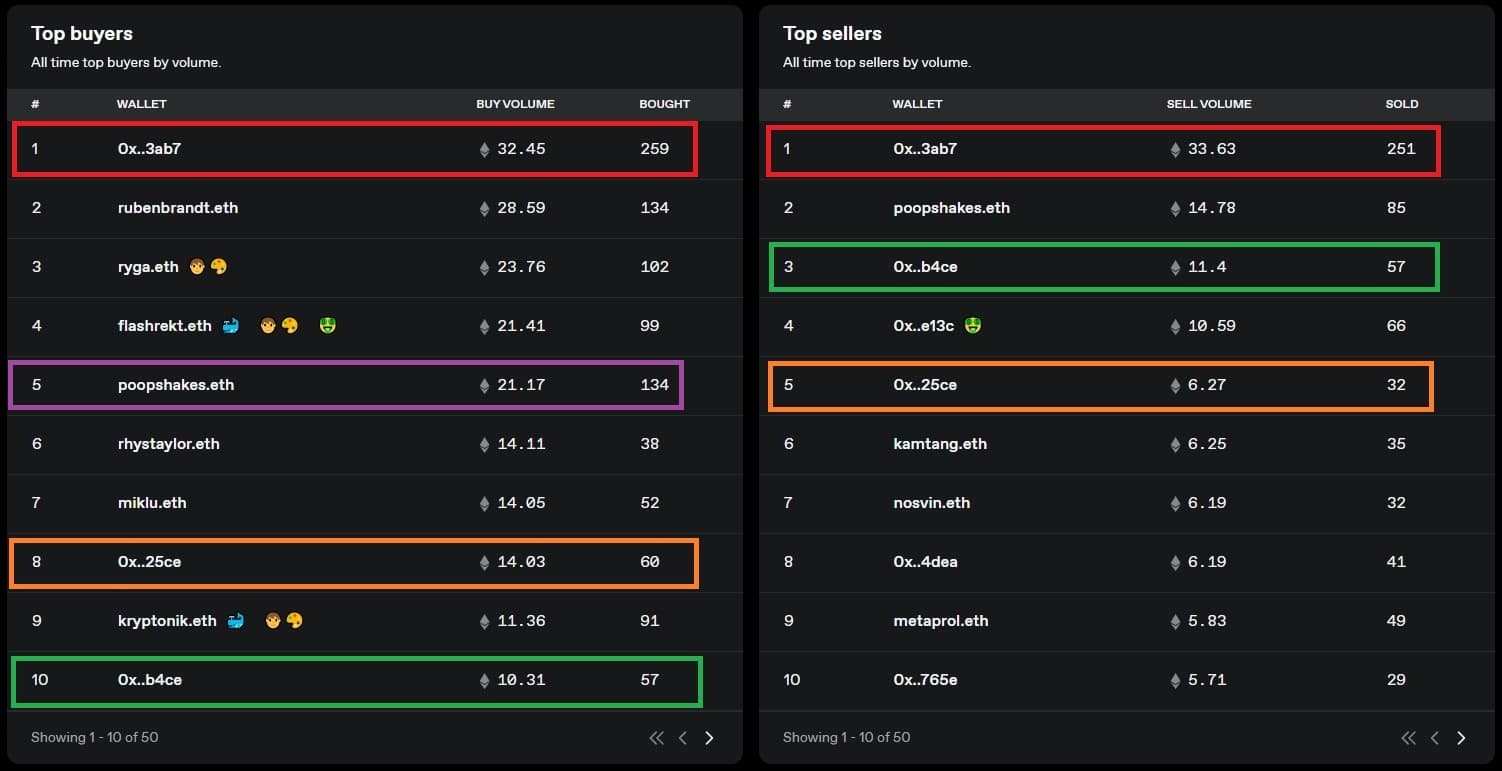 And, the wallets in red and purple also sit at the top of the profit leaderboard. With the red doing 213 flips, and the purple doing 63 flips. Both are on January 3, 2023. 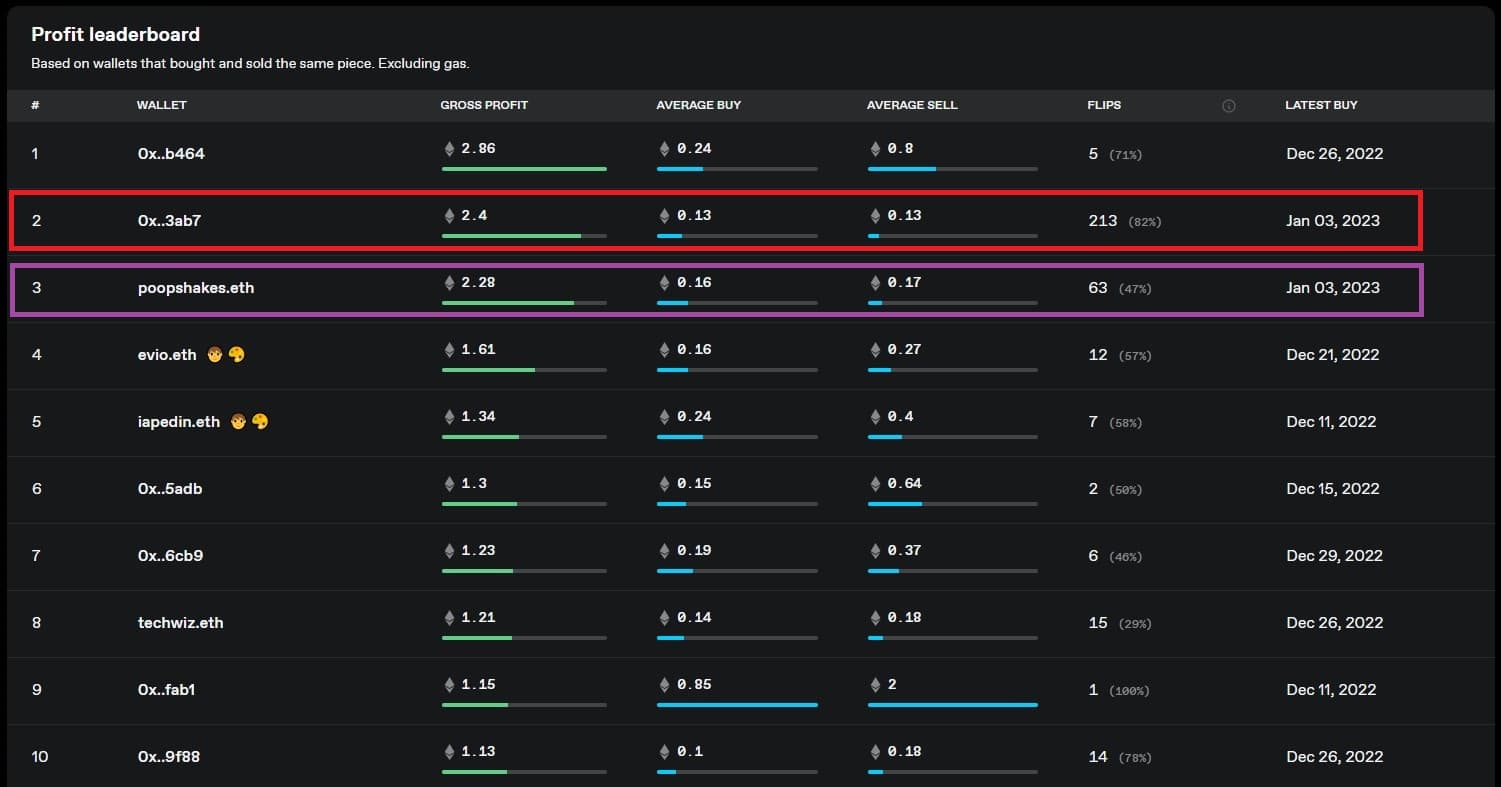 What Does This Mean?

It means that regardless of how community-focused a project is, there are people who are only in it for the money. However, that doesn’t necessarily imply failure for the project. On the other hand, wallets being able to buy and sell means there’s demand.

Moreover, the 1337 Skulls community is actually strong and bullish on the project itself.

Is Qzuki Ripping Off Azuki’s Brand?