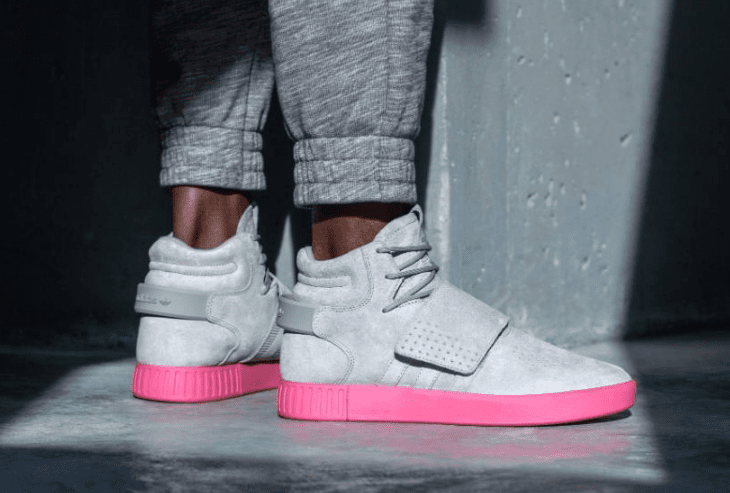 We all want to board the luxury train. But we can’t always afford to do so, we also can’t always find the items we want. It’s the case with Adidas Yeezy Boost sneakers. They’re so hyped and fancy but also pretty expensive and inaccessible at times. So you can either sink in complete emotional distress and give in to your financial status, or you can find a solution. Like buying sneakers by Adidas that look like Yeezys!

First, you can always try to cop Yeezys at retail. It might still be costly to do so, but it can never cost you as much as buying at resale would. You’ll need a powerful sneaker bot, some proxies and maybe a server, but all for a good reason. Yeezys! But you can always opt for other sneakers. Some of which might actually be more profitable to flip than Yeezys.

However, with the ever-growing fame of the Adidas Yeezy Boost line, it’s not so difficult to find Adidas that look like Yeezys. In fact,  some sneakers .look exactly the same but cost half of what any Yeezy would.

And we’re not talking about Chinese Yeezy knock-offs. You can get these for as cheap as $20 and risk getting caught and roasted for flexing Fufus. We’re talking about legit branded sneakers that could make up for all the Ls you’ve taken so far.

Starting with the simple easy-to-get sneakers. The fancy Yeezy version of these sneakers was always on the cheap affordable side. At retail, you can get a brand new pair of Adidas Yeezy Powerphase for $120. But if it would still break your bank to do so, well, there’s an alternative. You can go to Adidas.com and choose whichever colorway you like best, Black, White or Cream white and buy it at retail for $80.

The features these sneakers offer, make it so difficult to tell which one was the original design. But regardless, this Continental pair makes a perfect alternative for the Adidas Yeezy Powerphase. Constructed completely out of leather, and boasting the same simple look, no one can easily tell those 2 pairs apart.

So this pair is actually very fun to look at. On the one hand, you can tell it’s not an Adidas Yeezy Boost, on the other, man it looks so similar. Introducing the Adidas Tubular Shadow Knit.
This shoe doesn’t really trick the real hypebeasts, but for the price of $50 instead of $220 who cares about what they think. Wear this Yeezy wanna be and flaunt’em like they’re the real deal! Just make sure you get them from a reliable reselling platform.

This specific colorway looks much like The Adidas Yeezy Boost 350 Moonrock. They both have yellow/Sand Primeknit uppers with similar patterns. The major difference is in the soles and laces but these are still somewhat similar.

The infamous, highly-coveted Adidas Yeezy Boost 750 gets reimagined and recreated into a much more affordable version. The Adidas Tubular Invader Strap looks like Kanye’s 750s so much we want to get all colorways right now!

It features the same boot-like high silhouette, the same strap and it’s constructed with premium Suede. Just without Kanye’s name on them. We’ll ditch the name if it means getting a $350 pair for $75 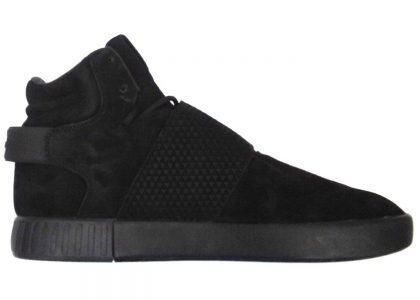 Not only does it look like the Adidas Yeezy Boost 750, but the Solid Grey colorway also looks a lot like Kanye’s LV Jaspers Patchwork! So you can wear $1140 shoes while barely paying $90.

The same Suede material, strap, color and pink soles! Who cares about those very tiny fancy amazing LV details on the sole? Just kidding we all care, so much, but paying $5K at resale for the originals is out of the question now! So until I’m filthy rich, I’m loving the Adidas version.

So far it’s all good. Adidas recreating its work with Kanye West. They own these sneakers so they’re free to replicate whatever they want. Well, except for that Louis Vuitton pair, but we won’t tell! However, having another brand so rudely recreating an Adidas Yeezy Boost is crossing 100 red lines in just one step.

Where did we see this Skechers Modern jogger before? Zebra pattern, Orange stripe, stitches along the forefront? It seems so familiar, maybe even too familiar!
When Skechers first released this pair no one could believe their eyes. There have been many incidents where sneaker designs were replicated, but this one just raised the bar a little too high. Except for the colorway, these sneakers look exactly like the Adidas Yeezy Boost 350 V2 Belugas. Exactly! 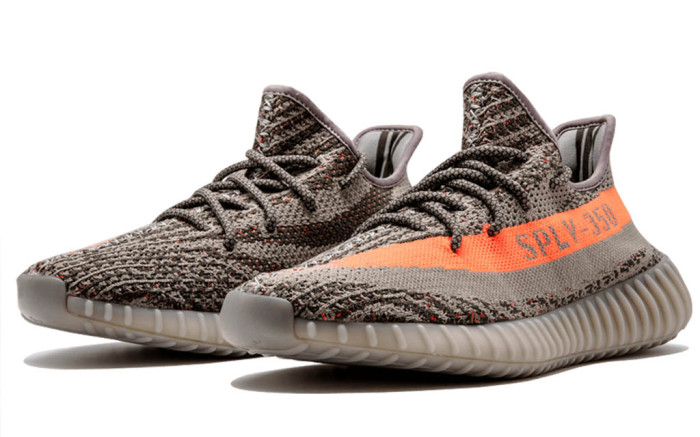 Really, Skechers only missed adding the SPLY-350 Branding on that bold orange stripe. But, it’s not all bad news for sneakerheads. In fact, if you missed out on the Adidas Yeezy Boost Beluga release, and aren’t willing to shed $600+, the Modern Joggers don’t sound like a terrible idea. Rather than paying a couple of hundred dollars, you could’ve gotten the Skechers version for only $90. Too bad they’re sold out now, right when we got you convinced!

Although this is not an Adidas Yeezy Boost pair, you really wanna see this. If you’ve missed out on the Nike Yeezy Red October release, which I’m sure you have, here’s a great alternative!

Even if you just made your first step into the sneaker world, you’ve definitely heard of this legend. The final Nike Yeezy pair to ever release, the Red Octobers. Let’s not be too dramatic now, you can still buy yourself a pair or 2 if you want. If you had $5K extra cash and are willing to spend it on sneakers. You’re not, are you?

Great so here’s what else you can buy. How about a brand new Red Adidas Tubular Strap pair?

This little wannabe will cost you somewhere between $50 and $75 depending on your shoe size. It may not be Kanye’s but it’s as close as any of us can get with our budgets!
Another alternative for the Nike Air Yeezy Red October is the Nike UltraMesh XT.

We know there’s nothing that can level up with the Red Octobers, and we’re not here to convince you otherwise. We’re here to show you that $100 can get you legit Yeezy-like sneakers. You can find the Nike Ultramesh XT on eBay for under $100. Although the Ultramesh doesn’t have the exact same features, the strap, the colorway, and the red laces give it that October vibe. Just make sure you’re dealing with a legit reseller. $100 is a lot of money to pay for fakes.

So, until you, and I, can afford to get those fancy Yeezys at resale, chances are we’re going for doppelgängers.

It’s 2020. And if you’re a sneakerhead, you must know that the dad shoe trend is firmly keeping its ground! One of the most popular dad shoes is the Yeezy Boost 700 Wave Runner. But really, we don’t all have $300 to spare for them.

For that reason, we got Adidas FYW 98. For as low as $110 you can have the same dad swag! Pretty much the bargain, isn’t it? But that release made us think, is Adidas out of ideas or of color palettes?