The Best Shopify Bot to Cop All the Online Sneaker Stores 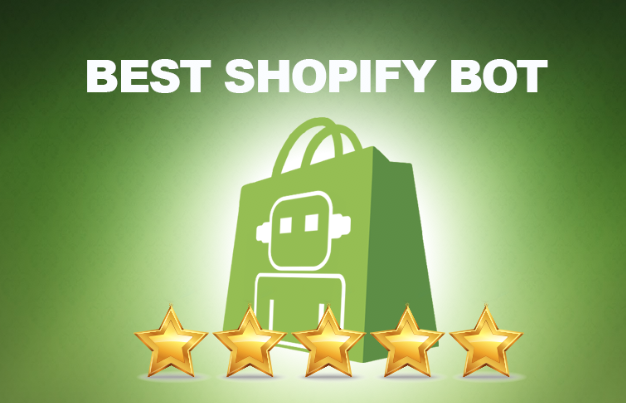 At present, bot development is leaning towards supporting more and more Shopify stores, resulting in a boom of Shopify bot. With the dozens of bots constantly emerging, it can be difficult to decide which one to buy.

We’ve made a list of the best bots in our objective opinion and we’ve even described why. All you need to do is to decide why exactly you need the Shopify bot. Or would you rather go with a bot that supports more than just Shopify stores? See the list below to understand more about the different kind of bots you can use to cop successfully.

AIO Bot supports over 100 websites from Adidas to various Shopify sites, Footsites, and mesh sites. The bot is compatible with both MAC and Windows. It can efficiently run up to 100 accounts without crashing or lagging. Moreover, it has a built-in Captcha solver, auto-retry on checkouts, and a link monitor so you never miss a drop or restock. Your first 6 months of updates and prompt customer support are free.

It gained a reputation as a Yeezy bot due to its success on Adidas and Shopify site, Yeezy Supply. However, it is much more than a Yeezy bot, it’s also a Shopify bot, Footsite bot, and overall All in One bot. It can help you cop Pharrell William’s NMDs, Air Jordans, Off Whites, Yeezys, Kith, Bape, and more.

CyberAIO prides itself on being fast and affordable. It supports 100+ sites, the majority of which are Shopify sites, making it one of the top Shopify bot. It supports Footsites as well as Supreme. However, it is only compatible on Windows for now. For those who have Windows, the easy-to-use bot comes with a dark theme which helps keep you alert during releases. All it takes is one click to set it up and you get your first 6 months of updates for free.

Eve AIO has been active on Twitter for a whole year. It’s an all in one bot that supports different sites including Shopify sites and Supreme. Among Shopify bot, it has a decent success rate however it’s a very elusive bot that’s currently out of stock, and the resale price can spike up to $800+.

Another all in one bot, Project Destroyer, works on 100+ sites including Shopify stores. Like Eve, it is hard to buy this bot, but it does have a reputable success rate. To get this bot, you could turn on post notifications for their Twitter to get news.

In terms of age, Nike Shoe Bot is a dinosaur, but in terms of success, it’s the Jay-Z of sneaker bot. This multi-platform bot supports over 100 sites, most of which are Shopify sites. It also supports Footsites, and soon it will support Nike.

We hope this list helped you out! And if you’ve ever wondered how to know whether a site is hosted on Shopify, you can try this nifty hack.