TBT: Adidas NMD R1 and the Story of the Glorious Past! 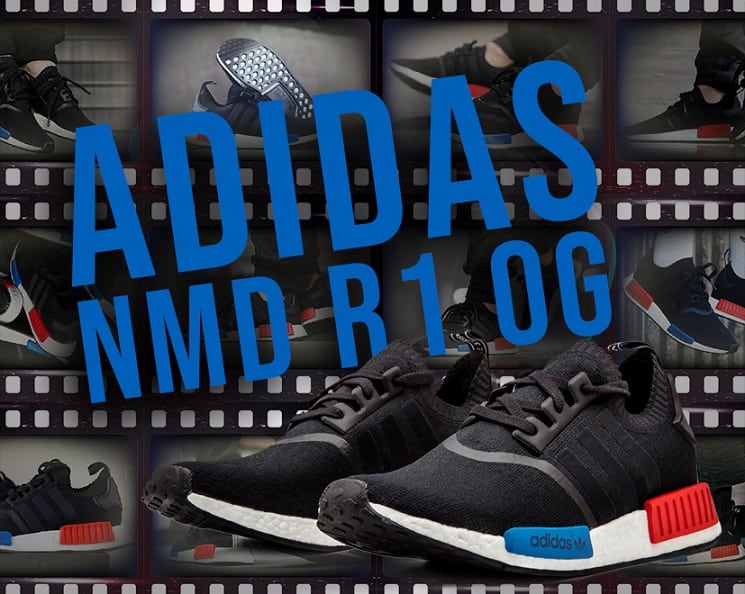 A nomad is a person with no fixed home. It’s a person who moves from one place to another, frequently! And Adidas had that exact thought in their minds when they created Adidas NMD R1. Adidas is actually a perfect example of hopping from one industry to the other starting with Hip Hop and ending recently in the gaming field! The kicks, however, turned out to be a huge success, and they still are one of the popular silhouettes today. Today, we’re gonna talk about the NMD OG and what went down from 2015 through 2017, up to to 2020!

The NMD OG is actually a great mix of three classical models and Adidas’ best technologies. The classic models are the Boston Super, Rising Star, and Micropacer. However, none of these 3 classics shares the technologies Adidas used for the NMDs. They chose the very comfy Primeknit material for the uppers, while the midsole is a full-length Boost tech! The end result was a very comfortable pair of kicks with a classic feel to it.

NMD is actually short for “nomad”. So the kicks had to live up to the name and become the traveler’s favorite sneakers! And they should be because they were made for these long strolls in foreign lands or just your everyday stroll in your neighborhood!

How Valuable Is the OG Adidas NMD R1?

The launching event back on December 9, 2015, in New York City was about the contemporary nomad life. It actually featured films from cities all over the world. A nomad’s dream! And at the core of it all? The Adidas NMD R1 with its black Primeknit upper, white Boost midsole and hints of blue and red!

NMD OG dropped on the Adidas website on December 12, 2015, for $170, ending the year with a bang! The kicks were extremely popular, but the stock wasn’t high. So naturally, the resale value of the kicks skyrocketed and they actually sold for $1,000+! Some sneakerheads actually considered it to be one of their personal grails.

On January 14, 2017, Adidas restocked the black NMD OG. So once the kicks became more available to the masses, the resale value immediately dropped! Actually, it was a surprising drop in value that the kicks resell for an average of $221 today.

Now that we saw how the NMD OG is doing, we must check out what are the most popular Adidas NMD R1 colorways out there! Although we personally love the OGs, a change of sneaker scenery is always cool.

Disclaimer: We ranked the Adidas NMD R1 colorways according to the total sold in the last 12 months on StockX!

An honorary mention also goes to the white edition of the OGs which currently resell for an average of $311.

Other Adidas NMD Models We Must Mention!

The NMD OG started it all, but so many other models followed that we actually lost track! Some of them are hard to forget though. If this diversity means anything, it’s how popular this silhouette is! So here are our favorites.

One of the sneakers that made us wanna be friends and family! The burgundy upper gives that classy feel to the everyday kicks, and we love that. Actually, it’s worth mentioning that 9 out of the top 10 popular NMD models are Pharrell collabs!
Avg. Resale Value: $4,568

The younger brother of the NMD OG! You know, the one trying so hard to live up to the family’s expectations. The main difference is the rubber cage on the sides that reminds us of the Ultraboosts!
Avg. Resale Value: $203

Why You Should Own a Pair of NMDs!

If you like to take a walk to the grocery store, hanging out with friends, or currently working from home, these kicks are for you! The best thing is you can always find pairs for retail on the Adidas official website. And if you choose well, you might be able to buy off resale platforms for less than retail!

Can you guess what our next TBT will be? In the meantime, don’t forget to check our Nike SB Pigeon Dunks and Yeezy 750 TBT!