Top 10 Air Jordan 1 Colorways Every Collector Should Own 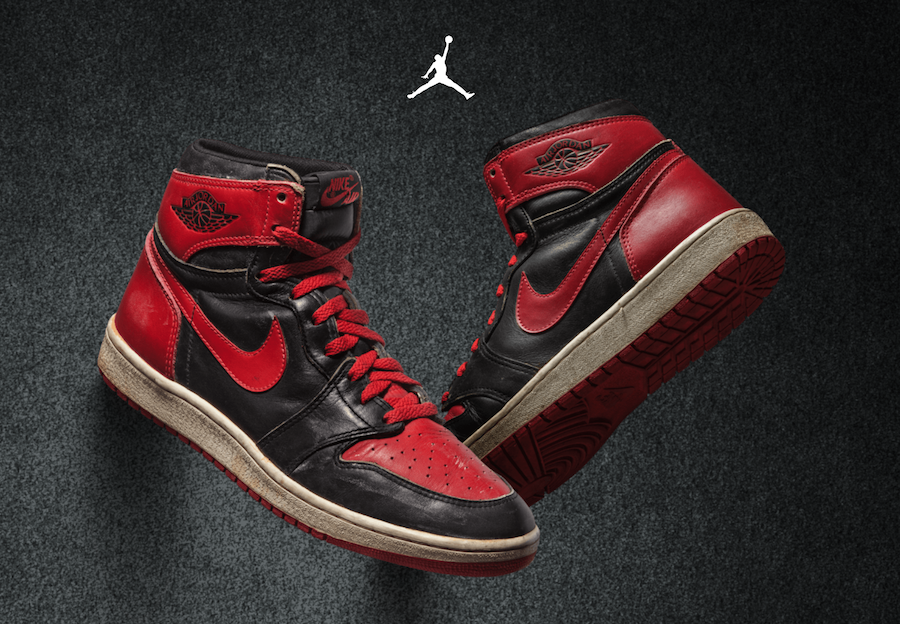 ‘Hype’ is the single most important unit of measure in the sneaker community. It is a representation of how much sneakerheads desire owning a certain pair. Hype depends on several factors, the stock level, the estimated resale price, and the story behind that upcoming release. And no matter what happens in this industry it is a fact that the hype of all Air Jordan 1 colorways will never die. 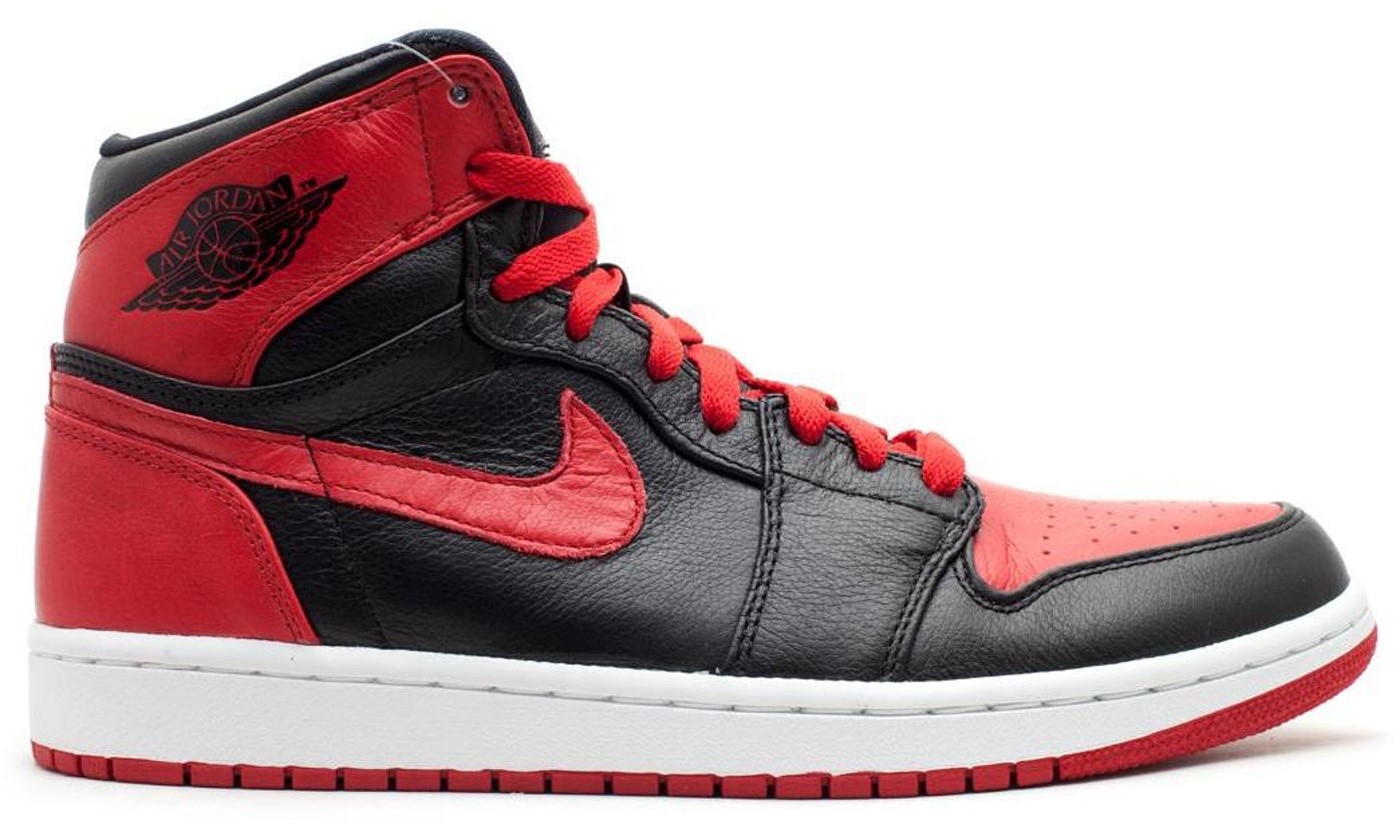 The OG Air Jordan 1 Bred released in 1985 at an MSRP of $65, and what seems like a really low price was one of the most expensive sneakers on the market at that time. The original Air Jordan 1 Bred was designed exclusively for Michael Jordan by Peter Moore. The sneakers featured black and red color blocking throughout the leather uppers and white midsoles.

As you’d expect with any classic OG sneakers the 1985 infamous Air Jordan 1 Bred is almost nowhere to be seen on the resale market. ALMOST!
Although it’s hard to believe anyone would sell a piece of history, a brand new pair (with box) is currently listed on eBay for $9,999. 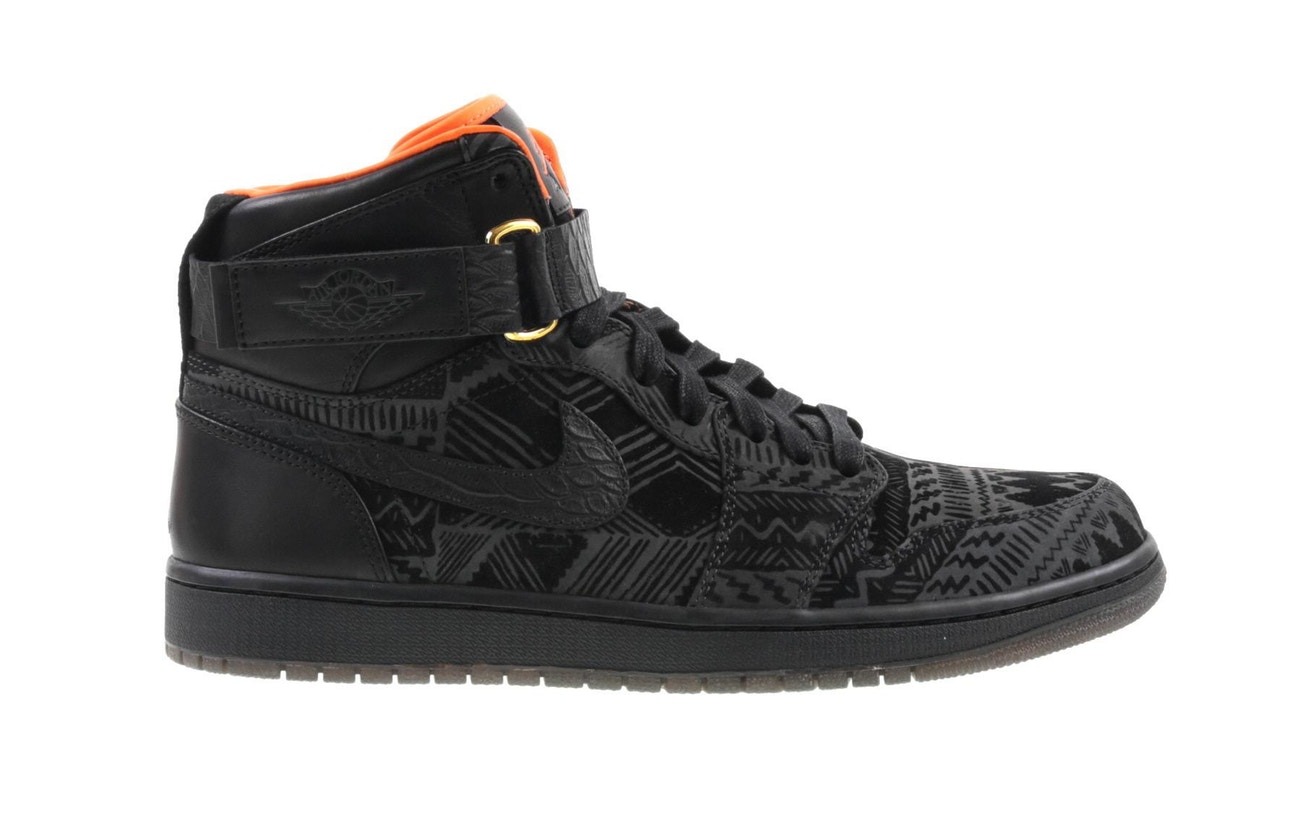 The 2013 Black Month History Air Jordan 1 was limited to just 37 pairs, making it more like a Friends & Family release. However, sneakerheads were able to cop the pair through a series of eBay managed auctions.

The Air Jordan 1 designed by Don C featured smoke grey Nubuck leather uppers covered in flocked Be Bold Be True Prints. The Swoosh was made of Python snakeskin, and for a bold touch, the insides of the tongue and ankle collar are dressed in Orange. 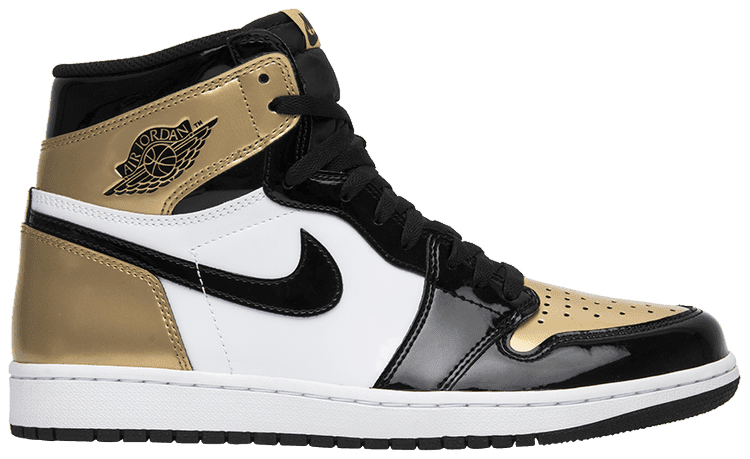 After the “Gold Top 3” AJ1s dropped at ComplexCon in 2017, Nike decided to strike while the gold was hot with the Jordan 1 Retro High NRG Patent Gold Toe. This pair is also known as “Patent Gold Toe” edition. This Air Jordan 1, similarly to the “Gold Top 3s”, comes dressed in a Black, White, and Metallic Gold color combo. 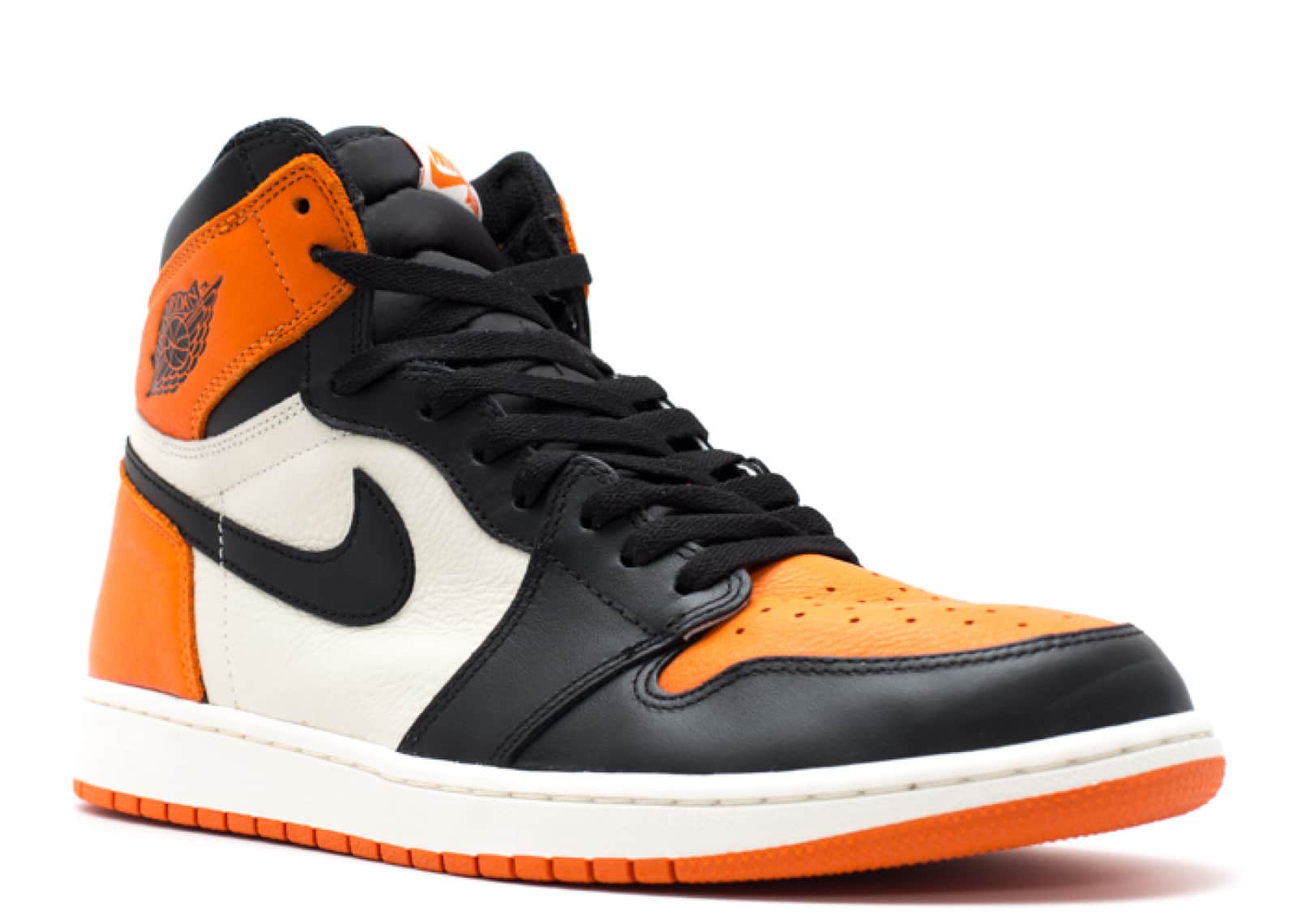 The SBB is one of the most desired Air Jordan 1 colorways. The “Shattered Backboard” is a Black and Orange version of Michael Jordan’s first signature shoe with Nike. The color scheme is inspired by the uniform MJ wore back in 1986 when he shattered the glass backboard while dunking the ball. 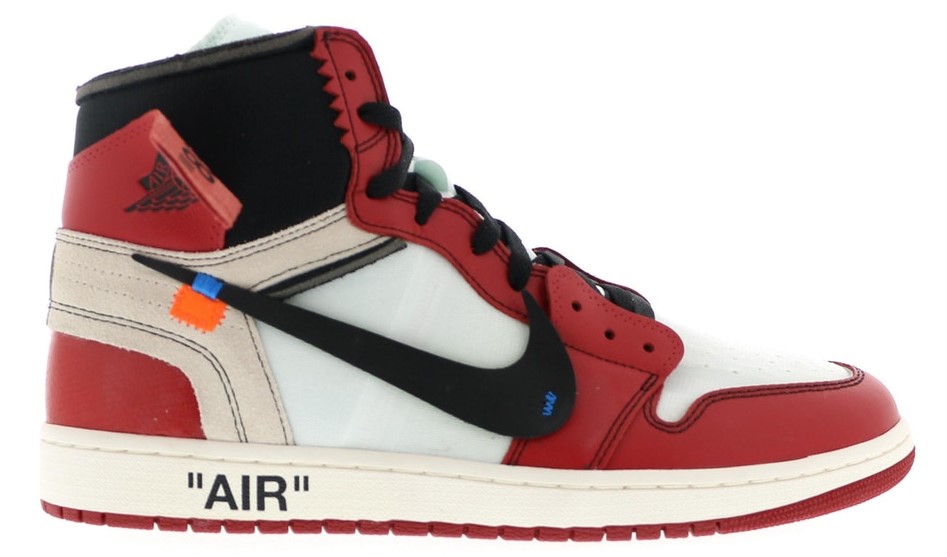 So, we can’t be discussing Air Jordan 1 colorways without mentioning Virgil Abloh’s take on the iconic sneakers. Along the lifetime of Nike & Off-white’s “The Ten” collection Abloh reimagined the Air Jordan 1 three times. The first Off-white x Air Jordan 1 pair channeled the classic Air Jordan bred. And much like the OGs, this rendition was very hyped, and thanks to the limited stock level, it’s one of the collection’s most profitable pairs.

It featured a white, red, and black deconstructed leather uppers with “Off-White for Nike Air Jordan 1, Beaverton, Oregon, USA © 1985.” One interesting feature was the floppy ankle collar with hidden “85” written on the inside. An oversized Swoosh sat firmly on the lateral sides while “Air” was written on the midsole and the word “Shoelaces” on the laces. 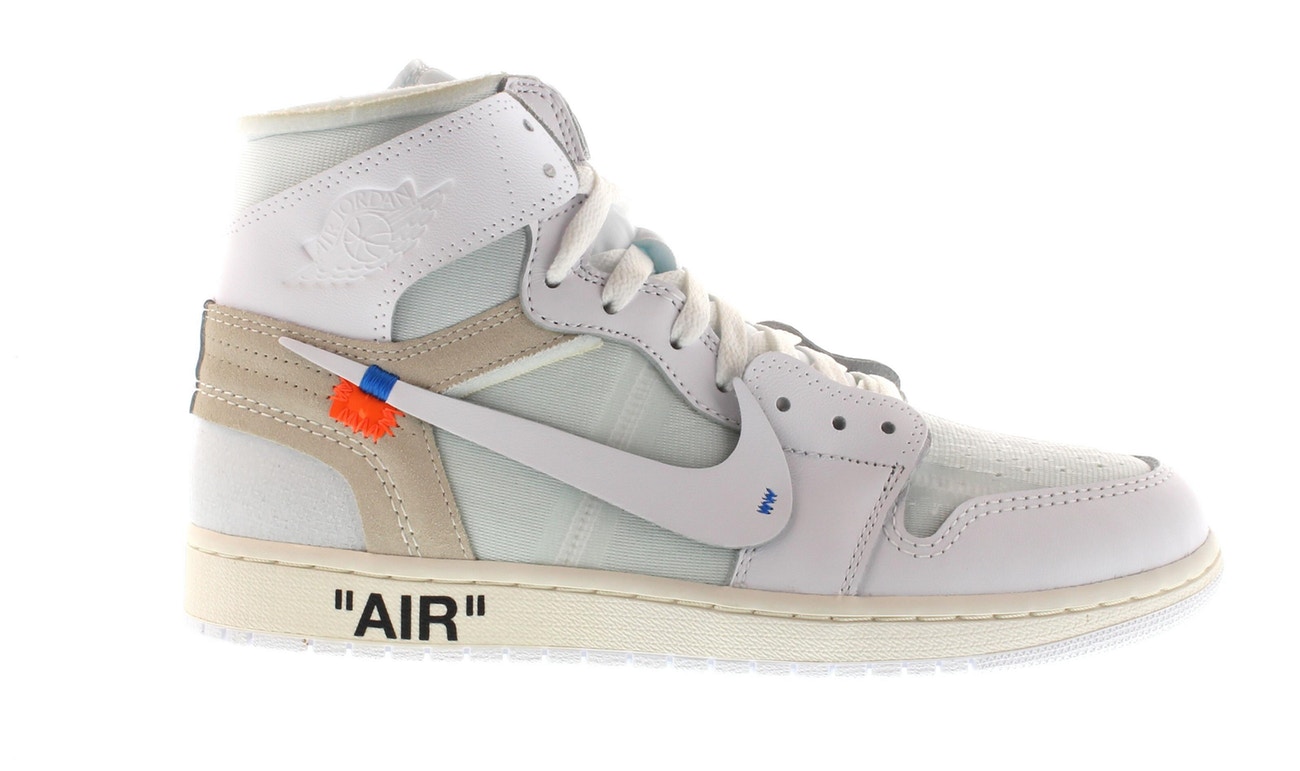 The second Air Jordan 1 Virgil recreates alongside Nike. This time, Virgil approached the sneakers differently, creating an all-white pair of sneakers looking as clean and simple as a spring shoe should.

The Europe-exclusive edition followed the same deconstructed theme. With premium leather overlays crossing the mesh uppers. The Swoosh is sewn on the sidewall and held in place with blue stitches. The Off-White x Jordan 1 White features numerous Off-white detailings such as the “AIR” word along the midsole and the vibrant hits of orange, and a baby blue zip-tie. 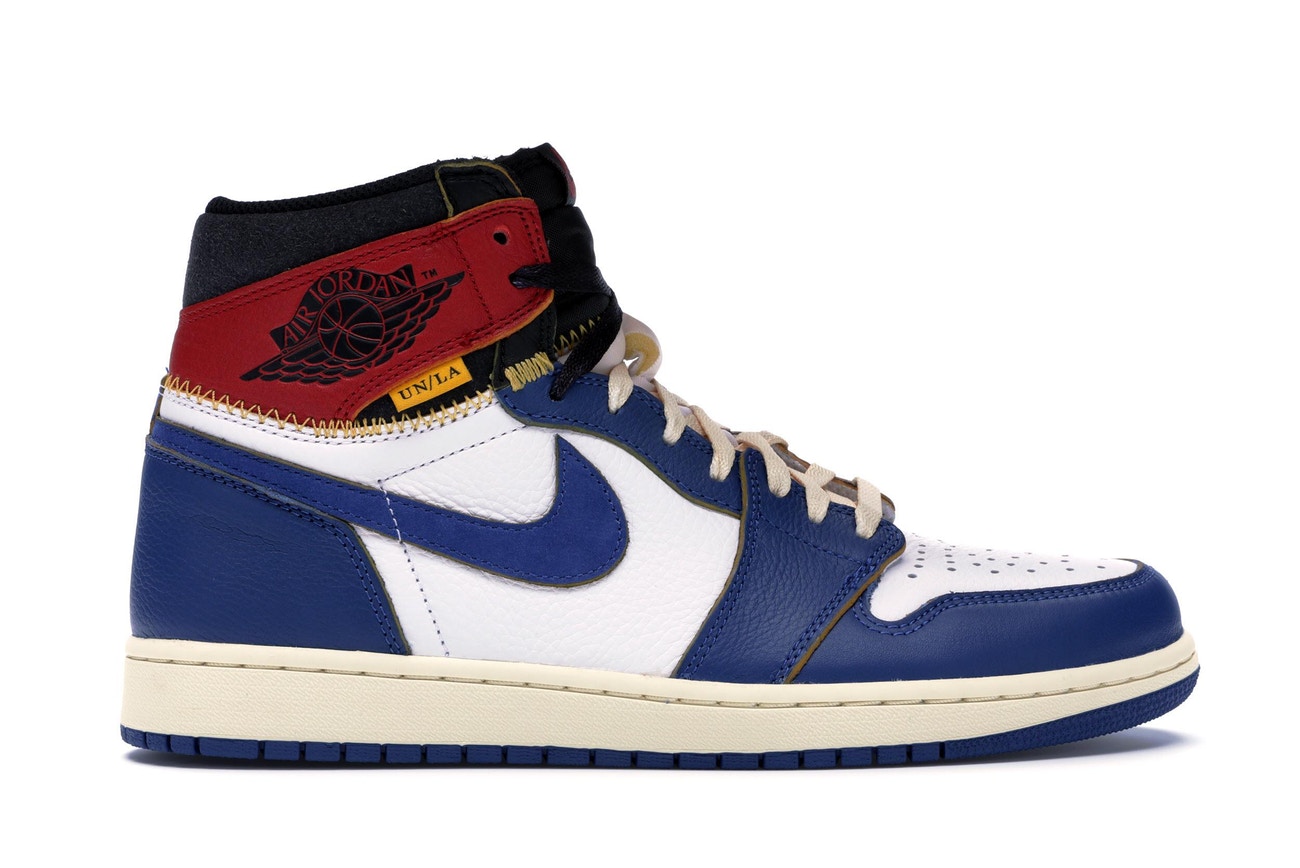 So, this was one of the best Air Jordan 1 colorways back in 2018.
In addition to the unique construction and aesthetically pleasing color scheme, the initial debut of these sneakers was a big deal. The pair which revealed itself through a hidden camera prank at the iconic Rose Bowl Flea Market, infused elements of the 90s with the iconic Air Jordan 1 colorway. The pair was accompanied by a matching apparel collection and retailed for $190. 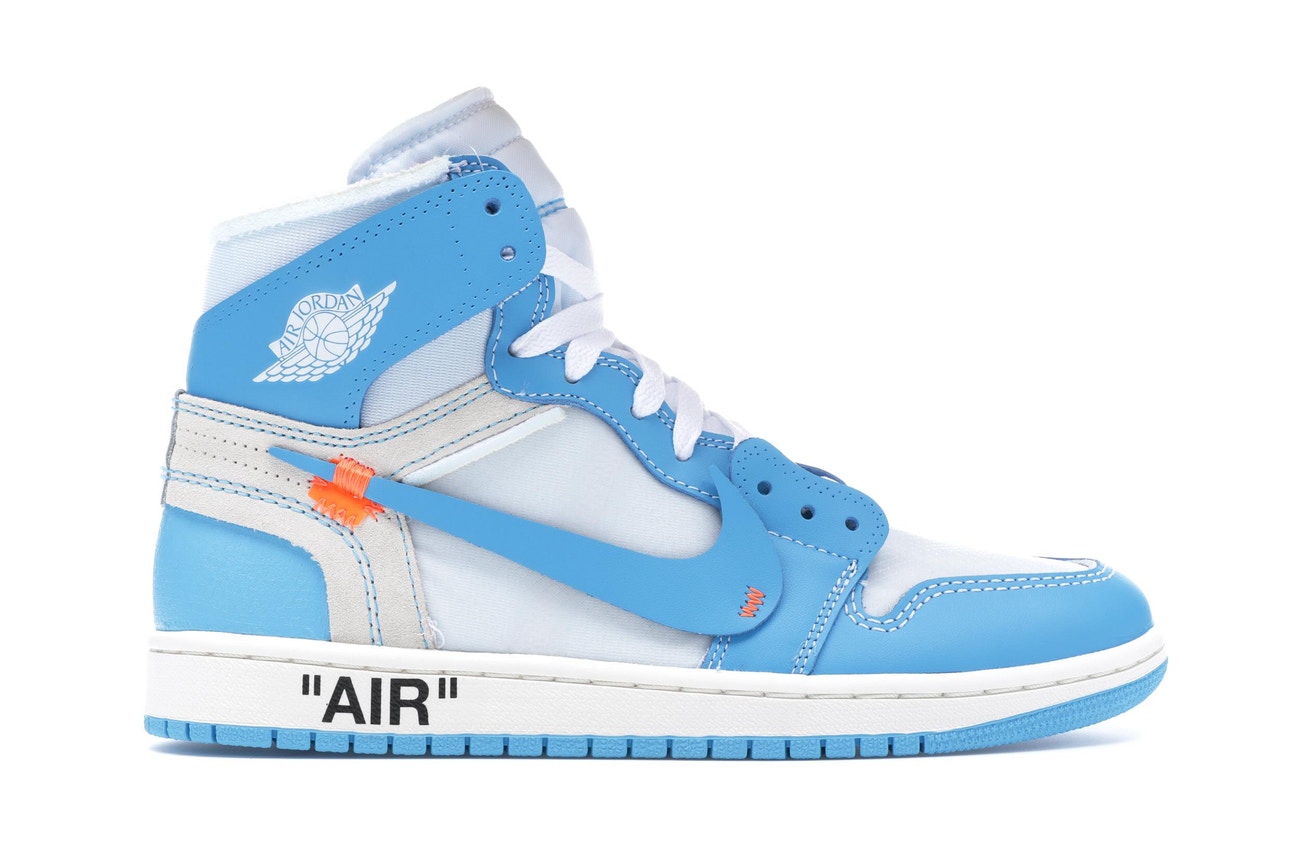 While the Chicago colorway was really impressive, it’s actually the 3rd Off-white x AirJordan 1, the UNC version that was the most unique.
Time for some Tobacco Road vibes with these Jordan 1 Retro Off-Whites.

The sneakers come in a white, dark powder blue, and cone colorway. With a white and blue deconstructed leather upper, Orange “Off-White” detailing and “quotes” throughout, this pair is a must-have for die-hard Jordan fans. 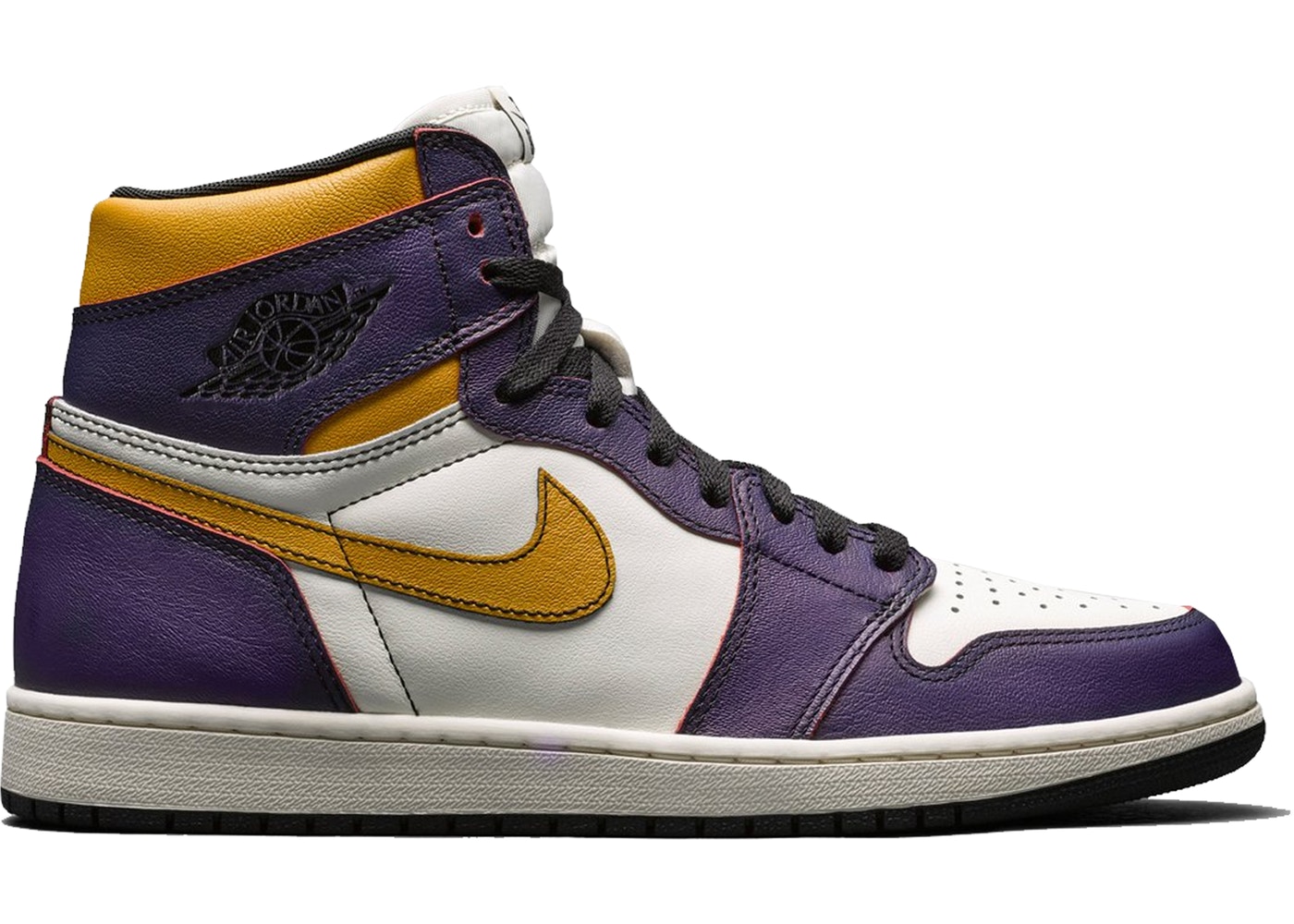 So, at the time of writing this, the Air Jordan 1 ‘Lakers’ hadn’t dropped yet. But this won’t stop us from admiring those kicks.

This pair flaunts the Los Angeles Lakers color scheme with a white toe box and premium leather panels. Purple used on the toes, heels, and eyelets. While yellow covered the Swooshes and ankle collar. The Nike SB X Air Jordan 1 “Lakers” is set to release on May 25th, 2019.

Start Your Own Collection

And no matter how many Air Jordan 1 colorways the brand releases, they will sell out. Jordans aren’t always about reselling and making some extra cash, they’re about the culture. A culture that Nike alongside Jordan brand built way back in the ’80s, and still rule with every new sneaker they drop.

Now, what would it take for you to get a hold of some Js?
Well, building a decent sneakers collection takes time and patience. And if you don’t cop at retail, you’ll need to spend some extra cash to make up for that L. Unless of course, you have a sneaker bot that’s which eats up the stock on every Air Jordan 1 drop. So check out AIO Bot’s features and users’ success proof before the next big Jordan release.