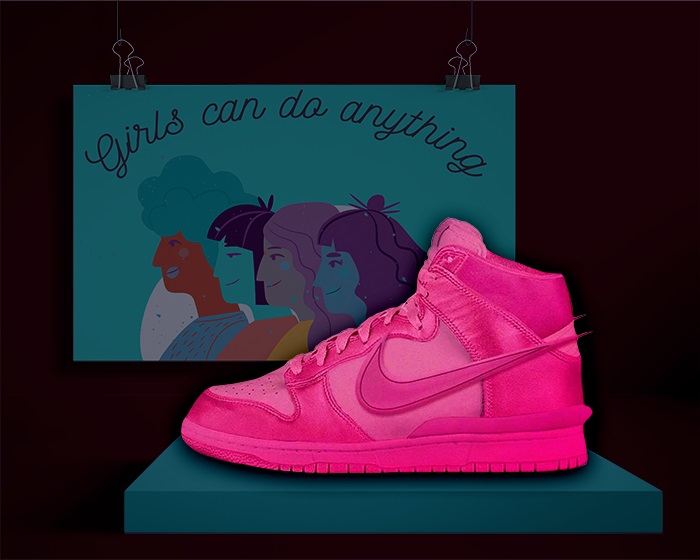 "text-align: justify;">When we say AMBUSH, we hear Women Empowerment. Add that to the Nike flame and expect a heck of a Women Revolution! Although AMBUSH started as a jewelry line in Tokyo, this brand rose fast and introduced pop-inspired unisex apparel. Ambush’s designer didn’t stop there. She had set a higher goal for her brand. And that led to the new highly-awaited Ambush x Nike sneakers.

In fact, following its many successes, the brand started teaming up with high fashion brands like Louis Vuitton and more. This led to joining forces with Nike and the NBA. Ambush’s designer became the first woman to collaborate with those two. AMBUSH joined the sneaker industry not so long ago. However, its innovative designs found their way to the top of the hottest sneakers list. Following the release of the high-top version of the Air Max 180, Ambush became familiar with reimagining classic Nike silhouettes.

Follow along, we’ve got some hot news for you at the end! 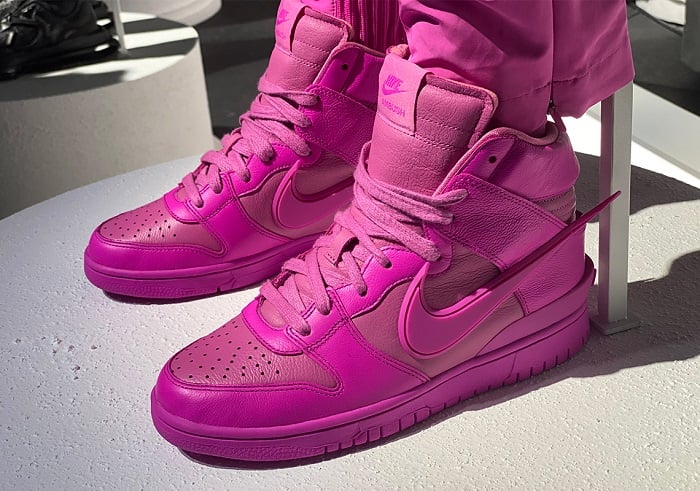 Although not its first collaboration with Nike, Ambush went big when reinventing the classic High Dunk. The first Ambush x Nike dunk features a higher cut-ankle collar when compared to the OG High Dunk. Weapon-like double Swooshes overlap the sneaker’s leather upper and go past its heel. The dual-branded High dunk version first appeared during Nike’s New York Fashion Week. It instantly caught the eyes of the audience with its awesome modern execution and avant-garde look. The design seems to be highly influenced by Japanese culture. In fact, the rubber Swoosh pays homage to the Japanese Bosozuku bikes and Dekotora cars famous for their extended pipes.

Talk about a Hype Mark take on the High Dunk silhouette! While the first drop showcased a classic B&W colorway, the new kicks take a feminine spin. They scream BOLD Lethal FUCHSIA. Check out the release deets of the futuristic silhouette’s second colorway drop!

Does the colorway surprise you? Definitely doesn’t surprise us! Ambush’s Yoon already revealed her intentions in her latest streetwear collection. The designs emphasize women’s strong presence in the industry. Ambush shows off once again their love for fresh cuts, luxurious materials, and innovation. This new dunk version highlights the same features as the previous one but with a far more aggressive colorway. It also highlights a more padded and elevated tongue that is marked with the AMBUSH name. 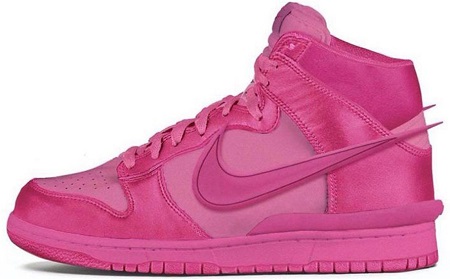 Now, it’s time to reveal something that’s gonna get the hypebeasts’ eyes popping! The new lethal pink Nike Ambush colorway will have a minimum resale price of $1,000! That’s a minimum of $800 profit! Cop the new Ambush x Nike Dunk Pink from Nike.com and select retailers. ANB is ready to make sure you score your cops! Don’t forget to share with us your success on Twitter by tagging @ANB_bot.