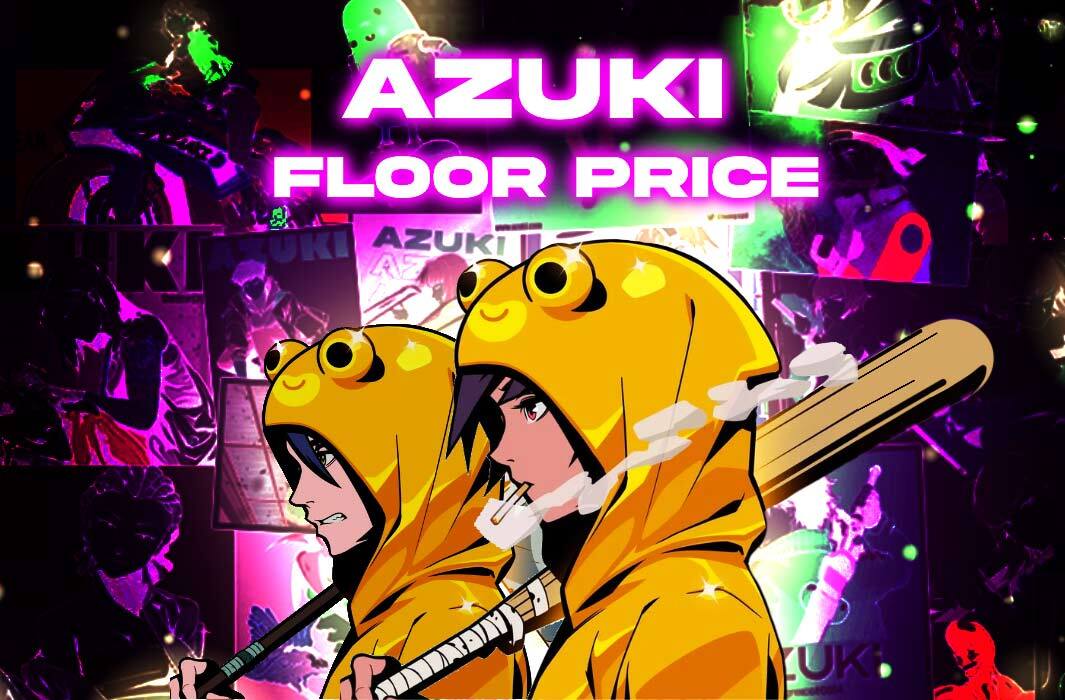 Rumor has it that 2023 is going to be a good year for NFTs. Not trying to jinx it, but with BAYC’s floor price pumping 12 ETH one week into the new year and now Azuki’s, it seems like a bull market is approaching. For real though, what a year 2022 has been for Azuki! Zagabond was unveiled as the creator of failed projects, Valhalla x Azuki conspiracies spiraled, and the big hit FTX caused the market. I think it’s safe to say, that Azuki polishes up real nice despite all odds. I wish I was exaggerating but everyone is buying Azuki NFTs like it’s the apocalypse! Azuki’s floor price pumped 3.5 ETH just four days into 2023. Let’s dive in and see if we really are at the tip of a bull run.

The following is a chart from NFTinit that maps the floor price of Azuki since its launch in January 2022. At first glance, it’s very evident that Azuki got a major pump back in April 2022 at 34.4 ETH, and its first major price drop was in May. Ever since the crypto market crash back in May, Azuki hasn’t been able to go back to its all-time high FP of 34.4 ETH. Just a little reminder that the ETH at that time was equivalent to $3,500, so the lowest price for an Azuki NFT was $120,400. I don’t know if Azuki’s floor price could ever recover and go back to being worth $120,400. But then again it’s pretty much related to whether the whole crypto/NFT market is going to recover.

Looking at the bulk of circles hovering over January 5, the chart is screaming of sales. From January 4 to January 10 alone, 698 individual Azuki sales were closed. I mean, we technically know that the increased sales spiked up Azuki’s floor price, but why is there this sudden thirst for Azuki NFTs at the beginning of 2023??

idk whats going on in the NFT space right now, but I'm here for it pic.twitter.com/ri1ZznrxY4

We can also notice another huge wave of whale buy-ins on January 9 that kept the Azuki floor price back at 16.9 ETH. Let me demonstrate the hype in an example, EB7 has been very vocal since the beginning of this year about his desire to buy Azuki NFTs, and oh did he buy them!

Why is Everyone Buying Azuki NFTs in 2023?

Let’s make one thing clear first, I am no financial expert, and I can only speculate by linking dots together. So why is the Azuki floor price pumping like crazy? Because everyone is drooling over buying Azuki NFTs. Now, why is everyone buying Azuki’s like crazy? I think there are several reasons I can think of:

There are many reasons why the Azuki NFTs are in high demand, take your pick at it! 2023 is gonna be a good year, I can feel it. Now, I leave you with this reply to a tweet ” You gonna wanna always have an Azuki in your wallet“. The community knows something we don’t, so are you going to invest in an Azuki NFT?

I’m gonna say this here and we can come back to this tweet in 3-6 months. You gonna wanna always have an Azuki in your wallet. That’s it that’s the tweet.