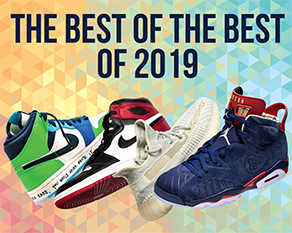 2019 has been one heck of a ride. With the sneaker industry booming, sneakers dropping every other day, sneakerheads had a blast all year long! Well.. the ones with bots at least. So we decided to round up the best sneakers in 2019 for you. If you have them, good job. If you don’t, well you should either head to the resale market or boost your bot game up! 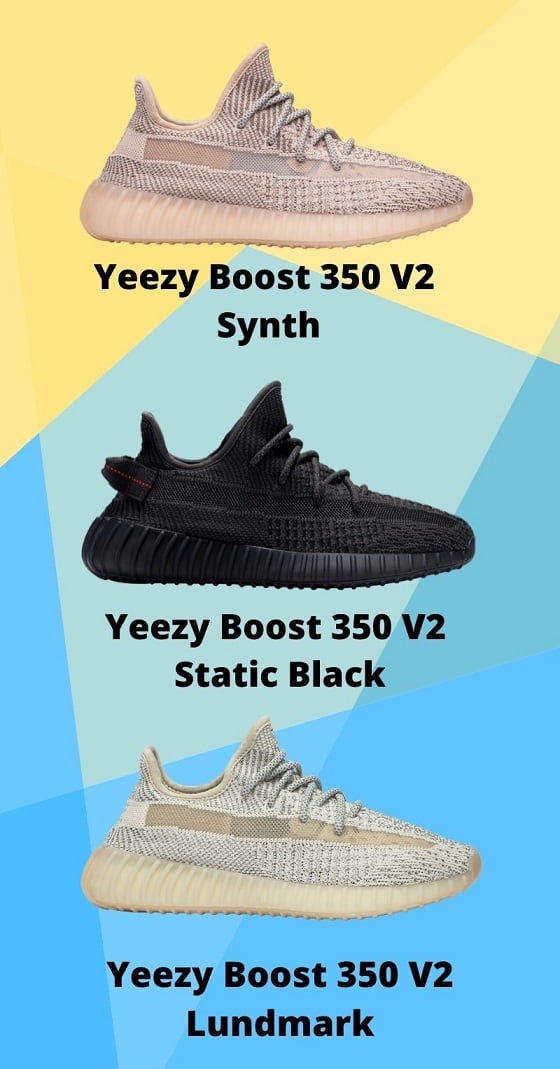 The following Yeezy Boosts were chosen according to their average resale value right now. (Mind you, these might change at any second!)

an average resale value of $1,242, this is the most successful Yeezy Boost of 2019 and it can possibly make it to the hall of fame of Yeezys.

Who doesn’t need an all-black Yeezy for the “I didn’t want to bother with color matching” days? However, if you really want reflective Statics, you should have around $1,153 to spare!

Another plain colored Yeezy. But hey, who are we to judge Ye’s color taste? In fact, a lot of people seem to like it, especially that it sells for an average of $964 right now. 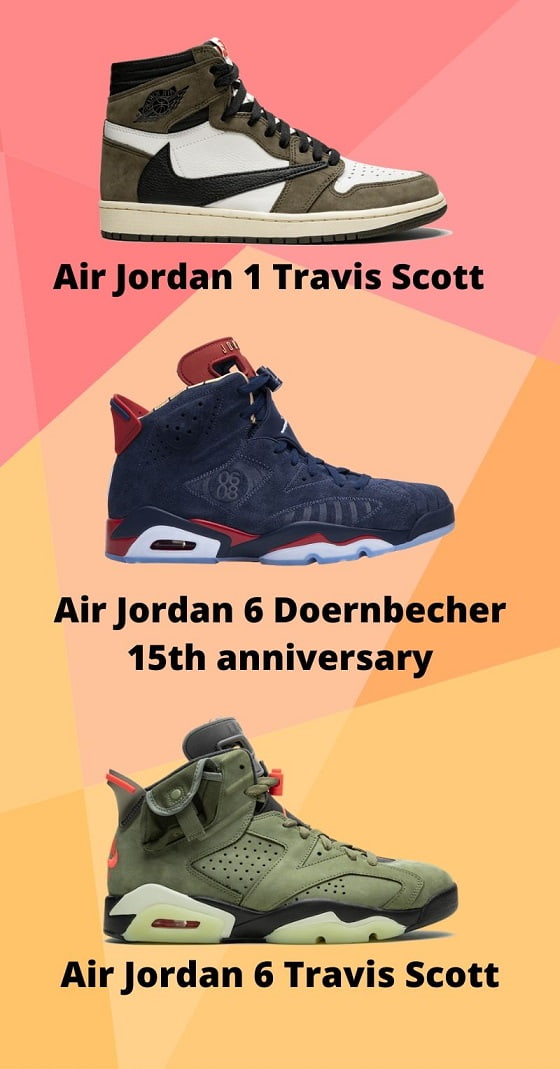 Again, the Jordan ranking is according to their average resale price. You might like something else, and that’s totally valid. After all, style is very personal, and that’s why we tried for the most objective option.

People absolutely lost their minds over the backward swoosh and the new brown colorway. It might not be Travis’ first Jordan collaboration, but it definitely made it to the list of the best sneakers of 2019! Well, for $1,111, it definitely is!

The Nike Doernbecher collab always gives us some of the best sneakers, along with amazing stories to tell! But this shoe was such a success in 2015, that Jordan Brand re-released it after 15 years! In 2019, it actually sold for an average of $927!

The shoe that left people talking and waiting for many months! Well, that’s simply because it’s actually one of the best sneakers that Jordan has ever collaborated on. The colorway and the silhouette couldn’t have been any better. In fact, for $817, it surely should be that good! 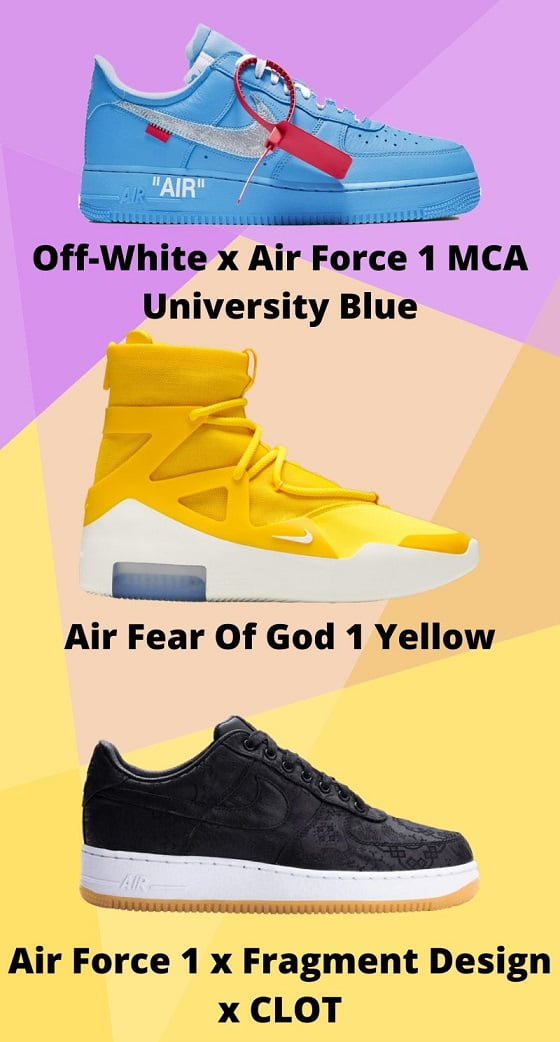 We’re just carrying on with our list and it’s Nike’s time! We’re also going to be ranking the best sneakers by average resale price because it’s super hard to be objective when you love them all!

Virgil Abloh dropped some of the best sneakers of 2019. So it’s natural that one of them made it to our list! At an average resale value of $1,920? It totally should!

Let’s just get one thing clear first. The kicks are excellent! They have the most vibrant yellow color that makes you want them. And honestly, at an average of $1,035, it’s worth every penny!

Whenever we hear that CLOT is involved, we know that the collab is going to be amazing. So what if fragment also got involved? A black Air Force that screams luxury. And you better believe that because it costs an average of $957 in the resale market! 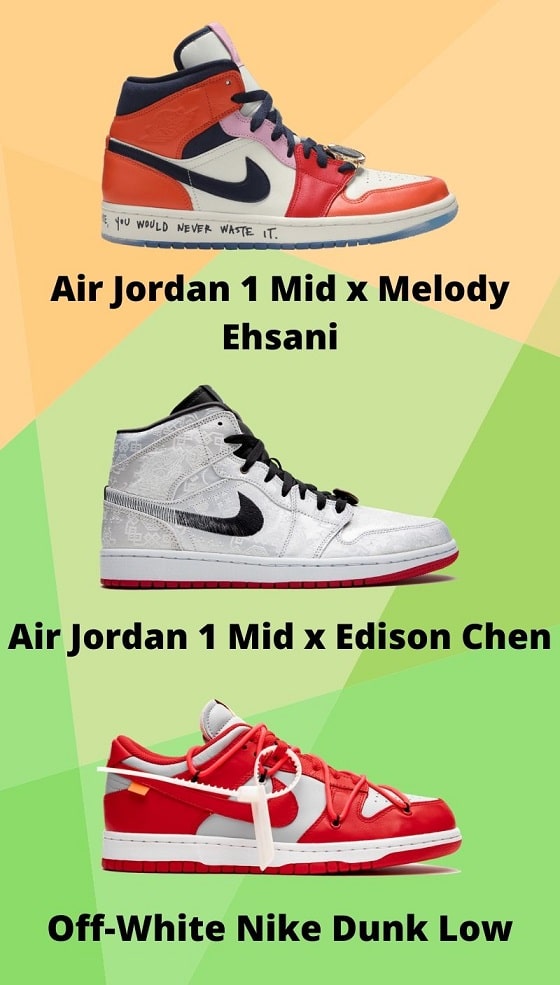 Alright, so here, we’re getting out of the box for two reasons.
One, we won’t count the Jordan x Nike and Adidas x Kanye collabs anymore. That’s because both Jordan and Yeezy managed to establish themselves as stand-alone brands. And this is so true especially that Jordan started collaborating with other artists as well. We can all remember the Fearless Ones!!
Two, with this ranking, we’re going personal. What we rank here might not compare to the number of sales or resale values that other collabs scored. To each his own ya know.

Let’s start by saying that it’s our favorite out of the Fearless collection! As a female, and as a feminist, Melody Ehsani wanted to highlight women’s power with this collaboration. And that, she did!

Again, CLOT made it to our list of favorites! Another Fearless collaboration that hides another layer of the upper that’s intended to start showing after wear.

Another one of Virgil Abloh’s masterpieces. We were kinda lost which colorway we should put on the list, and after a lot of thinking, we decided that the red colorway was our favorite! 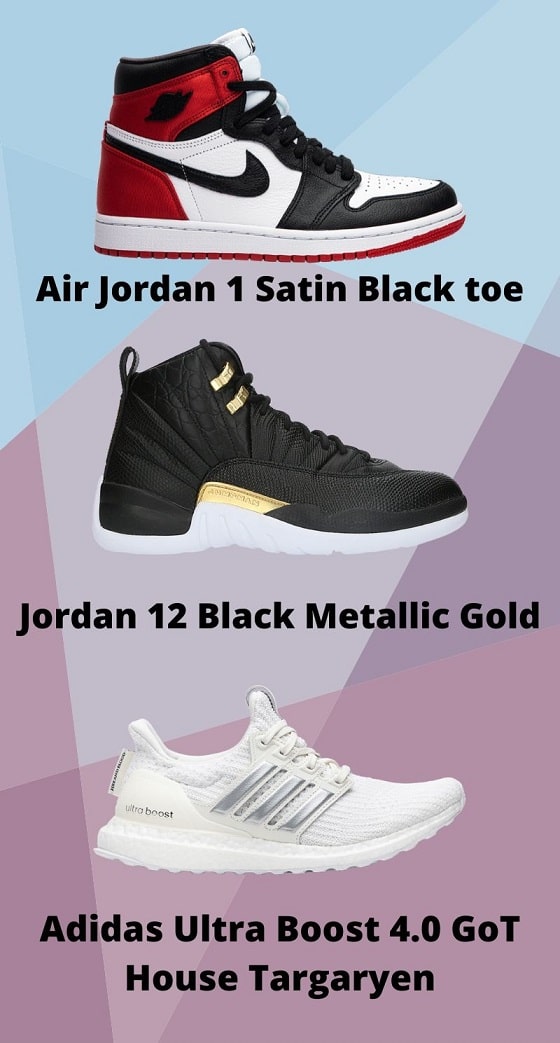 We haven’t forgotten about all the lady sneakerheads out there. So, to all of you ladies, we present our personal favorite women’s kicks for 2019!

Always wear your Jordans with pride ladies! The Satin Black Toe is a must-have for every lady sneakerhead ou there. It’s as close as you could get to the OGs!

Ladies are ballers too. So if you’re looking for a pair of Jordans to go on the court with, the Jordan 12s are the kicks to go for.

Are you a Game of Thrones fan? Are you a running fan? Well, the Ultraboosts aren’t “the greatest running shoes of all time” for nothing. The best thing is, you can actually get it for less than retail on resale platforms!

Well, now that we rounded up the best sneakers of 2019 we must get ready for everything that’s about to drop in 2020! What kicks do you think would take the sneaker industry by storm next? Whichever they might be, you should definitely have a bot by your sides to cop them all!