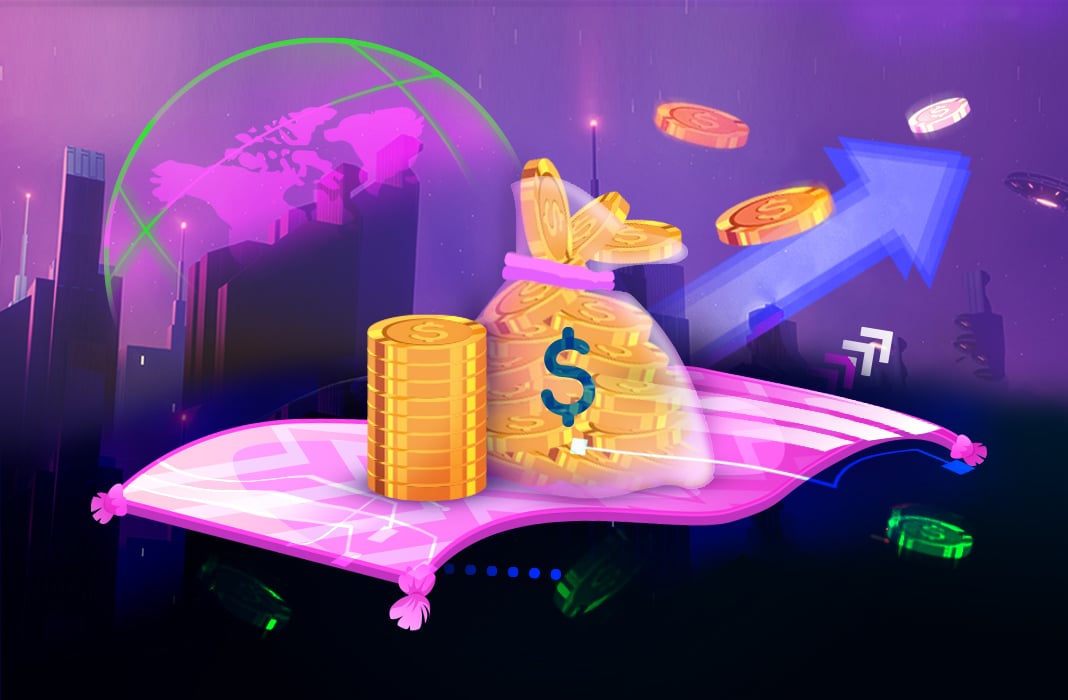 Falling for an NFT rug pull is definitely everyone’s nightmare – the one thing keeping us up all night! However, it doesn’t actually have to be that way if you know how to avoid it all! Learning the patterns and seeing the signs is the definite way to go. Also, learning from other people’s past experiences. Hearing about the biggest and most EXPENSIVE rug pulls in NFT history is the only incentive you’ll ever need.

Global interest in non-fungible tokens has made them an attractive target for spamming, spoofing, sniping, phishing, hacking, and more! BUT, although these hurt on a larger, more expensive scale; scams happen in any industry. However, if you’re careful about it, you can go your entire life without falling for one! Luckily for you, we’ve actually got a list of the top red flags you should look out for. So you don’t become a victim to an NFT rug pull! Click on the button below to find out more.

And keep on reading to find out more about the most expensive and borderline unbelievable rug pulls in history! With potentially 100 MILLION DOLLARS on the line in some of these pulls. And the worst thing about it all is, that there’s nothing you can do about it. Find out more!

First, we’re going to start with an NFT rug pull that has the entire industry absolutely SHOOK. And, although this scam is not the most expensive one on this list, it is definitely the most interesting! Investors of the Frosties NFT lost 1.3 MILLION DOLLARS in a blink of an eye. Just like that… poof!

This was the very first scam of 2022 and here’s how it went: Frosties is a collection of 8,888 cartoon ice cream NFTs on the Ethereum blockchain. Upon launch, the NFTs sold out almost immediately. But, this is where things started to get a little strange. The Frosties website, social media, and Discord servers were deactivated… And that was it! They just shut down the entire project out of nowhere, running away with the project funds – aka investors’ money! This NFT rug pull is valued at an amount of 1.3 MILLION DOLLARS. The alleged creators have been caught and charged with one count each of wire fraud!

Next, we’ve got the Baller Ape Club NFT rug pull which was basically freeloading off the popular collection BAYC. Looking back, this should have probably been the very first red flag. Creators of this NFT collection ran off with 2 MILLION DOLLARS worth of ETH and SOL in investors’ money.

However, spotting these red flags was slightly a bit more difficult. The Baller Ape Clu had a team, community, and investors to make the sham appear more legit. It was a collection of 5,000 NFTs sold at a price of 2 SOL each. Just after the public mint, the admins deleted all socials directly after the sale. Their NFT rug pull cost 2 MILLION DOLLARS after they disappeared off the face of the Earth!

Biggest Red Flag: Their team was not a doxxed team – including their devs. And, they’re ripping off a popular collection’s general theme!

And then, along the same lines, we’ve got the Evolved Apes NFT rug pull worth 2.7 MILLION DOLLARS. It already shares a lot of similarities with the Baller Ape Club starting with the fact that they’re apes!

This collection included 10,000 NFT apes whose creators disappeared instantly after the sale of their non-fungibles. Also includes the funds that were for project-related expenses. And, to make matters even worse, the artist behind the entire collection had NO IDEA. Poor bastard…
This is usually how it goes for these types of scams! Their anonymous developer – aka Evil Ape (go figure) – stole 2.7 MILLION DOLLARS worth of cryptocurrency.

Biggest Red Flag: A lot of the project leaders disappeared before the scam and their announcements became noticeably less.

Finally, we’ve got the Azuki incident which doesn’t technically count as an actual NFT rug pull. However, it is interesting to see how things unfold and start to play out like a real scam. This way you can start telling the difference and identify actual shams!

The Azuki NFT collection consists of 10,000 avatars that give their owners access to The Garden. This is the place where artists or builders can meet and create decentralized objects. On May 9, 2022, Azuki’s founder Zagabond published a post stating that he has previously been involved in 3 abandoned NFT projects: CryptoPhunks, CryptoZunks, and Tendies. This announcement got a lot of backlashes – to say the least. Something that is very understandable! That same day, the price of an Azuki on OpenSea dropped from 19 ETH to 10.2 ETH!

People were afraid that Zagabond would abandon Azuki as well. And so, the panic caused the Azuki floor price to fall by almost 50% within hours! This ultimately reduced the market cap by more than 100 MILLION DOLLARS. And although it wasn’t an NFT rug pull, the market reacted as if it was!

Biggest Red Flag: Lack of transparency from the project owners!

SHOULD YOU BE WORRIED?

So, should the idea of an NFT rug pull worry you about the entire NFT future? No.

You can fall victim to fraud in any community, but that doesn’t stop the entire industry from thriving! Your part in it all is to just be more aware of the signs and look out for the red flags. On the other hand, a lot of NFT platforms are working on regulating things to avoid future scams!

Non-fungibles are still relatively new. So, it will take a little time to come up with better security for an established market! Also, you can’t let these couple of scams take away from all the profit that you could make through NFTs. So, just be diligent, be aware, and look for the signs!