3 New Black Yeezys Coming Your Way. Get Your Wallets Ready! 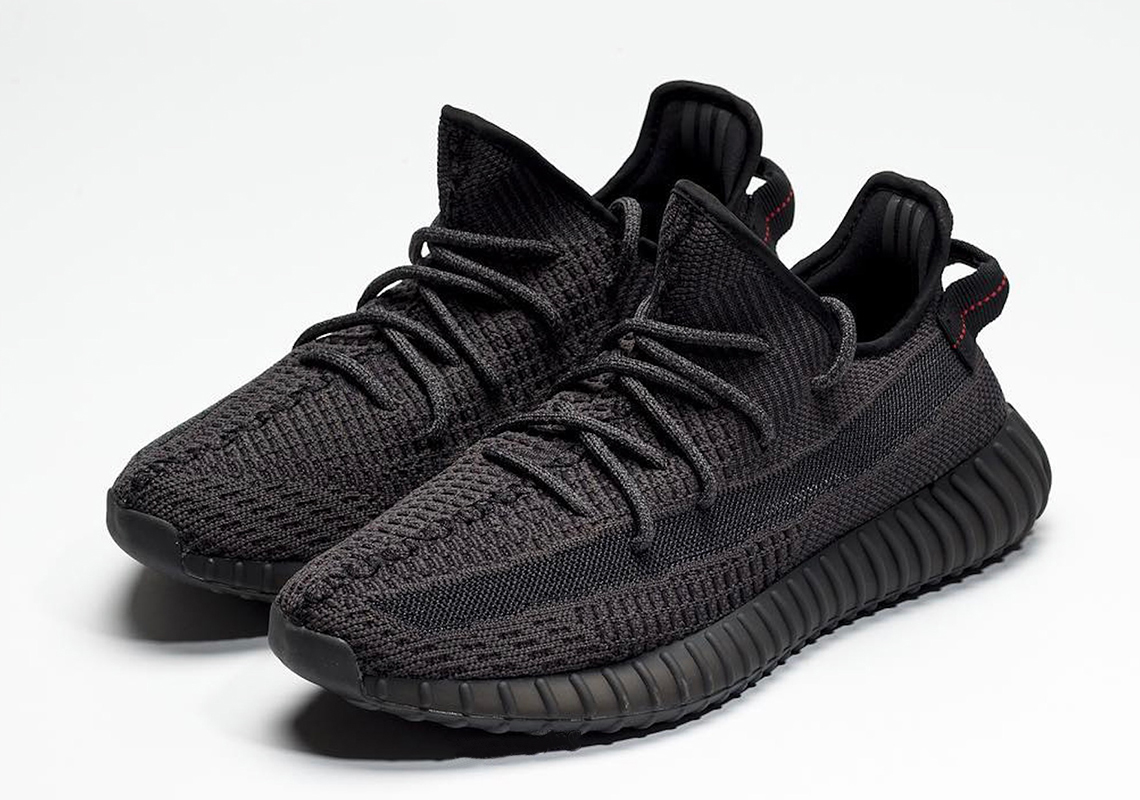 No matter what new Yeezy colorways drop, it’s always Black that the fans request. And this season Kanye is blessing us all with 3 long-overdue black Yeezys.

Starting May 26th, Yeezy fans will get the chance to heal their Ls, and make up for all the weird and not very welcomed colorways they’ve seen the last 1 year or so.

Looking back at the Adidas Yeezy partnership, there always has been an excess of earthy tonal sneakers. Kanye would drop a beige then brown followed by a grey Yeezy, always staying true to his favorite palette. And it was actually quite rare to see bold colorways such as the Yebras or even some all black Yeezys.

During 4 long successful years of this creative marriage, we only got to see 3 completely Black Yeezys. 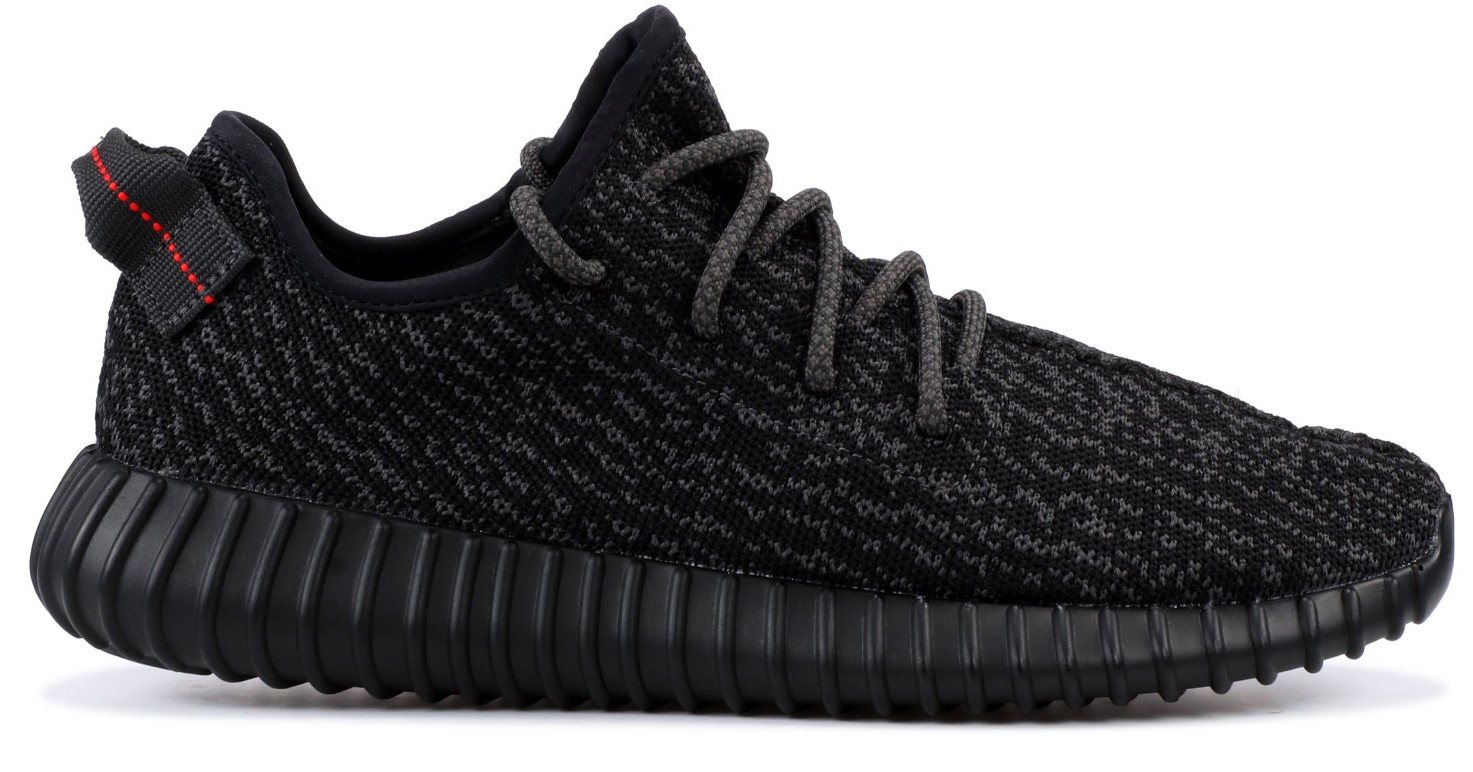 The third Adidas Yeezy pair to make it to the hungry masses, the OG of all Yeezys. The pirate blacks dropped back in August 2015 and were re-released once again in 2016. And these were the only fully- black 350s we ever see.

Although they’re selling around $850 now on StockX, the Pirate Blacks had some really good days. Peaking at $1800+ back when Yeezys were it. And even when Yeezys lost most of their resale value, the pirate black remained one of the most profitable pairs to date.

As for the features, the sneakers offer a pirate black/dark gray Primeknit upper with branded suede patches on the medial sides. In addition to patterned dark grey rope laces, red accented heel tabs, and a black Boost outsole. 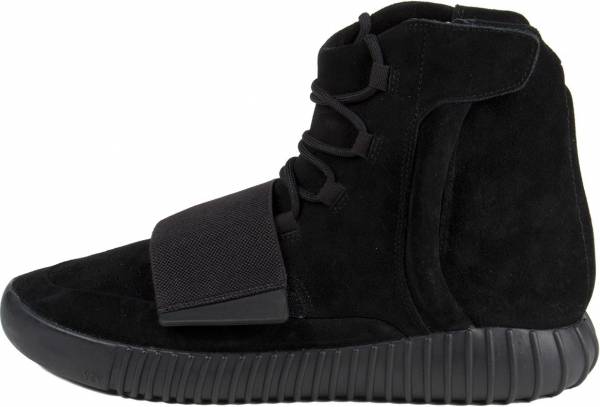 This blacked-out Yeezy Boost 750 version also released in 2015. That was a great year for Yeezys! It was the second colorway of the infamous Yeezy 750 line, following a grey version. The high-top silhouette’s suede construction is complemented by a matching midfoot canvas strap and Black Boost midsole to give the shoe a tonal look.

Not that the Yeezy Powerphase holds any reselling value, but they’re still Yeezys that were made available in an all-black version.  The Adidas Yeezy Powerphase Calabasas features a leather monochromatic black outers. In addition to Adidas branding in green next to a red Trefoil logo. 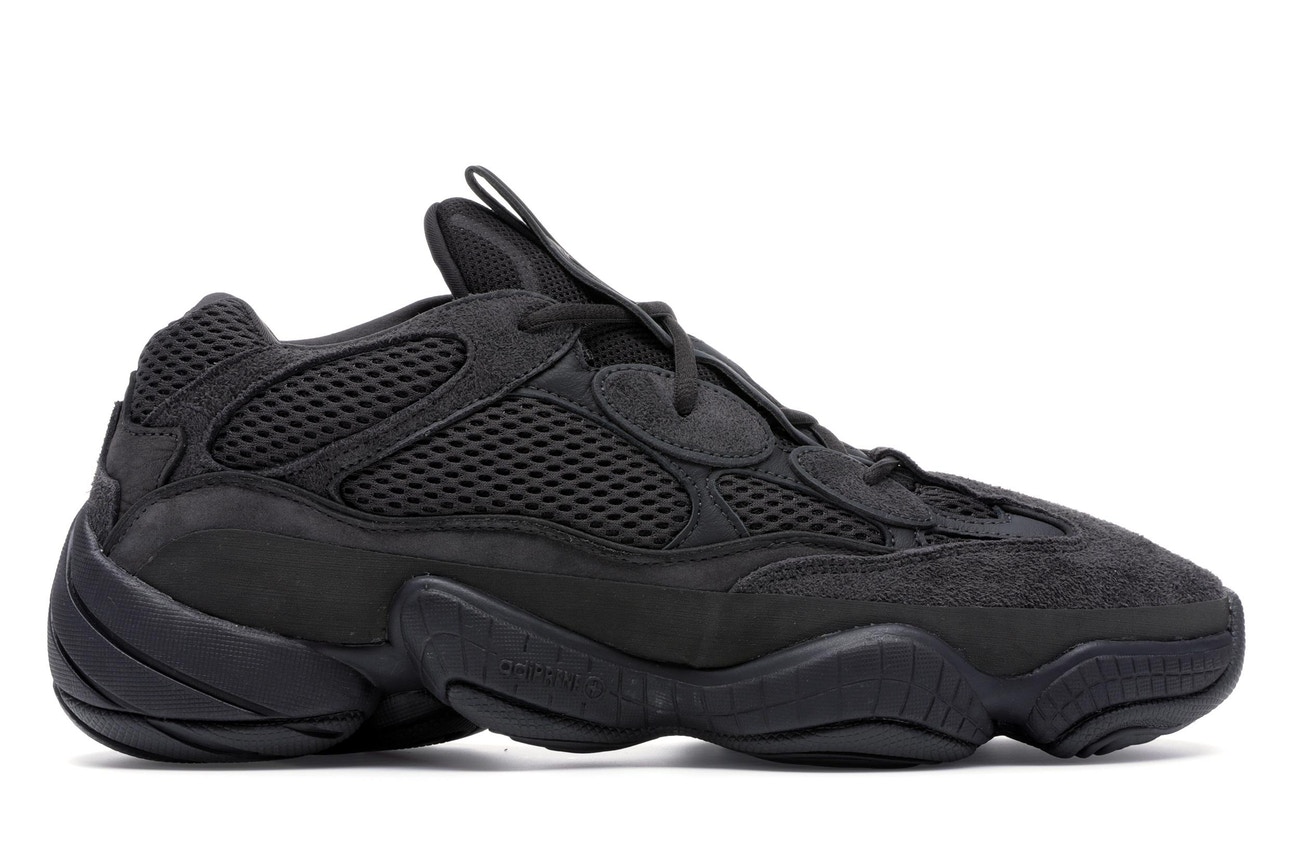 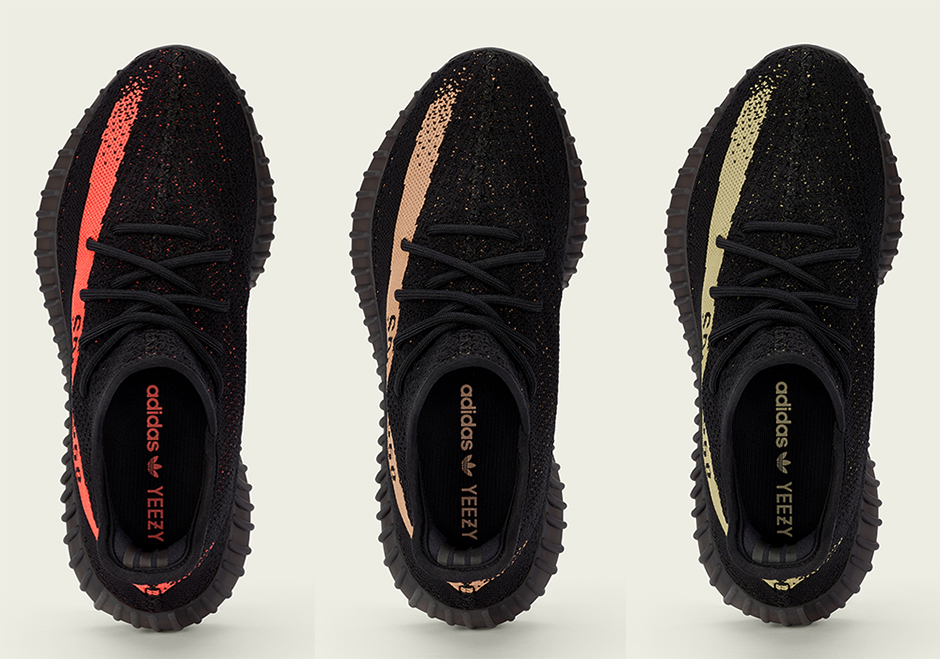 You might be thinking, what about the 2016 350 V2s, well, they weren’t all-black. In 2016, Kanye dropped 5 consecutive black Yeezys which, along with the Beluga 1.0, were the debut of the 350 V2 line. The stripe on 4 of the 5 pairs held a pop of color. Red, Green, Copper, and White covered the signature stripe on the medial sides of the shoes. While the Yeezy Boost 350 V2 Bred, ditched the stripe for a bold red ‘SPLY-350’ showing on the sides.

The Vantas offer a mixture of leather, suede, and mesh for the uppers. And the color scheme is a gradient going from white to dusty grey, keeping the whole shoe dark and in line with the next couple of drops. You can get a hold of a pair of Vantas for $300, granted you have the skills and knowledge, and a powerful sneaker bot that can do the job. If you don’t have one, check here!

It’s Black for every Yeezy this season. Same as with the 700 V2 and 350 V2, the 700 is getting all blacked-out. The Dad-shoe Yeezy Boost 700 will be Kanye’s third pair of sneakers to hop on the all-dark train, with a “Utility Black” colorway.

Dropping on June 29th, the monochromatic colorway and combination of material highlight the aesthetic of the shoes even further. The uppers of the Yeezy 700 are made up of mesh, black suede, and black leather. the silhouette sits on top of BOOST cushioning covered by the classic gum outsoles.

This is the pair everyone is most excited about. Actually, this could be it! The Yeezy to bring back Yeezys from the dead.
After 4 long years since the Pirate Blacks, we are pleased to announce the release of the new all black Yeezys this June!

The uppers hold on to the unique Primeknit pattern as well as the now-standard see-through mesh stripe panel. Following on the footsteps of 2015’s Pirate Black, the laces, as well as the stitching along the length of the shoe, are dotted with white. Also, much like the previous black Yeezys, the new version makes use of a subtle red stripe across the heel-tab.

And if that wasn’t enough to get y’all psyched about this release, 2 versions are rumored to be available. A reflective version taking inspiration from December 2018’s Statics, dropping on June 7th, and another matt edition dropping the following day on June 8th.

So get ready to go head to head with all those hungry Yeezy fans, who’ve been waiting for so long to get such a release.
Oh! and if black isn’t your color, the resale price of these might just change your mind.

Early pairs on StockX are selling anywhere between $600 and a good solid $1K! And these are numbers we haven’t seen on Yeezys in quite a while.

Still not sold? Well, Kanye and Adidas have been busy creating, and you’ll be busy copping. The season is still young and you’ll have plenty of new Yeezys to choose from. See for yourself!