Blue Chip NFT: What and Who are the Blues? 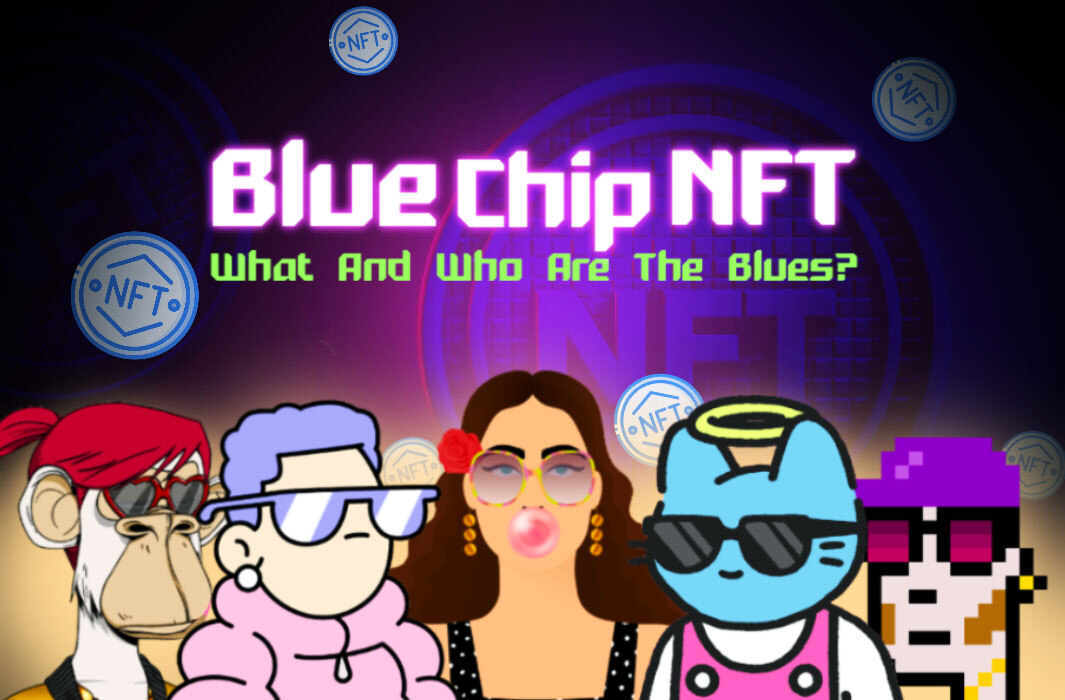 If you’ve just dipped your toes in the crypto ocean or been swimming in it for a while, you probably already heard about blue chip nft. So what is it? Is it gonna leave you feeling blue? Not really, well… it might if you’re a BAYC holder. Okay, going too fast. Let’s start with the basics and work our way up.

What is a blue chip NFT?

In stock lingo, “blue chip” refers to companies considered solid investments with a high likelihood of keeping their value in the long run. For example, Microsoft, Samsung, and Apple. So, blue chip NFT is a popular non-fungible project that is expected to keep generating profit for a long time.

A blue chip company usually has a track record of stability, high profit, and consistency. But, when it comes to NFT, it doesn’t exactly go like this. So how do we know?

How to spot a blue chip NFT?

No engraved rules determine what passes as a blue chip NFT and what doesn’t. However, there are a few things that are indicative of such a project.

Since there’s no history to prove the success of an NFT project, investors turn to the team. A project having a doxxed team increases its probability of success. Also, if a team already has a successful NFT project, their second one has a high chance of being successful so people turn to support it.

Moreover, if a project has a well-known creator behind it, with a strong community of supporters, it has solid ground to turn into a blue chip NFT. The bigger and stronger the community is, the more likely the project is going to succeed consistently. So, a small tip, always check a project’s Twitter and Discord community.

For example, Gary Vee’s NFT collection performed and still is, incredibly well. VeeFriends currently has a 5.98 ETH floor price ($7,259.69 per the ETH rate at the time of writing) on OpenSea. Why? Because Gary Vee didn’t come from thin air. He is an entrepreneur and a famous public figure with a huge social media following. He currently has 3.1M followers on Twitter alone. So, it makes sense.

For example, GoblinTown does really well while being 100% up-front of having no roadmap and no utility. However, not having a roadmap is usually a sign of an NFT scam. It’s confusing, I know. But, wouldn’t you believe in a project if it has a stretched-out plan for the future?

For example, CoolCats have a really nice, and clear, roadmap.

Again, a blue chip NFT means a project that is profitable in the long run consistently. This means investors will need to buy these non-fungibles. What makes NFT fans open up their wallets? Art and utility. While a lot of projects are focused on art, it usually isn’t enough for NFT fanatics to invest in projects solely for the art.

They need more, they need utility. They want to buy something and actually get stuff in return. These projects generally offer a lot to their inventors like access to prestigious clubs, rewards, concert tickets, etc.

BAYC is a prime example of a blue chip NFT utility. It offers: 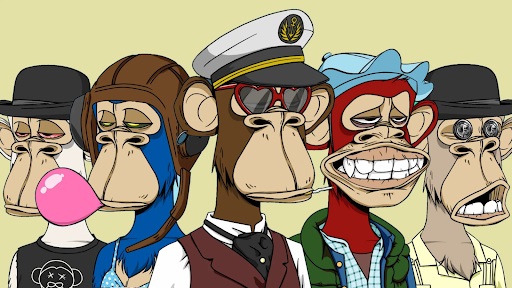 I’ve already told you a couple of examples, but here’s more if you’re interested in swimming in the blues.

Now you know what a blue chip nft is, and how to spot one, you might want to start paying. Well, steady up a bit. You have to understand one key thing, even in blue chip projects, there’s still a risk of loss. For example, even though BAYC is a blue chip NFT, it has dropped in value drastically over the last month.

We’re talking about a 60% drop from its all-time high floor price. And, Justin Bieber’s ape, which was once worth one million dollars, is now only worth $69K. So just be careful especially now since there’s a severe market crash happening. Read all about it here.