How Is Blur Marketplace Doing In 2023? 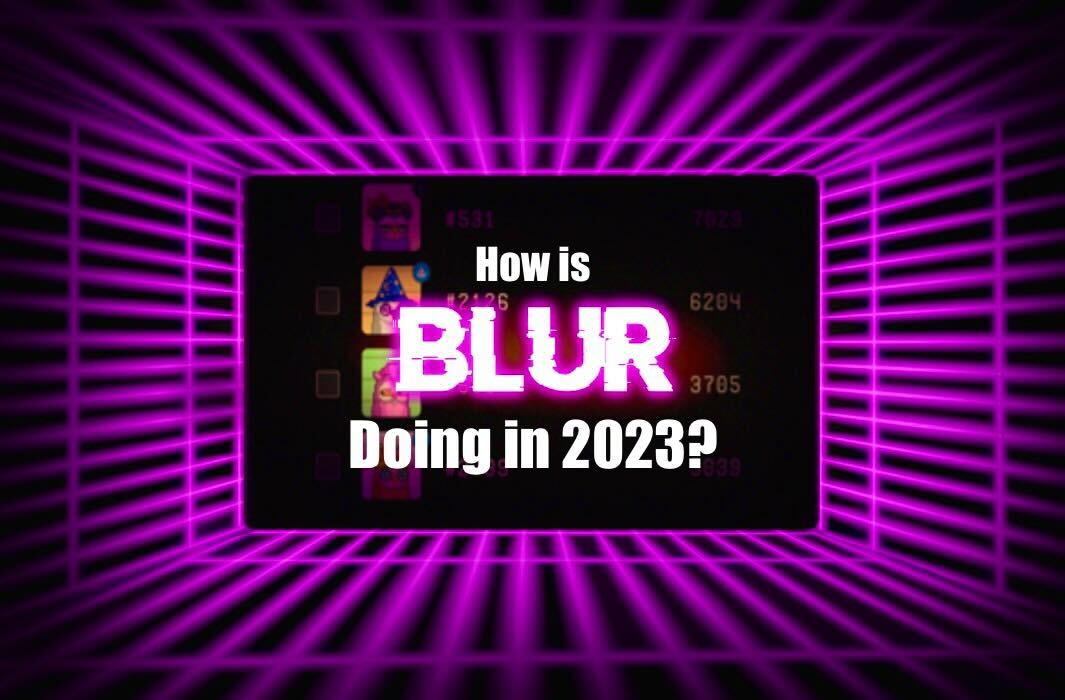 It is no secret that a new worthy foe is now rivaling our ever-victorious marketplace OpenSea. The solid contender is none other than Blur marketplace. Since its inception in October 2022, it took the non-fungible world by storm and proved its might. Let’s find out the deal with Blur marketplace in 2023, how is it doing?

We’ve previously gone over the ins and outs of Blur in our extensive guide, you can check that out right here! Now, however, we need to analyze the Marketplace’s moves since the start of 2023.

In addition, according to data from Delphi Digital, the value of NFTs sold on Blur reached $484 million in December 2022. That’s almost double that on OpenSea, which is pretty sick!

This is primarily due to Blur’s final airdrop, which incentivizes NFT traders to place bids on the platform.

If you want to hear more about these Blur ‘airdrops’ that catapulted this marketplace into stardom, check out our article here! And speaking of the airdrops, is the Blur hype solely credited to them?

Let’s find out using the numbers from Dappradar that are floating around the Blur marketplace in 2023.

Blur Marketplace in 2023: The Stats

According to Dappradar and in the last 30 days, Blur has guarded its honorable 2nd place ranking amongst all digital collectable marketplaces. Check out the top 5 lineups below!

It looks like the competition will be hot between OpenSea, Blur, Magic Eden, X2Y2, and LooksRare in 2023!

Now, let’s take a closer look at the Blur marketplace in 2023, and dive into the nitty-gritty details!

As you can see in the above Dappradar graph, the number of transactions on the Blur site witnessed a steady decrease. But, we believe it not to be so drastic.

Why? This can be easily explained by the airdrop fluctuations, so we don’t think it’s anything to worry about just yet…

Not to mention that the Blur community is eagerly waiting for the release of the native token BLUR on February 14th, so we expect an increase in these values really soon! Some people are even joking about it being the only thing they’re looking forwards to this Valentine’s day…

In contrast, the overall volume of transactions processed by Blur marketplace in 2023 during the last 30 days doubled! It increased by a whopping 56.29%, and we’re only 25 days into the new year! That is quite impressive for a fairly new face in the Web3 realm.

Although NFTs suffered a blow in 2022 due to all the crashes and scams, they luckily started recovering at the end of the year. OpenSea retains a strong lead when it comes to trades and unique users. But, you’ll still notice some of its competitors gaining ground, especially Blur!

And overall, the NFT marketplace space has become more diverse and increasingly hyper-competitive throughout the year. Will this trend extend to 2023? Will we see some major competition? We sure hope so!