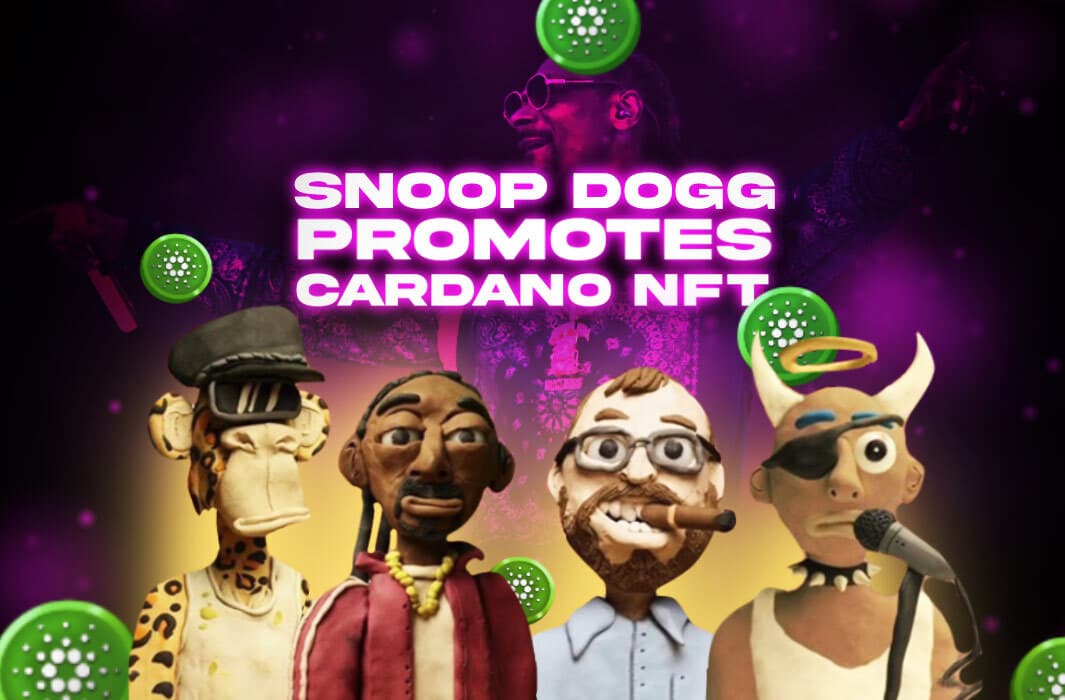 It is no secret that Snoop loves himself some NFTs! And his journey has not been limited. And since then, he has successfully crowned himself a legend in the Web3 space! So let’s learn all about how Snoop Dogg creatively revived this Cardano NFT!

The rapper is an avid collector of NFTs, including some unique pieces from the CryptoPunks and Meebits collections. Significantly, his collections are estimated to be worth around $17 million. Not to mention that he also recently collaborated with legendary Country Singer Billy Cyrus on “A Hardworking Man” NFT collection. Well-played Snoop!

How did this happen?

In detail, one year after his debut with his first NFT collection “A Journey with the Dogg”, the famous rapper announced a new collaboration for an NFT collection on the Cardano blockchain. This collection is none other than “Clay Nation”, one of the most iconic collections among Cardano NFTs.

Two days ago, Snoop Dogg released a 2-minute music video on YouTube dedicated to Clay Nation in collaboration with his very own son, Champ Medici.  It’s worth noting that Snoop Dogg’s son goes by the name of his alter ego Champ Medici, an ode to his bored ape NFT. Consequently, after the release of the video, the volume of traded items in the collection surged! It exceeded 100,000 ADA or $31,212, with the number of sales averaging at a value of 4,120 ADA or $1286.

The music video is quite entertaining, if we must say so ourselves! Basically, “Bron And Bronny” mixes both the Clay Nation Cardano NFT collection and the real world! Moreover, even Cardano’s founder Charles Hoskinson made a debut and played an active part in it. Talk about believing in your own product! In this trying time, with the recent Crypto market crash, the rap stunt has managed to slightly revive the Clay Nation NFT sales.

Cardano NFT: Who is Champ Medici?

Born Cordell Broadus, Snoop Dogg’s son was a four-star wide receiver recruit in high school and signed with UCLA NFL in 2015. However, he left the program last August. And Later in the fall, he indicated that he had lost his love for the game and had played for the approval of his famous father.

Champ Medici is a major player in the NFT world. He was inspired by his late pal Rapper Nipsey Hussle to venture into Web3. Now, he is a pillar of the Clay Nation community having joined it in the summer.  And he is making quite a name for himself!

Basically, since rival Solana (SOL) is facing some bumps on the road at the moment, Cardano currently retains its position on the NFT market and stands a good chance of taking the cake. We will keep you posted on everything worth noting. Stay tuned!