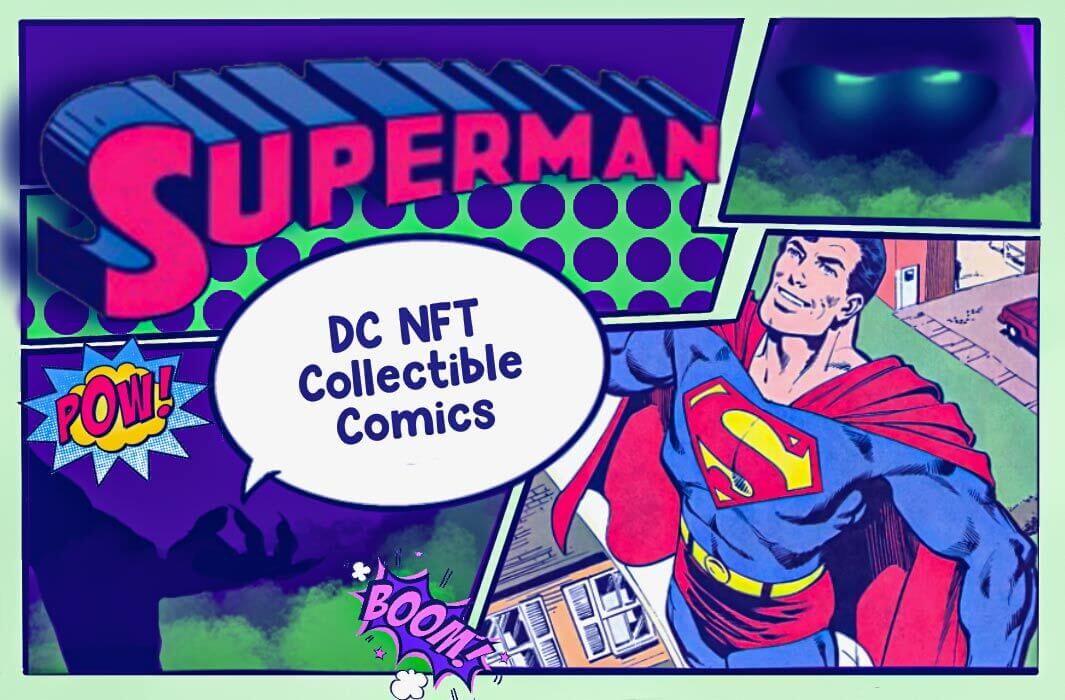 Warner Bros’ DC is famously known for its legendary characters that we all love. DC is carving the path to Web3 by releasing DC NFTs. Now you get to see Superman flying through the intricate maze of the blockchain while  Batman comes to the rescue in his Batmobile to ensure the safety of your wallets!

After releasing various NFT character collectibles, the longtime running DC studio is releasing its ICONIC comics as NFTs. The DC NFT Comics were first introduced when DC dropped The Batman: The Legacy Cowl #1 for exclusive NFT holders. After the success of Batman comic NFT, DC is launching DC Collectible Comics (DC3) as a project that drops classic and modern comics WEEKLY!

But first, let’s see DC’s timeline in the NFT universe.

The DC studio dove into the NFT universe by creating its own NFT Marketplace. DC designed the marketplace to buy, sell, and trade DC NFTs. It is THE official website. If you like to buy or sell DC NFTs, you first have to have an account on the website. All NFT transactions can only be made by credit cards, however, the studio is considering cryptocurrency in the near future.

If your favorite DC superhero is Batman, you are lucky. Batman gets his own collection! DC Studio dropped the first Batman related NFT collection, The Bat Cowl, on April 26. About 12,000 unique Batman head pieces were minted at launch for $300 each. The collection is a tribute to Batman’s facets throughout his 83-year-old existence. Each NFT has unique traits and rarity such as Materials, Jaw, Light Effect and much more. The lowest listing price for a Batman headpiece is $598. Moreover, Bat Cowl #82105 and many others have the highest listing price for a mind-boggling $9,999,999,999! Batman himself is in awe. 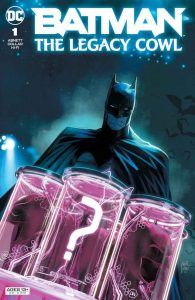 The Bat Cowl Collection is far more than just digital collectibles. The holders of a Bat Cowl NFT have the voting right on future Batman stories, from plotlines, characters to art. In addition, Bat Cowl owners will get exclusive fan art, behind the scenes access, and a Snapchat lens of their Bat Cowl headpiece.

Two days ago, on October 25,  DC explored the idea of NFT comics by releasing The Batman: The Legacy Cowl #1 NFT comic exclusively to the holders of the Bat Cowl NFT. The NFT comic’s price ranges from $104 to $9,999,999,999. The collection already has over 6000 unique owners!

Starting today, October 27, DC is dropping Superman #1 as the first comic of the DC Collectible Comics initiative DC3. DC gave information in a Medium post about the details of these digital comics. The NFT comics will release in two formats: Legacy and Modern. Modern comics will feature the latest releases of DC comics. Legacy comics will include vintage classics that might not be available in the current market.

Each Collectible comic category will have different levels of rarity. Just like physical copies of DC comics, a DC NFT comic can be Common, Uncommon, Rare, Epic, or Legendary. Each rarity level will determine the Modern NFT comic’s cover image, and the Legendary’s “condition”. 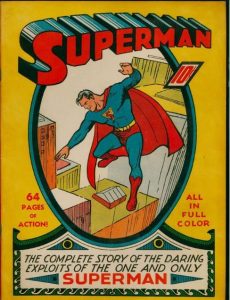 DC chose Superman #1 to be its very first release in the DC Collectible Comic series. DC fans will recognize the comic as one of the rarest comics in history. A recent auction was held in January 2022 where the comic sold for $5.3 million, making Superman #1 the most expensive comic in the world! However, DC is dropping the digital issue on the blockchain for $9.99. You will get full access to the legendary 1939 comic after making a purchase in the DC NFT Marketplace. You can read the comic anytime and add it to your DC collectible comic library in the DC NFT online comic reader.

The Future of DC NFTs

Considering the significance of DC characters’ presence in pop culture, and the ever-so growing fandom with each DC movie coming to theaters, DC will certainly turn heads in the NFT universe. Comics are, in their nature, collectibles. Seeing the world shift to digital assets and more and more people are getting involved in Web3, DC made a sensible choice to start dropping comic NFTs. The fact that Collectible Comics are dropping each week tells a lot about the long stay of DC in the NFT space.