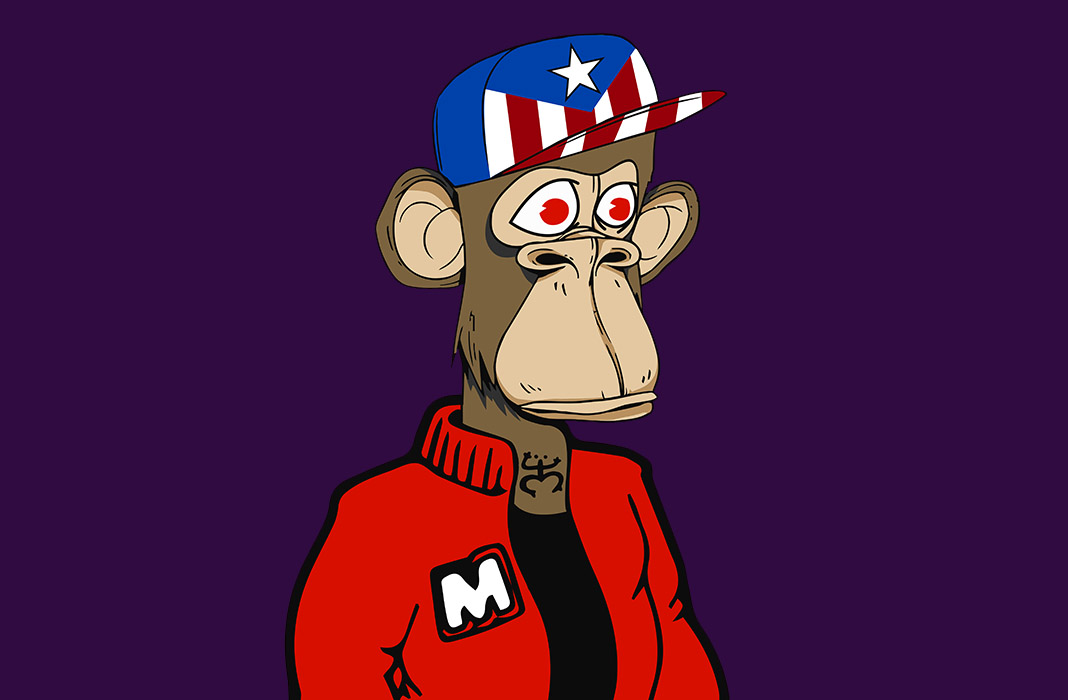 The biggest crypto and NFT enthusiasts and complete newbies all know about the Bored Ape NFT. This is one of the most successful and famous projects on the blockchain with million-dollar price tags and celebrities who support it.

But, what is the story behind this amazing NFT project and who created the Bored Ape token in the first place?

If you want to know all the details keep on reading. We’ll discover what makes the BAYC project so valuable and even consider if it’s still a good investment. 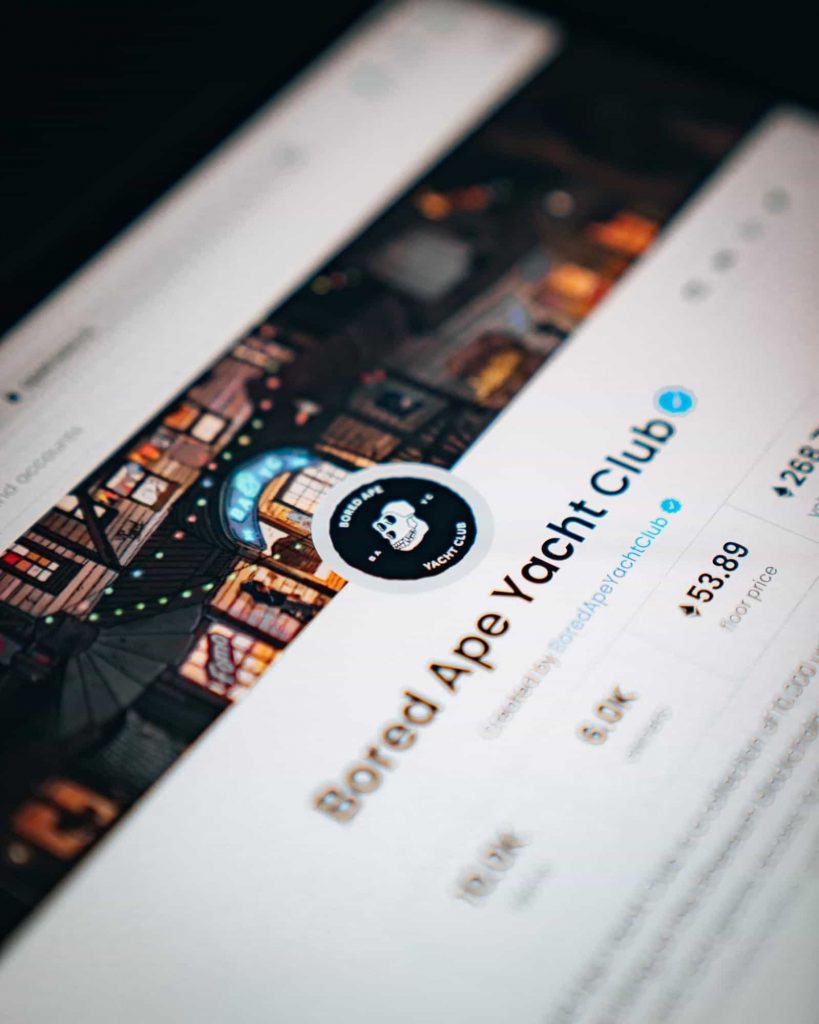 Bored Ape Yacht Club is one of the most popular and expensive NFT collections on the market. The collection has 10,000 ape shots that were created using 170 unique traits, they are stored as ERC-721 tokens and operate on the Ethereum blockchain.

Each token or bored ape is a unique combination of traits that make up the 10,000 collections memorable and interesting. Some of the traits are rare, such as fully gold fur or laser eyes, so these NFTs are the most expensive ones.

The Bored Ape Yacht Club is one of the best examples of why you need to check the rarity of each NFT you are looking to buy. This way you can be sure your investment is based on the right information and your chances of making a profit are enhanced.

Who Is Behind Bored Ape Yacht Club NFT?

The Bored Ape NFT was created by Yuga Labs.

There are four creators behind the project Gordon Goner, Gargamel, No Sass, and Emperor Tomato Ketchup, all using pseudonyms. The team later revealed their identities and it’s worth mentioning the name of the artist Seneca who made all of the digital assets.

Bored Ape Yacht Club might look like any other NFT on the market, but the million-dollar price tags tell us a different story. This is without a doubt, one of the most successful projects on the Ethereum blockchain. And for all the right reasons!

Here are a few explanations for the increased value of BAYC NFT:

When the Bored Ape NFT collection hit the market in February 2021, grumpy apes attracted a lot of attention. Celebrities like Eminem, Timbaland, Neyman, and others own and use the BAYC NFT as their profile picture on Twitter.

Considering some Bored Ape NFTs cost a couple of million dollars this seemingly simple image of an ape became a status symbol only increasing the value of the entire project. 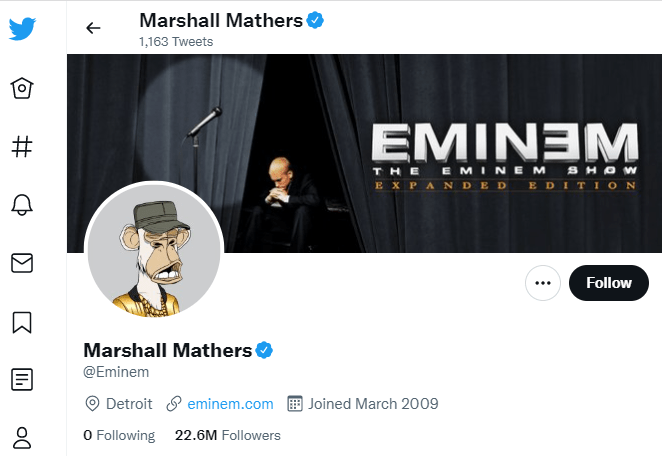 Exclusive Club for Owners of the NFT

The Bored Ape NFT comes with a lot of perks, including the exclusive membership in the Yacht Club where celebrities like Madonna or Tom Brady also belong. So, owning this piece of digital art is so much more than having any other token on the market.

In addition, all owners of the BAYC NFT can access the “Bathroom” platform and draw pixels as graffiti.

The benefits of owning the popular NFT don’t end there, as the project expands and new features such as Ape Coin and Metaverse called “Otherside” are created, old members and owners are rewarded with airdrops.

So, being a part of this community and owning the NFT can be a lifetime opportunity to make connections and a profit.

There are 10,000 Bored Apes on the market, and new ones are not being created. This means a limited supply and increased demand will influence the value of the token.

In addition, even if all the apes look like they are bored, they are all unique with different rarity scores. One of the most expensive Bored Ape NFTs was #7495. And it gained that value because of the dagger the Ape held in its mouth.

How to Buy BAYC?

Bored Ape Yacht Club NFTs are sold on the OpenSea as one of the most reliable marketplaces. Purchasing the actual NFT is not hard if you have enough ETH and it’s best to use wallets such as MetaMask for easy transactions and lower gas fees.

Here are is a step-by-step guide on how to buy the BAYC NFT:

As long as you have enough funds to buy BAYC NFT and the gas fees your transaction will go smoothly. Depending on the rarity of the ape you have chosen as well as the current state of the blockchain you need to be prepared to invest a hefty sum.

It’s not a secret that some Bored Ape NFT collectors made quite a profit on a few tokens. But is this still a viable investment?

We’re not in a place to give financial advice, but Bored Ape NFTs seem safe to invest in. Considering how successful the BAYC project was and still is despite the market crash. So, if there was a handful of NFT projects to survive, BAYC will be one!

What’s Next with the Bored Ape Yacht Club?

From the beginning, the Bored Ape Yacht Club attracted people and ensured a unique experience of the NFT universe. Over the years the BAYC team developed many collaborations, including the creation of their coin (ApeCoin) and the Metaverse (Otherside).

Even famous brands such as Adidas debuted in NFTs with the help of the BAYC NFT. And there are actual restaurants in Los Angeles that use the Bored Ape brand.

In addition to the first collection of Bored Apes, users now have the opportunity to buy the Mutant Serum NFT. An air-dropped token which can create a completely new art called Mutant Apes NFTs.

The Bored Ape team plans to expand the brand with games and even a movie released in collaboration with Coinbase.