Businessman Burns a Valuable Painting as a Frida Kahlo NFT 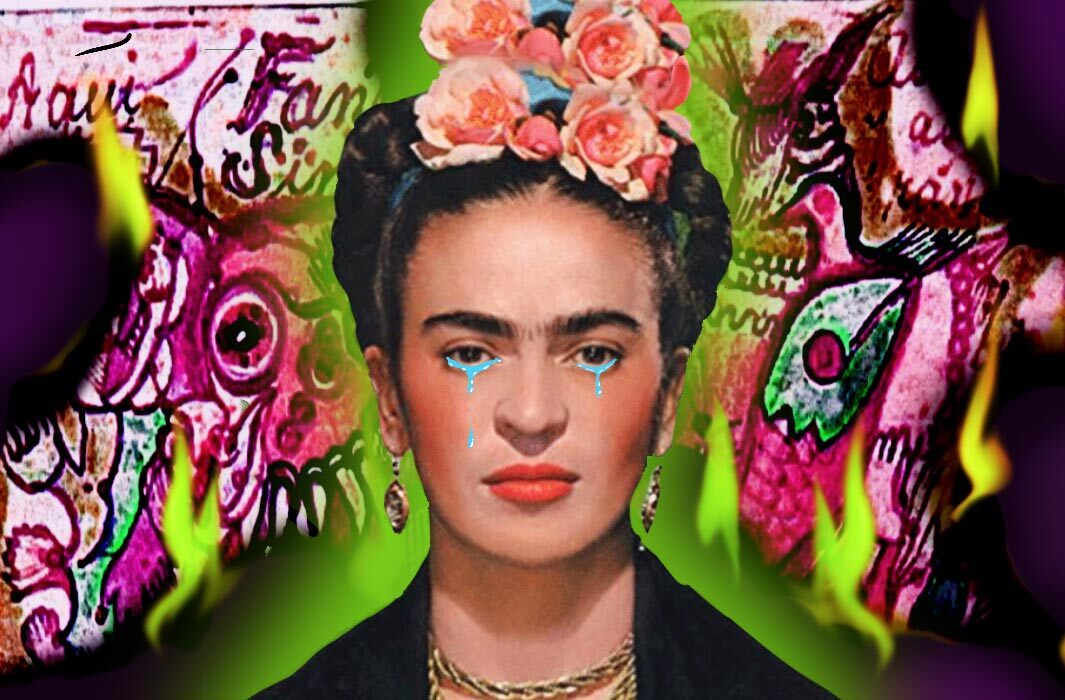 The NFT phenomenon exists in various art forms; from selling visual art to concert tickets, to actual physical items, and finally, comes in the form of vandalism. The NFT market is currently in its bear season, and sales have dropped as the hype subsided. Therefore, NFT enthusiasts are trying to light a spark in the NFT scene as they become more agitated. Literally, light a spark. That is what Mexican businessman Martin Mobarak exactly did to a rare Frida Kahlo painting. In short, he BURNED it to make a Frida Kahlo NFT.

Why would someone burn a unique and rare painting of a legendary artist? Well, to sell it as an NFT of course.

Things are getting desperate in the NFT scene. NFTs are, in their nature, built upon the hype. If an NFT collection is hyped enough, thus creating a whole community, it will probably sell well. However, the hype is hitting a new level of low. Crypto businessman Martin Mobarak has been involved in Bitcoin and blockchain since 2009 but hadn’t been interested in NFTs until recently. Mobarak knew he came late to the NFT party. So the best way to turn heads in the community is to do something BIG. Controversial, to say the least. “I had to do something drastic to get attention,” Mobarak said in an interview for the New York Times. 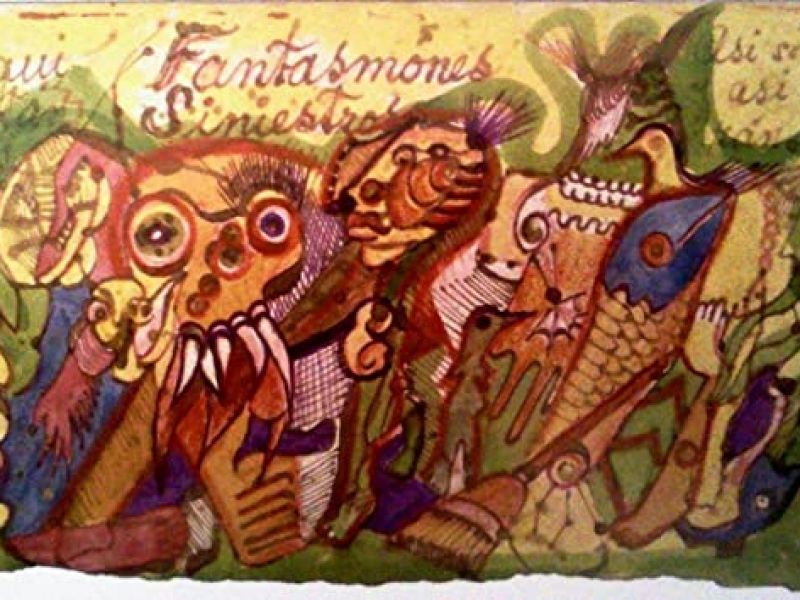 The NFT stunt involved burning a rare Frida Kahlo painting titled, Fantasmones Siniestros or ‘ Sinister Ghosts’. The painting is a part of Kahlo’s original sketchbook, which makes the artwork even more valuable. Mobarak listed the work’s value to be $10 million and claimed that part of the NFT sales of the digital artwork will go to charity.

Mobarak held a ceremony to initiate the burning of the painting back in July. He even documented the whole process in a 3-minute youtube video. He claimed that the painting is being “transformed to live eternally in the digital realm”. So the point of burning a $10 million painting is to transform it into the metaverse? That’s exactly Mobarak’s point of the whole thing. His aim was to make the NFTs related to the digital painting the ONLY link to the real painting in existence. Talk about melodrama! 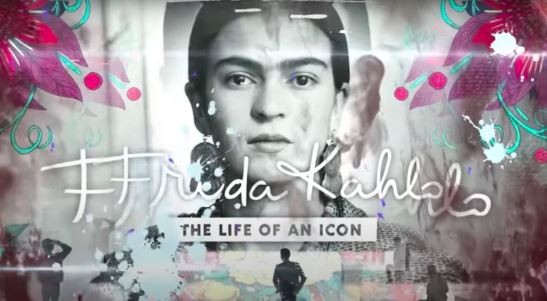 Mobarak held a ceremony (or to be more specific a tacky pool party) back in July in a Miami mansion. The event starts with a card that says “Frida Kahlo: Life of an Icon”. However, the next thing you see is shots of modes, an open bar, and a DJ – things that are definitely not the life of Frida Kahlo! Mobarak starts the event by welcoming everyone who wants to be a part of Frida.org. Not to mention him wearing a sequined jacket with Frida’s face on the back.

Although the event was a “tribute” to the famous artist, a table of Mario Hernandez purses and a poolside fashion show said otherwise. Moreover, Pamela Artigas of the “Association for the Bladder Exstrophy Community” held a speech. She claimed that the Frida Kahlo NFT money will help those in need of surgery wherever they might be.

The ceremony then turns into a chaotic dream you’d probably have in an afternoon nap. A mariachi band, fire dancer, free youtube music – they all make an appearance in the ceremony and finally, the main event comes. Fantasmones Siniestros is poorly mounted in a gold frame, escorted by a guard into the pool. Mobarak then set the painting on a martini glass and lits it on fire. An animated video plays behind Mobarak that symbolizes the painting being reborn into the metaverse. Or as Mobarak puts it, “like a Phoenix rising from its ashes, Art is reborn into Eternity.” 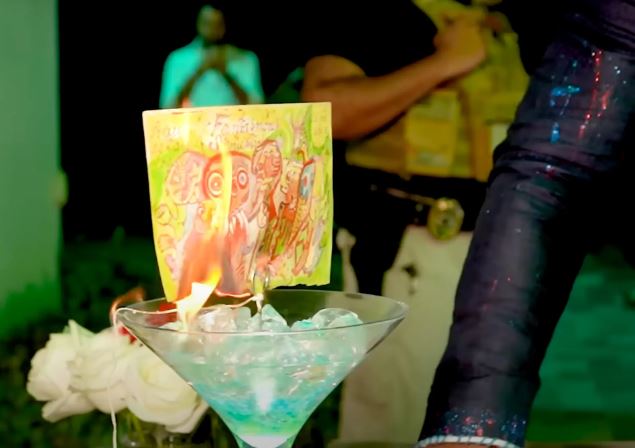 What Mobarak probably didn’t know as he lit Frida’s artworks into flame is, he was breaking the law. Therefore, the Mexican government is not as happy as the people at the ceremony/pool party. Frida Kahlo’s works are actually national monuments. Mexico’s leading cultural authority, the National Institute of Fine Arts and Literature, stated that if indeed the painting was original, Mobarak would be facing legal repercussions.

On September 26, the Mexican government initiated investigations into the matter subject. It stated that “The deliberate destruction of an artistic monument constitutes a crime in terms of the federal law on archaeological, artistic and historical monuments and zones”. Investigations will circle around how Mobarak got his hands on the painting in the first place. Mobarak stated that he bought the painting from an art collector back in 2015. However, Mobarak is insisting that the painting was the original piece.

However, even if the whole thing is a scam, if it was just a reproduction, Mobarak would be faced with copyright infringement. And if the intent of the reproduction was to deceive, he would face fraud charges. So the way things are going, Mobarak is certainly going to face legal repercussions.

To top things off, the Frida Kahlo NFTs are not even successful. Only four out of the 10,000 Fantasmones Siniestros NFTs were minted. That means Mobarak has made only an $11,000 return for a $10 million painting.

After burning the artwork, the Frida.NFT company created 10000 #NFT of the piece.
BUT ONLY FOUR HAVE BEEN SOLD, some at a steep discount, according to Etherscan, amounting to less than $11k for a piece that Mobarak personally valued at $10 millions.

Even though the NFT market is facing a plummet in sales, some NFT collections are thriving. Collections like Reddit’s Collectible Avatars are making millions in sales. Why? Because the creator of the collection follows a clear roadmap, builds a tight community, and offers collectors utility and benefits. However, some creators are so desperate to sell their collections that they do it the wrong way. Stirring up the art community, especially the large following of Frida Kahlo, is not the way to create hype. Martin Mobarak will be facing the negative aftermath of his unsuccessful NFT sales and the breaking of Mexican law.