Hasbulla NFT Is All The Hype RN 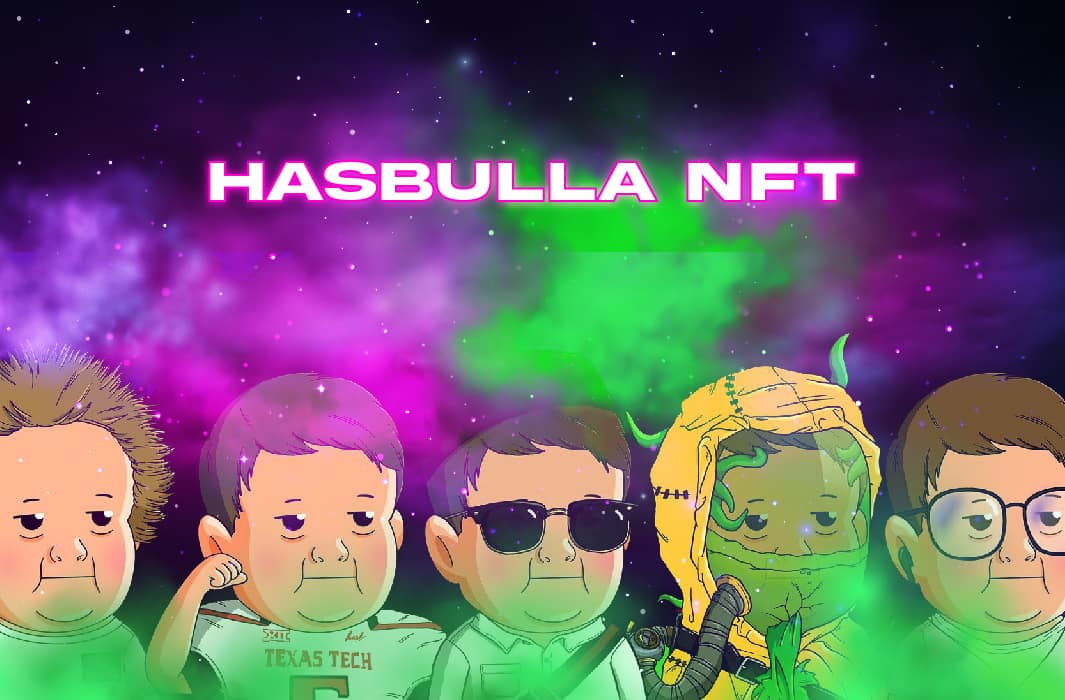 If you’ve ever been onto Instagram or TikTok, it is impossible not to know Hasbulla Magomedov! Even if you’re not familiar with the name, the cute blonde Russian 1-meter-tall male is impossible to miss! His videos and reactions are HILARIOUS. And like many internet celebrities who hopped on the NFT bandwagon, the social media star also released his own NFT project. You gotta watch out for the Hasbulla NFT! It might be the next big thing. Let’s learn more!

You are probably more familiar with some of the more blue-chip-Esque NFT collections like BAYC, Azuki, World of Women, and others. Basically, the stories are all redundant. They start as somewhat cheap NFTs but stand to gain massive popularity due to their intricate execution. Finally, they reap their owners a respectable profit. Will this be the case with Hasbulla’s non-fungible collection? Let’s look at what we’ve got up until now!

In this case, the Hasbulla NFTs are your exclusive entry tickets into the cool Hasbulla Magomedov Web3 ecosystem. And it’s worth mentioning that the tiny sensation’s official Twitter account is also his NFT Twitter. As I’m writing this, it has over 289K followers! Talk about a huge community presence…

Who is the creator of the Hasbulla NFT?

1-meter-tall 20-year-old Hasbulla Magomedov is a TikTok star from the Russian Republic of Dagestan. His hilariously distinctive voice coupled with his short stature and outrageously cute videos stands him out from others in the bunch.

With +6 million loyal followers on Instagram, Hasbulla’s videos get hundreds of thousands of likes per day. Hasbulla Magomedov has been a content creator since late 2020, however, he only rose to fame in 2021 when he released a recreation of former UFC Lightweight champion Khabib Nurmagomedov’s famous weigh-in.

After that, his support of the also Dagestani mixed martial arts athlete did not go unnoticed and in fact, the internet community nicknamed him “Mini Khabib”. Since then, the two have met several times and posted many pictures and videos with each other on social media.  Moreover, his many videos with several other UFC fighters made him a cult favorite in the MMA community.

Now, let’s get to the Hasbulla NFT collection breakdown!

Created in January 2023, the Hasbulla NFT is not the internet sensation’s first venture into the digital world. In detail, this is the second volume of his first and original genesis collection CryptoHasbulla. And you must note that this new collection is considered part of the original one’s roadmap!

Furthermore, the Hasbulla NFTs are a limited collection of 10,000, unique hand-drawn digital tokens on the Ethereum blockchain. The minting was live on January 19, and the NFTs sold out in 10 MINUTES! It even made it Top 2 on OpenSea! Insane.

Nothing but love for everyone that supported us today!

It’s just the beginning for me and team Hasbulla 📈📈 pic.twitter.com/eKr9WLoiQJ

The reveal is scheduled to take place sometime today! According to CoinGecko, the floor price of the Hasbulla NFT dropped since the release and is 0.077 ETH or $125.5 at the moment, will we see it pump up again after the long-awaited reveal? We have to wait and see!

When you already have a cult following on many social media platforms, it is not too difficult to sell anything with your name on it. But when the followers are die-hard fans, it is a recipe for nuclear community activity! The Hasbulla NFT crew is super active, especially on Discord! With over 12.5K members, you are sure to find some worldwide athletes, actors, entertainers, and celebrities in the Hasbulla NFT discord! Hey, even super-famous Turkish Chef CZN Burak has one

Utility Of The Sold-Out Collection

The CEO of @TheSandboxGame and @Hasbulla_NFT working on a Hasbulla game… 👀

Sometimes over-hyped influencer projects gain false traction at first, only to flop when the awe factor dies down… Will this be the case for the Hasbulla NFTs? We can’t be sure.

It is still uncertain what the cards hold for this release, but as with all projects in the NFT space, it can all shift before you even blink! As promised, we will keep an eye on all note-worthy activity and keep you posted.

As always, stay tuned for more collection breakdowns, and if you wish to read a 2022 recap of everything Web3, check out ours right here!