How Much Are Yeezys Worth Today?

Yeezys are the Kanyes of the sneaker industry. No matter what silhouette or colorway Ye drops, it’s always a buzz-maker with loads of love and hate surrounding it. And whether you’re on Team-Yeezy or not, you too are always wondering how much are Yeezys worth?

Sneakers’ value is not just a number. It’s not only measured by how much money you make flipping them on GOAT or StockX. It’s a combination of reviews, memes on social media, resale profit, and hype. That being said, did you ever notice how comments on Twitter or memes can affect your decision? Like you’d be so sure you wanna cop that upcoming Yeezy, and some very opinionated memes can completely change your mind. Behold some of the recent memes shared about the Yeezy Clays!

So in such case, would you really wanna be the clown copping these? We highly doubt that.

Long gone are the days when you could flip a Yeezy for a $900 profit. Long gone are the days of the 750s, Turtledoves, and Pirate Blacks. Today, the highest profit you can make on average is a mere $250- and that’s on one of the newest Yeezys, the 350 V2s Static Reflective. And even that is barely good enough compared to the glorious history of Yeezy resale prices. So if selling sneakers is what you wanna do for the rest of your life, you gotta be selective with the Yeezys you cop. Not every pair Adidas and Kanye release is worth running a Yeezy bot. 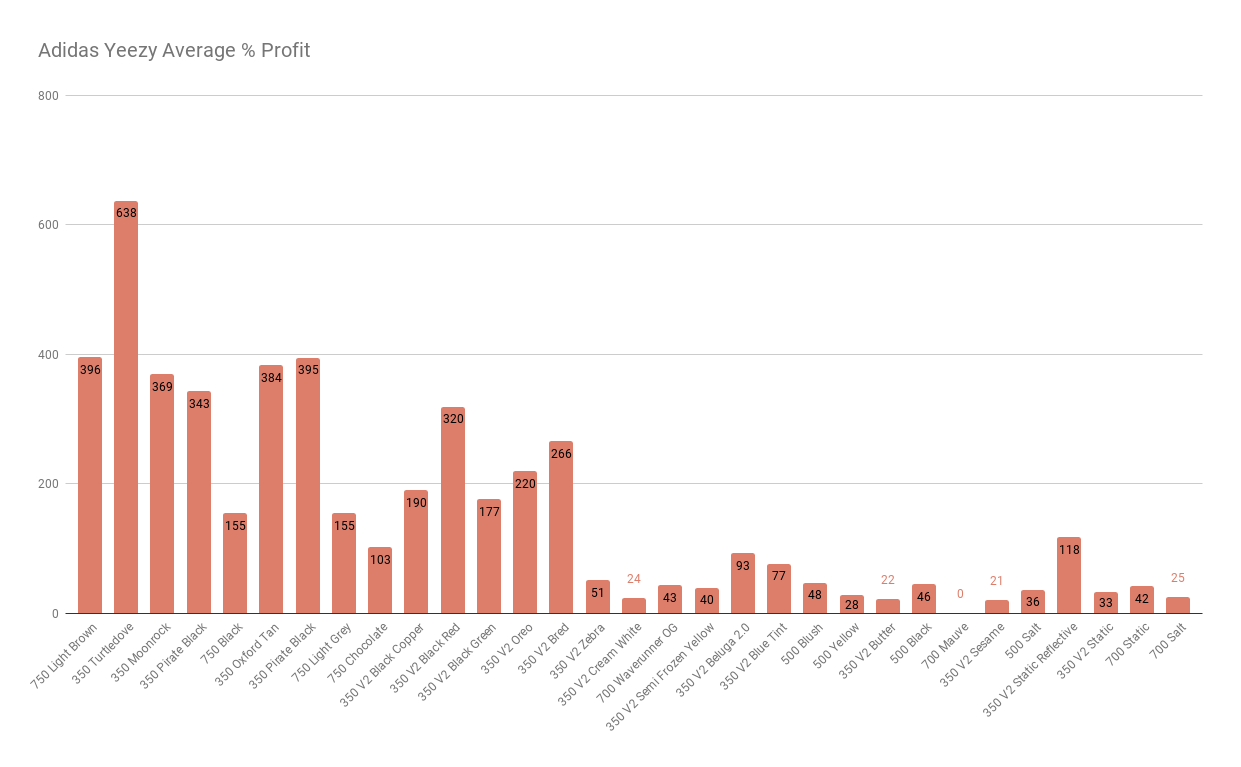 For many reasons, Yeezys are losing their aftermarket value. However, looking at the chart above you can clearly notice that it’s the stock number that was the biggest hit to their resale value. The last Yeezy to make a profit worth noting was the Yeezy 350 V2 Bred. Because the stock level was still so low. That was all the way back in February 2017!

It took Adidas and Kanye almost two years to get their $h!t together and release a limited and sorta hyped colorway; the Static Reflective. So, it’s all about exclusivity. Yet still, Ye couldn’t help but release an identical pair the next day, minus the reflective material. What a way to f things up for the resellers.

Whether we wanna admit it or not, scarcity is still the strongest selling point of Yeezys and other sneakers too. In fact, exclusivity is probably the only reason Off Whites got so hyped in the first place. The same Air Jordan 1, or Air Max only with a red zip tie and in very small quantities, flipping for 100 times the original retail price. And no, the zip tie is not that expensive.

So how much are Yeezys worth in actual numbers? We took to StockX to compare the highs and lows and made sure to check the highest resale price AFTER release date.

Up until the end of 2017, Yeezys were the stars of the industry, making up a huge chunk of the resale industry. Yeezys were the most valuable sneakers to sell on the aftermarket, making a decent profit for resellers. But things have changed since then. 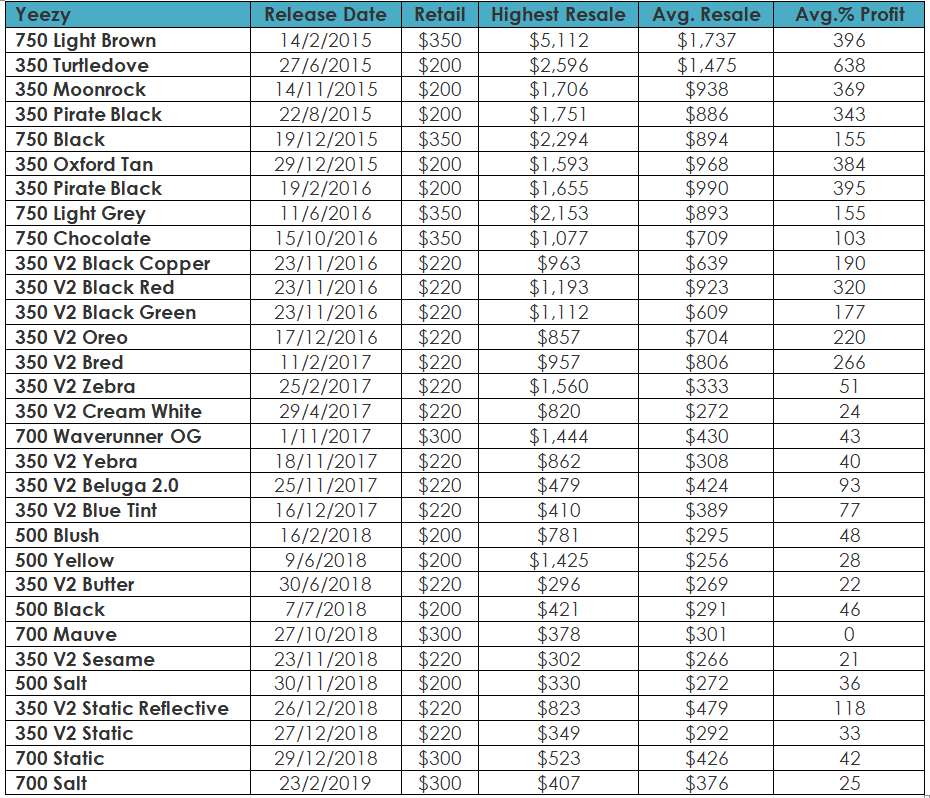 Supply, Demand and Kanye. What’s Going on with Yeezys?

There are very few sneakers that command the attention Yeezys do. So, in terms of hype Yeezys are worth every minute and dollar you spend on them. If you really want that feeling of inclusion and belonging Yeezys are what you should cop. They’re the heart of the sneaker community, and regardless of how much Yeezys are worth on the aftermarket they always sell out.

Getting your hands on a brand new pair of Yeezys can take anywhere between a couple of minutes to a couple of hours, depending on the stock level. You can find yourself battling thousands of sneakerheads for 10 pairs, and there could be a million pairs just waiting there for you.

Unless you tried copping Yeezys sometime before 2018, you have no idea how stressful it can get. Sneakerheads used to pull all-nighters just to get in the queue for the latest Yeezy. Back then, copping Yeezys for retail demanded skills, proxies, bots, and a whole lot of patience. Back then, the perceived value of Yeezys was so much higher than during the last year. Thanks to higher stock levels, almost anyone can cop Yeezys now.

So, How Much Are Yeezys Worth Now?

Similarly to Jordans, Yeezys are as valuable as you perceive them to be. You don’t go worrying about how much your Js would flip for when you’re a real fan. You cop them and add them to your collection, without blinking an eye. Some believe Yeezys are only worth a couple hundred bucks, while others think they’re priceless. This sometimes has to do with how you feel about Kanye, his politics, and even his family.

The real value of Yeezys or Supreme or any limited item is relative to you. If you’re a die-hard Yeezy fan, you’ll always go the extra mile to cop the upcoming release. Even if it meant shedding a whole lot of sweat, tears, and cash on them. And with “The Ten” collection now being over, and so many new Yeezys coming out this year, who knows? Maybe Yeezys will revert to being very valuable and profitable after all. And if so, would you be interested in copping again?