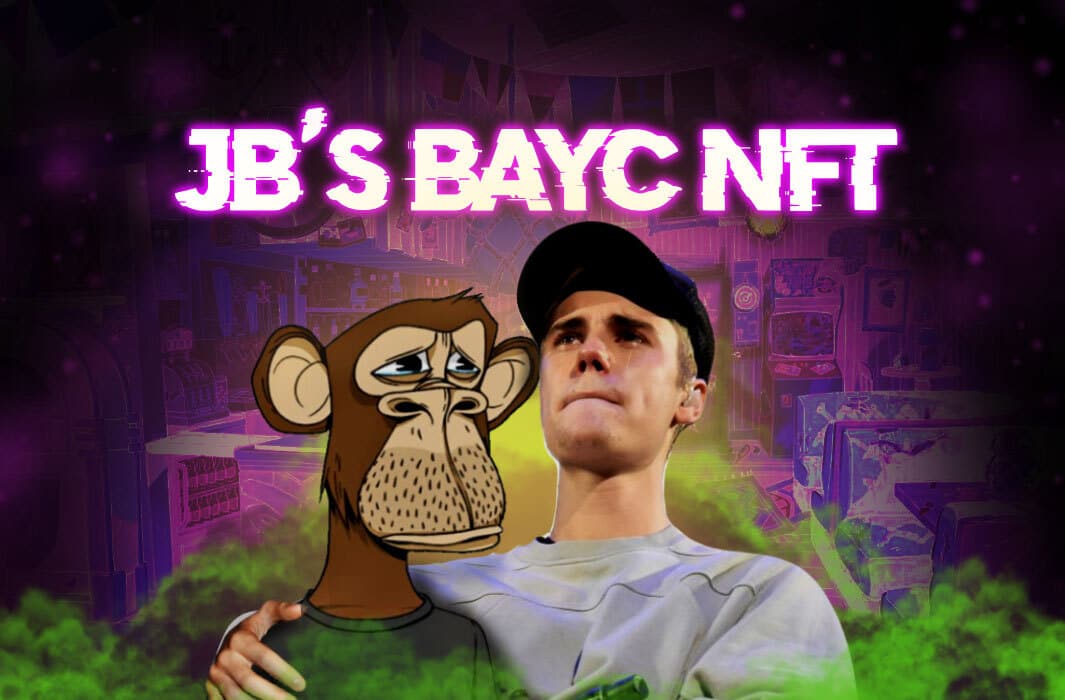 The non-fungible world experienced major havoc in the recent days, and this reaped lots of repercussions. Seriously! Everyone and their mothers caught wind of the recent market crash. And you know what they say: When the stakes are high, the risk is even higher! For instance, the Bored Ape Yacht Club community is currently licking its wounds. Why? Well, the Bored Ape NFTs painfully sank in value this month; so much so that the floor price dropped down 84% from the April peak. Meaning it’s under $100,000 for the first time since 2021! How’s popstar Justin Bieber’s NFT doing amidst this bearish chaos?

Celebrities love to ride the hype bandwagon, and Justin Bieber is cut from the same cloth! Back in January, the ‘Baby’ Singer bought his Bored Ape for a staggering $1.3M amid the full swing hype as everyone pounced on the expensive Ethereum NFT collection. Not to mention that some even used their Apes to create products, live performances and more. In detail, these celebrities include: Jimmy Fallon, Snoop Dogg, Eminem, Gwyneth Paltrow, Madonna, Neymar, Paris Hilton, DJ Steve Aoki and more.

In the beginning of the year, Cryptanalysts deemed Justin Bieber’s NFT purchase extremely faulty and questionable. Apparently, he snatched an Ape with very common traits for seven-figures (500 ETH at the time)! Crazy! This comment stands out even more today. The Justin Bieber NFT is worth a measly $69K right now. Talk about tragic… Furthermore, It’s ranked the 9,810th most rare Bored Ape according to Rarity Tools. Imagine, it’d probably sell for floor price if it wasn’t glamorized by its ties to the world-famous celebrity.  A lot of skeptics insist that: “When you’re dropping $1.3 million on a NFT you’re doing it for the “cool factor”, not as an investment.” But who are we to judge?

After the Justin Bieber NFT AND BAYC panic, Punk9059, pseudonymous crypto analyst and director of research for NFT startup Proof, tweeted that the Bored Ape floor price tends to fall as owners get concerned about NFT liquidations from BendDAO, an NFT lending service, but then sales rise and floor price recovers as people buy up the NFTs. In addition, they mentioned that the recently launched NFT marketplace Blur impacts the situation as well. In detail, Blur targets “pro traders’ and doesn’t charge a marketplace fee or enforce creator royalty fees. Punk9059 suggested that such an environment induces “a lot more flips” from Bored Ape traders.

You can never fully trust the world of cryptocurrency and NFTs; it is extremely volatile and unpredictable. One solid proof is the recent market fiasco. With the whole Justin Bieber NFT downfall, NFT investors are treading more cautiously than ever! As they should! Moreover, you have to be open to all possibilities when investing in a certain asset. Relentlessly study and observe the market! And most importantly, never put all your eggs in one basket!