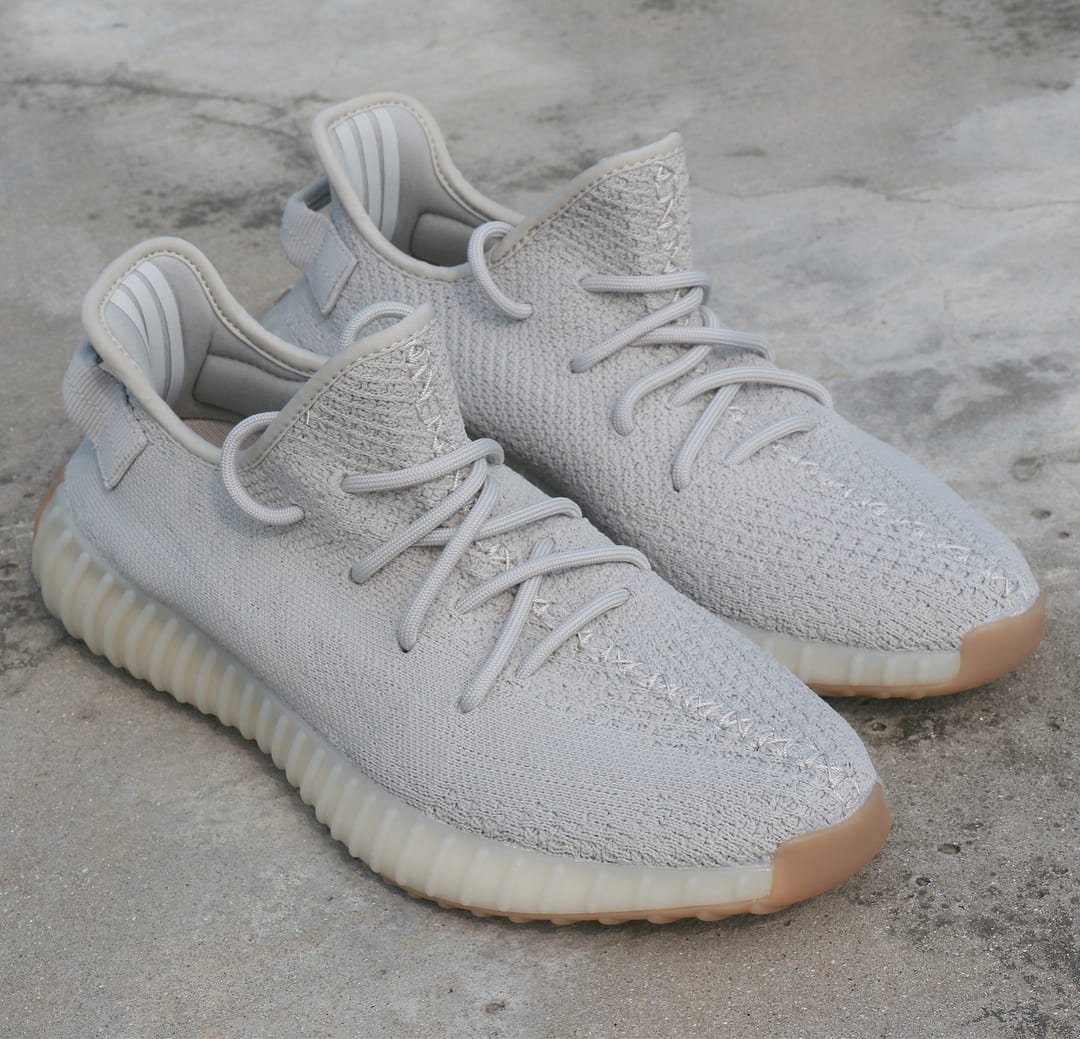 In just a matter of days, the Yeezy Mafia managed to get back up again. And it’s back to dropping all sorts of information we need. And last night was all about the Yeezy 350 V2 Sesame.

The Yeezy Mafia tweeted from their backup account to reveal the official look of the Yeezy 350 V2 Sesame. Opinions, as usual, were very contrasting, but we would seriously mess with this pair.

Unlike the first mockups that showed darker, more earthy looking outers, this version seems to be much lighter. The recently-revealed Sesame boasts greyish uppers and a new PrimeKnit pattern ditching the visible SPLY-350 stripe on the lateral. This logo is now wavier and looks like it’s been imprinted in the material of the uppers.

As usual with any Yeezy 350 V2, Boost material fills the soles, while this time matching gum outsoles complete the look of the Sesame pair. From what we know so far, you’ll be able to buy this Yeezy on Adidas, and Yeezysupply. Words on whether or not some retailers would drop it will leak out as the release date draws near.

Regarding the price, the Yeezy 350 V2 Sesame should retail for $220. And if you’re not planning on selling it, we advise you otherwise. The resale value of this drop should be high, considering how much people liked previous similar releases, like the Oxford Tan and Moonrock. Those classics are still making a whole lot of money on the resellers’ market. And will always do, because Yeezy fans seem to love tonals. Of course, remember you can still cop for yourself and for flipping. Wink wink.

You don't have to agree with trump but the mob can't make me not love him. We are both dragon energy. He is my brother. I love everyone. I don't agree with everything anyone does. That's what makes us individuals. And we have the right to independent thought.

However, after Kanye’s Tweets and interesting new bromance with US President Donald Trump, there’s a serious risk of sneakerheads dissing them kicks. Kanye’s most recent flirtation with Donald Trump shook the Internet and had people, especially sneakerheads, reconsidering their view of him. After being idolized by so many young men and women, Kanye might be at risk of losing followers and friends. But worse yet, Yeezy customers.

More and more sneakerheads reacted to the reveal of the Yeezy 350 V2 Sesame, negatively. Some actually started selling off the Yeezys they owned, thinking that Kanye and Yeezys are no longer worthy of the attention and value they used to hold.

However, negative promotion is still promotion. So whether or not you like Trump’s politics or Kanye’s admiration for him, this controversy might add more to Yeezys resale value. Anyway, we all know Kanye is no stranger to some controversy. But if you’re sick to the stomach from a V2 overdose, check out the Yeezy 500 Super Moon Yellow dropping in June and the Yeezy 500 Utility Black following it on  July 7th, 2018.