Every Kobe 5 Protro Dropping [That You Really Need to Cop!] 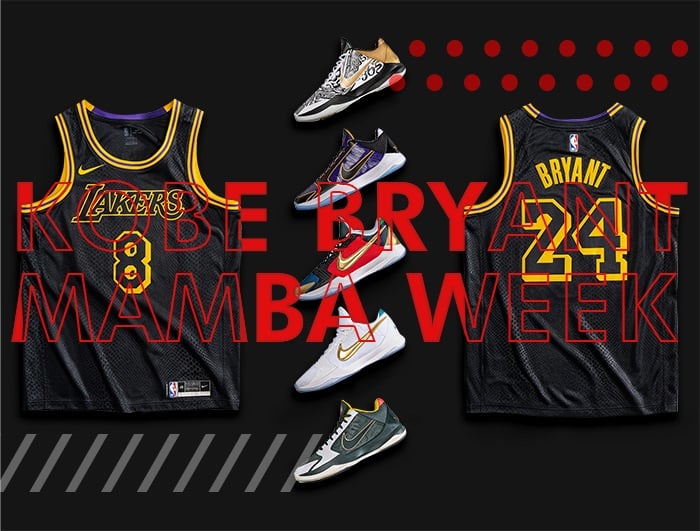 It’s already been seven months since his passing, but Kobe Bryant’s spirit lives on in our hearts and memories. He was an inspiration to many in the basketball field. But he also had an important impact on the sneaker industry! Well, not to the Jordan/Kanye level, but we shouldn’t underestimate it either. And this August, Nike Basketball is doing an amazing tribute by dropping not one Kobe 5 Protro, but five!

Alright, so we’ve got to give it to Nike and Kobe. The low-top sleek design of the silhouette is a dream. And we all know that the Protros are not just about the look. After all, Protro stands for “performance retro”, where it’s all about evolution and improving what already exists. And that’s Black Mamba mentality in every way, not just kicks! 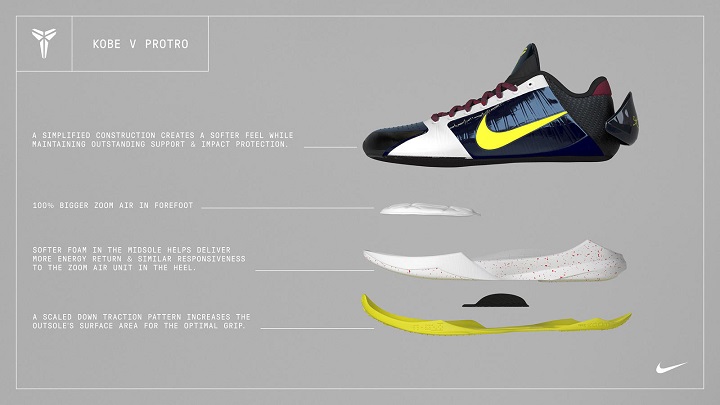 On a lighter note, Orange County, CA, declared August 24 (8/24) “Kobe Bryant Day”! This is the best tribute to the Orange County resident, considering his birthday is on August 23 too. So all in all, it really is Mamba week.

A pair that made us all tear up back in January. After the initial February 2020 release date change, we didn’t really know when or if the kicks are gonna drop at all. However, Nike went out of their way to drop the kicks in the most respectful way. During a whole week dedicated to Kobe! The Protro edition of this colorway fuses the Home and Away 2010 Kobe 5s. 10 years later, we celebrate Kobe’s 5th championship anniversary and his achievement through the tattoo-like design on the uppers!

We love us some Lakers-inspired colorways, and that’s what the kicks were originally called. This particular Kobe 5 Protro celebrates Kobe’s 5 rings while borrowing colors from his 2nd and 3rd championship jackets! A golden outline highlights the purple and black patent leather upper. The finishing touch is the icy outsole that gives off cool vibes. It’s a must-have pair the no Kobe fan should miss! 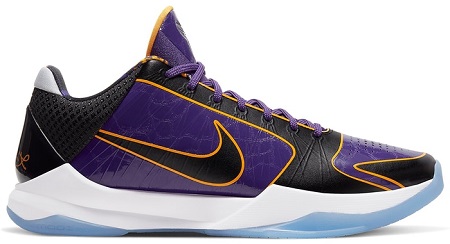 Nothing, and I mean nothing, beats passive-aggressive sneakers. And we’ve got not one, but TWO of them! Undefeated went out of their way to make a really good point. The “What If” pack revolves around the dozen teams that didn’t pick Kobe Bryant in 1996. And around the 13th team that picked him and traded him!

Back in 1996, twelve NBA teams did our homeboy Kobe dirty, leaving him to be the draft pick number 13! And to immortalize their mishap, Undefeated is collaborating with Nike on the “Dirty Dozen” Kobe 5 Protro. The kicks have the “What The” sneaker vibes! The mismatched colorway features the colors of all twelve teams.

Although the 12 teams passed on Kobe, nobody regrets their 1996 choices more than the Charlotte Hornets. The Black Mamba was actually the team’s pick: the 13th pick. However, the Hornets immediately traded him with the Los Angeles Lakers. But it wasn’t his loss because he went on to play for fruitful 20 years with the Lakers! This whole story took the form of sneakers with the “Unlucky 13”. The kicks come in a white and teal upper, the Hornets colors! So really… touché!

The Girls Elite Youth Basketball League has the honor to present this new Kobe 5 Protro colorway! The colors are inspired by Greek mythology’s Medusa who could freeze people with one look. The green, gold and red make a really interesting and lively colorway! So make sure you get this pair, you won’t regret it.

The tribute of all tributes! A special edition Jersey will feature both of Kobe’s numbers, front and back. The design is also all too familiar. After all, he had a hand in designing it too! The special touch though is the fake snakeskin on the fabric. So, better get that wallet ready for some serious shopping, because the jersey is dropping on August 24, 2020!

Where Can You Cop?

If you’re an ANB user, you will have no problem copping on Nike SNKRS! However, if you wanna have a broader scope of cop opportunities, AIO Bot V2 is there to help you on footsites! And if you have neither, what are you waiting for?! Buy AIO today to be able to cop the kicks you want to flex or flip. And stay tuned on our Twitter for a chance to win ANB!