Is Nike a Rebound After the Kylie Jenner Adidas Breakup? 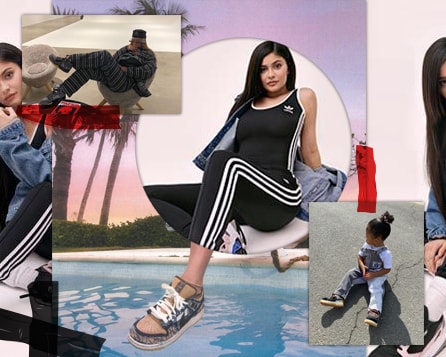 The youngest self-made billionaire is not taking it easy on her fanbase. Whether it’s cosmetics, clothing, or sneakers, we’ve got to give it to her: She Aced Kanye’s Marketing 101 class! Whatever she does, we appreciate it, like it, and want it. But that’s not what we wanna talk about, is it? We’re interested in the Kylie Jenner Adidas relationship that seems to have ended suddenly. Is Kylie really over it? Or is she looking for a rebound?

Kylie Jenner Adidas Breakup… Is It Really Over?

In August 2018, Kylie inked a deal with Adidas joining brother-in-law Kanye West and sister Kendall Jenner to become the face of the company. And that’s how we witnessed the beginning of the Kylie Jenner Adidas partnership. Mind you, she previously also signed with Puma, much to Kanye’s disappointment.

However, as much as we were excited about this, we only got the Falcon and some apparel pieces. But that didn’t get us down! We had hopes that she would drop a collection with her own signature on it. But the surprise was that the Kylie Jenner Adidas relationship altogether went to the drains! The deal was through as of December 31, 2019, so that must be one of the shortest deals Adidas ever made!

But the real story here is; Ever since the breakup, she’s been going full-on revenge kicks on us!

It’s true that the Kylie Jenner Adidas collaboration didn’t last long, but she doesn’t seem sad about that! If you follow her on Instagram, you could see all the Nike kicks she’s been flexing for the past 3 months! Even Stormi is wearing kicks that got us wishing we were friends and family! Here’s a list of the kicks she rocked till now!

Nike SB “What The” Dunks

This is a collection of Nike kicks anyone would drool over! And what’s with Beyoncé liking Kylie’s picture with Nikes on? Is that a sign that she’s about to leave too? Her Adidas IVY Park collection only dropped two months ago. Anyway, she later removed that like, so that probably was a lurker mistake!

Some of us are wondering what went wrong with that deal. The deal was through and there were no rumors of a renewal of any kind. Why though?

Maybe Kylie felt that she deserved more for linking her name with the brand. That’s a very plausible explanation since we all know that whenever a Kardashian-Jenner member is onto something, it just goes viral! A disagreement of this type is not unlikely, and it could have led to the fallback of the Kylie Jenner Adidas collab.

We’ve seen this happening with Kanye West and even Sean Wotherspoon when they left Nike for Adidas. But never the other way around. So this is probably not the real reason. Plus Kylie’s designing skills are yet to be revealed or discovered so creativity shouldn’t be an issue just yet!

The fact that she got back with Travis is a second factor! Although Kylie was on a break with Travis at the time of her breakup with Adidas, we couldn’t help but think he had something to do with it. And soon after the rumors leaked about the Kylie Jenner Adidas contract ending, Kylie’s back with her baby daddy Travis. Who happens to be one of the biggest stars to sign with Nike. And dare we say one of the most hype-making to the Swoosh Brand!

Kylie Is Over Adidas… What’s Next?

The question now is: Will Kylie Jenner take Travis Scott’s side and OFFICIALLY join Nike at some point? With all this publicity they’re getting on Instagram, we highly doubt that Kylie isn’t on their potential deals list! And if she’s not, will the deal be in her and Scott’s prenups when they decide to tie the laces? 😉