National Geographic NFTs: Why Is Everyone Overreacting? 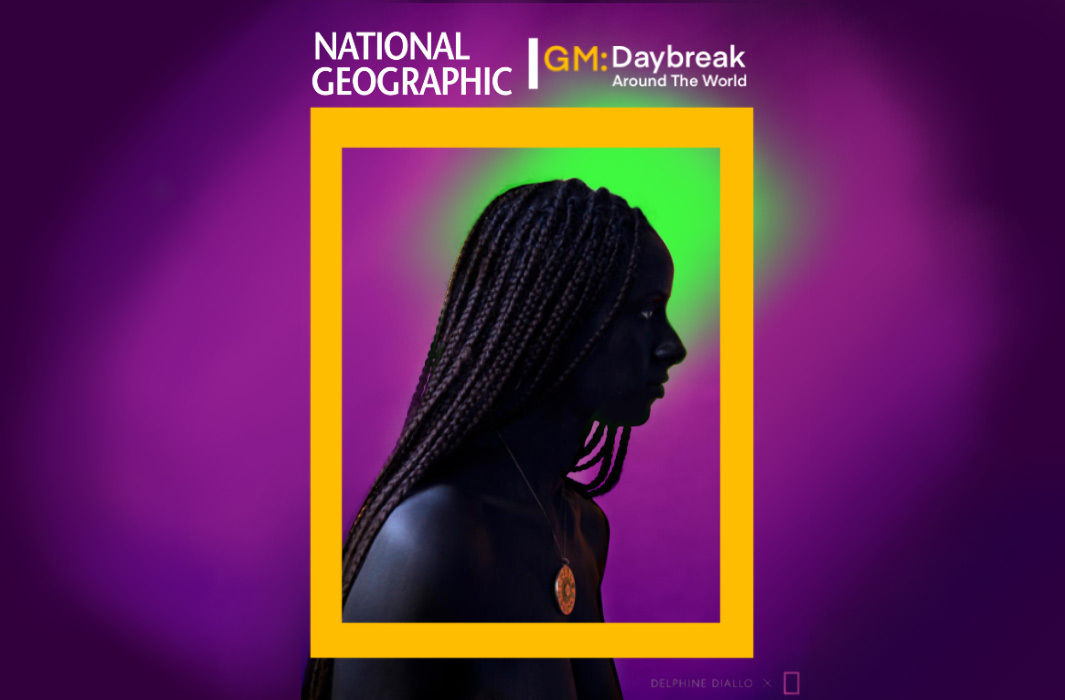 Apparently, it’s okay to utilize NFTs in a freaky fetish with feetpix NFTs, and clearly NOT OKAY for National Geography to spread the work of 16 talented photographers as NFTs. I know, it’s very confusing. But, I’ll break it down for you. The general public still opposes Blockchain technology and NFTs, so when a well-established platform like Nat Geo decided to hop on the NFT wagon…everyone was pissed for several reasons. Do the National Geographic NFTs deserve all the backlash they got?

Let’s start with the middle.

Why Do People Hate NFTs?

Actually, this is the most natural thing. Everyone hated the internet when it first came out. But really, why would anyone like something that is promoted as an over-expensive Ape picture? What is the community showing other than reckless FOMO investing? No one understands that NFTs, part of blockchain technology, can potentially change the way we do things in the future. Not even how NFTs provide many artists with creator rights with a long-term revenue stream. The real potential of NFTs is highly underrated, and “Hype” is to blame.

I do agree, however, that NFTs pose a big threat to the environment. Running computer farms 24/7 to keep the blockchain up is indeed very energy-consuming. Despite Ethereum’s merge that lowered its energy consumption by 99.99%, environmental impact is a major issue that needs to be solved in the long run. Also, the illusion of ownership with on-chain/off-chain storage is a very crucial problem.

Nat Geo Made It Worse

National Geographic’s NFT endeavors flamed the already-existing hate for NFTs. Without even knowing what kind of NFTs Nat Geo is putting out, people shamed them for participating in harming the environment. Despite the fact that Nat Geo chose Polygon as its blockchain, which is a carbon-negative blockchain.

It's on polygon. Proof of stake. No PoW mining. Takes as much electricity as running a server. Research before you post. pic.twitter.com/eEOvEmnP2J

Adding more salt to the wound, Nat Geo chose the worst way ever to ease its audience to NFTs. On January 15 they posted to their Instagram, Twitter, and Facebook accounts about “the rise of NFTs” with BAYC as the cover photo. Umm… IDK who thought this was the right move. If anything, BAYC is the epitome of FOMO. All the genuine hate National Geographic got forced them to delete those posts from their social media accounts.

What Are National Geographic NFTs About?

In celebration of the revolutionary magazine’s 135th anniversary, National Geographic announced its NFT collection titled ‘Good Morning: Daybreak Around the World’ on January 13, 2023. Here are all the necessary details:

In their own words, Nat Geo describes the essence of the collection:

“Mornings (aka GM) signal a chance to grow, connect, contribute, accomplish, and experience through renewal, possibilities, and boundless opportunity. The Collection signifies that in the next 135 years, Nat Geo will push the boundaries of innovative storytelling further, promote access and inclusivity, uplift our creators and photography as a powerful medium to tell impactful stories. It’s a new dawn of exploration where storytelling extends into web3 while making good on the mission to “Illuminate the Wonder of our World.”

I’m all in for a good utilization of NFTs. That sounds just like poetry to my ears. The problem is their marketing strategy that went really wrong. Like, REALLY WRONG. Before we get into the drama, let’s take a moment to appreciate the art created by the 16 participating photographers!

GM: DAYBREAK AROUND THE WORLD

The National Geographic NFT collection depicts photographs from all over the world. From Mount Everest peaks to the beaches of Byron Bay, Australia, Coastal Oregon, and even the metaverse! Each artist uses his or her own perspective on “Mornings” and “daybreaks” to convey a story.

Honestly, it’s such a sad reality that beautiful artwork is being neglected in all the NFT love/hate drama. So much creativity and storytelling have been put into these photographs. This section is an appreciation of ethereal photography. What are photographs but frozen moments in time? Let’s get to viewing the backstory of the 16 entries to the collection, and tell me if people are overreacting or not. I curated the descriptions from Nat Geo Photography’s Twitter threads. 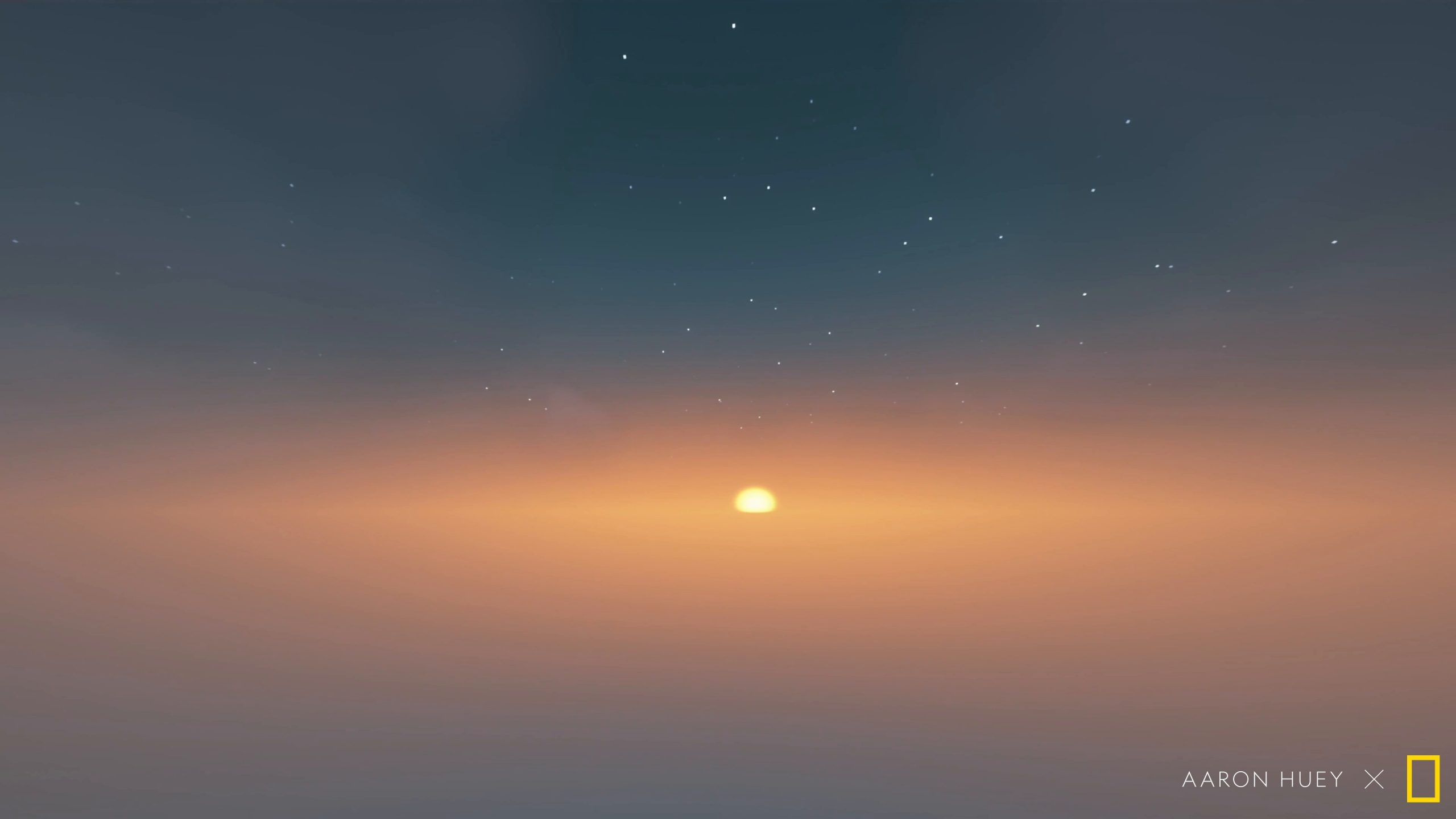 Huey captured sunrise inside of the virtual world of a Minecraft server. Sunrise is part of a series that began with a Nat Geo magazine assignment, documenting virtual worlds with virtual cameras. 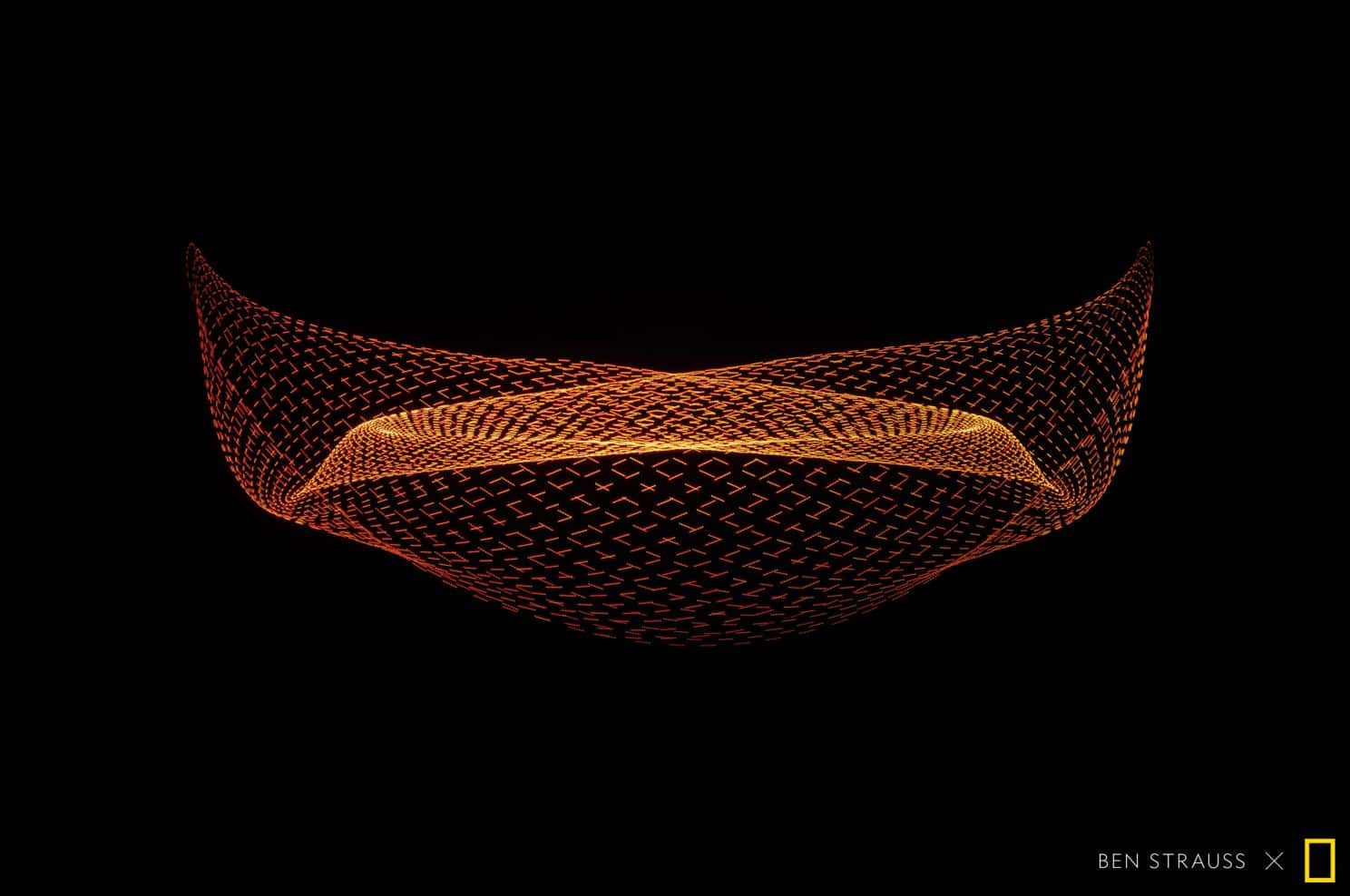 Strauss’s light painting captures beautiful geometric patterns created by a displaced pendulum. These complex shapes are invisible to the naked eye, but by using the right tools and controlling the environment, Strauss makes the otherwise invisible, visible. 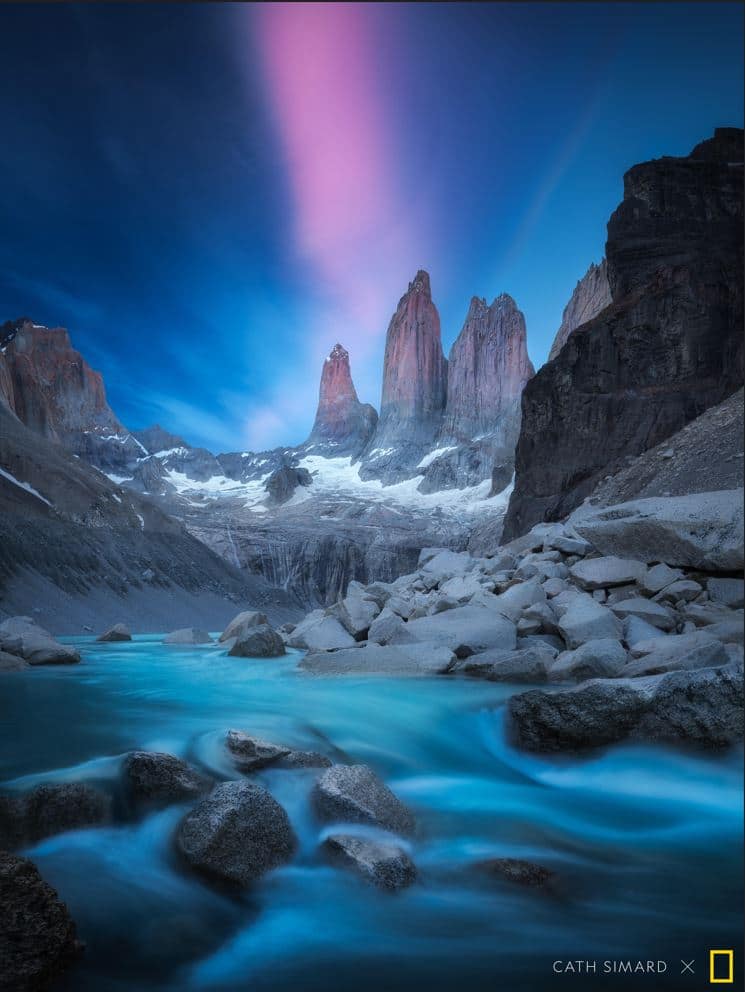 Simard’s composite combines a photo of sunrise at Base Las Torries with one at a nearby lake captured the day prior. She decided to “combine both scenes into a single image that would reflect the emotions that I felt at both scenes rather than capture reality”. 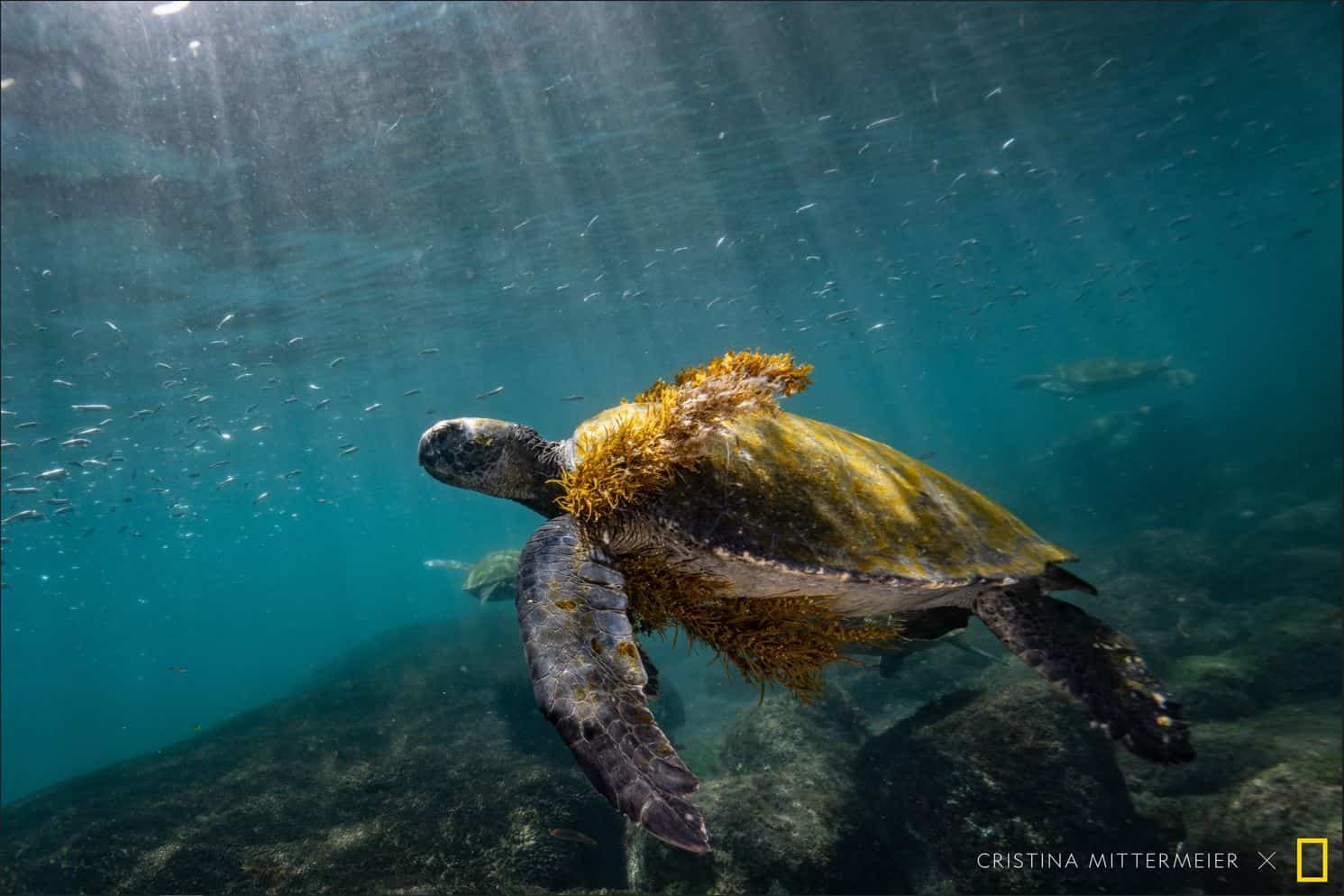 Mittermeier uses her camera to give a voice to the ocean and its creatures. “Images that remind us that we are not separate from the planet that supports us are what drives my art.” 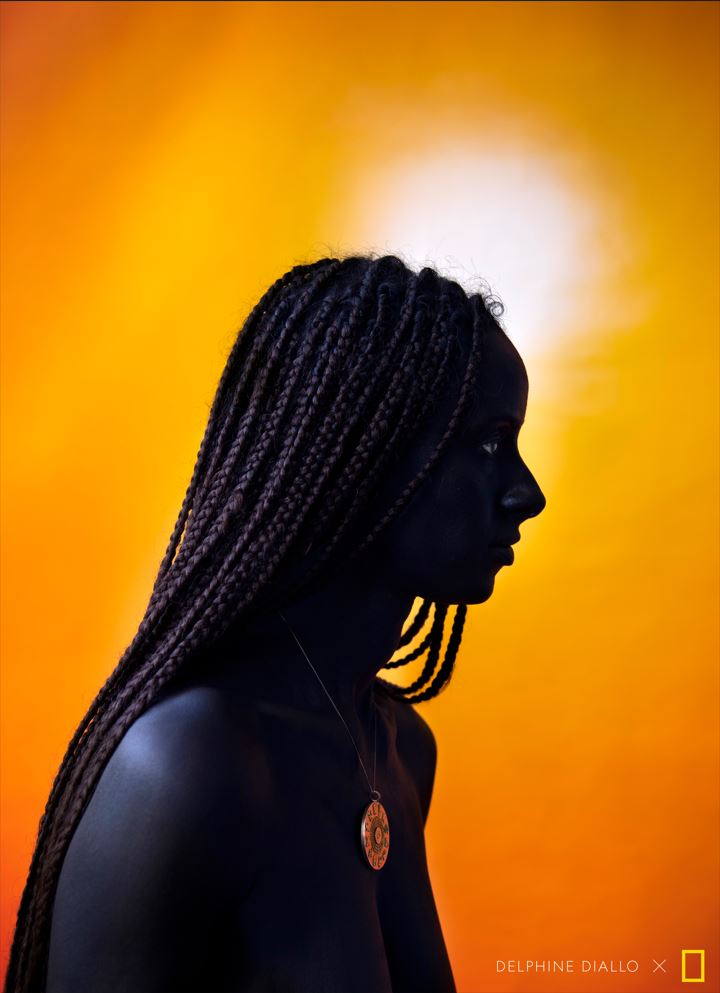 “Uprising” is the expression of Diallo‘s transformation through the process of revealing her shadows into this physical reality and embracing both. “It is the alignment of my own self through the creation of a personal visual narrative.” 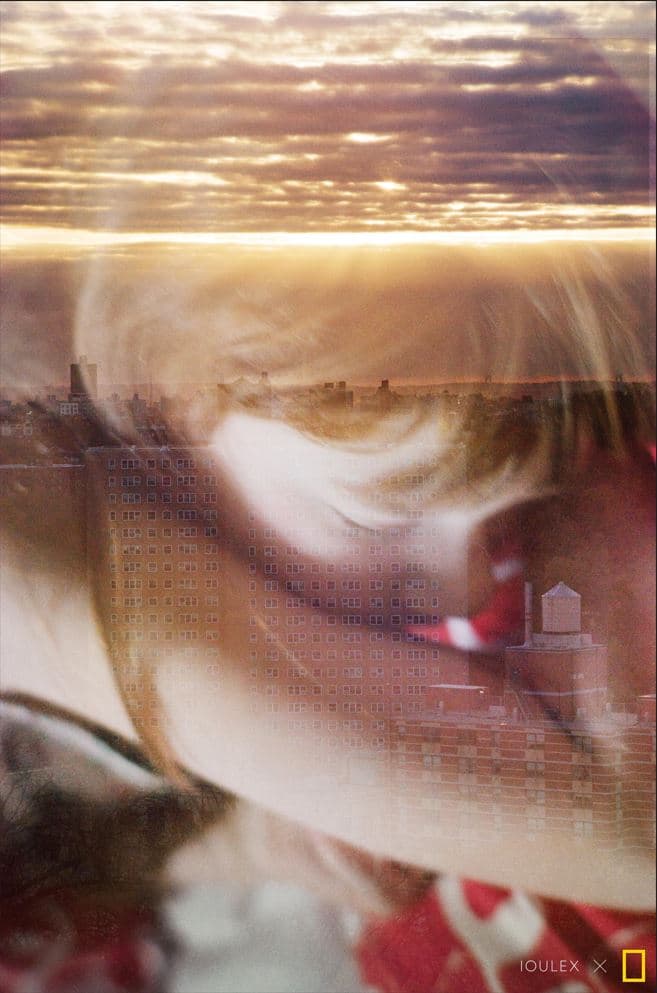 Ioulex synchronized cameras to create a series of double exposure photos interlacing landscape images of the rising sun with interior close-ups of domestic objects in the dawn light and portraits of their sleeping daughter. 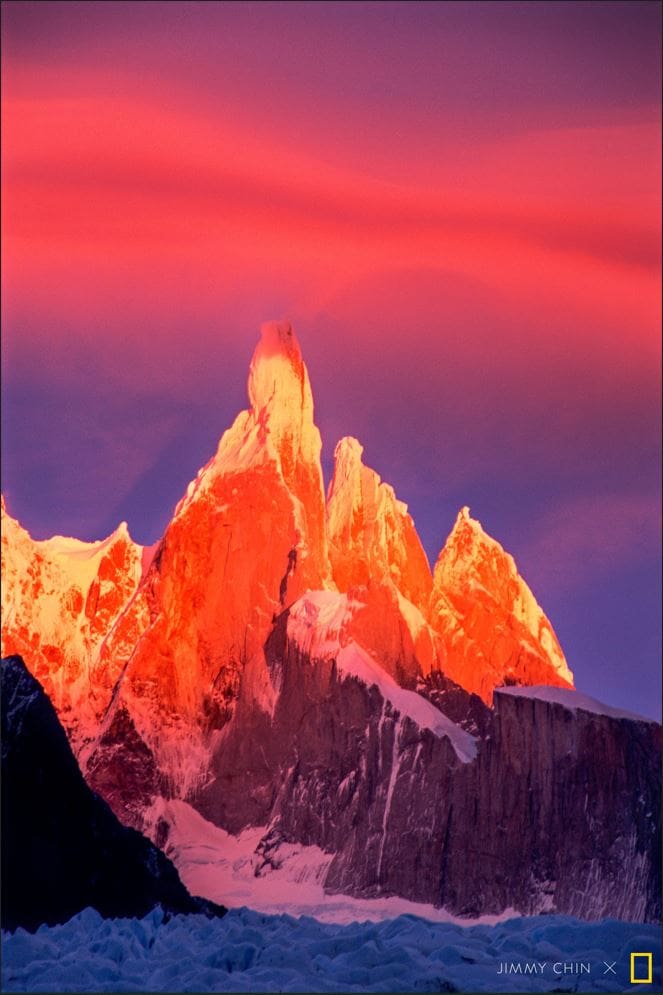 This image captured at Cerro Torre was the first significant landscape print Chin ever made. “The colors were so surreal, I almost forgot to take out the camera to photograph it.”

Knopf’s image of sunrise over a lake in Minnesota shows, in his words, “the true dance of nature’s light.” 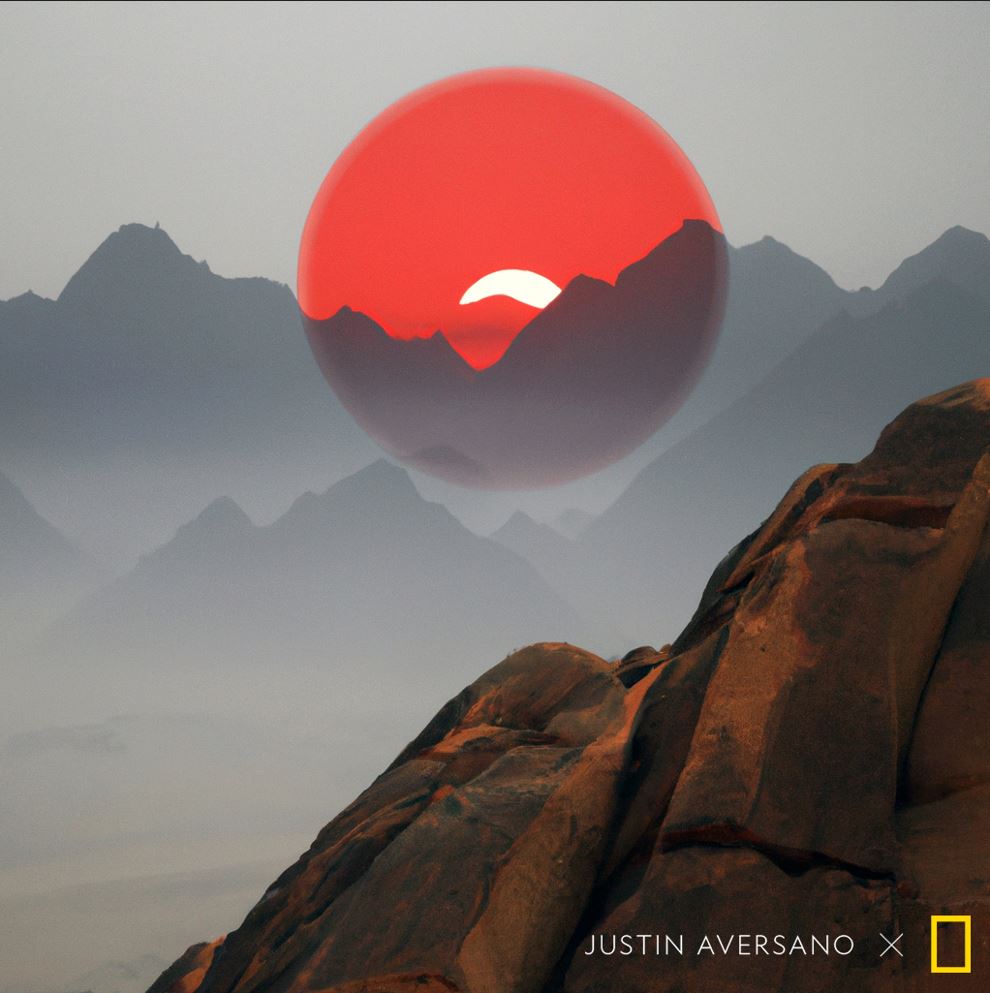 Aversano visualized the image he wanted to create while hiking Mount Sinai, and captured it when he reached the top. After returning home, he realized he had limited time to develop and edit the photo, so he worked with AI to re-create the original image 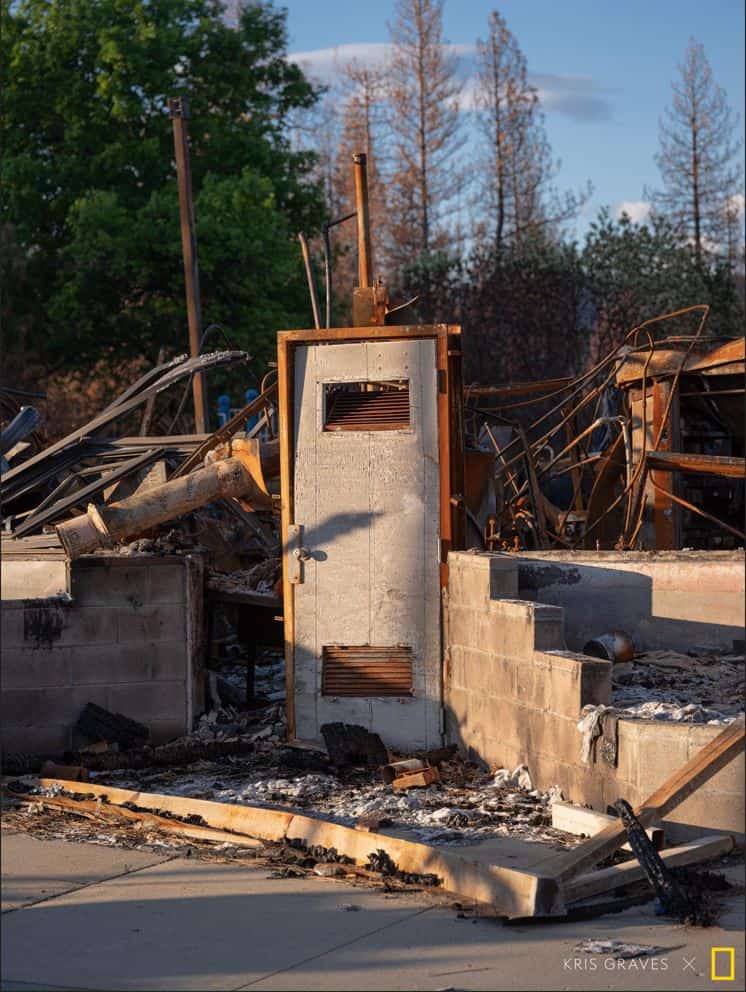 While researching climate change and California wildfires, Graves felt the desire to photograph neighborhoods demolished by these natural acts. This photo was taken months after the North Complex Fire (2020) ravaged the town of Berry Creek, California. 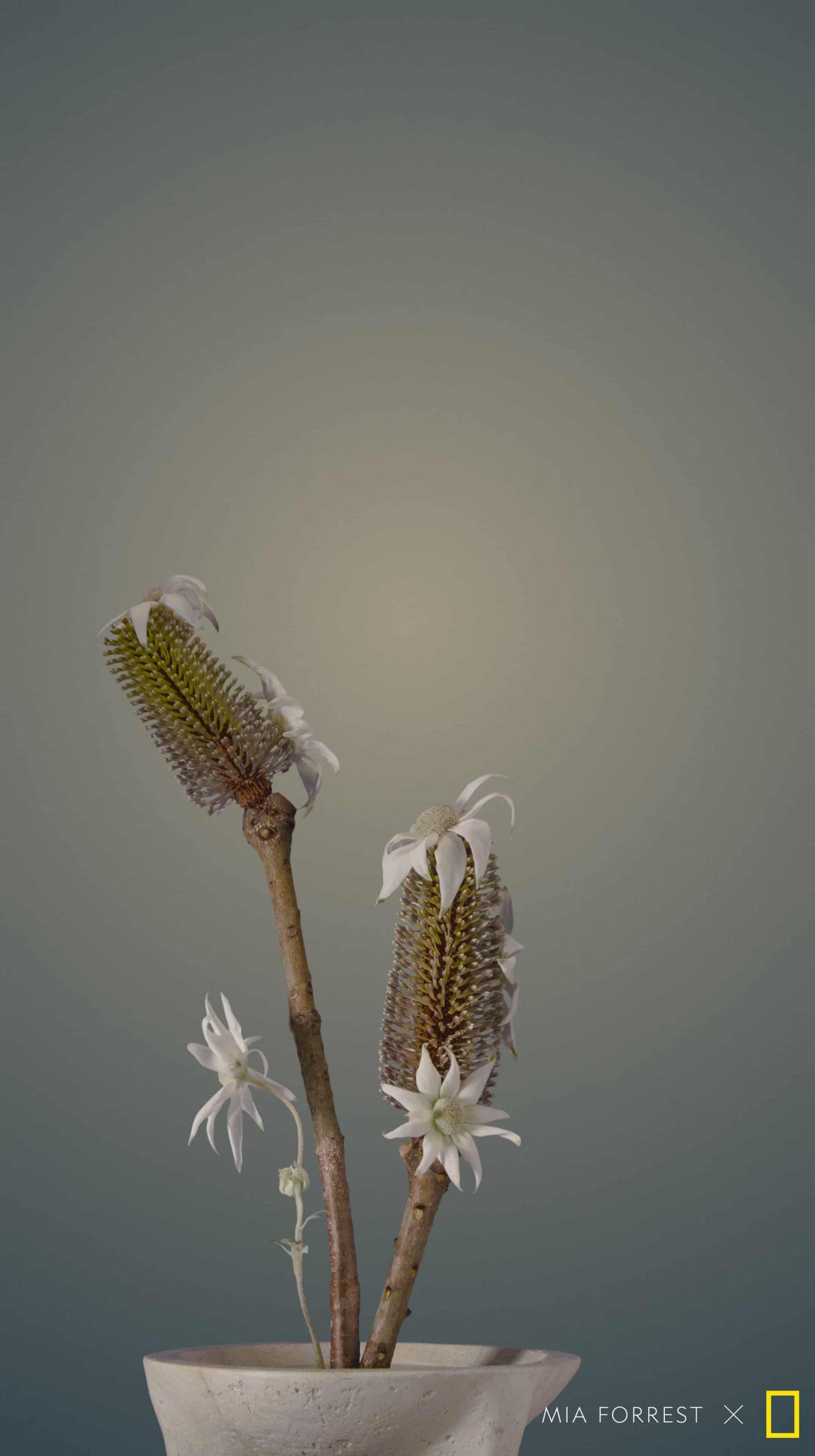 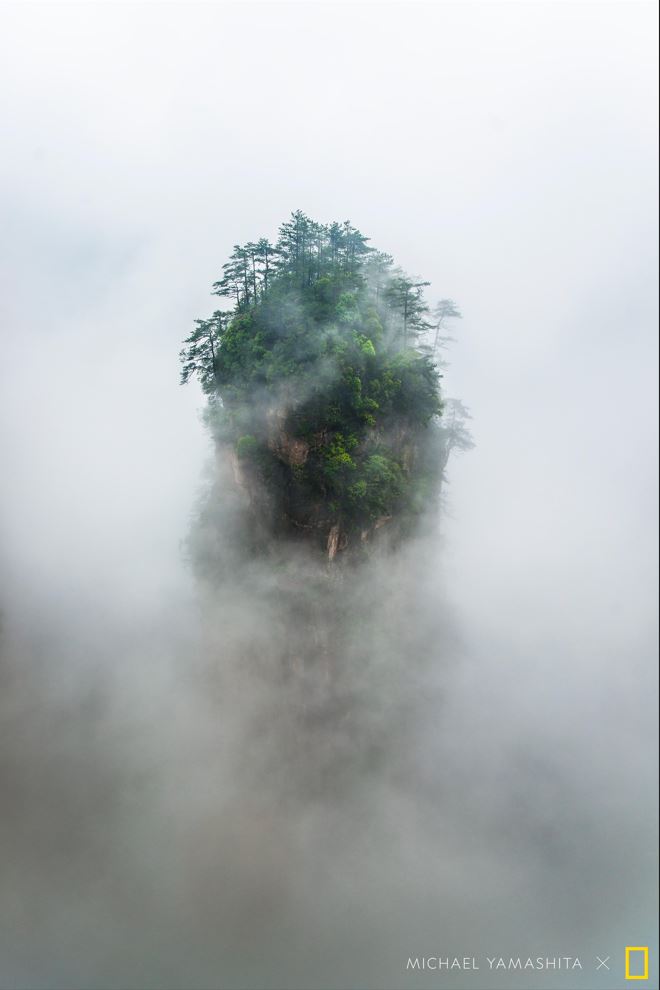 Yamashita went to Wulingyuan in search of the “quintessential Chinese landscape.” But it wasn’t easy to capture—Yamashita had to wait for the rain and moist air to create fog and for the wind to part the mist revealing a 1080-meter (3540 ft) column. 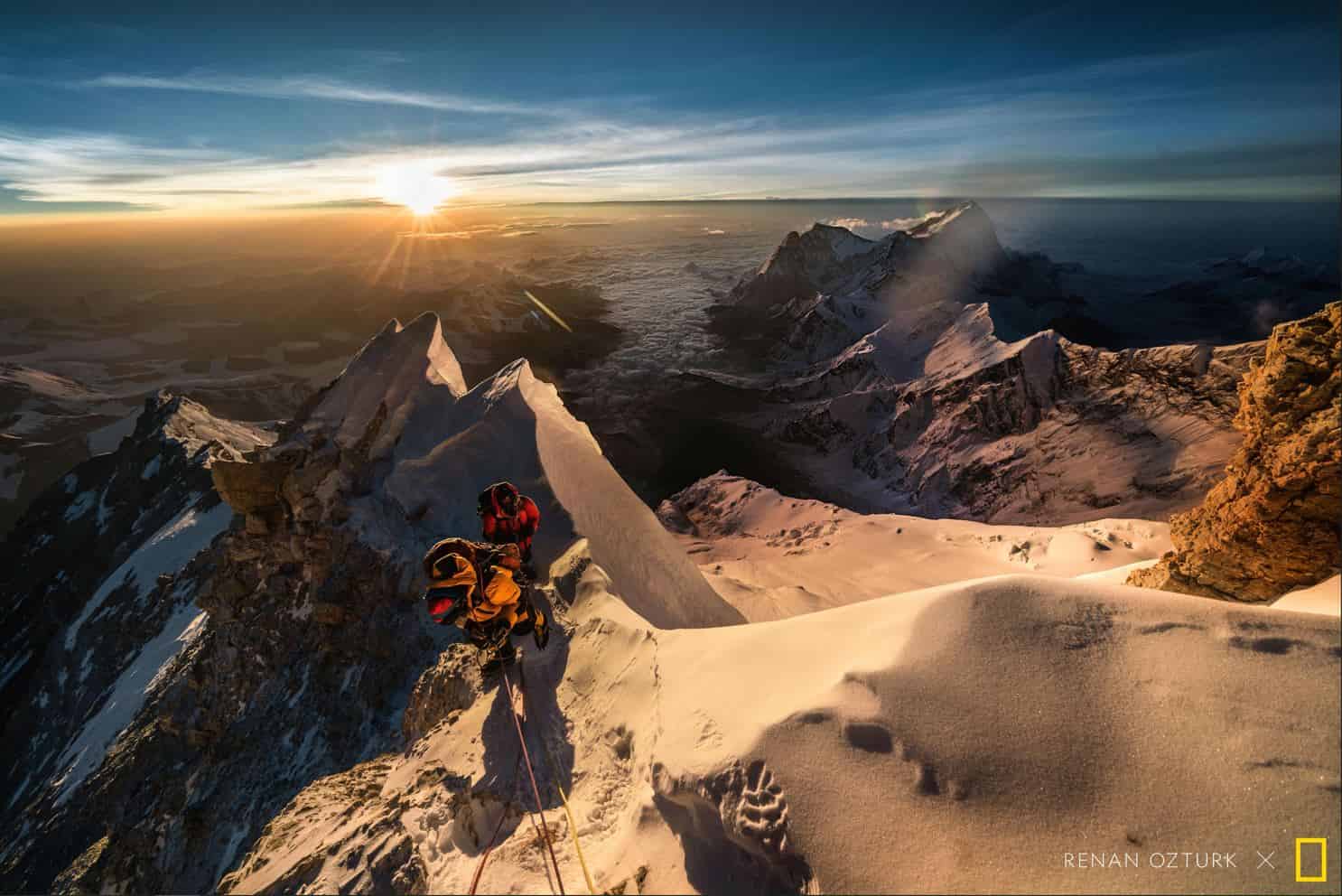 Ozturk‘s photo—an image of a conga line going to the summit—was taken during “the year that Everest broke.” “Beyond the crowds and trash, there is inherent beauty and spirit of adventure in this place” and this photo captures just that for him. 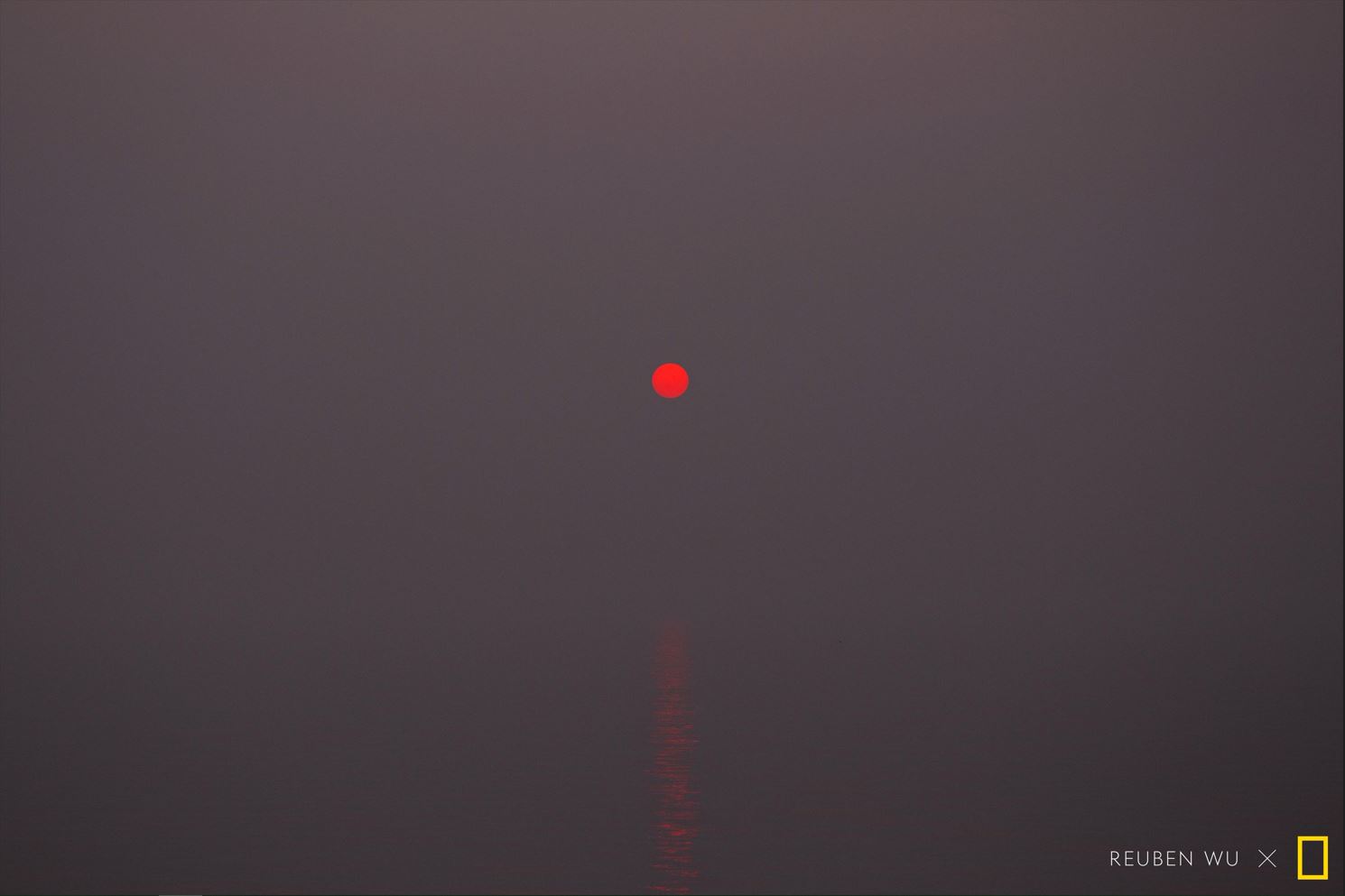 This image was taken at a time when Wu was “slowly emerging from the lowest point of my life.” The photo of a sun rising through dawn fog offered “a faint glimmer of hope” in his path to becoming a photographer. 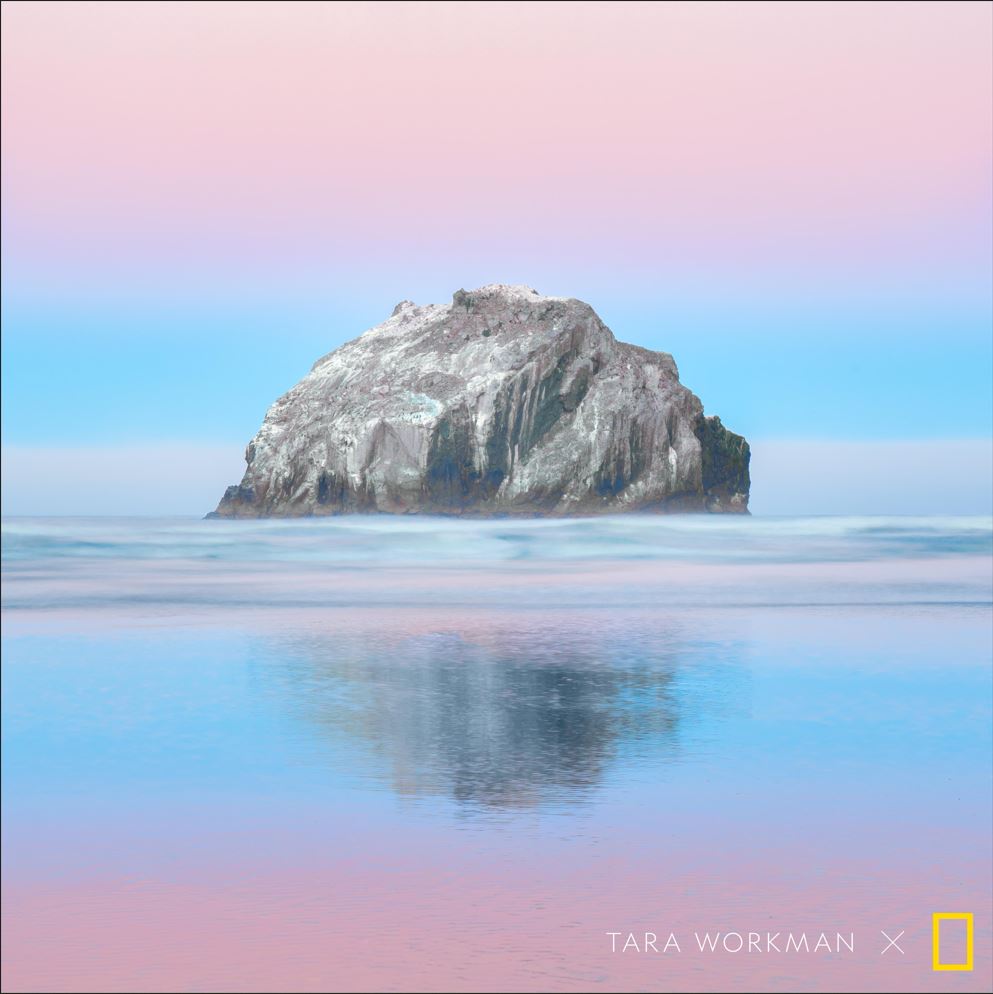 Workman captured this photo on a quiet morning in Oregon in the midst of a global pandemic. “This stretch of beach became my escape and gave moments of happiness during those dark Times.” 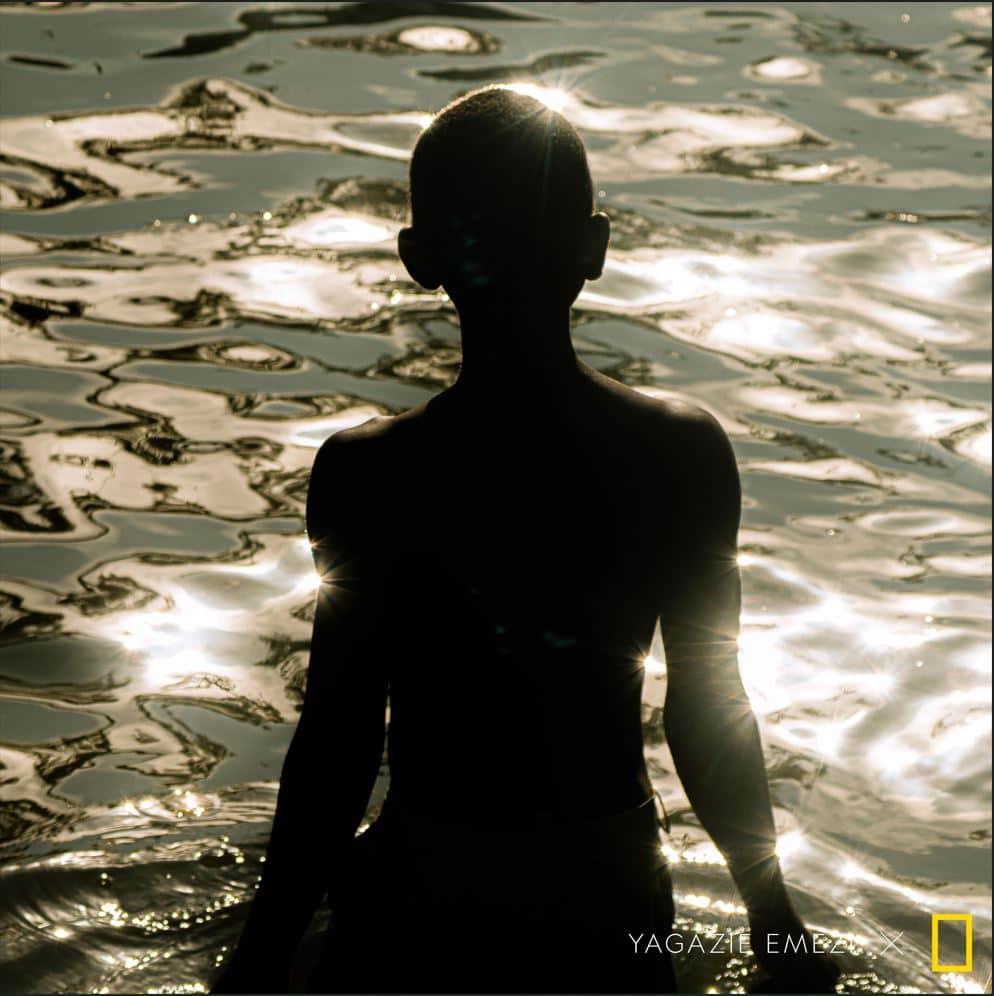 Emezi creates work that attempts to blend worlds, looking at the duality of the material and immaterial world. In this image, she captures a physical being in the spirit world.

All in all, that’s beautiful art. Freezing emotions and moments in one frame. This deserves more attention and appreciation.

Judgment is inevitable, the bigger the platform the bigger judgment it will get. So, when National Geographic decided to venture into NFTs, I’m pretty sure they knew what was coming at them. However, I’m not quite sure they were aware of the size of hate they were about to get. Let’s go over the reactions briefly.

The biggest disappointment came from Nat Geo’s platform partner Snowcrash. The discord was off and people were bashing Snowcrash for not handling the mint well. It led some people to even think this was a rug pull. Some even demanded Nat Geo release their NFTs on OpenSea. However, I think I understand why National Geographic NFTs weren’t available on OpenSea. Probably this is supposed to be perceived in a different way. It’s not the average mainstream kind of NFT. Maybe that’s why they chose Snowcrash. They should’ve gone with OpenSea though. If people gonna hate you anyway it’s better to have good technology on your side.

I’ve been trying to mint this GD NFT for 12 hrs now. Definitely don’t understand y the interface is so diff & glitchy.

If tried the eth Mainnet & Polygon Mainnet. Lost ETH bridging MATIC over and am realizing it’s really not cost efficient… the wallet doesn’t even match mine! pic.twitter.com/mJdoVPOJuw

“Welcome to the comment section, here you’ll witness a sea of people hating on what they don’t understand in their natural habitat,”

“It’s a shame most people commenting negative takes here won’t have taken the time to learn about the useful applications and problems the tech is solving/has the potential to solve.”

NFT Artist Chuck Anderson
Goes by the name “nopattern”. He was furious about Nat Geo using the BAYC pic.

“Of all the incredible projects, artists, and concepts in the NFT ecosystem, BAYC is far and away the corniest and most tasteless example. Bummer this is what people who haven’t hopped in are still being fed.”

The general public was too harsh and critical of the National Geographic NFTs. I mean to the point where Nat Geo had to delete the post from the scope of social media, can you imagine how cruel it was? Some accused them of condoning money laundering and mocked that NFTs are a bubble that burst a long time ago. It was a parade of mockery and ridicule, and unfortunately many lost respect for National Geographic’s platform. That’s sad.

However, others were really excited about the idea and showed support. Many questions were raised about the utility of these NFTs. You can scroll the comments on the Twitter accounts and find the deleted Instagram post because I will only highlight the reaction that made the most sense to me. This tweet from Lighthawk81 is fair.

Love the idea but in my opinion NFTs are still too early for the general public. WWF tried it last year and they only got hate from ignorant people…

Frankly, yes. But I get where they are coming from and we can’t blame anyone. The only thing National Geographic can be blamed for is having HORRIBLE advice on how to introduce their project to public opinion. It’s blowing my mind because Photography NFTs are not very new or rare. Drift made a huge fanbase around the world with his daring Where My Vans Go NFT collection. The biggest problem in the National Geographic NFTs is that they were poorly marketed. You can’t throw NFTs at people who hate them by posting an article with BAYC NFTs as a cover… come on.

This announcement should’ve taken another route, and the NFT’s utility must have been thought through. For example, these unique photography NFTs could’ve acted as passes to a special edition of the magazine, or a special membership… the ideas are plenty! Also, Starbucks made it with its Odyssey NFTs because of using the method to bridge the gap between web2 and web3.I feel bad that a platform like National Geographic didn’t do its research on NFTs the right way.

Seriously though, if ape images that stand for nothing but bored rich people making investments can sell for millions, images captured by legendary photographers should sell for billions. Something’s quite not right.