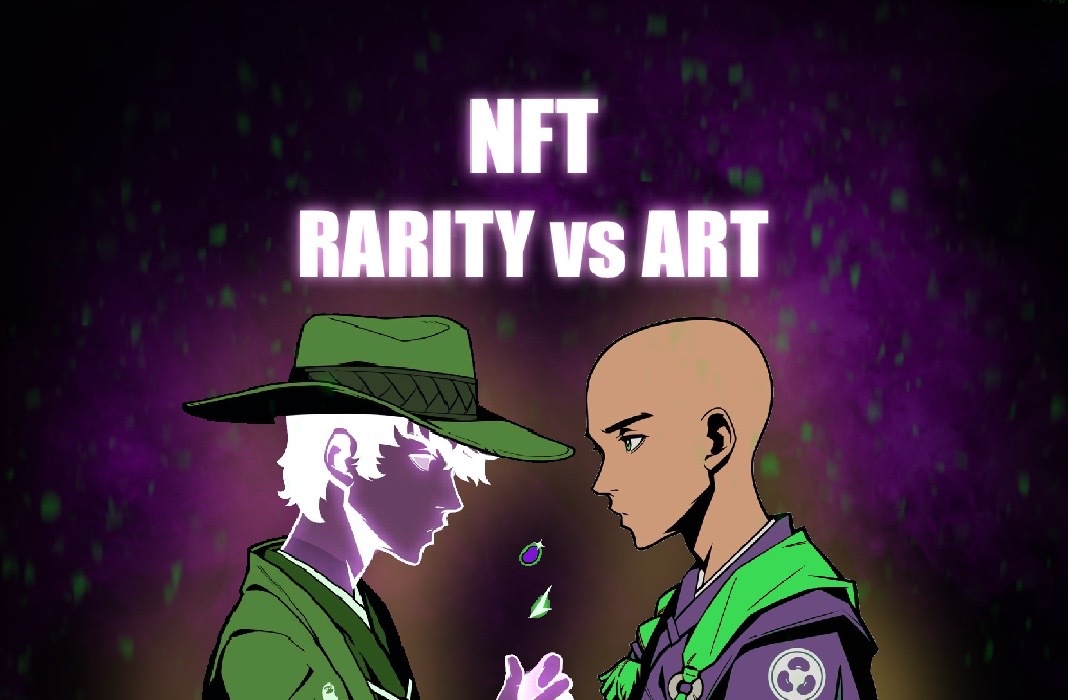 The rarer your NFT is, the most valuable it is. Correct? Well, sort of. That’s not always the case. It was definitely this way when the NFT space was just starting. Everyone was rushing to get the 1-1 NFT. However, currently, the situation is a bit different. While the rarest NFT still holds its status. The most expensive NFTs are not always the rarest. Let’s figure out what matters more NFT rarity vs NFT art.

We’re going to check the rarity vs value theory in this article using blue-chip projects. It’s important to note that this is inspired by the @waleswoosh thread on Twitter.

NFT rarity definitely holds a lot of importance in this space. But, another key thing is aesthetics. Especially in PFP collections. The NFT has to be appealing to look at. Some collectors think of it this way: if I lose money, at least I would be stuck with something I like.

This is why the best money-making strategy would be figuring out the perfect balance of nft rarity vs nft art. This is the rule that the bored ape Franklin follows. In fact, he started by making excel sheets of the best trait combination.

So far, he has 67 apes but he doesn’t just pile them. He flips apes on a regular basis. Therefore, he does know what he’s doing.

It took a while, but I flipped this CryptoPunk for a 1.13 ETH profit in just over 6 days: pic.twitter.com/lojetkno6Q

To further understand how the majority views this, we’re going to look at blue-chip projects. Below, we listed the rarest, least rare, and most expensive NFT of each collection. You’re going to see that the rarest is, in fact, not the most expensive. Let’s dive into the NFT rarity vs NFT art debate. 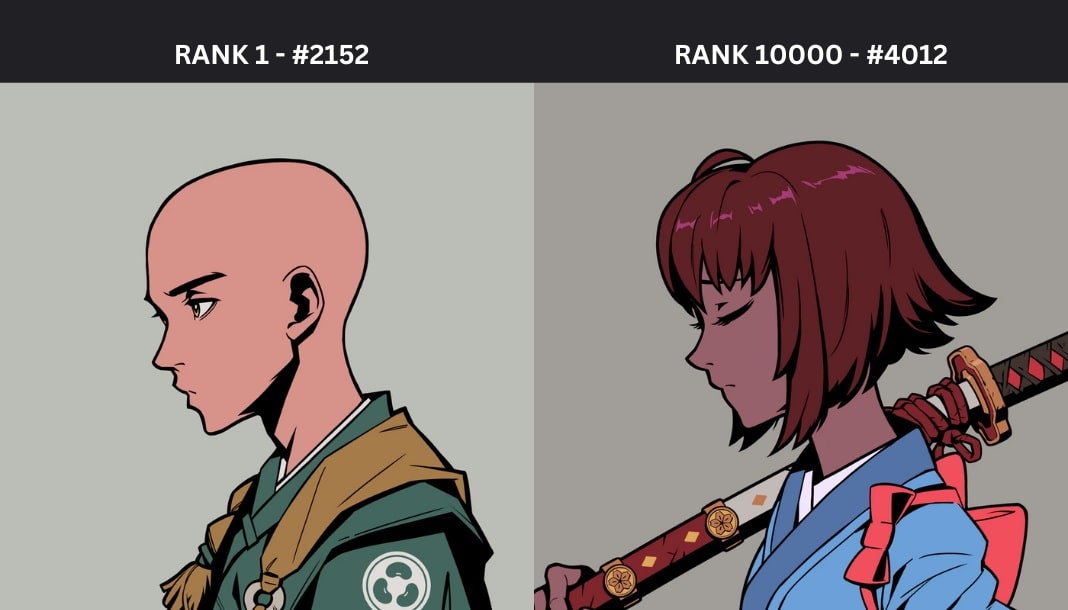 If we compare these two Azukis, we’d think the one on the right is the rarest. It has more “traits” like a sword and backpack. But, does the rarest one stand out to you? It’s nice and simple.

So, in this case of NFT rarity vs NFT art, art wins. 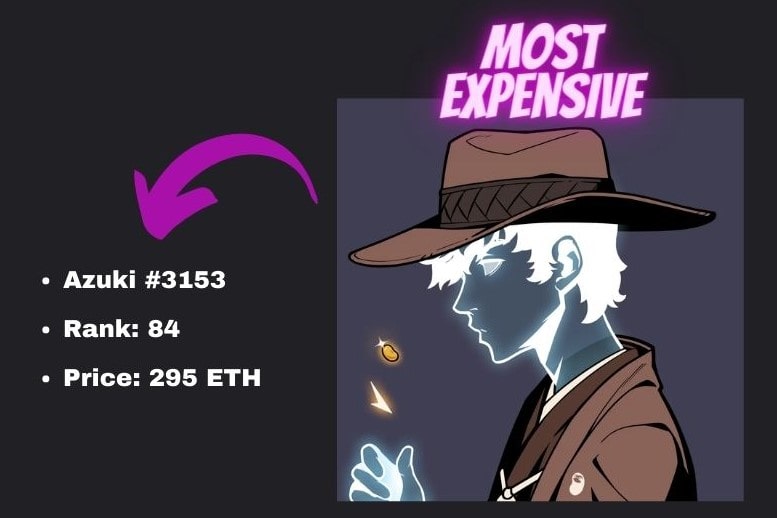 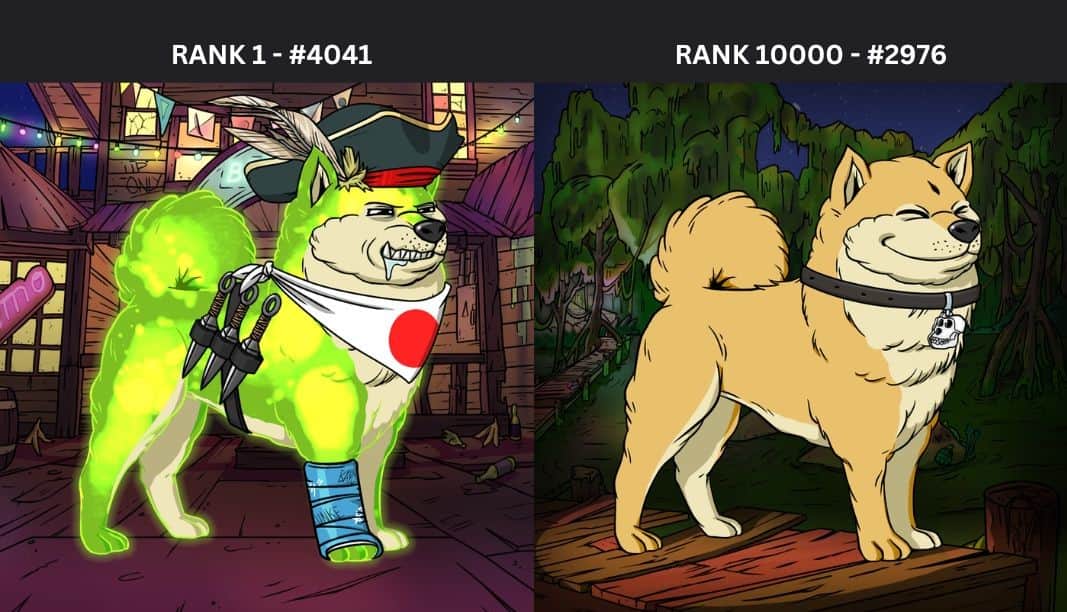 Next, the bored ape kennel club NFTs. One look at #4041 and one would understand why it’s the rarest. The radioactive skin and growl definitely make it unique. However, it is not the priciest. 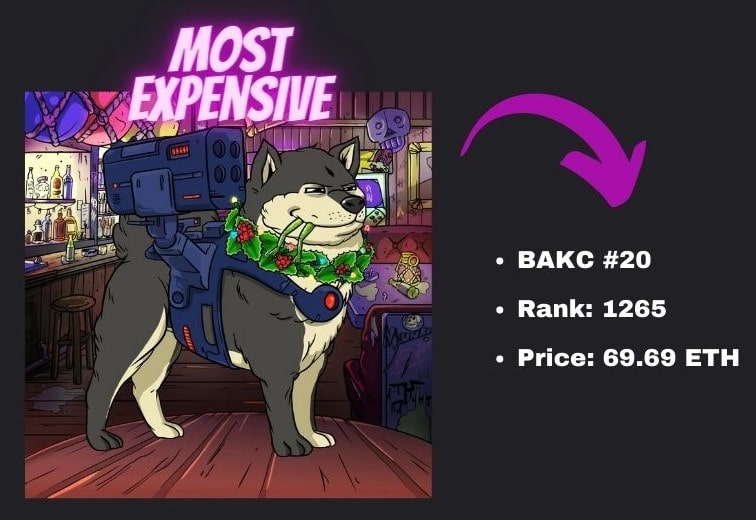 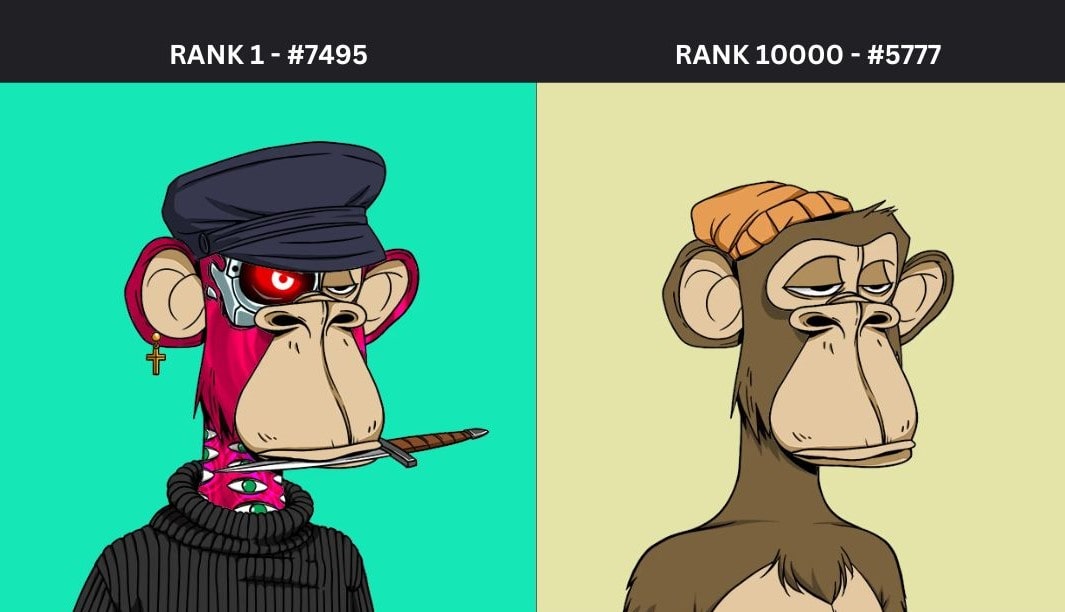 Continuing with the apes, we’ve reached the infamous BAYCs. Without a doubt, #7495 is the rarest and most unique looking. If I had the money, I’d buy it in a heartbeat. But, for some reason, it is not the most expensive. 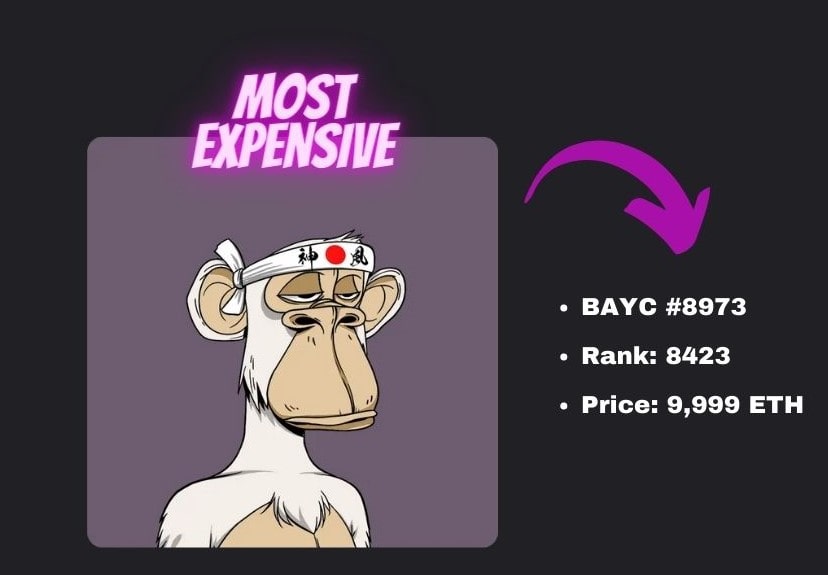 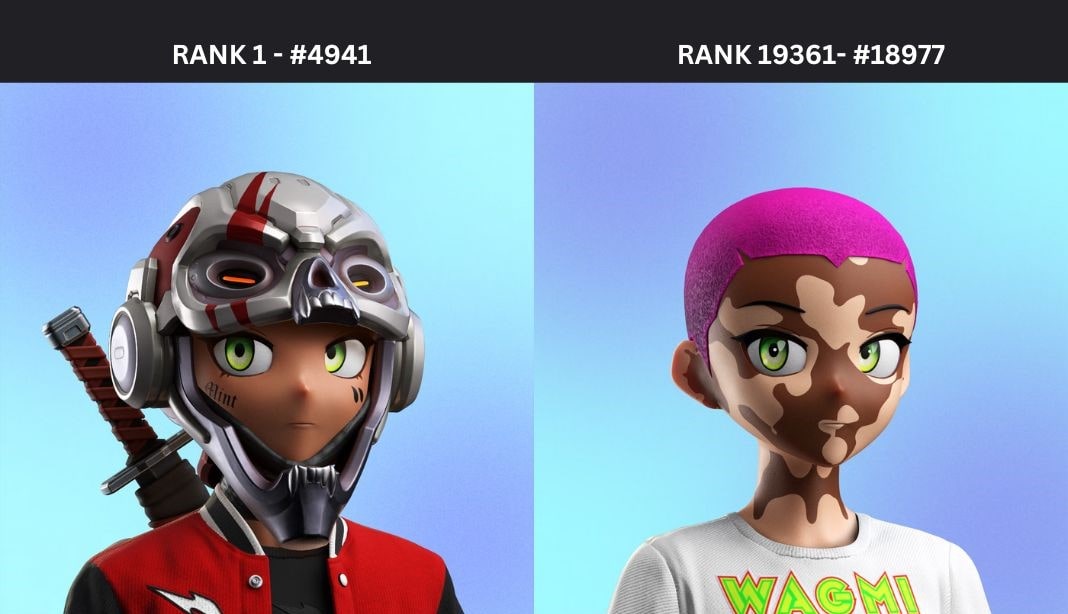 Furthermore, CloneX does prove the rarity vs art theory. Because #4941 is the rarest yes. But, personally, I find #18977 more appealing. The skin just makes it more unique-looking. 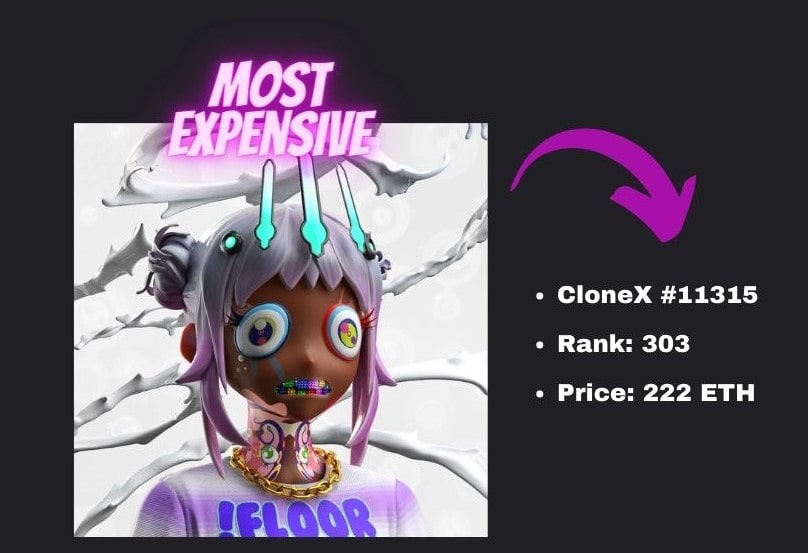 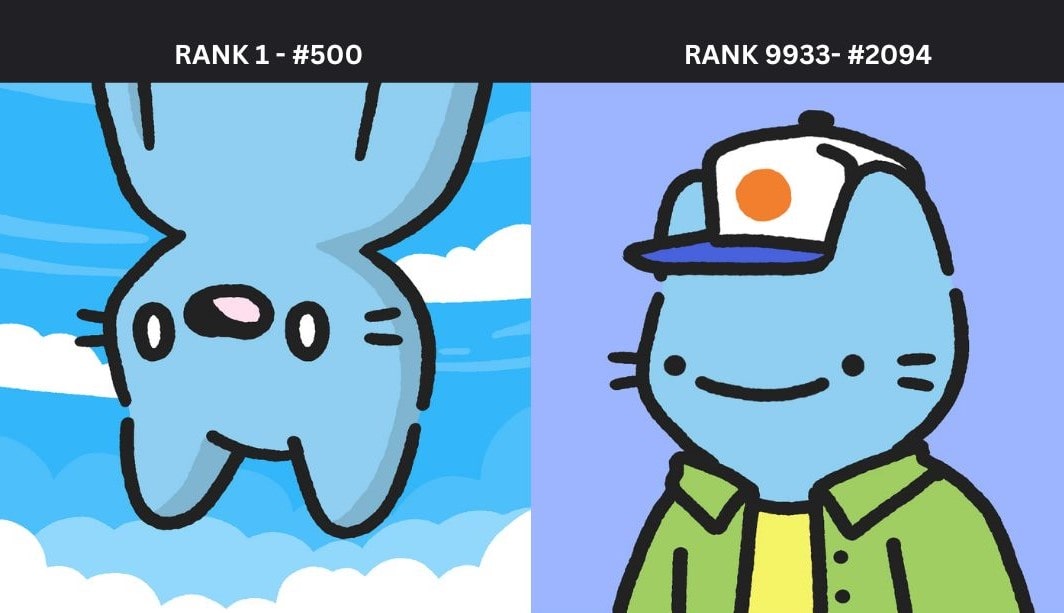 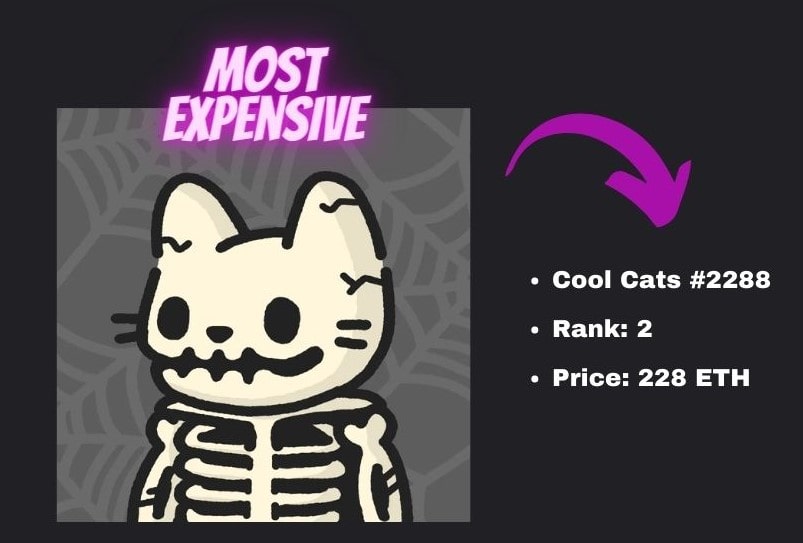 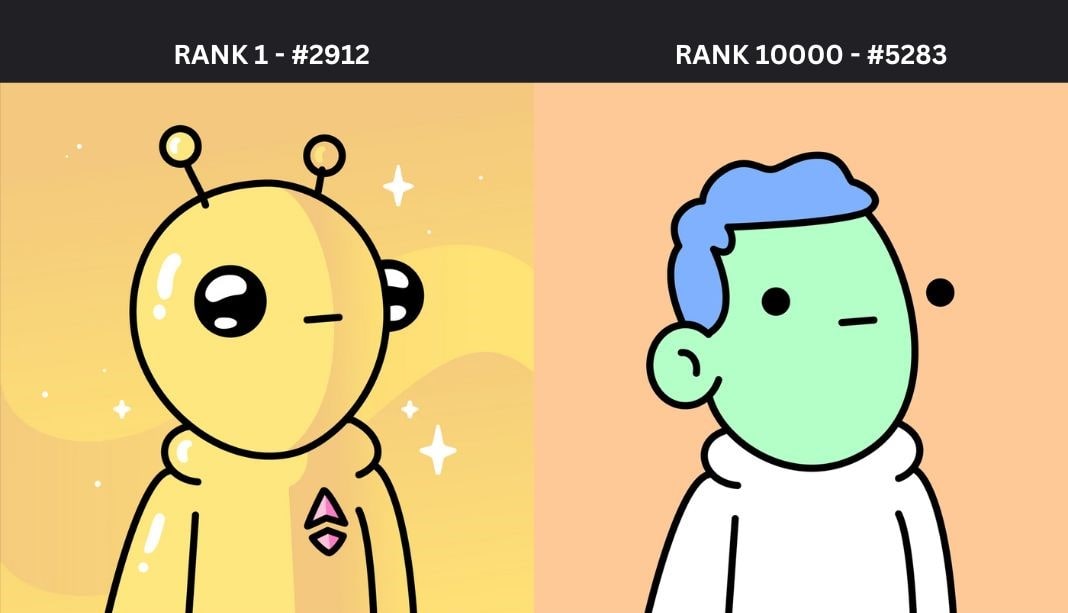 Doodles make me pause for a second. And, wonder what collectors even like. Because #2912 is not only the rarest but the prettiest doodle. The gold? The eyes? The Ethereum tag? I love the unique details! 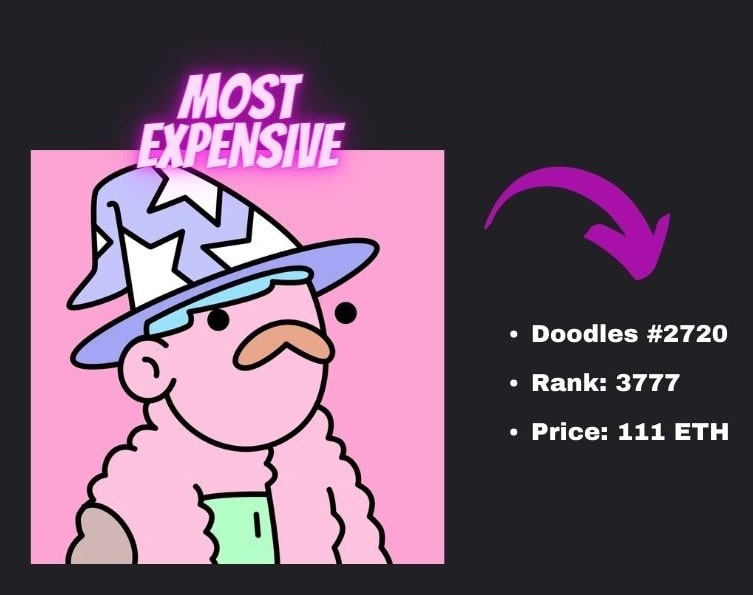 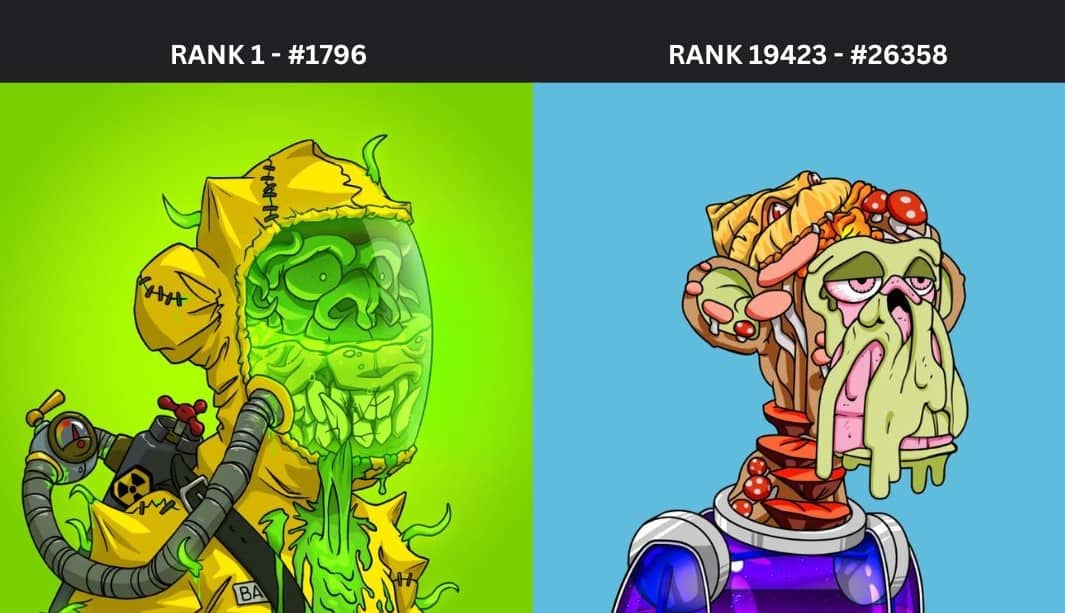 Next on the list is none other than MAYC. However, I’m lost on this one. All three look… Nice? The rarest, being radioactive, is definitely unique. However, the most expensive also looks really unique and stands out. So, up to you to decide. 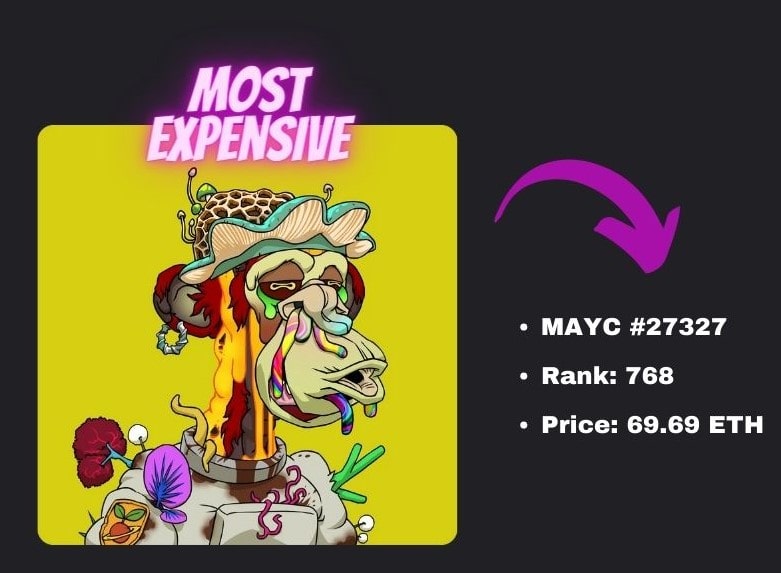 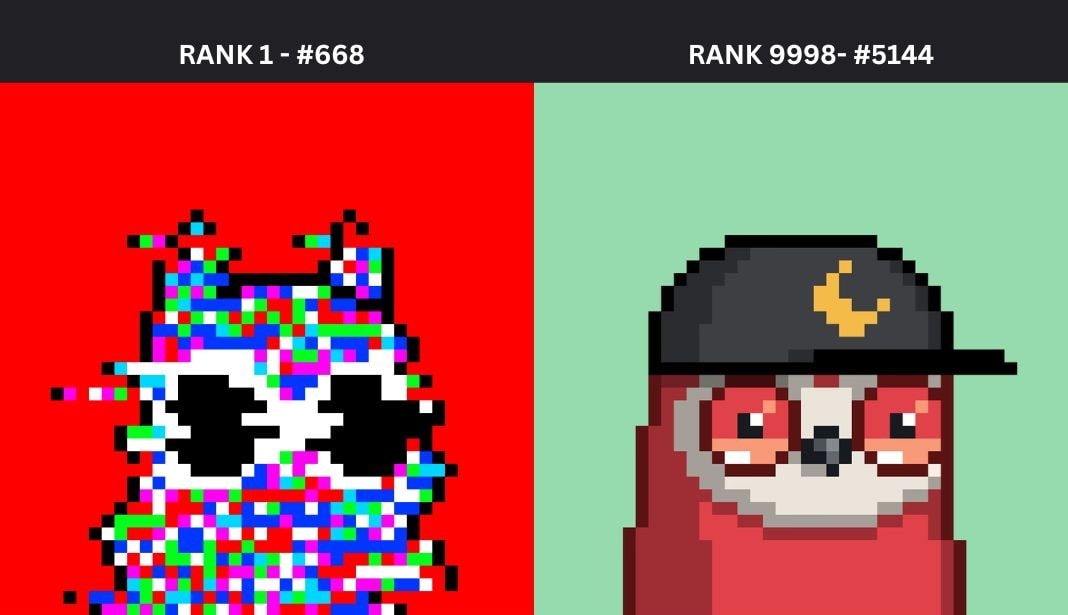 Yeah Moonbirds is definitely something. I think the rarest definitely is unique. And, in terms of aesthetic, it looks much more “artsy”. But, #8541 is worth 17 ETH ($27.9K). 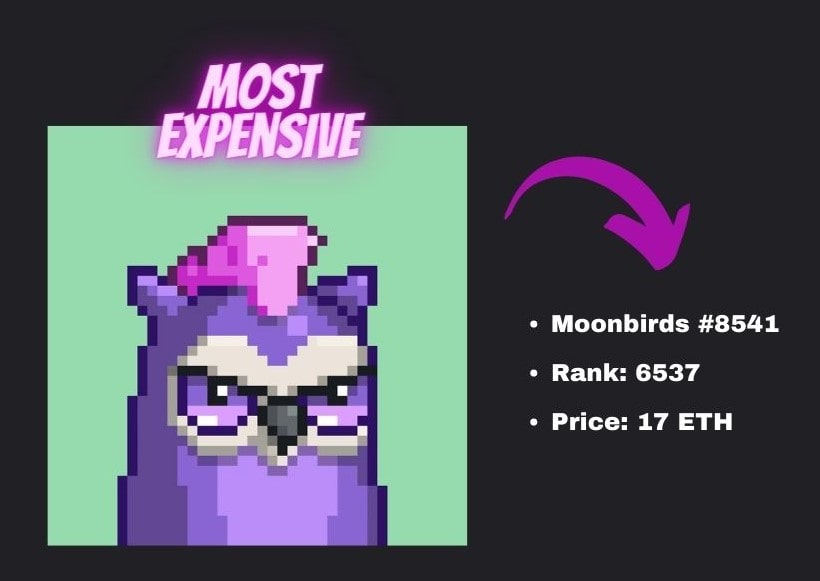 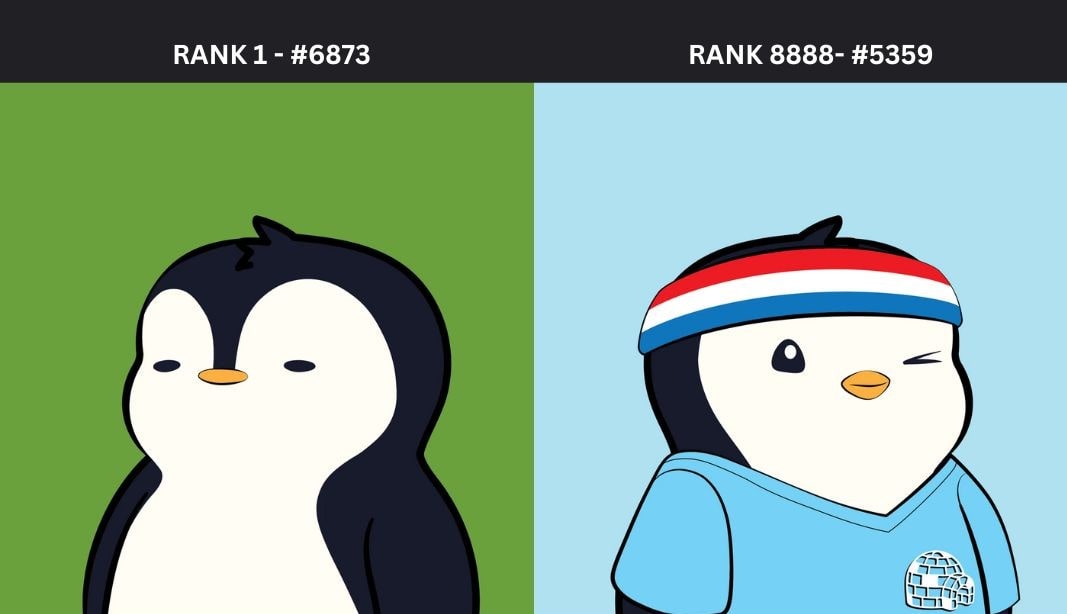 The appeal of Pudgy Penguins is probably how cute they are. The rarest is simple in terms of the penguin and character. Even though #5359 is the least rare but it has more character. It seems more lively.

And, of course, the most expensive, worth 200 ETH ( around $329.3K) is just so freaking cute. So, aesthetic vs rarity? We vote for aesthetic on this one. 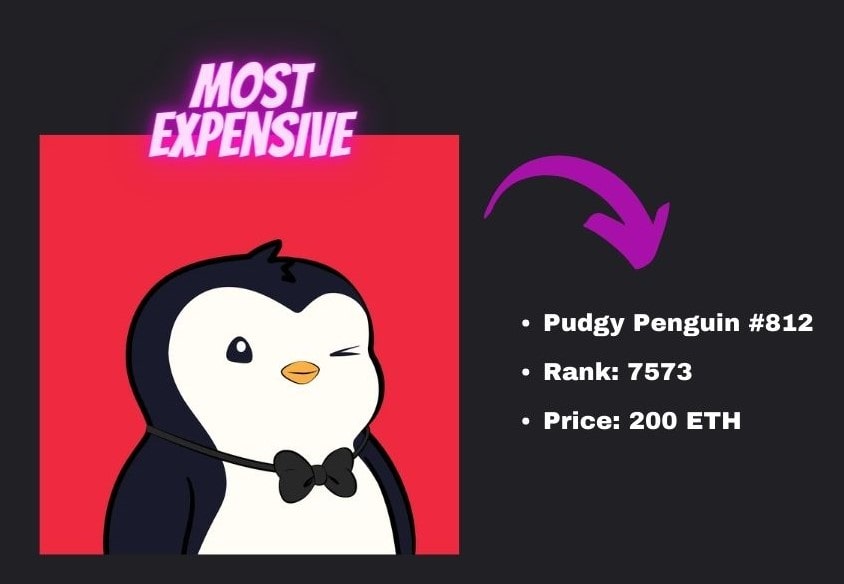 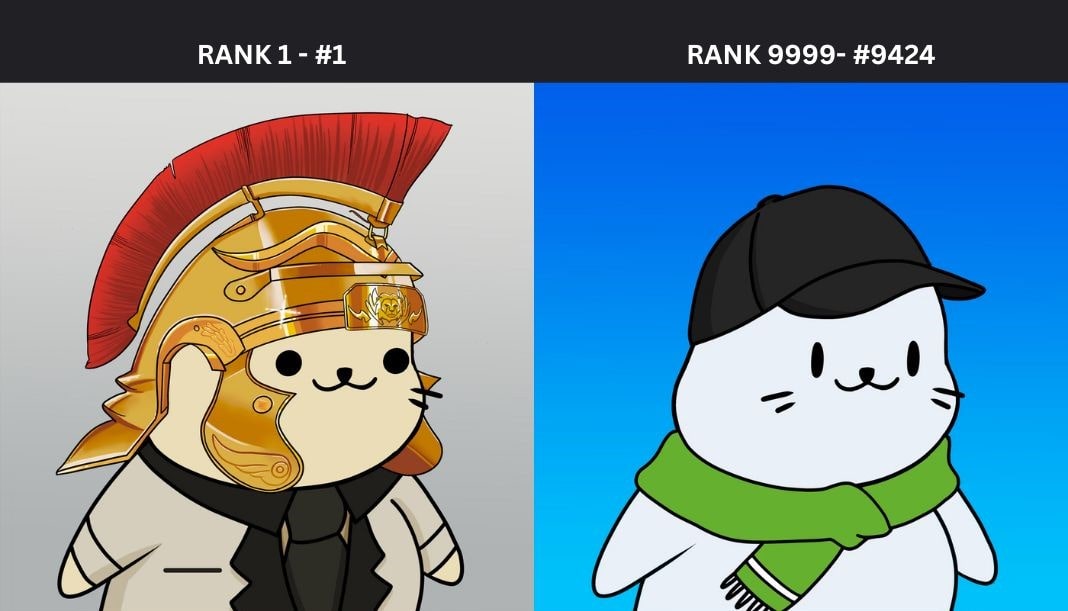 The sappy seals! Personal favorites. The rarest, we understand why it is rare. However, there’s something for you to consider. The least rare is actually the PFP of the founder wab.

And, the most expensive, worth 4.9 ETH (around $8K), definitely has more character with the glasses and beanie. It is ranked 866, yes, but it has someone’s heart. 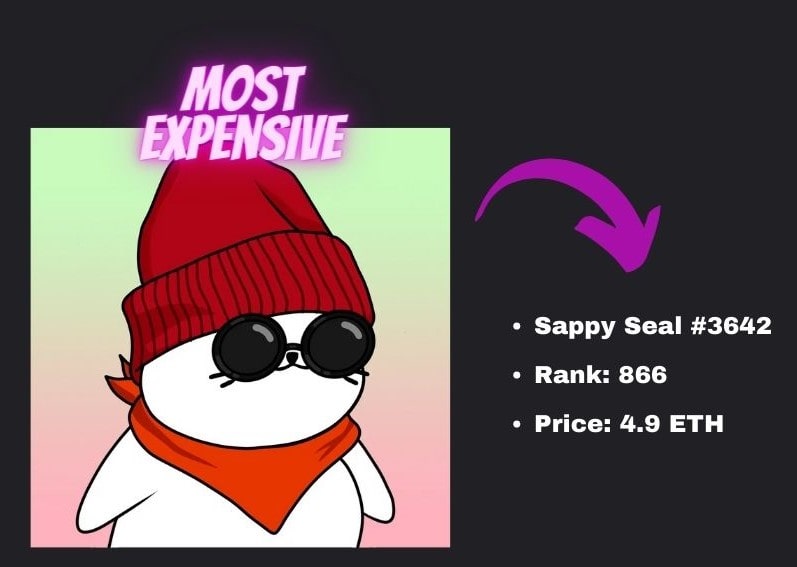 So, what’s the verdict on NFT rarity vs NFT art? Aesthetics surely plays an important role in the NFT space. Rarity isn’t all there is. And, you might be missing out on a lot of money if you just snipe the rarest NFT when it’s not appealing. Always take into consideration all NFT metrics there is. To help you out, here are the top NFT metrics to evaluate projects like a pro!