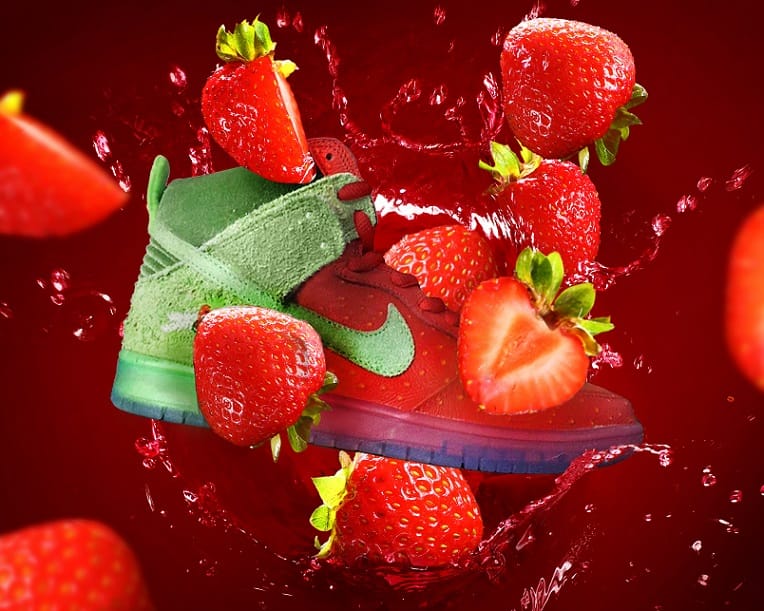 Nike SB Dunks are on a roll this year! Several extremely popular 2020 silhouettes belong to the SB division. And soon, a new colorway will join the popular gang: the Nike Dunk High Strawberry Cough. But first, let’s do a little SB recap!

A Quick History of the Mighty Dunks

Nike SB Dunks have been through a lot. Let’s see, when they initially launched in 2002, they were some of the best sneakers around. It took time, but they became a staple (pun intended) in every sneakerhead’s and skater’s closet! However, several years later, the chunky type of kicks became old news while running sneakers and the sort became the “in” of the time. But that didn’t last long, because the bulky trend came back. And with it, Nike SB Dunks came back into the competition. By late 2018, Nike Dunks started turning heads again, with a lot of celebrities rocking them like Travis Scott and Frank Ocean.

Now that the new generation of sneakerheads is getting familiar with the different SB silhouettes, celebrities sealed the deal. With Travis Scott rocking Dunks and Kylie Jenner rocking a Nike Dunk High and Low, we can see where that’s going. Let’s not forget cool releases that also helped the hype like Nike SB Dunk Low Strangelove and Travis’ own rendition of the Dunks. Today, we’ve got Nike Dunk High Strawberry Cough keeping us on the edge of our seats!

Let’s start from the beginning. 4/20 is, simply put, Weed Day in Cannabis culture. So on April 20, at 4:20 PM, the whole world collectively gathers to smoke weed. And Nike thought that they should pay tribute to the occasion in their own way: Sneakers.

Some notable previous releases were Todd Bratrud’s Nike Dunk High Skunk 420, which currently resells for an average of $1,119. Another one of Bratrud’s 420 designs is the unreleased Nike Dunk High Cheech and Chong, and you can find that one on eBay for $1,200.

From the name to the design, to the colors, the Nike Dunk High Strawberry cough is a unique pair of kicks! The name is literally a marijuana strain, and it perfectly fits the 4/20 theme. The colorway though, it’s a story by itself! The front of the upper consists of red leather with studs that eerily look like the strawberry seeds. The back is a green hairy suede, a material Todd Bratrud really likes, and that would be the strawberry leaves! Finally, the icy blue outsole is like dipping the strawberry in the water! If you look at the kicks at a certain angle, you can see the strawberry! The best thing about Nike Dunk High Strawberry Cough though is the detailing. A coughing strawberry decorates the side of the heel and the insoles!

As of today, we still don’t have an exact release date. However, if the theme means anything, we can expect the Nike Dunk High Strawberry Cough to drop on April 20, 2020. As for resale value, the kicks currently resell for an average of $813. However, if the stock is low for this release, the resale value of the kicks will skyrocket! So if you don’t wanna miss this release, better get your bot up and running. And if you don’t have a Nike bot yet, make sure you join the waitlist to get your copy!