Nike Releases of 2019: What to Expect From Them? 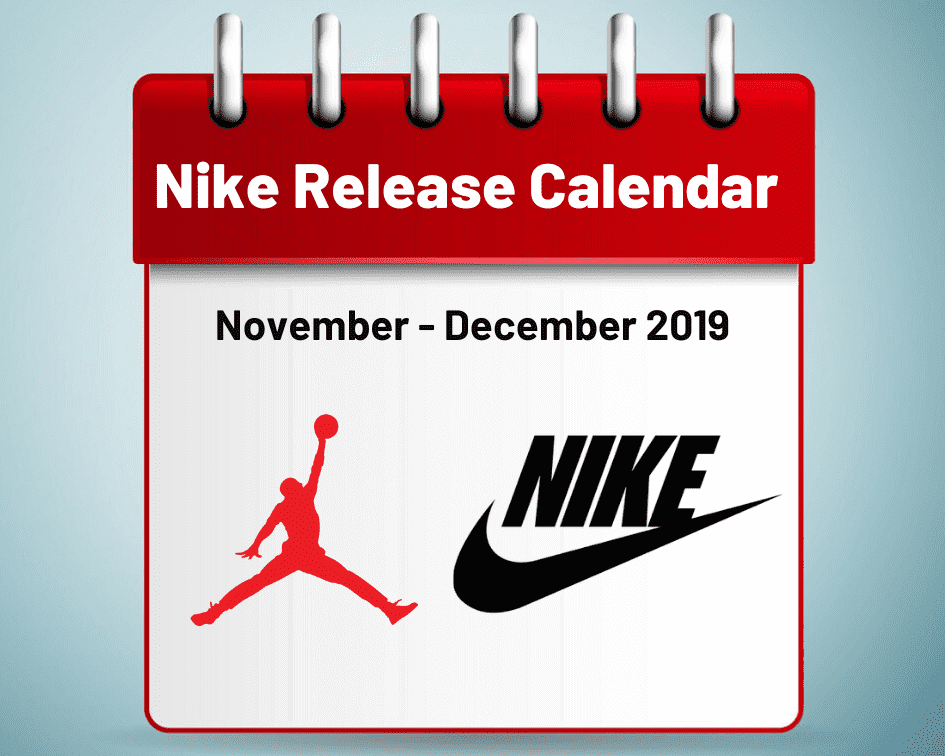 If you’re a real sneakerhead, you probably check the Nike release calendar page more than you check your work email. New Nike releases bless us almost on a daily basis. But some are just naturally more valuable.

Now that the Nike Air Force 1 winter edition kicks released in November 1, what are the upcoming Nike releases you should highlight on the release calendar?

Lamar. His take on the Nike React Element 55 is very interesting. Although the shoes only have black and white and grey colors, the black and white offer a striking contrast just like yin-yang. The marble like design on the upper also gives an additional depth to the design! For an average of $235, you can consider the kicks as one of the most successful React Element 55 releases! 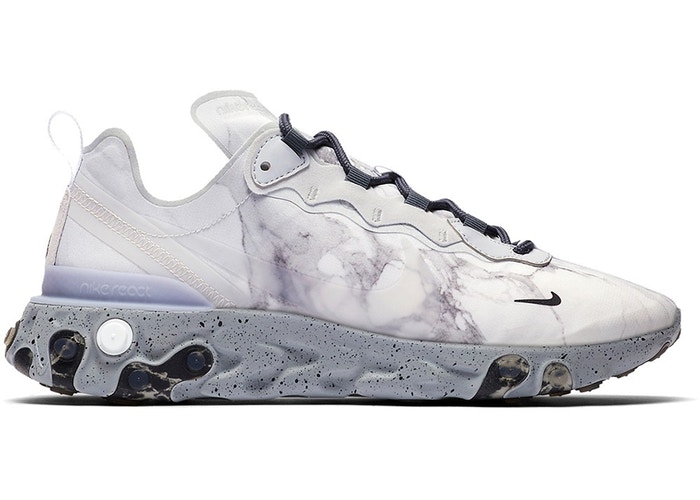 Olivia Kim, the director of creative projects in Nordstrom, collaborates with Jordan Brand to release the women exclusive Air Jordan 4 Retro “No Cover”. The kicks feature a black cat fur upper (it’s actually fake pony hair). Why? Because Olivia Kim decided to pay homage to the legend Michael Jordan’s childhood who’s nickname was “Black Cat”. The kicks will be out on the 8th of November for $190. However, if you want to get it on resale platforms, expect an average price of $273. 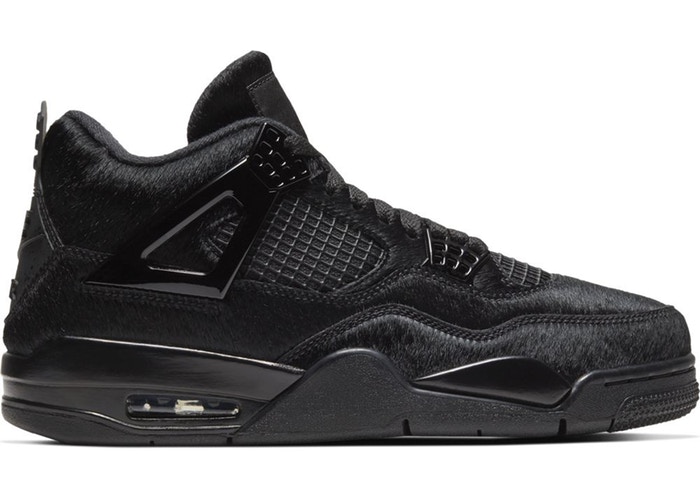 Virgil Abloh and Nike are back at it again with their unique and weird designs! Nike Vapor Street already provides a cool aesthetic, so when Virgil adds his touch, it’s fireworks! The women’s exclusive collab is coming in three different colorways, yellow/black, blue/yellow and black/pink. The shoes are wrapped in semi-translucent material that give bubble-wrap vibes, and have additional asymmetric laces along with traction spikes on the outsole. The kicks will retail for $190 but could resell between $374 – $544 on average! 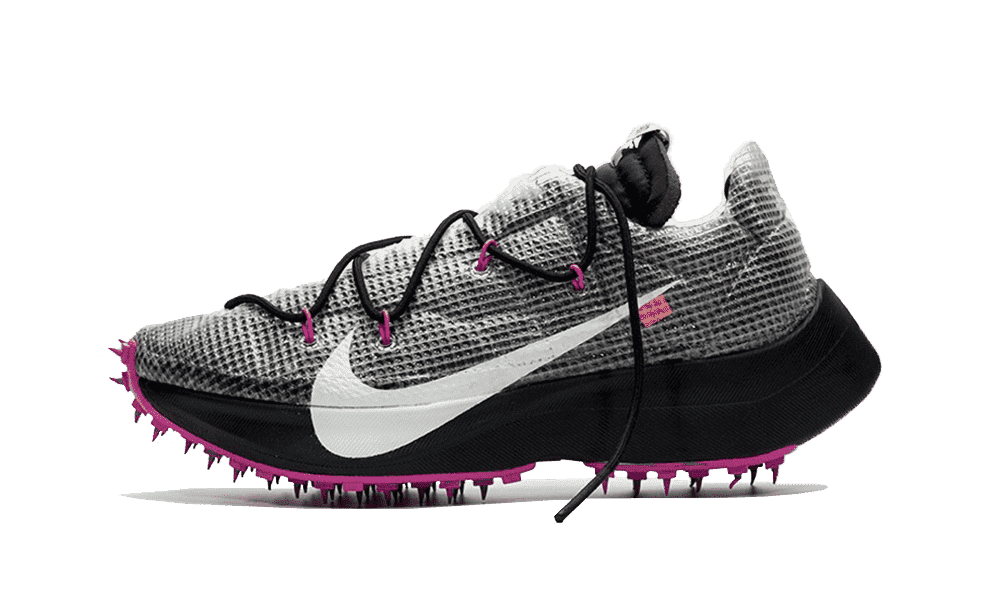 Melody Ehsani, is collaborating with Nike and Jordan Brand to release her quite unique take on the Air Jordan 1. These kicks are a part of the “Fearless” collection and feature a mismatched pair of very colorful uppers and translucent outsoles with “If you knew what you had was rare, you would never waste it” scribbled across the midsole. The most striking thing about the sneakers however, is the watch face lace lock! The AJ1s, which are retailing for $130, could resell for $508 on average. 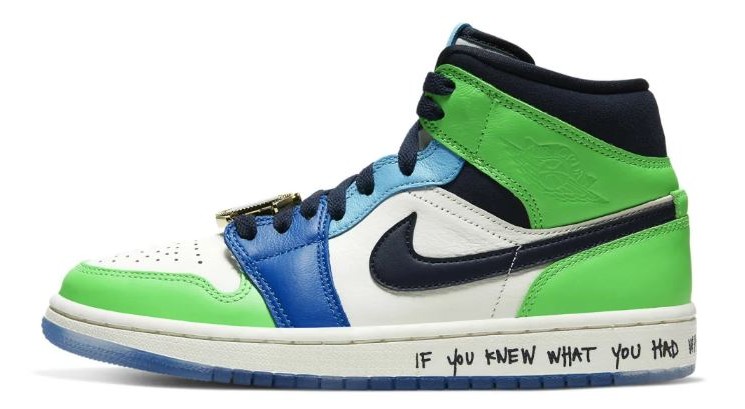 Or what we would like to call “THE Air Force 1” because it has been hyping the crowds for a looong time now! The sneakers feature a mix of materials like canvas, corduroy and suede for the upper with nods to Travis’ hometown, Missouri City, Texas. They also feature different fall colors like bronze, dark blue and black. A cool addition to the shoes is the lace cover that’s similar to a coat with a zipper. A camo swoosh on the side panels just adds to the edge in these kicks! AF1 Cactus Jack is on its way to become a very successful release because it currently has an average resale price of  $1,153! 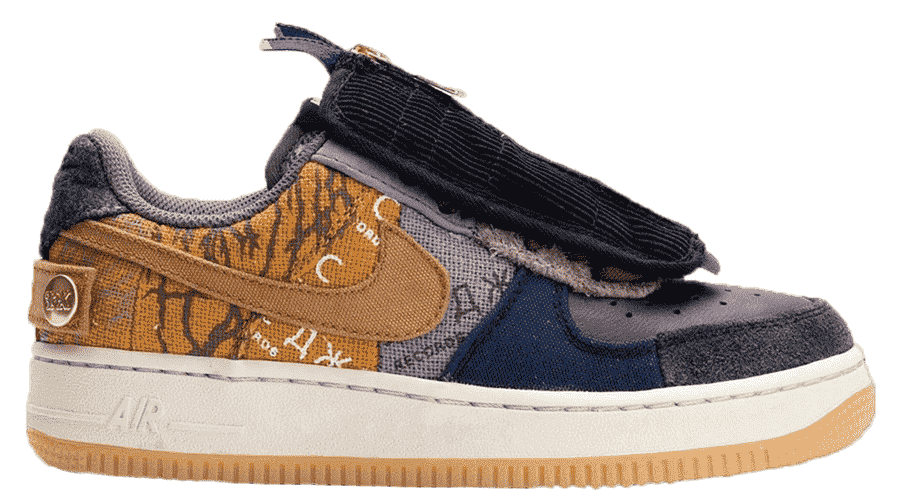 The Japanese streetwear company is hopping on the “Fearless” train and releasing their version of our favorite silhouette. The shoes are undoubtedly make-heads-turn cool with their blue-white-black upper with streaks of orange and red. However, they are definitely on the toned downside of the spectrum in comparison to their usual designs! The kicks will definitely be a hit, especially if they’re an exclusive edition. 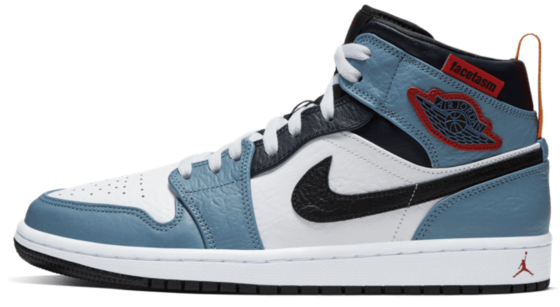 Jordan Brand is definitely celebrating its 30th anniversary in style. The upcoming special edition “What the” Air Jordan 4 will feature a white upper with mismatched lace and heel tabs. We expect the kicks, which will retail for $200, to resell for an average of $405 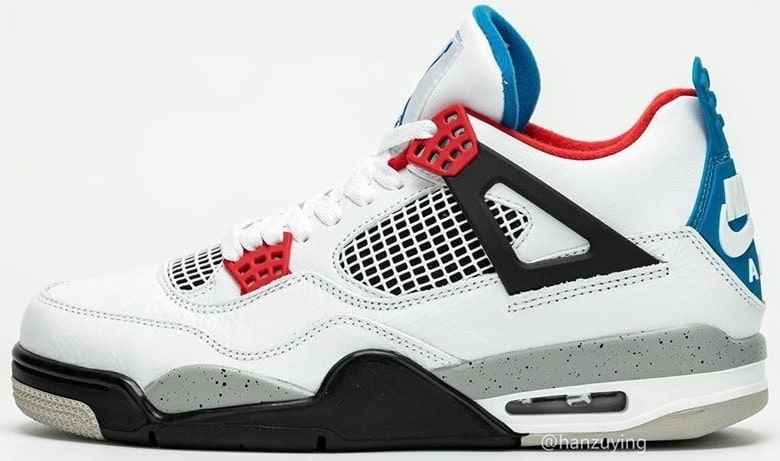 Who doesn’t know the 1989 silhouette, and love it? Well, this year Jordan Brand is blessing us with a winter version of the kick that we’re really digging. The dark blue upper is now waterproof, and the inside is made of plush material! So if you’re in a sneaker mood but the weather requires boots, these sneakers are for you! 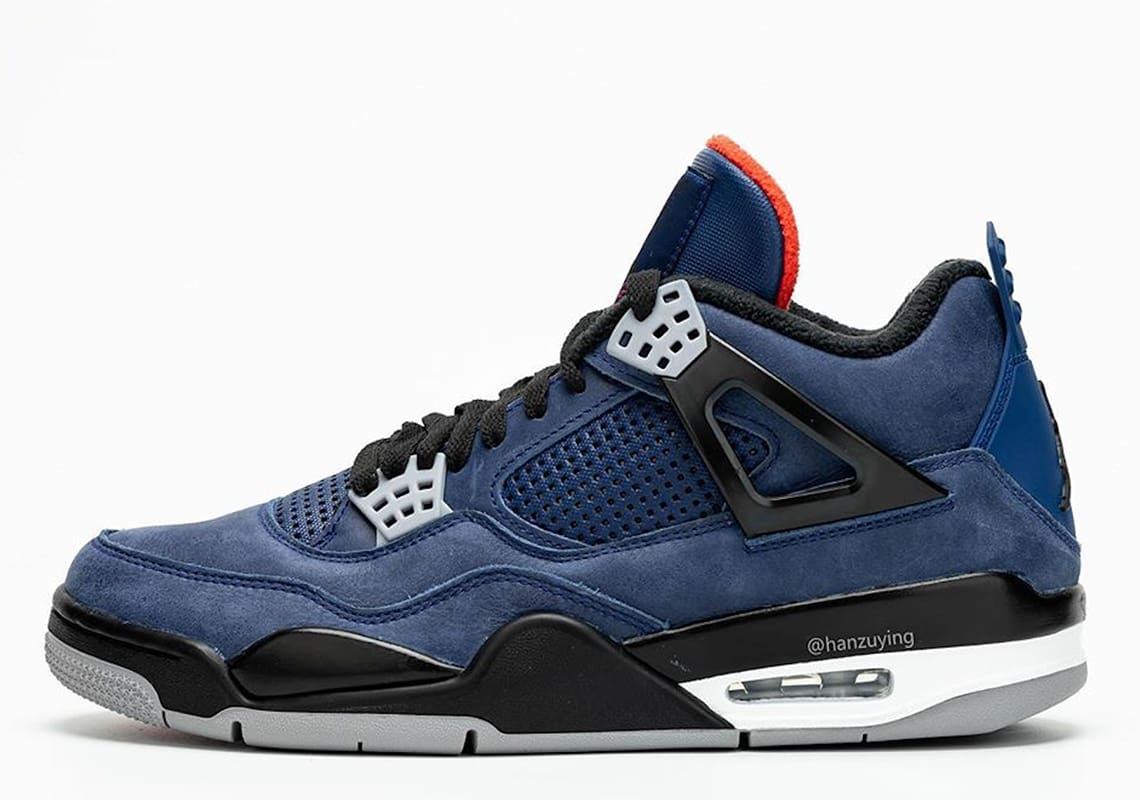 Just like the Off-White Vapor Street, Virgil Abloh’s take on the women-exclusive Nike Waffle Racer includes the same additions as the ones we mentioned earlier! However, the colorways are: White/white – Black/pink – Blue/neon green. The kicks will retail for $150, but no resale info is available yet. 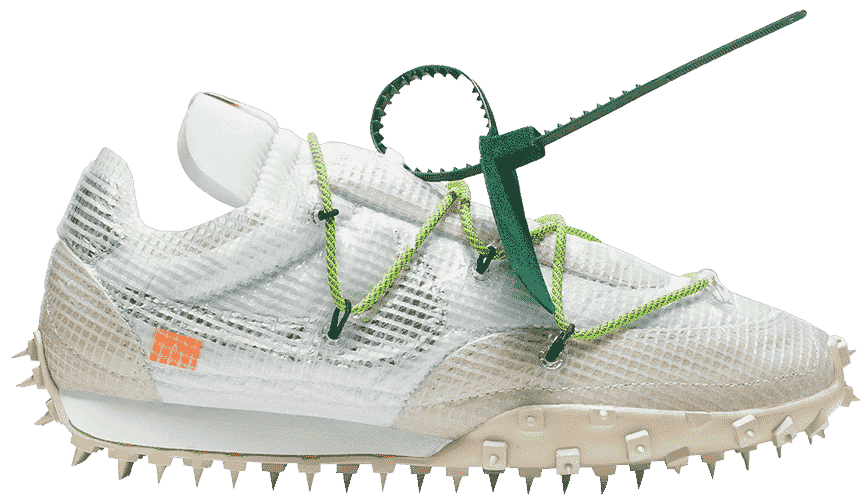 Does it really need and introduction? This silhouette is one of the favorites in the industry because MJ was wearing them when he won the 1996 championship and became the MVP! This year, the black and red kicks are coming back for the fifth time, much to MJ’s fans’ satisfaction. The Breds feature black patent leather and the signature red outsoles. The whole look is complete with a “23” on the heels. So get ready, because this is one the Nike releases that will be very popular. 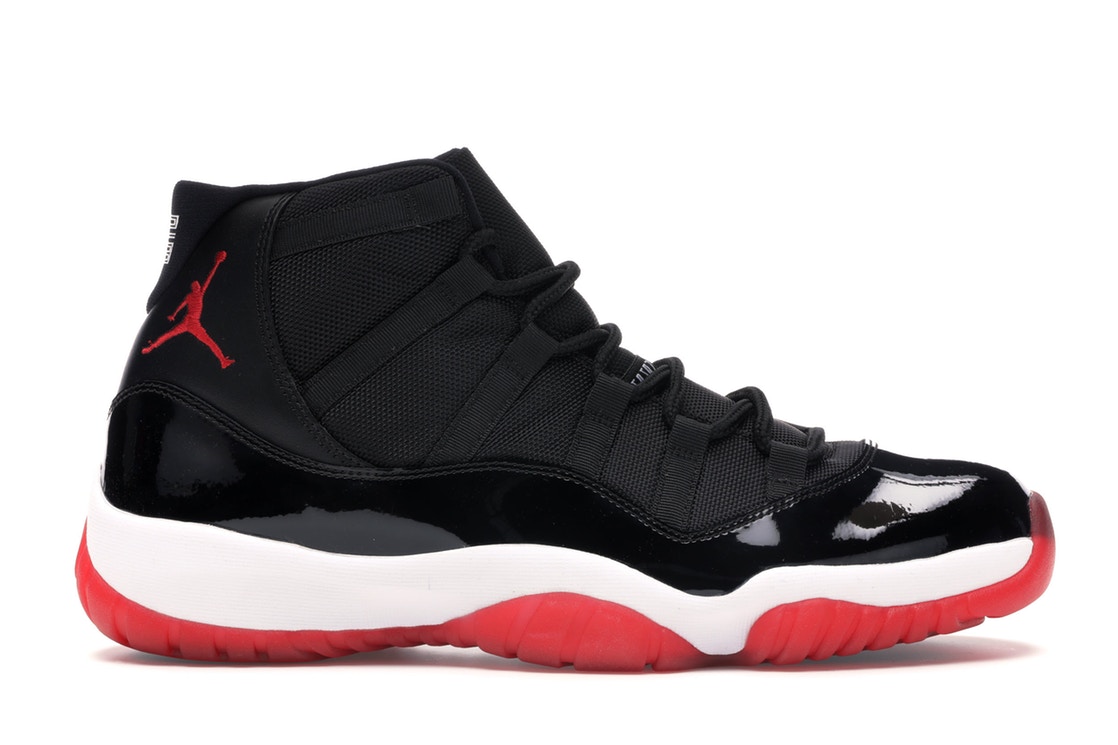 Probably one of the best Nike releases for this winter. The Off-White Nike Dunk Lows are coming in three different colorways: University red, Pine Green and Michigan. The sneaker community hyped the kicks so much that the $170 kicks will resell for an average of $1,069 – $1780. That’s almost 10 times the original price! Virgil also left his print on these kicks by adding asymmetrical neon orange laces. 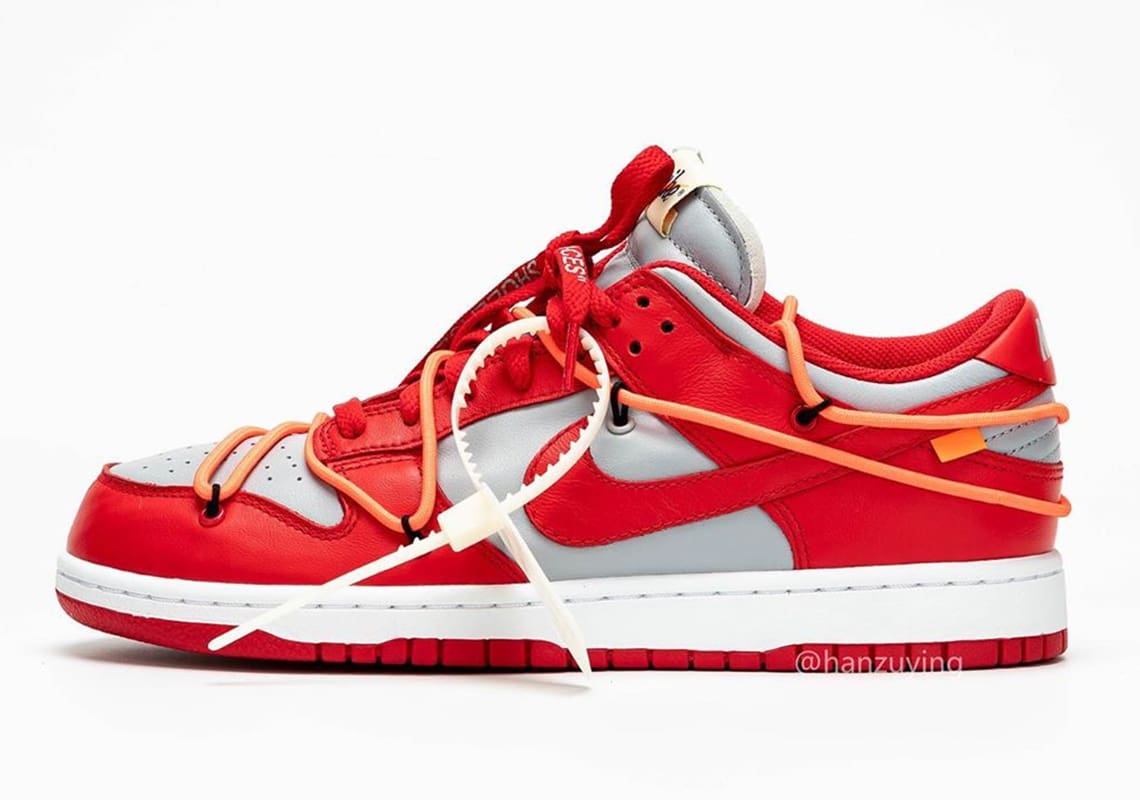 So November and December 2019 are packed with popular and cool Nike releases. The question is, which pair are YOU going to cop? If it’s hard to decide, why not go for all of them? You’ll definitely need a bot to even have a chance at copping these kicks! But it will be worth it. So get your bots and proxies ready and get copping!