15 Interesting Facts About Nike Sneakers & The Brand Behind Them! 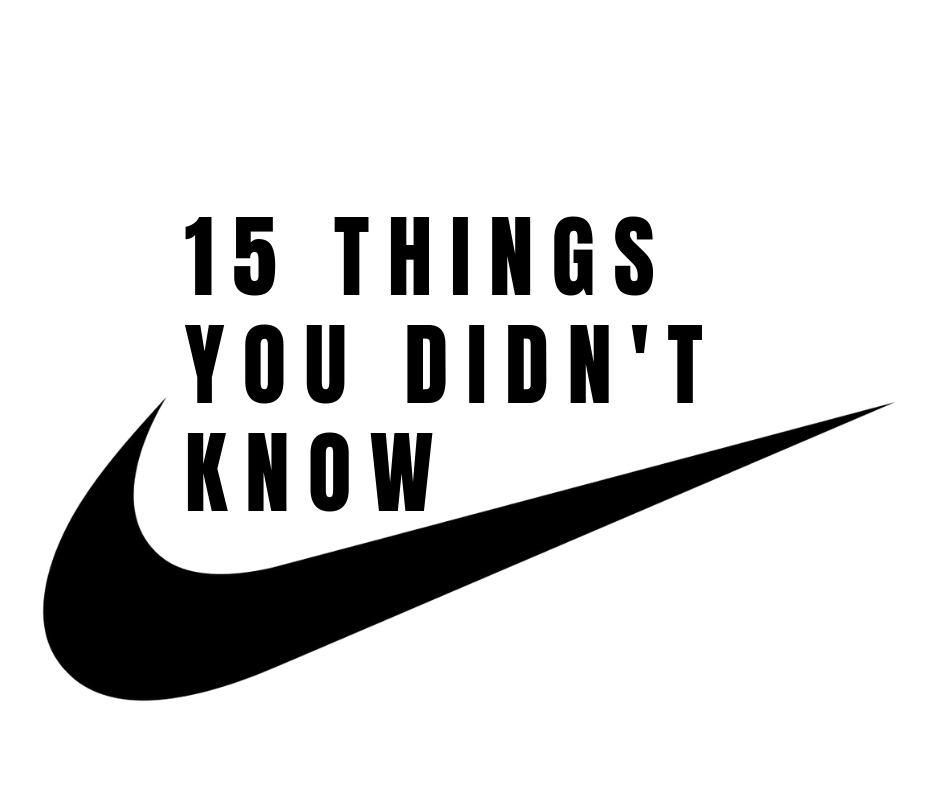 You all recognize its logo and know the slogan by heart. But how well do you really know Nike sneakers and the brand behind them? A waffle iron was behind Nike’s first major innovation; the soles on the first Nike sneakers were made with a waffle iron in 1971. Nike co-founder Bill Bowerman was having breakfast with his wife one morning when he realized that the grooves in the waffle iron would make an excellent mold for a running shoe. And so it was!

Nike has acquired several apparel and footwear companies over the course of its history. Some of which it doesn’t own anymore. In 2003 Nike made its biggest acquisition and bought Converse for 309,000,000 dollars.

Although very inspiring and empowering the Nike slogan “Just Do It” has a very twisted story behind it. In 1976, Gary Gilmore was the first person in America on Death Row in almost a decade,  due to him murdering 2 people with no apparent motive. His lawyers tried to appeal the sentence, but Gilmore insisted on execution.

Before his execution, Gilmore’s last words were “Let’s do it.” The words appealed to advertising executive Dan Weiden, and he pitched the phrase “Just Do It” to Nike executives. At first, they didn’t really like the slogan but still used it in their ads.

Oh, and BTW the name Nike is actually female. In Greek mythology, Nike is the winged goddess of victory. And victory is what Nike does best!

7. Where it all started Nike’s first ever store opened under the brand Blue Ribbon Sports in Santa Monica, California back in 1967.

Old Nike sneakers are recycled into “Nike Grind” a material used in creating tracks and playgrounds for kids.  Nike Grind is a made up of recycled manufacturing scraps, post-consumer shoes from the Reuse-A-Shoe program, and unsellable footwear.

The swoosh logo initially cost Nike $35. In 1983, Portland State University student Carolyn Davidson designed Nike’s Swoosh logo and got $35 for it, which equates to about $200 today. A few years later, the designer was celebrated for her work and was given a number of Nike stocks which at one point were valued at around One Million Dollars.

The Nike logo has since changed a couple of times with the Solo Swoosh being one of the most iconic and powerful logos in the world.

11. Nike sneakers around the world Nike runs stores in more than 160 countries around the world and has over 70.000. Up to 2018, Nike had over a thousand stores scattered across the globe.

The world’s largest Nike store is in New York City. Spanning six floors and 68,000 square feet. The store incorporates all of Nike‘s digital advances to offer its customers a unique experience.

Michael Jordan didn’t want to meet with Nike. In fact, his parents made him do it. And look how well that went! Good on Ya, Jordans! Listen to your parents, Kids!

If you’re a fan of Nike and Nike sneakers, make sure you check our new Nike Bot. Made exclusively to boost your chances at copping Limited-edition Nike sneakers.