The Off White Air Jordan 1 is Now on Nike’s Calendar. Is it on Yours? 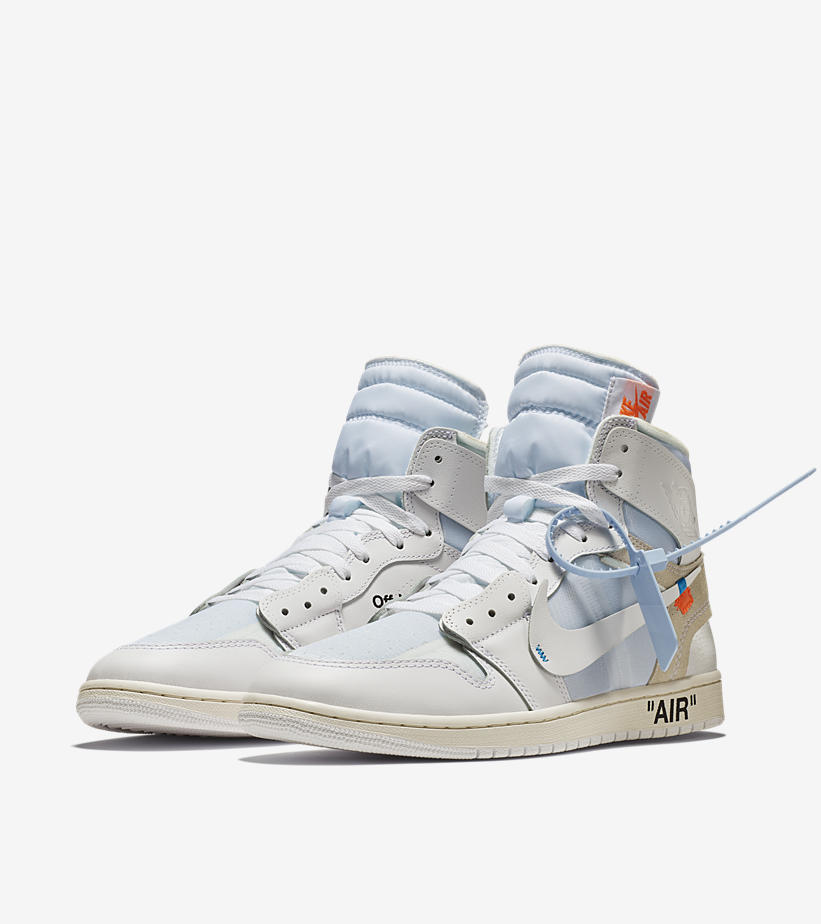 Yes. Of course. It most definitely should be. Even if you’re still not 100% sure that you like the Off White Air Jordan 1, you still need to be prepared. Early rumors have been surfacing online regarding a new collaboration between Nike and Virgil Abloh. And though every major sneaker news website seems to have confirmed the drop, Nike didn’t, until very recently. Now that the release date was pushed back from Feb 27th to March 3rd, we have a clearer vision of where the new Off White is dropping.
The rumored release is said to be a Europe-exclusive release. Unfortunately for US Jordan Fans. But there are many websites that ship internationally (early links below), and so many releases to look forward to this year.

The Off White Air Jordan 1 features, like most of Abloh’s designs, a deconstructed look. this deconstruction has become a part of Virgil Abloh’s identity as a designer. The soon-to-drop sneakers come in an all-white version this time. And the official pictures hint at some sort of blue accents across the design. The sneakers look like a pair designed in heaven, or in Virgil’s atelier, and are dropping just in time to join the colorful, bright and light releases of Spring 2018.

The story is that Virgil wanted these to be a part of 2017’s The Ten collection but had a last-minute change of heart, and dropped the Chicago colorway instead. However, this white Air Jordan 1 it still maintains the exact same silhouette and design as its predecessor. And hard to miss, are the Off White’s signature zip-tie, this time in White/ blue rather than red, and the orange and blue stitching.

Since this is an exclusive drop for Europe, you can expect a somewhat low stock level. However, it’s supposed to be more available than 2017’s Air Jordan 1 Chicago release. Now, if the White Off White Air Jordan 1 is going to resell anywhere near the Chicagos, we advise you to cop. No matter what! The Air Jordan 1 Chicago is still selling for a real fortune on StockX, going as high as $1700. And with this version being all white, we’re sure sneakerheads will be neck to neck on release day.

Although nothing was confirmed until Nike said it is, the latest Nike Off-whites are dropping on March 3rd. What’s really strange is that the Air Jordan 1 first appeared on SNS as part of their preparation for the release. As for now, we have the initial list of retailers and early links for you. And keep it locked to our website and social media accounts to know all the official release information once revealed.

So whether announced in time or not, you should stay alert for any updates on the official release date. And if it’s on the 3rd of March, you barely have time to prepare to cop. And remember the NMD Holi Pack drops on the 16th of March, followed by an April release for the Yeezy 500 Blush.