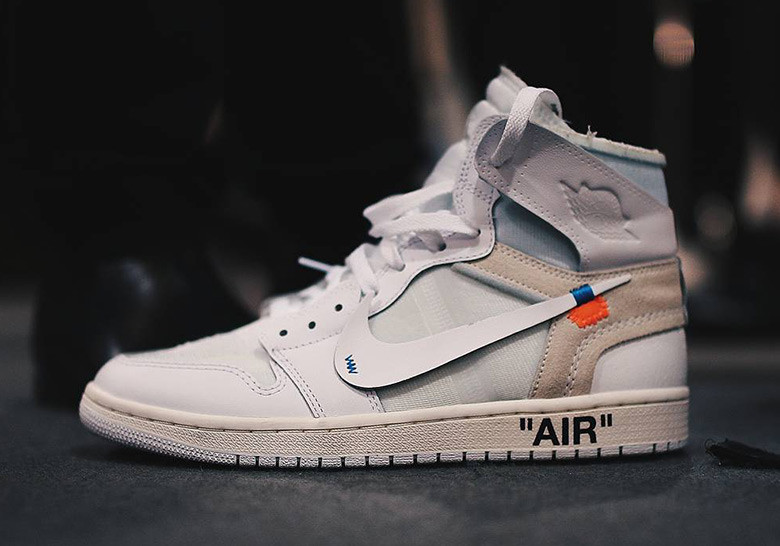 Virgil Abloh and Nike are at it again with another ‘The Ten’ collection. Rumors say that the collection could be dropping as soon as February 2018! Nike x OFF WHITE Part 1 was already a massive success in 2017. This year, they plan on making even more noise with Part 2.

OFF WHITE x Air Jordan 1 on the Runway

The OFF WHITE x Air Jordan 1 was practically dubbed the best shoe of 2017. This year, we have a new white OFF WHITE Air Jordan 1 and it’s a pretty big deal. The internet has blessed us with photos and leaked info about the release.

In Paris Fashion Week, we got an official first look at the real OFF WHITE x Air Jordan 1 White. Bloody Osiris was first to give the world a sneak peek of the shoes, which Virgil Abloh called out as fakes. Nevertheless, we were able to get the official sighting from the runway! Here are some pictures:

It’s rumored that the real OFF WHITE x Air Jordan 1 White may drop on the 27th of February. It will cost $190. Some say it will be a wide release. Other sources like SneakerNews say it’ll be as limited as the Chicago pair.

Hold up… A second colorway?

This mockup of a blue themed Air Jordan 1 has surfaced online. It shows the OFF WHITE signature trademark on a white/university blue colorway. Will this collaboration release the Air Jordan 1 in two different colorways? Why not? It seems that the Air Jordan 1s aren’t the only shoes getting two colorways in Nike x OFF WHITE Part 2.

Based on our research, we’re anticipating the following releases in 2018 (maybe on February 27th). Note that some of them are dropping in two colorways:

Some people say that, unlike Part 1, Part 2 will have a wider release in terms of location. But for now, all of these are mere rumors and speculations, and other than the Off-White X Air Jordan 1 no release is confirmed yet. This is all we know for now. Stay tuned for more updates about the Nike x OFF WHITE ‘The Ten’ Part 2 and how to cop ‘em.