OpenSea Vs X2Y2: 4 Differences You Didn’t Know About 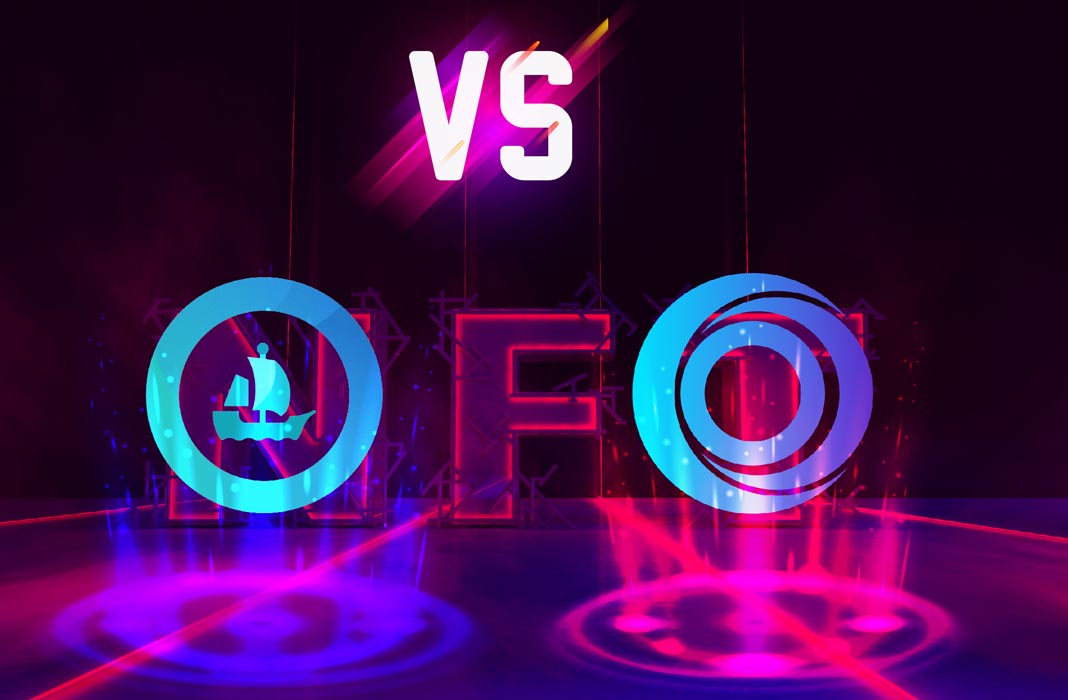 OpenSea, the largest NFT marketplace, is attacked by what NFT supporters call a vampire assault. A new platform, known as x2y2, has stepped up to the plates to challenge the behemoth that is OpenSea. Here comes the striking new debate. Who will come on top in the OpenSea Vs X2Y2 battle?

But to fully grasp the breadth of this endeavor, we must first examine the two markets individually; when one succeeds, the other may fail, and vice versa.

Which of these two markets has the most potential, and whose rewards and incentives are most attractive? Let’s compare the two platforms head-to-head, based on the data, so that you can make an informed choice.

Let’s kickstart our inevitable Opensea Vs X2Y2 debate by getting to know the new star.  X2Y2 marketplace is a fully functional NFT marketplace. X2Y2 offers fast push notifications to buy and sell, thorough rarity ranking and analysis, bulk sending and listings, auctions, and more, and the most fundamental functions like listings and trading.

According to X2Y2, OpenSea, one of the oldest NFT markets, suffers too many system outages that damage the entire sector and run a centralized system.

New NFT exchanges are popping up to compete with OpenSea, but most aren’t very open. The goal of X2Y2 is to truly decentralize the market.

The marketplace’s smart contracts, user interface, and backend were all created independently. Its name, X2Y2, is derived from the formula for a perfect circle and represents the team’s drive to develop the ideal NFT marketplace.

All ETH gained on Uniswap during the ILO (Initial Liquidity Offering) will be liquidated, and the LP (Liquidity Provider) token will be destroyed to remove any notion of a rug pull.

After the X2Y2 team finishes the initial market phase, they will begin exploring and gradually hand over leadership and financial authority to the DAO. After that, participants in the DAO will vote on where their efforts go. X2Y2’s end goal is for all parties involved in the project to agree on its direction.

Tokenomics is implemented in X2Y2 to prioritize regular users over large investors (or “whales”), promote greater openness, and discourage wasteful “wash” trades. In the X2Y2 market, the native token is the X2Y2 token.

Each user on OpenSea is given a certain number of tokens equal to their trading volume.

There is no private offering available to early backers. As an alternative, X2Y2 held an Initial Liquidity Offering to gather the funds necessary for Uniswap’s ILQ.

To discourage wash trading, X2Y2 exclusively offers staking incentives. X2Y2 stakers will receive more significant and stable returns over the long run thanks to a 2% transaction fee added to all user transactions. There will be a total of 1 billion X2Y2 tokens in circulation. Of these, 65% will be used for staking rewards, 12% for airdrops, 10% for the development team, and 10% for the ecosystem’s treasury. The remaining funds will be used for liquidity management and presales.

You can exchange X2Y2 tokens on Uniswap, MEXC Global, Hoo.com, and XT.COM.

What is OpenSea NFT Marketplace?

OpenSea is the largest NFT marketplace and is the first to be created on the Ethereum blockchain. You can also use it to start your collection of NFTs or trade them with other users.

The marketplace was used for trading CryptoKitties, one of the first DApps on the Ethereum network. Now it’s a full-fledged marketplace for non-fungible tokens like digital media (music and art), in-game items, and domain domains.

Easily Create NFTs and Set Up an NFT Collection

OpenSea makes it possible to make your own NFTs, even if you have no expertise. The first step is to amass a set of NFTs. Then, you can begin submitting NFTs in supported file types as soon as you’ve done that.

Support for Many Types of NFTs

OpenSea is compatible with the most widely used NFTs. You can get membership passes, trade cards, sports assets, and NFTs like art, domain names, music, virtual worlds, and trading cards.

OpenSea has the most available NFTs. As a result, it has become an indispensable arena for creators and the de facto marketplace for retail customers purchasing NFTs.

Ethereum, as many are aware, is not without its problems because of its lack of scalability (hopefully, ETH 2.0 fixes this). In addition, NFT transaction costs also run relatively high because of high gas fees.

X2Y2 vs. OpenSea: Which is better?

It’s the ultimate question no one can escape in the Opensea Vs X2Y2 talk. Well, both X2Y2 and OpenSea appear identical at first glance. Anyone using OpenSea before won’t have trouble adapting to X2Y2’s interface. They can choose between “Explore” (to peruse NFTs), “Ranking” (the best NFTs), and “Rewards” (X2Y2 coin rewards). The most notable differences emerge once people use the system in practice.

The ability to “Bulk Sell” is a notable function of X2Y2. Similarly, OpenSea has a function called “Bundles” that lets users sell many things simultaneously. The X2Y2 team hopes to entice OpenSea users by enabling the direct import of NFTs from OpenSea.

X2Y2’s whitepaper outlines the problems that it intends to fix in OpenSea.

The Major Difference Between X2Y2 and OpenSea

The critical difference between X2Y2 and OpenSea is that X2Y2 has its own token, while OpenSea does not. OpenSea is hesitant to launch its own cryptocurrency coin because doing so could hurt its IPO (initial public offering) prospects in the future.

X2Y2 was hesitant to undertake private sales with investors before the token’s release for the same reason. As a result, they only held one public sale in which anyone may buy or sell. Their goal is to “create a genuinely decentralized NFT market and give back to the community,” and their action is in line with that mission.”