Otherside Metaverse: Do you Have Enough Deeds to Join? 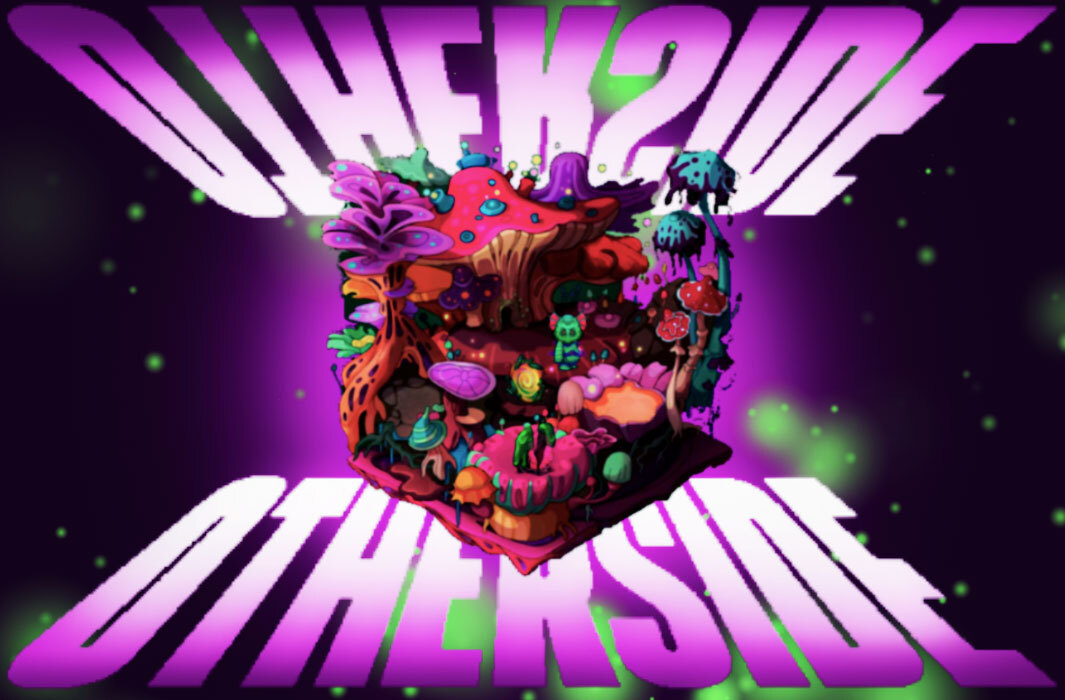 Why did the bored ape drink a fishy-looking juice? To get to Yuga Labs’ otherside metaverse. Yuga Labs has been presenting us with continuous success. It’s the birthplace of Bored Ape Yacht Club, Bored Ape Kennel Club, Mutant Ape Yacht Club, and the owner of Cryptopunks. All of which are blue-chip projects. So, success and Yuga Labs are interchangeable in the NFT space.

You can’t talk about non-fungible projects without mentioning one of YugaLabs’ projects. Continuing on the path of ongoing accomplishments, the genius brains have introduced the otherdeed for otherside metaverse. What is it and how is it related to deeds?

What is Yuga Labs’ Otherside Metaverse?

The otherside metaverse is an expansion of the bored ape’s NFT world. It is a collaboration between Yuga Labs and Animoca Brands, a development company specializing in Web3 technology for entertainment and video games that owns The Sandbox.

Otherside is a massive multiplayer online role-playing (MMORPG), able to host up to 10K members simultaneously. It is the fusion of web 3 and interactive gaming. You have to use ApeCoin in order to become part of the Otherside. However, owners of BAYC and MAYC NFTs were able to mint otherdeeds for free within 21 days of the sales’ launch.

So far, NFT fans seem to be liking this project as the numbers show.

Announced on Twitter in March 2022, the interactive virtual world gathered a lot of hype pretty quickly after watching the trailer.

It is objectively really nice. I have watched it multiple times just to enjoy the graphics and the cool idea behind it.

It shows a bored ape, Curtis, drinking juice from a weird bottle and then going to the “otherside metaverse” as a side effect. The trailer also included many infamous NFTs like World of Women, Meebits, Cool Cats, Cryptopunks, and CrypToadz. You can watch the trailer on their website.

Later in mid-July, the team launched the “ first trip” which is the otherside metaverse’s first demo. It included 4,500 members logged on simultaneously in an hour-long scripted demo of multicolored robot avatars.

Curtis, the bored ape, guided the entire experience showcasing the different aspects of the virtual world. Through this metaverse, users will be able to build on virtual land and take part in trading as well.

Gordon Goner, Bored Apes co-founder, says the team is developing the best metaverse possible. “We can build a city where thousands of people interact — this is like the level of Grand Theft Auto but in real-time with real players,” says Goner. But, how does it all work?

Different Layers of the Otherside Metaverse

The otherside metaverse has multiple layers: otherdeed, and kodas. You can build, collect resources, and create all through owning an otherdeed NFT. 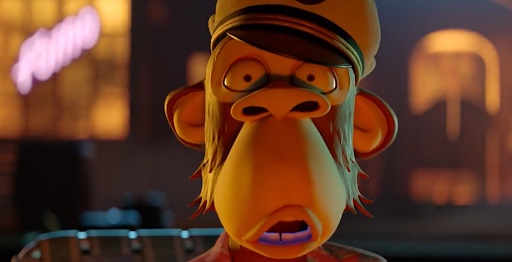 An Otherdeed is an NFT that acts as an access token to a plot of digital land in the otherside metaverse. Holders of the Otherside lands are known as the Otherdeeds. There are different otherdeed plot lands each having its own “composition of natural elements, resources, elemental attributes”: 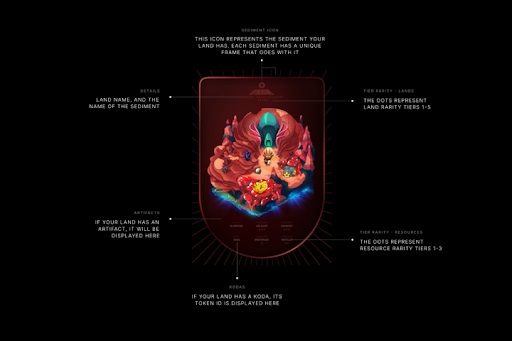 There’s a total of 200,000 Otherdeeds for people to claim. Yuga launched the first 100,000 launched on April 30th. However, the second 100,000 will be rewarded to Voyagers who hold Otherdeeds and contribute to the development of the Otherside metaverse.

Moreover, there are the Otherside metaverse Kodas. They’re a series of NFTs on their own. Kodas are characterized as being primal, mysterious beings, and the central part of the otherside metaverse experience.

However, we don’t know much about their utility yet. “Meet the Kodas,” the intro posted on the Otherside website, “The primal beings that have ushered us into the Otherside. We don’t know why they’ve brought us here, or what their affinity to this land is. If you are lucky enough to meet a Koda, tread cautiously.”

Basically, they’re alien-like creatures that randomly live in the otherdeed lands. There are 10,000 Kodas in the initial 100,000 Otherdeeds. This means that the first 100K had a 1 in 10 chance of getting a Koda upon purchase.

The otherside metaverse is still under development. It is highly likely that this project will score a big success and even bigger numbers as other blue-chip holders have guaranteed tokens from this metaverse. We’re talking bored apes, mutant apes, cryptopunks, and many others as previously mentioned. Let’s wait and see where this gamified verse takes us. If you’re into games, here are the top 7 play-to-earn games in 2022.