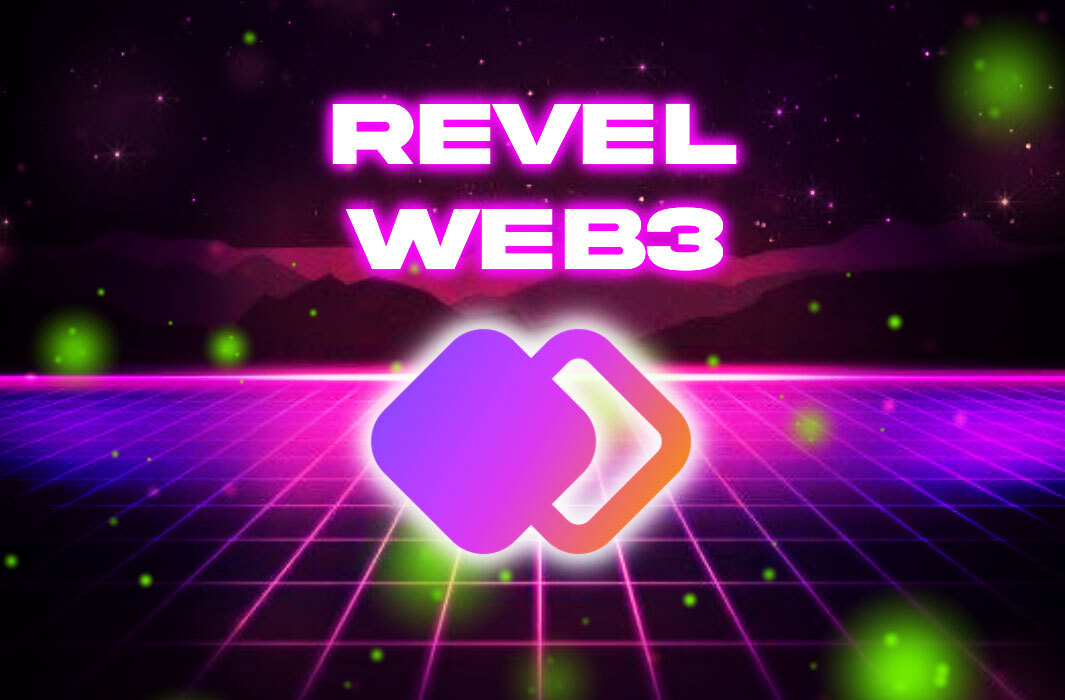 With the exponential growth of web3, more and more projects continue to join. We know this space is flooded with collectibles. Check our 2022 NFT recap to see just how many collections launched. But, revel web3 is giving us something new. it’s combining social media and collectibles in one place. Let’s jump right in and check it out.

Revel web3 is a social collectibles platform. The startup’s CEO, Adi Sideman, describes it as “a combination between Instagram and Robinhood, wrapped in social game economics.” In contrast to Instagram’s social media focus, Robinhood’s focus is on financial markets. Revel.xyz combines the two, allowing users to create a “portfolio of material [and] of the people they collect,” says Sideman.

Revel web3’s marketplace enables users to own editions of media they enjoy while also creating NFTs for followers, friends, and community. A strong new experience is that Revel’s followers have a “stake in the community they participate in”, says Sideman.

And, as he pointed out, there’s more at stake than money. He used the terms, “emotional stake,” “community stake,” and “status,” in reference to the new paradigm in which individuals become “partners” of other individuals’ personal brands. How Does It Work?

Revel web3’s main goal is to increase net worth. You can do this by collecting a series from another user which gets you a bonus asset every time you mint. Or, by getting your own series collection which enables you to mint more.

To mint a new Collection:

According to Sideman, Revel web3 utilizes “social game economics.” They design games with basic rules with economic principles like supply and demand and inflation to keep “healthy inflation levels,”. The foundation of Revel’s economy is a notion integral to the game’s gameplay. It places restrictions on both supply and the publication of assets.

The platform runs on what Sideman calls “Proof of Demand Minting.” Using this system, anyone can mint their first collection, but only people who get collected can mint more. They use a game-like format to hide the seriousness of the economy and make it more fun. In the end, players are trading in a market and helping to run economies more efficiently all while having fun with a collectibles game.

The platform’s early adopters are people who are familiar with web3 technology, and younger users. They  “have more time to engage with new platforms and figure out new games,” as Sideman says. Content artists like Cyrus Dobre, have also been drawn to the site, according to Sideman. Cyrus Dobre currently has roughly 10 million TikTok followers and frequently mints his art on the marketplace.

There are multiple people and projects that invested in Revel web3. Some of them are:

These were just some of the investors involved in the funding round. According to Sideman, the funds will be utilized to enhance Revel’s social features, societal interoperability on the web3, and generative and collaborative AI capabilities.

At present, the ecology for social media collectibles is weak. Markets like OpenSea and Magic Eden, and collectibles sites like Sorare and NBA Top Shot, aren’t social media-centric, says Sideman.

The media shared on social media “will all be ownable and collectible,” Sideman said, but this future isn’t here yet. “This sets off a new class of services, ones that combine elements of social networks, marketplaces, and social games.”

As a hybrid of a social network and a market, Revel combines the best features of each. The goal was to create a straightforward, game-like trading platform where users could easily create and sell digital media content as collectibles. But whether or not the idea will catch on with regular people and entrepreneurs is still up in the air.

People in general won’t be interested in “buying” your photo, but there’s more to it than that, as Sideman points out. As the saying goes, “the longer the tail of the creator economy, the less likely it is that consumers will open their wallets to support it.”

For example, they might negotiate, “Give me three of these for one of them.” It’s a game of public relations in many respects. To get a trade done, one can either offer only assets or assets with money, as Sideman pointed out.

This year has seen a number of social media platforms, like Instagram, begin experimenting with displaying NFTs on their platforms. This followed Twitter‘s addition of NFT profile images. Additionally, in May, Revel web3’s competitor Bubblehouse, an NFT social market, announced a $9 million financing. Both services are similar to the NFT marketplace offered by bitcoin exchange Coinbase, which includes social networking elements.

While the NFT market reached $17 billion in 2021, its growth slowed dramatically in 2022 because to the “crypto cold.” Interest in NFTs has waned recently. Reuters reports revenues decreasing to $3.4 billion in Q3 of 2022 from $8.4 billion in the second quarter. This indicates that there is less demand for the assets.

Despite the current economic climate, Revel is confident in the long-term viability of NFTs. So much so that it has just recently announced a partnership with Stability AI. Stability is an AI-powered text-to-image generator service, to facilitate the creation of digital collectibles on its site. People may now quickly and easily make their own digital collectible NFTs using the power of AI and their own imaginations in just a few minutes.

Although there are now other creator-focused initiatives on the market, one newcomer in particular is garnering attention.  Revel web3 may be onto something interesting: a viable use case for the blockchain. This is assuming the digital collectibles genre can flourish despite the usually weak NFT industry. You might also want to check this new web3 project that might outrun the blockchain!