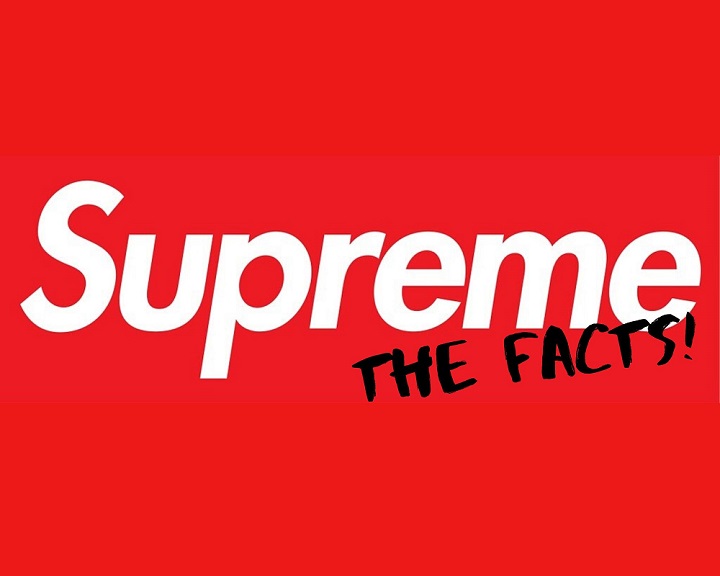 Supreme is a polarising brand of clothing inspired by skateboarding and street culture. James Jebbia founded the company in 1994. He began releasing a small number of items in each clothing line so as not to get stuck with inventory. He has continued this practice with all the Supreme apparel even though the brand is hugely popular. This creates a buying frenzy rarely seen in the fashion industry. Supreme is a unique brand with a compelling history. Here are a few interesting facts you may not know about Supreme apparel.

The iconic box logo is primarily based on propaganda art created by Barbara Kruger, whose art is famous for the red box with white words. The font in the logo is the “future heavy oblique.” Andre Courreges, the French designer who popularised the mini-skirt, is the inspiration behind the “E” with an accent. There is a version of the logo that misspells it as Supream. Supreme did that on purpose as an acknowledgment to Mark Gonzales, who often misspelled the name on postcards he mailed to the store. Few brands would release items carrying a misspelled logo. Jebbia does not own the name “Supreme” because he cannot trademark it. The first shirts ever released by the brand were the box logo, the “afro skater” and Robert De Niro as Travis Bickle in Taxi Driver.

In 1994 Calvin Klein filed a lawsuit against Supreme for putting box logo stickers on CK’s Kate Moss ads. There have been numerous cease & desist orders against Supreme, including orders from the NCAA in 2007, NHL in 2009 and Louis Vuitton in 2000. In 2000 they collaborated with Brooklyn Machine Works to create 24-inch bikes. These bikes sold for $1,800. In this same year, Padmore & Barnes created the M345 Sahara boot exclusively for Supreme. Supreme began producing their own shoes in 2001. They started with the “down-low” and in 2002 the “mid-town”  released.

Before starting Supreme, Jebbia opened Union NYC in 1989. While he was born in the United States, he lived in the UK from the age of 1 until the age of 19. He was a child actor on the BBC series, “Grange Hill.”  And finally, his net worth is currently at over $400 million.

Today, the brand has a long and rich history. Therefore, there’s an endless number of fun facts around this company. Ever since they proved themselves as a top-quality brand, celebrities often wear Supreme apparel. As a result, just increases the hype and demand for the brand. Although Supreme is mostly a streetwear brand, we can find all kinds of collaborations with very famous brands. This has expanded their reach to enormous numbers of people who would not typically wear the brand. People consider skateboarders slackers. Jebbia has overcome this stereotype by creating a hugely successful business. He is an inspiration to young fashion designers, entrepreneurs, and skateboarders all around the world.

When they drop a new line, it can be challenging to purchase items you want due to the high demand. However, there are tips and tricks that can assist you in this process. There are services available to help ensure that you get the items you desire before they sell out. That’s why we’re glad to have our SupremeBot helping our users getting the latest Supreme products for retail price.

Visit our homepage or AIO bot website for more information and assistance.