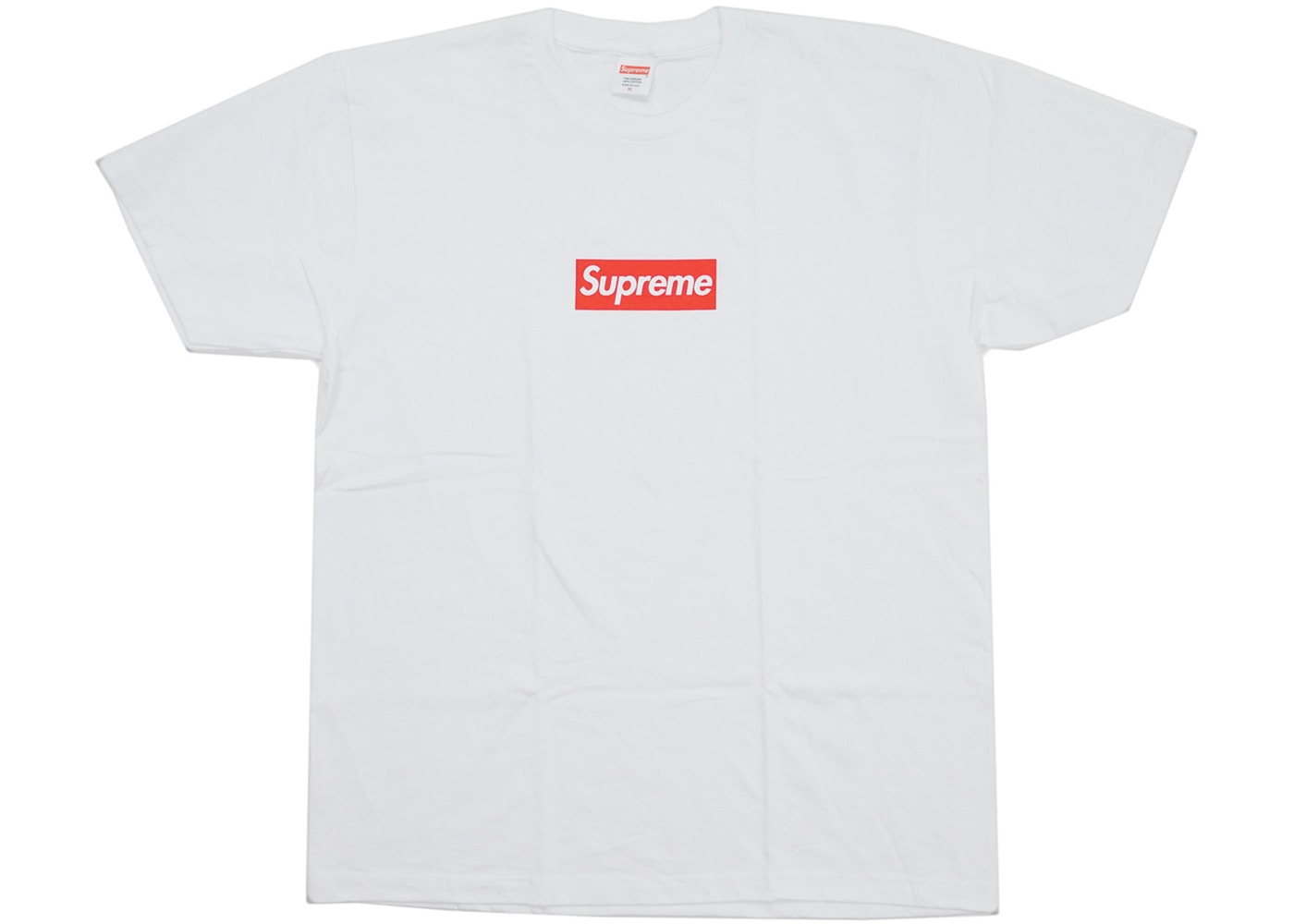 If you’re not a sneakerhead, you’re a streetwear fan. That’s how it goes in our industry. But it’s more than likely you’re both. You probably have a couple of pairs of sneakers and a few Supreme items, marked with the infamous supreme Bogo.

The Supreme Bogo is the brand’s signature white on red box logo. The logo that can turn any regular tee, sweater or beanie, into a goldmine. The logo that can turn heads and steal the spotlight wherever it lands. Every Thursday, Supreme fans gather up online, and camp in front of Supreme locations, hoping to buy that hoodie at retail.

But what’s the story with this Supreme Bogo? And why is it so powerful and valuable?

Supreme gets its power from its fans. Supreme fans are loyal, persistent, and present all around the world. As a brand that started locally in New York City, Supreme has gone global. And anywhere you go you can find someone flaunting THAT Supreme Louis Vuitton Hoodie.

As a brand, Supreme is never short on loud, and controversial statements. And a lot of controversy surrounds the Supreme bogo. So it only makes sense for Supreme’s infamous Box Logo to take inspiration from the work of Barbara Kruger. Kruger’s art, much like Supreme’s designs, really stands out. Her trademark fonts are Futura Bold Oblique or Helvetica Ultra Condensed. And her text is usually in white font color on a red box. Where have we seen this before? Yeah! on Supreme’s Box Logo.

A couple of weeks ago, Supreme’s logo was named “fashion’s hottest status symbol” by Lyst.com. And the hype for this brand seems to be ever-growing. With sellout times and resale prices getting crazier every season.

The real reason why Supreme is the most powerful streetwear brand is exclusivity. You can’t just randomly find a Supreme beanie at a store and buy it. Well, at least not a legit one. Supreme clothing pieces, accessories, and gear are exclusive. Very limited… and very valuable. Speaking of valuable, here’s a list of the best Supreme Bogos!

In addition to Supreme-exclusive items, the streetwear giant is continuously collaborating with big fashion houses and major brands to create items worthy of your money and prayers.

This element of exclusivity turned Supreme items into real investments which resellers would do anything to get. On average, a Supreme Bogo sweater, which retails at around $158, resells for over $900. Now if that number doesn’t catch your attention, I don’t know what would. Another example would be the upcoming Supreme X Santa Cruze Chameleon bike. This item will retail for $2698 and will make whoever cops it over $1000 in profit!

Exclusivity and profitability often push people to go above and beyond to get what they want. And so, Supreme fans and resellers use the almighty Supreme bots to snatch that Tee before you can even think about it. And then sell it on the secondary market for 100 times the original price. That’s when you cry, sob, and drown in utter misery. And end up paying resale for an item you could’ve copped if you had the right tools.

There’s no sign that Supreme’s hype is dying any time soon. In fact, the hype is going so strong that more Supreme bots are being developed to keep up with the game. But there are only a few, including our own Supreme bot, that eats up the stock on every drop. So get ready for the next Supreme drop, and buy that bot you really want to use. But make it fast, Supreme FW18 season is wrapping up soon.