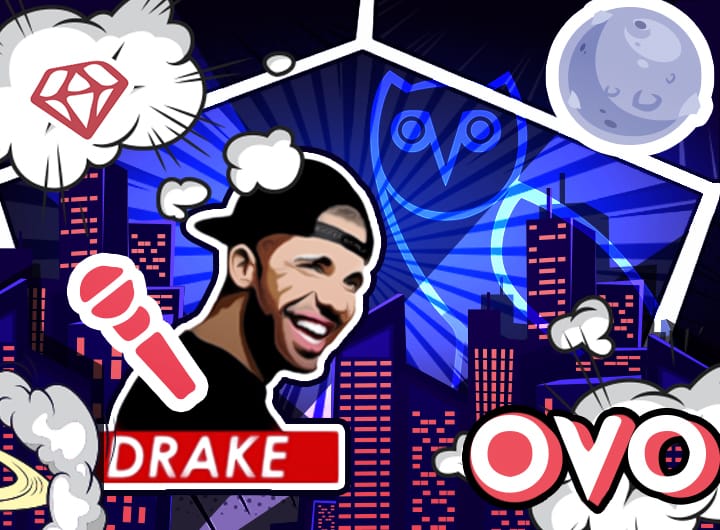 The best types of sneaker collaborations are the ones we get with the music industry. That’s because it brings together two different, yet extremely similar cultures together. And, one of our favorite up and coming collabs happens to be with none other than the Champagne Papi. Yes, you guessed it! We’re here to talk about the most epic Drake shoes and OVO sneaker partnerships of the entire industry!

In 2011, Drake launched his October’s Very Own (OVO) clothing line and the OVO Sound record label. It is a merchandise range-turned streetwear label with flagship stores in Toronto, New York, Low Angeles, and London. And so, it is only natural that Nike and the Jordan brand collaborate and create their own Drake shoes! And so, let’s take a trip down memory lane and look at his most epic kicks!

The Drake shoes have some very defining features and details that make them pretty epic! They also have limited availability and a lot of them are also unreleased. All of this makes them highly coveted and hyped! He has all kinds of Jordans, tons of models with Nike, and he even has some Clarks and Timberland collabs. But, we don’t really care about those, do we? It’s all about the Jumpman and the Swoosh!

JORDAN 12 RETRO WHITE OVO
– The Jordan 12 Retro OVO dropped in both WHITE and BLACK colorways
– Featured complete stingray leather
– Drake gave away pairs to fan on Drake Night with the Toronto Raptors
– The WHITE pair dropped in Fall of 2016 and the BLACK dropped in the NBA All-Star Weekend
– Retail Price: $225
– Average Resale: $1032

JORDAN 12 OVO HYDRO SLIDES
– Considering Slides have become so popular, it’s only natural that Drake shoes include slides too!
– The Hydro Slides featured OVO logo embroidered in gold on the cross-straps
– A crisp white base similar to the Jordan 12s
– Retail Price: $65
– Average Resale: $282

JORDAN TRUNNER LX OVO
– These Drake shoes featured an offbeat model – the Nike Trunner LX
– It was a limited release which coincided with the opening of a flagship Jordan store in Toronto
– Featured a white, gold, and black OVO color scheme
– Only 280 pairs released
– Retail Price: $140
– Average Resale: $426

JORDAN 8 CALIPARI
– Drake shoes that show his love for his adopted college alma mater and coach, John Calipari
– It featured two Air Jordan 8 Retros called the CALIPARI PACK in BLACK and WHITE
– The BLACK featured nubuck uppers while the WHITE featured leather
– They both had Kentucky blue accents and the OVO owl on the heel tab
– Both sneakers have not been released

JORDAN 8 RETRO BLACK OVO
– These Drake shoes featured a pack of BLACK and WHITE (seems like a pattern for Drake)
– They dropped during the NBA All-Star Weekend
– Both models feature gold accents around the heel and the OVO owl on the heel tab
– They dropped on the SNKRS App in an impossible release
– Retail Price: $225
– Average Resale: $424 (White) and $352 (Black)

JORDAN 14 GOD’S PLAN
– One of the most legendary Drake shoes of all the OVO collaborations
– It featured white leather with Storm Blue uppers – an ode to the Kentucky Wildcats
– OVO stitching on the heel and a gold owl logo on the tongue
– It never hit the shelves. Sadly. 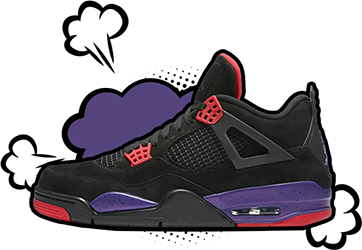 JORDAN 4 DRAKE RAPTORS
– These Jordans featured the Toronto team colors of black, purple, and red
– It had the infamous Air bubble unit
– It had Drake’s signature sketched on the tongue tags which was removed on the retail version
– Around this time, rumors circulated that Drake was leaving Nike for Adidas… Yikes!
– Eventually it dropped in August 2018 then restocked in 2019 (exclusively). But, the restock did feature Drake’s signature!
– Retail Price: $200
– Average Resale: $401 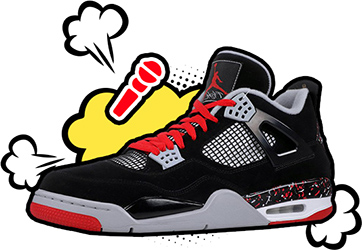 JORDAN 4 OVO SPLATTER
– The SPLATTER colorway was a 1989 sample colorway that never dropped
– Only the true sneaker collectors know about it
– In 2020, an OVO-branded sample landed in Sotheby’s auction
– It feature the owl logo inside the heel tab and insoles with OVO/6 God markings
– It has a reselling price of $32,000

NIKE x NOCTA HOT STEP AIR TERRA DRAKE
– These Drake shoes feature a Nike collaboration with Drake’s sublabel, NOCTA
– A chunky sneaker with sleep white uppers that look a lot like Kanye’s Yeezy 700s!
– It has perforated leather uppers and a visible yellow air unit at the heel
– They also feature metallic silver accents and a NOCTA logo on the tongue
– It has an anticipated 2021 release, but we think it’ll join the 2022 lineup
– Expected Retail: $150

NIKE AIR FORCE 1 CLB
– Finally, the Nike Air Force 1 Certified Lover Boy – a classic sneaker with an elevated touch
– It features a white on white colorway with premium smooth leather
– Also, it has a “Love You Forever” writing on the midsole instead of the Nike Air branding
– And, it has heartthrob heart-studded outsoles instead of the usual star-speckled ones
– Expected release date 2021, but we also think it’ll be joining the 2022 lineup!