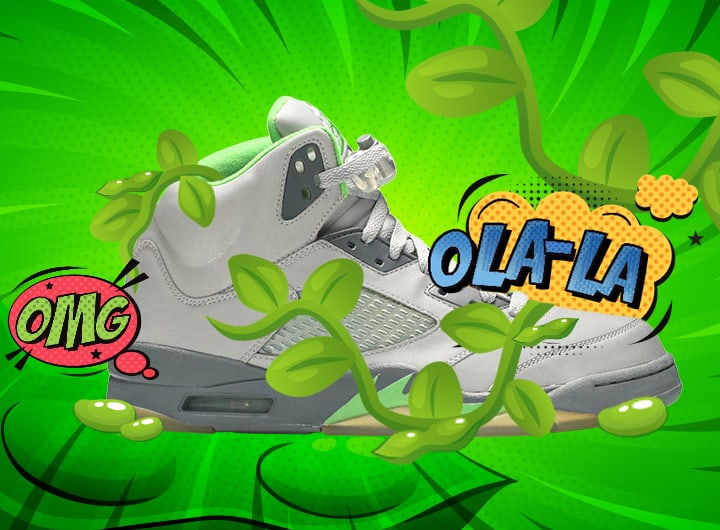 So, apparently, the Jordan Brand has taken it upon themselves to dive deep into the Jordan archives for releases. BUT, we’re not really mad about it – especially with the upcoming Jordan 5 Green Bean!

This TBT features a Jordan from back in the day – back to 2006 to be exact! One of the most notable releases of the 2000s decade! Their venture into their bag of Retros doesn’t stop (nor begin) here. They’ve actually grown a TBT-fueling habit. This includes another retro we’re getting: the Jordan 13 Brave Blue. And, we’ll probably be seeing a whole lot more in the coming Spring/Summer season!

As for the Jordan 5 Green Bean, this will be its very first comeback ever since its release. The reintroduction of these kicks to the Jordan market will definitely be one of the most awaited releases! So, let’s see what a 16-year-old comeback looks like!

The Jordan 5 Green Bean has lots of features that give it this undying edge! This starts with its epic color scheme of Silver – Green Bean – Flint Grey! And, it also features 3M reflective material throughout its silver suede base giving it that something extra! In fact, once some light shines on these kicks, it’ll illuminate all over!

Also, it comes with the perfect amount of contrast brought to you by the Green Bean accents. You’ll find Green Bean on the shark teeth, sock liner, and Jordan branding. Finally, it ends with a Flint Grey translucent rubber outsole with Grey midsoles. It definitely doesn’t look like a high-maintenance Jordan. But, it will still be a definite head-turner! The colorway speaks for itself! 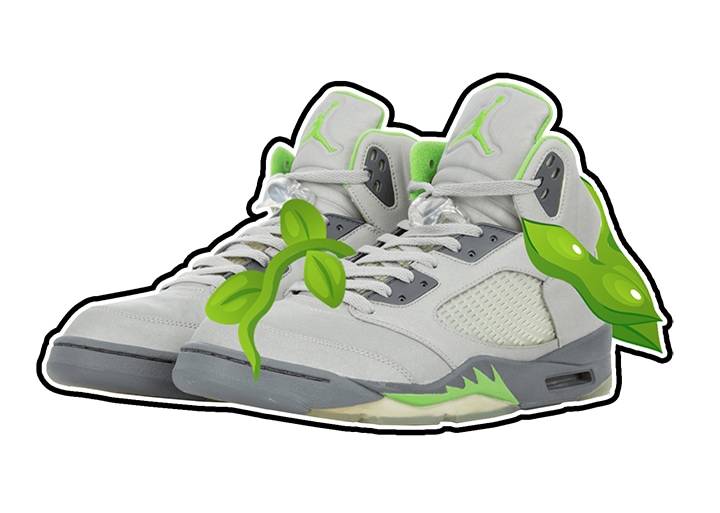 You should also note that the 2022 release of the Green Bean will come in full-family size. So, you’ll definitely have to cop some of this sneaker culture for your kiddos! Jordans for kids make the best type of kicks! Just make sure you got the right size: check this size guide. And, they’re also coming in a special custom Jordan box that was mostly found during the mid-2000s!

So, make sure you cop a pair (or more) of the Air Jordan 5 Green Bean! Everyone else is definitely going to try to cop these just for the flip! It’s already doing pretty well on the resale market. Therefore, if you’re looking for quick and easy money; these Js are for you! 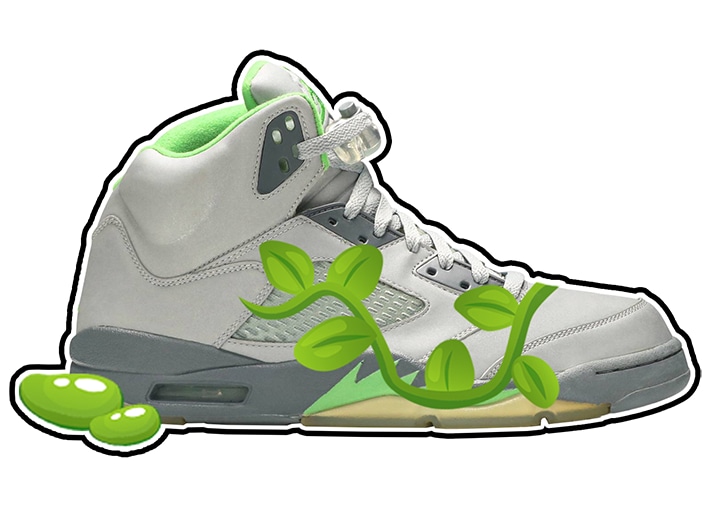