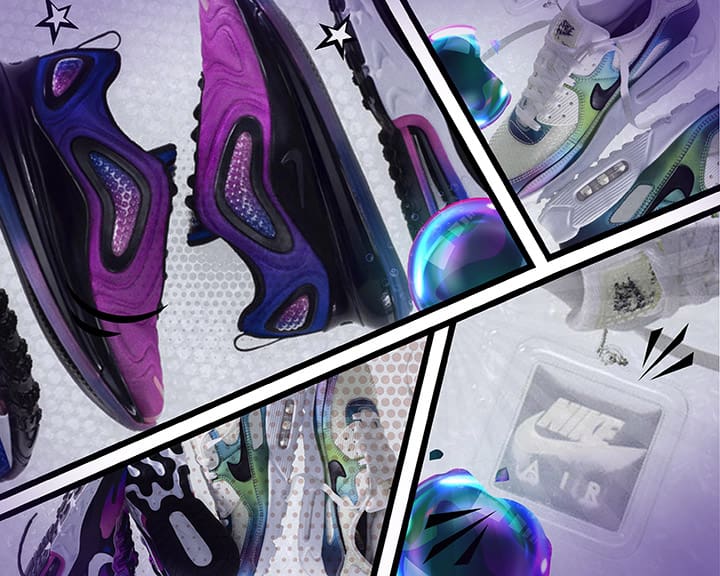 Nike Air bubble shoes – also known as the Nike Air technology – are one of the most revolutionary sneakers in history. (Learn more about Air technology here). They are the ones that utilize Nike’s groundbreaking, game-changing bubble of Air that changed EVERYTHING!

Who would have thought that a tiny bubble of air would have as much popularity as it does today! It is so sophisticated yet such a simple idea which makes it even more innovative. This is a throwback to the Nike Air cushioning system that put Tinker Hatfield on the map! Here’s how it all went… 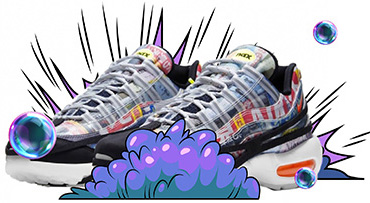 Back in the 70s, former aerospace engineer Marion Franklin Rudy introduced his air-bag innovation to Phil Knight. His idea was to put tiny bags of air in the soles of shoes to soften impact. AKA Nike Air bubble shoes! In 1977, Nike co-founder took a prototype for a test run around the Beaverton campus. And so, Nike found Air. In 1978, the first Nike Air bubble shoes came out with the Nike Tailwind runner. 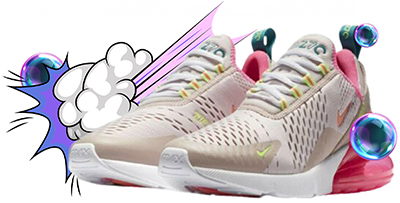 Next in the 1980s, the Nike Air bubble shoes got a makeover as Tinker Hatfield introduced the Air Max 1.
“The mid-’80s was a period of transition from a more formalized hierarchy to a looser, street-based, more inspirational form,” Hatfield said. “We at Nike were part of that wave, and I just happened to be a designer doing it from a footwear perspective when nobody else was… There was a bigger appetite for trying something new and different, and that was squarely connected to the creative sparks all around us.”

This was the approach that eventually led to the reinvented visible Air unit. This set the stage for 30 more years of reinvention, innovation, and design of endless Nike kicks. 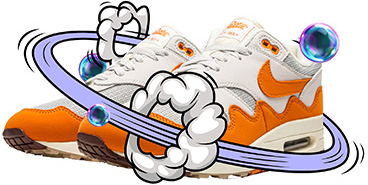 Later in the 1990s, the Swoosh created different versions of the Nike Air bubble shoes. Some featured full-length Air units, others featured tuned Air – all of which you can see in Air Max sneakers. The 1990s was the perfect time and place for the Air Max silhouettes in all their colorways to thrive. This was also the time for new music, culture, and even sportswear. Streetwear was born, and times were changing. So, it was very easy for people to readily accept Air Max sneakers into their lives!

So now, more than 40 years since the release of the Nike Tailwind, the Nike Air bubble shoes go on! Nike’s creative success has grown even further with tons of new Air max silhouettes. Some of the best sneaker collaborations are with Air Max – like the Travis Scott Air Max or Nike Air Trainer.

Although, there are rumors circulating about Nike dropping Travis Scott after the horrendous events of his Astroworld festival from hell. The Travis Scott Nike Air Max 1 collection initially had a release date during the Holiday season of 2021. It featured five different colorways of the Nike Air bubble shoes. But, on November 15th, Nike pushed back the release out of respect for everyone impacted by the tragic events. The Air Trainers also have a Spring 2022 release, but we don’t know how that’s gonna pan out! Guess we’ll just have to wait and see!