TBT: The Best Nike Air Fear of God Drops Leading Up to the Adidas Shift! 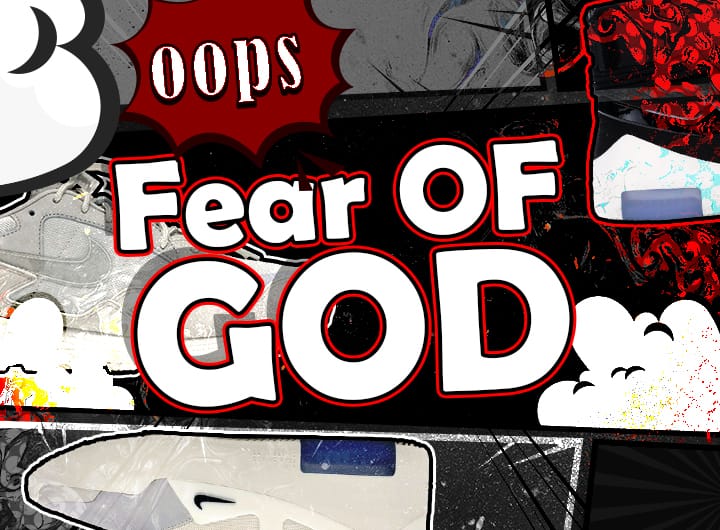 The Nike Air Fear of God partnership began back in 2018, and boy was it a sneaker collaboration for the books! Nike definitely knows how to pick them! They’ve got the most epic collection of collabs in the entire sneaker industry. These include the Jordan brand, the late Virgil Abloh partnership, the Nike Drake sneakers, and so much more. But, it seems like they’ve got some commitment issues on their hands!

You see, for some reason, a lot of the most epic Nike collaborations seem to come to a sudden end. Just think of the Nike x Kanye West savage line that featured the Nike Air Yeezys. There were rumors of a possible Nike x Drake fallout. And, most recently, dropping the Nike Air Fear of God partnership for one with Adidas!

So, let’s take a look back at one of the most iconic Swoosh collaborations and the greatest releases together! 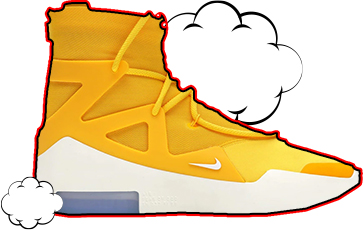 The first sneaker on our list of top Nike Air Fear of God sneakers is the Nike Air FoG YELLOW. This sneaker debuted in a surprise SNKRS Stash release outside of ComplexCon in Chicago, 2019. When Lorenzo first talked about it in the Complex Cover Story (2018), it was first called the AMARILLO.

It dropped in super limited supply on the Fear of God website in its online release. As for its features, it had yellow breathable mesh uppers, signature TPU heels and cage, and double-height Zoom Air heels. Finally, it had a back zipper and cord laces! 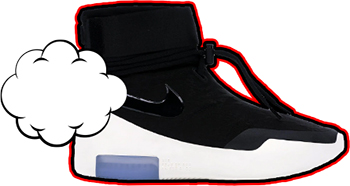 Next, we’ve got a very classic-looking Nike Air Fear of God sneakers – the black Air FoG kicks! These are pretty iconic sneakers that never go out of style! It is the perfect blend of basketball sneakers with streetwear lifestyle luxury. It featured an all-black upper with contrasting while midsoles with a blue cut-out Air unit! 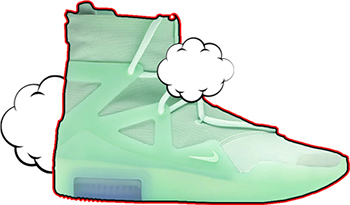 Also, we can’t forget about the FROSTED SPRUCE Nike Air Fear of God sneakers from 2019. They were part of 5 colorways in the Nike Air Fear of God 1 capsule. Apparently, in order to achieve this shade of green, Jerry Lorenzo experimented with over 10 shades! It features an entire composition of Frosted Spruce colorways. It might just be one of the strangest sneaker colorways out there! 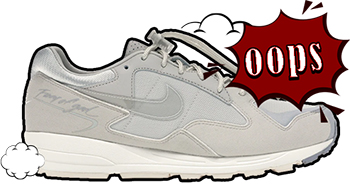 On the other hand, although high-tops are the mark of the Nike Air Fear of God partnership, they’ve tried low-tops too! The Nike Air FoG SKYLON 2 transformed running shoes into luxurious sneakers! They had mesh, suede, and patent leather material with a toggle lacing system – giving a complete 90s vibe! 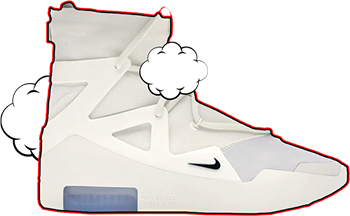 Finally, the last on our list is the Nike Air Fear of God 1 in SAIL BLACK. The more you look at these, the more you see the Adidas Yeezy 750s. But, slightly fancier! These all-white sneakers have the tiniest flecks of color that bring the perfect amount of contrast. It has a tiny black Swoosh and a blue Air unit on the midsoles! Just the right amount of color! It’ll just need a bit more love and shoe care!

In 2020, Jerry Lorenzo announced the end of the Nike Air Fear of God partnership and starting one with Adidas. Adidas confirmed the long-term partnership with FoG with a drive towards a more creative path! This looks a lot like a pattern – like the Kanye West move to Adidas. He went on to create one of the most powerful sneaker lines in history.

We still have no idea why Jerry left Nike, or whether it was Nike that terminated their partnership. Maybe for creative liberties or for some royalties? Who knows!

Through this new collaboration, Jerry will Adidas Basketball forward and also create a FoG sub-label with Adidas. Although there is no official news on possible products, they said the products will focus on performance basketball and activewear. We’ll just have to wait and see what 2022 brings for the Adidas Fear of God collab!