TBT: The Top 10 Most Interesting Supreme Bogos to Date! 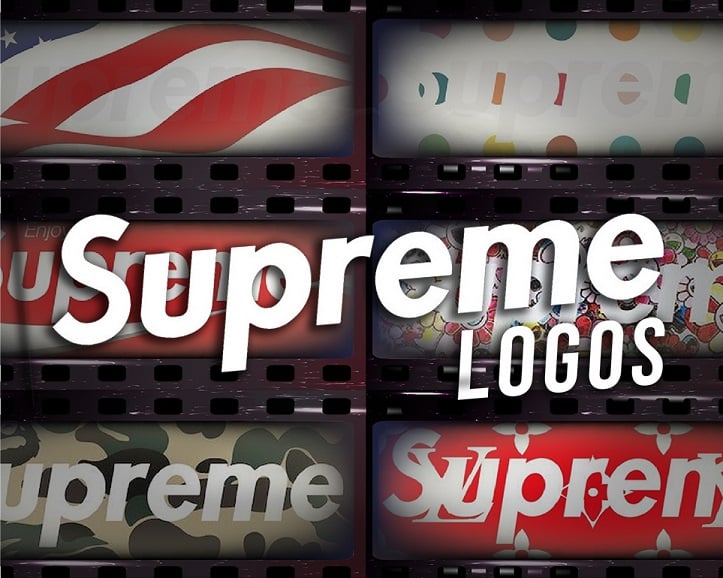 Supreme Bogos became a universal item that everyone loves. Be it the design, or the fact that this is the most obvious Supreme branding, it’s one of the most popular garments ever. People go crazy over Box Logo tees, and the resale market benefits from that! However, some Supreme Bogos are far more memorable than others, and we’re gonna take a look at them now.

The first-ever Supreme Box Logo tee to drop in 1994. The tee features the Supreme logo which has a story of its own! Some people consider the logo a big rip off of Barbara Kruger’s trademark work in the Futura Bold Oblique font. However, since the artist did not object, we ain’t gonna complain! So what started as a skateboarding shop became a streetwear fashion icon. And the Supreme Bogos became a grail for streetwear lovers and resellers alike.

It wasn’t an actual collaboration. It was technically a knock off of the popular soft drink company Coca-Cola! The design is an obvious nod to their logo with “Enjoy Supreme” replacing “Coca-Cola”. But we’re not really surprised, are we? After all, Supreme is known for ripping off several brands and using their logos, prints, etc..

“The Sopranos” is a very popular crime drama series. So Supreme switched the “r” on the Supreme bogos with a gun the same way the show’s logo did. That was the company’s way to pay tribute to the successful series! The box logo tee resells for a minimum of $1,000.

The first Supreme bogos for a cause. Following the 9/11 attacks, Supreme helped the only way they knew, by dropping a tee. All the proceeds of the tees went out for charities in the USA. This tee’s prices, if found, ranges between $500 and $1,000.

A Bathing Ape, or BAPE for short, is a Japanese streetwear brand that started in 1993. And in 2002, Supreme and Bape were both still two relatively new brands but growing really fast! The two companies slapped that Supreme font on the Bape camouflage background. The result was 15 different patterns and a successful Box Logo tee! The Bape x Supreme bogos are actually very hard to come by nowadays and resell for $1,000+.

The British artist Damien Hirst left his signature on five decks and Supreme bogos! The decks featured the same colorful dot patterns in different dimensions. The star of the show though is the Supreme bogo tee with the same dot pattern background instead of the red bogo. The back on the tee also reads “Life’s a bitch then you DIE!” The box logo currently resells for around $700.

The second time we get Supreme Bogos for a cause. Back in 2011, an earthquake caused a tsunami that hit Japan. This catastrophe killed and injured thousands of people. And we also know that Supreme has many stores in Japan. So the company decided to drop Supreme relief Tee bogos and 100% of their proceeds went to the Japanese Red Cross!

Supreme celebrated the opening of its second European store in Paris the best way possible. They dropped very simple Supreme bogos that have a French air to them. The tees featured “Bonjour Madame” and the date of the opening on the back! This piece of art currently resells for $1,169 on average.

Back in 2000, Supreme released tees, beanies, and skateboard decks with the LV monogram. Naturally, that didn’t sit well with Louis Vuitton and they hit Supreme with a cease and desist later. However, 17 years later, streetwear fans were pleasantly shocked to discover that the two brands are officially collaborating on a whole capsule! The highlight though? The LV Supreme Bogos. Those lucky enough to cop the tees can resell them for about $1,465!

Supreme’s latest initiative to help the community was their COVID-19 relief tee. So this was the third time the full proceeds go to noble causes. 100% of the money went to HELP USA, an organization that helps fight homelessness in these times because all know how coronavirus affected businesses and jobs. However, the tee had an edge this time! It was actually a collaboration with the Japanese artist Takashi Murakami. The bogo featured one of Murakami’s famous works of the psychedelic flowers and skulls. Needless to say, the bogo tees sold out within seconds and currently resell for an average of $743.