TBT: When Were NFTs Invented? Going Back Through Virtual Time 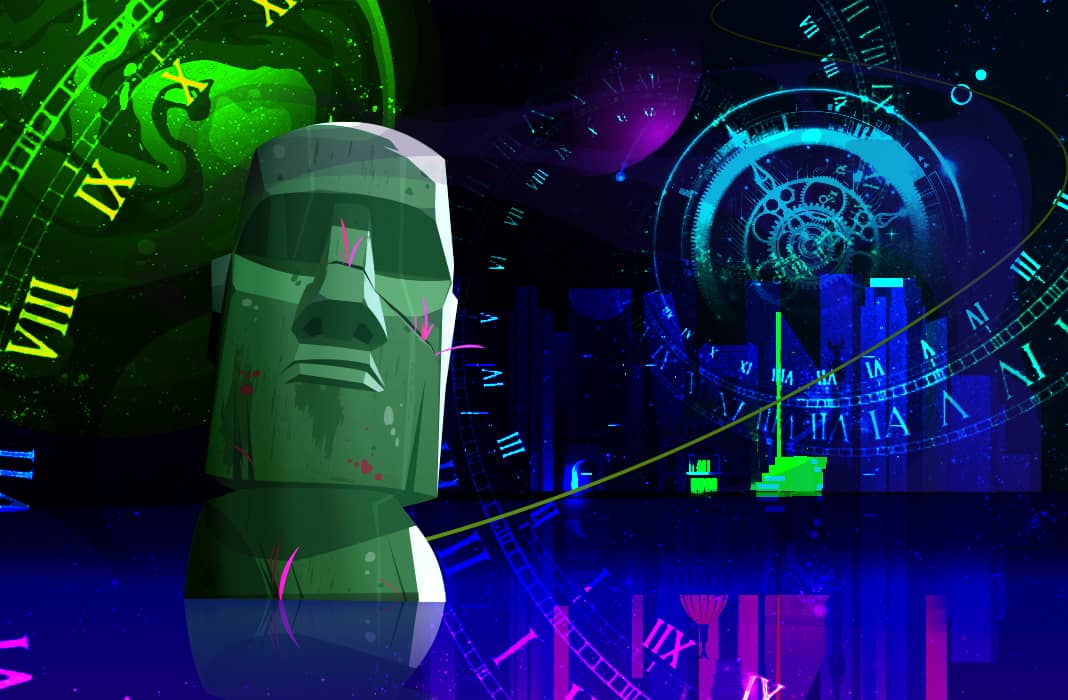 So, we are here to answer one question and one question ONLY: when were NFTs invented? We ain’t here to break down the non-fungibles for you, only the history of NFTs.

Or, keep reading to learn about NFT history!

WHEN WERE NFTs INVENTED?
A Timeline

So, when were NFTs invented? Short answer: long before they got THIS popular! In fact, believe it or not, NFTs date back to late 2012.

That’s 10 YEARS before the NFT hype blew up like it just did. But, why did that happen? What happened to the NFTs of 2012, and how come they didn’t blow up too! So many questions about the non-fungibles! Therefore, let’s just jump right into our virtual timeline of the non-fungible tokens!

First, we’re gonna begin with the first NFT invented – the COLORED COINS (2012). They were basically the tiniest fraction of a bitcoin and used the smallest unit of a bitcoin. These NFTs were used to represent a ton of assets like property, coupons, subscriptions, and digital collectibles.

But, when someone asks where were NFTs invented, they don’t think of COLORED COINS. This is because they had a flawed system because of bitcoin limitations.

However, they did lay the groundwork for all future NFTs! Read more about COLORED COINS here!

Next, we have COUNTERPARTY. In the year (2014), Robert Dermody, Adam Krellenstein, and Evan Wagner founded COUNTERPARTY. It allowed asset creation and even had a decentralized exchange with a Crypto token. This NFT was invented to include projects like trading card games and even meme trading!

But, when were NFTs invented in the sense that it is now? Well, the shift began in mid (2015) with the game creators of SPELLS OF GENESIS. They were the pioneers of in-game assets issued into a blockchain through COUNTERPARTY. And, they even launched a token called the BitCrystals used in-game!

And then, came TRADING CARDS on Counterparty. A lot of people would say that THIS is the answer to when were NFTs created. But, that’s pretty subjective. Back in (2016), Counterparty and Force of Will teamed up together for the NFT collaboration of a lifetime. Together they launched their trading cards on the Counterparty platform. And so, the value of putting assets on a blockchain became VERY evident!

This is what led to the issuing of the infamous RARE PEPES meme that circulated the web all throughout 2016. If you don’t know what it is, it’s a meme featuring the green frog. You’ve definitely seen it.

When were NFTs invented on Ethereum? Well, the year (2017) marked the emergence of NFTs on the Ethereum blockchain – especially in memes. People started trading memes there through a project called PEPERIUM – a decentralized meme marketplace.

Also, this was the year when people wanted more! And so, this is when CRYPTOPUNKS NFTs were invented! John Watkinson and Matt Hall created unique characters on the Ethereum blockchain limited to 10,000 characters. And, no two characters were ever the same! So, when were NFTs invented in the concept we know today? With Cryptopunks.

Later on, we had one of the greatest and most mainstream NFT hits in history – CRYPTOKITTIES. Cryptokitties a is virtual game on the blockchain that allows its players to adopt and care for virtual kitties. You could raise and then trade the cats too. Literal virtual kitties on the Ethereum blockchain! How cute! Some kitties were making people over $100,000 in profit! Currently, this is the norm for NFTs – making tons of money.

At this point, it was no longer about when were NFTs invented. It was about the future of NFTs. What was going to happen? Where was this going! There was a massive growth in the world of NFTs with over 100 projects in the works. And, then we had NFT marketplaces emerging the same way as you would have sneaker marketplaces. For a virtual world, things were getting too real!

Now, we’ve reached the point where NFT has become an actual place for the money-making potential for EVERYONE. Even the sneaker industry is taking part in NFTs with virtual sneakers!

But, although the digital world is growing at a massive pace, it has also become a dark, dangerous place. We’ve seen more scams and rug pulls in the past few months to last a decade! So, if you’re going to enjoy the heat of NFTs, make sure you are extra careful. And, watch out for red flags. And, make sure you follow all the right NFT influencers who know what it’s all about.

It’s all fun and virtual games until someone loses some Ethereum.