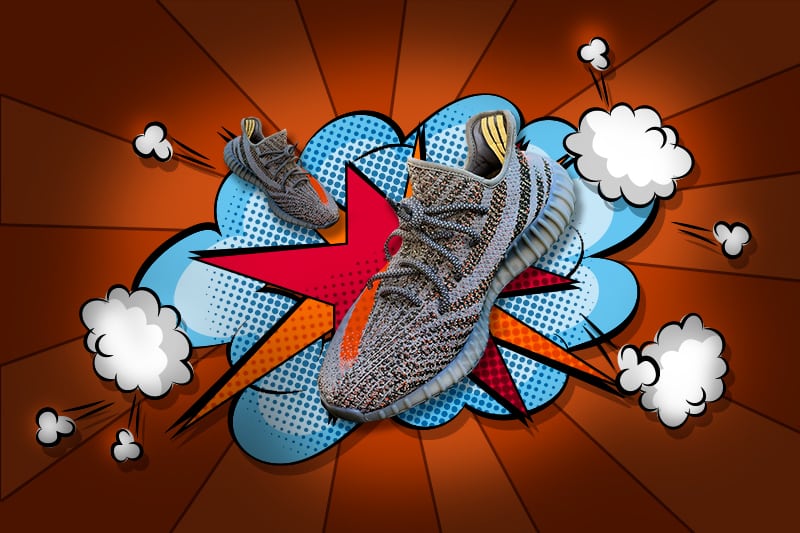 This throwback could not have come in a better time! The new upcoming release of the color-changing Yeezy Beluga 2.0 Reflective is taking us back in Yeezy history. We’re about to give you a nice history lesson of one of the most epic releases ever! The Adidas Yeezy Boost 350 Beluga is a crowd favorite! And here’s exactly why!

Then, to pour more gasoline on the fire, Ye was spotted wearing them on his family trip down to Cuba! But, at that time, we were so used to Ye donning custom sneakers. So, we weren’t all too sure! However, these moves did come in line with his marketing strategies! And, we were right! The initial release of the Adidas Yeezy Beluga was a special day. At that time, there were so many speculations circulating about the design of the Beluga. But, when it first came out during Yeezy Season 4 it was an instant hit! It easily and quickly became one of the most anticipated releases of the year 2016. It dropped on September 24, 2016, with the usual retail price of $220.

The Yeezy Beluga sneaker design included a very strong and bold look – especially for Ye! It featured the graphic SPLY-350 on a bright solar orange side stripe. And, it also featured a more prominent heel with internal 3M stripes and a translucent midsole. This midsole sat atop a grey base with a prominent Zebra-pattern print all over the uppers. It currently has a resale value of $921. The restock of the Yeezy Beluga in 2017 took a different turn than a regular YZY restock would! It had a whole new look to it with updated features and more! It was supposed to drop on October 14th, 2017 – a Halloween sneaker. But, it got pushed to November 25th, 2017 in full-fam size! It definitely was one of the best Holiday gifts of 2017! People loved it so much that it restocked again 5 days later!

The design of this restock featured shades of grey and bold orange with one small but noticeable change. The bright orange side stripe turned grey and the SPLY-350 took on the bold orange color. But, nevertheless, it’s still pretty epic! Not to mention that this Yeezy Beluga featured the return of the infamous heel tab we all love! It currently has a resale value of $662.

The new Yeezy Beluga 2.0 is another new addition to the reflective YZY sneakers. Such an awesome way to add a twist to an already loved Yeezy model! It looks exactly like the OG Yeezy Beluga, but laced with high-visibility 3M reflective material!

Now that’s going to be one epic release! We can already see the resale market skyrocketing after this drop! If you wanna know more about this release, click HERE!

Also, if we’ve learned anything from the past releases and restocks of this Yeezy Beluga, it’s a BLOODBATH. In other words, copping these kicks will most definitely require some extra help. And considering that they’re Holiday kicks, you’re 100% not gonna wanna take risks. This means one thing: a sneaker bot. Click on the button below to find out more!