Web2 vs Web3 Domains : The Debate 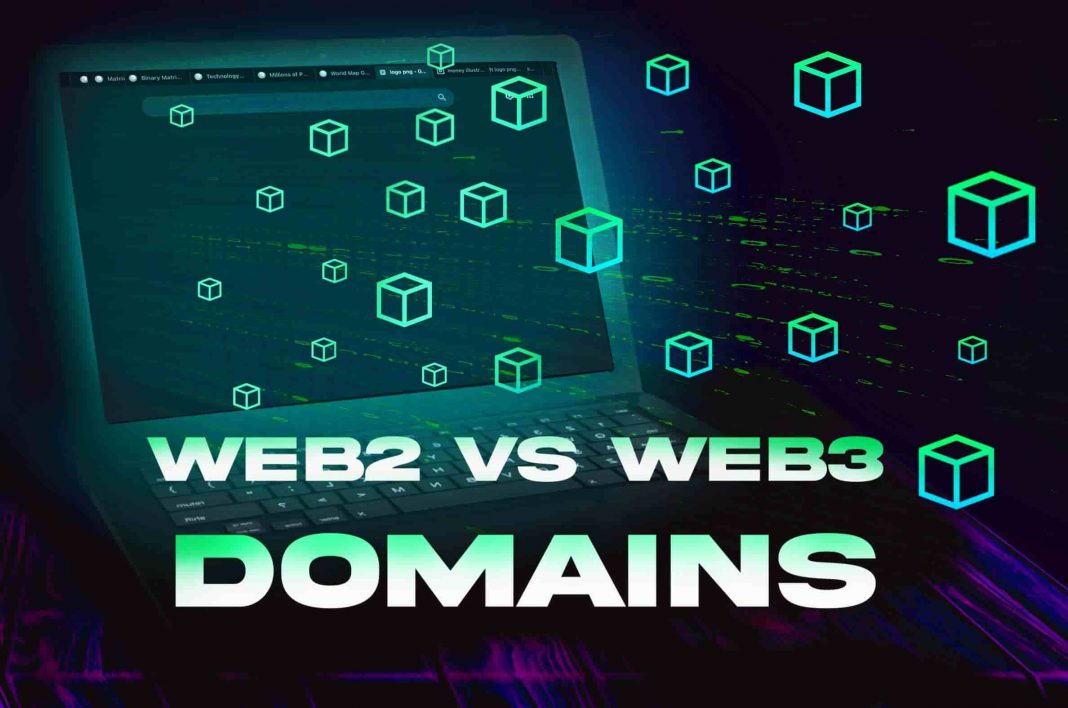 Since the rise of Web3, people still debate the “web2 vs web3 domains” topic. We are all for pros and cons! Web2 and Web3 are technologies with similar backgrounds, but they approach challenges differently. For example, the main distinction is that Web2 focuses on reading and writing content, whereas Web3 focuses on creating content! But before we get into the good stuff, let’s briefly discuss what a ‘Domain’ is!

A web address is like an individual’s fingerprint; no two are identical. For example, any individual or company with an online presence has their own distinct fingerprint. So basically, ‘Domains’ are what we type into the address bar of a browser to access a specific website.  Moreover, the terms “Web Domain” and “Web Address” can be used interchangeably!

What Makes A Great Domain Name?

A domain name can have up to 63 characters, and it should also be easy to remember. Also, it should mark the following checklist:

Domain Name System: What Is It?

When a user types in a domain name, they are looking for an IP address, and it’s the Domain Name System’s (DNS) job to figure out what that number is. We’ll go in-depth into IP addresses later! Don’t worry!

Briefly, DNS is responsible for more than just name translation, it also connects domain names to the data that belongs with them. In simple terms, the data associated with a company with the domain name xyz.com will be unique in comparison to the data associated with another company with the domain name abc.com. DNS operations are coordinated by the Internet Corporation for Assigned Names and Numbers (ICANN).

Let’s highlight some of the major talking points in the “Web2 vs Web3 Domains” debate. These differences will clear up any confusion!

The Web2 infrastructure relies on operating systems developed by companies whose primary concern is making profit rather than satisfying consumers.

Centralized entities like ‘ICANN’ administer DNS (website names), while registrars like GoDaddy are on centralized servers. Furthermore, users don’t buy domain names; the registrar gives them access and may revoke it at any moment.

However, Web3 domains (also called NFT, crypto, and blockchain domains) are decentralized, therefore they can’t be censored. This is where blockchain comes in; it has the potential to completely change the internet.

What do Web3 Domain Names Offer?

Web3 domains are held by people or organizations, unlike conventional domains which are often controlled by major corporations. Users may build different online profiles by using NFTs in domain names.

Web3 domain names are cheaper since they cut out the need for a registrar and the middleman. For example, the.hmn extension used by Cortex, is free, whereas conventional ones cost $6.98.

Web3 domain names are immutable and secure on the blockchain, making them suitable for hosting sensitive data or developing censorship-resistant apps. Since there is no single point of failure, they are also less prone to hacking and other forms of attack. Moreover, these domain name registrations can be made anonymously, unlike traditional domains which often require the reveal of personal information. So, when people’s personal information is no longer attached to specific domains, they’ll be free to browse any website without fear of being tracked.

It is safe to say that the “Web2 vs Web3 Domains” debate tilts in favor of web3. The introduction of ENS-based web3 domains is a huge milestone in the cryptocurrency world! Also, it is a vital step toward solving some of the industry’s core problems, especially the horrible user experience.

Crypto errors are expensive because they involve long sequences of random integers and letters. Similar to how DNS improved UX for Internet users, standardizing and displaying addresses in a human-readable way improves UX.

DNS data is often stored in a small number of highly accessible sites, making it a prime target for cybercriminals. ENS are superior than other networks in terms of stability and scalability since they are based on Ethereum’s blockchain.

The web3 domain system based on the ENS protocol is certainly a pioneering invention that has left tens of thousands of people feeling secure and satisfied!