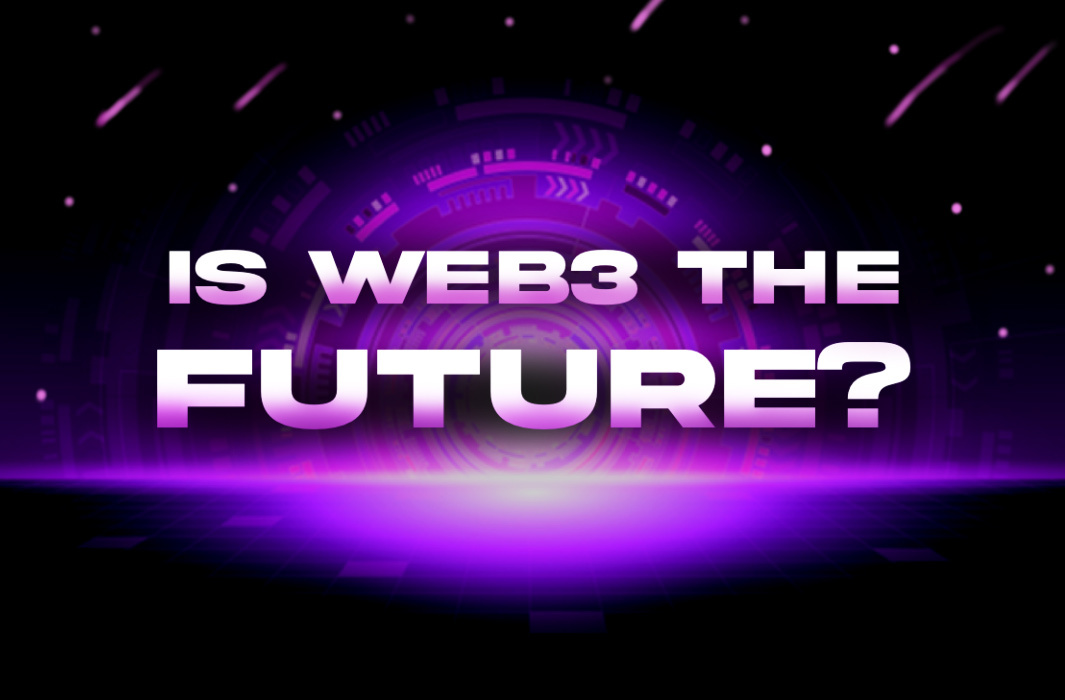 Web3 is exponentially growing with new projects and brands like Nike and Tiffany are joining everyday. As web3 is continually thriving, we can’t help but wonder if it means our future is tied to this version of the Internet. It seems to be. You can read about web3 here in details to fully understand what it is. But amidst web3’s fast growth, the web2 vs web3 debate is intensifying. So let’s jump right in to explore the key differences between these two webs and what it means for us.

The version of the Internet that you’re currently on is web2. It’s the internet you use everyday to access various apps and websites. However, web3 is the decentralized internet built on the blockchain and is currently thriving. So what’s the difference between web2 and web3?

The Web2 vs Web3 debate has been going on for some time now. Not knowing whether to stick with the past and its simplicity or the future and its complexities. But you can’t really make up your mind unless you know exactly the difference between the two.

Moreover, the major difference between these two webs is the amount of money creators are making on each platform. There’s a huge difference between revenues generated on web2 vs web3. You can make much more income on web3 than on web2. This may be due to the products sold and marketed on each.

For example, on web2 the usual products that we see in-real-life are sold. They’re usually sold for normal amounts of money depending on the product. Surely, the high-end and luxurious products are expensive but overall web2 doesn’t offer insane revenues.

However, web3 is where all the selling of NFTs and cryptocurrencies trading and investments happens. And we all know by now how much this industry generates income on the daily. There are non-fungible collections that sold for millions of dollars. Moreover, even in the middle of a “crypto winter”, new projects continue to drop generating profit for the creators.

How beneficial is the web3 growth?

Before we continue with the web2 vs web3 discussion, it’s important to stop and appreciate the benefits the web3 growth provided us. First, as already mentioned, it presented creators the opportunity to generate insane money. Second, it facilitated art creation and art generation.

I’d even argue that more people appreciate art now due to web3. NFT fans have invested crazy amounts of money in others’ artworks.  Moreover, web3 has also created a lot of opportunities for marketers. Additionally, the growth of web3 reinforced the importance of security and a decentralized system. So regardless of the heated debate over what each person prefers, no one can argue that web3 doesn’t benefit both creators and normal web surfers.

Is web3 the future?

To get back to what we initially wanted to address, web2 vs web3, which is our future? Well, it might not be one or another but rather both. This is already sort of happening. Web2 social media platforms have started to add features to integrate web3 on their sites. For example, Twitter added “Twitter Tiles” that allow users to purchase NFTs through tweets. And, Instagram added features that’ll allow users to create, buy and sell NFTs through its marketplace.

So, is web3 the future? I’d go with yes. It indeed is as it is currently developing in the present. Decentralization, with human-like search assistance and more customized features, will probably characterize the future generation of the internet. As Web3 develops, it will further integrate the internet into our daily lives.

Moreover, web3 will also continue to create more opportunities. This will lead to a huge surge of job changes to take advantage of attractive chances. Blockchain development, web3.0, cloud engineering, data science, Salesforce, and cyber security all have employment vacancies.

In conclusion, to settle the web2 vs web3 debate, web3 is not a thing in the past but rather the present and the future. Don’t worry though, it’s never too late to join and fully understand this world. Since you already know what web3 ism, I’d recommend you expand your knowledge on NFTs. Here’s a quick guide to NFTs. Good luck!