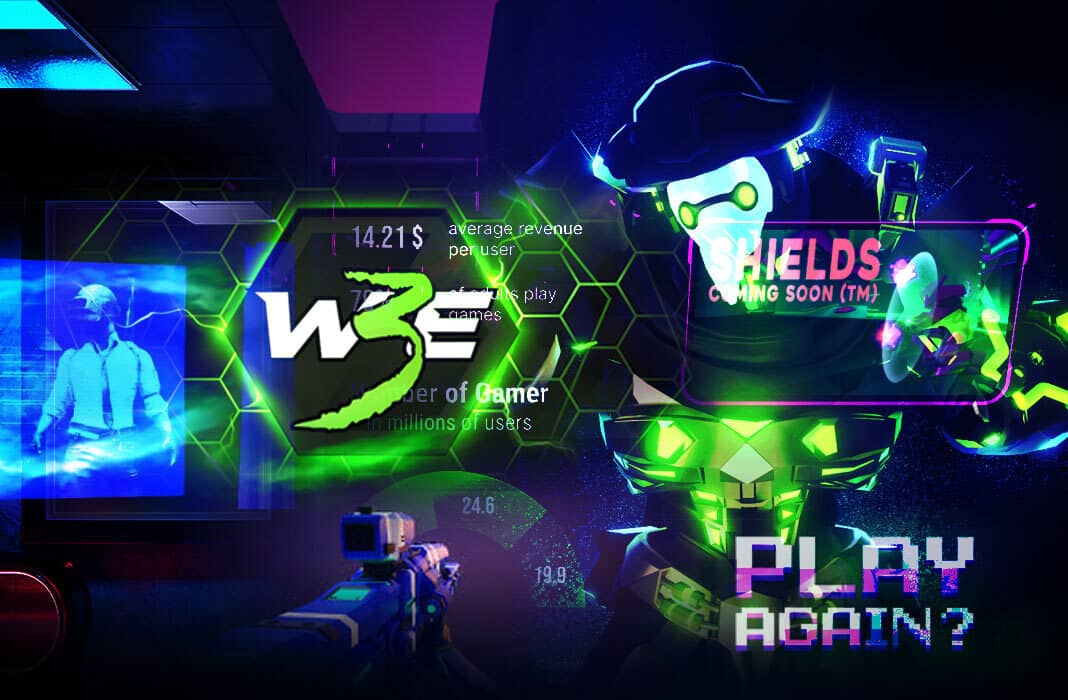 Drop everything now, pack your bags, and reserve your hotels. If you haven’t heard yet, you’re in for a thrill. This November you are going to Turkey! The world of gaming is reaching unparalleled heights. For the first time in the history of play-to-earn gaming, 2022 marks the happening of the Web3 Esports Tournament in Istanbul! Tag along as we provide answers to all the questions puzzling your mind right now!

First things first, let’s accustom you to what Web3 Esports means. In case you didn’t already know, esports is an online gaming tournament. The genre originated in the 1990s but gained traction in the late 2010s.  Let’s make it clearer, it’s just like attending any actual sports event such as football, basketball, or horse racing. Instead of watching football players, you watch professional gamers compete against each other.

Now that we’ve established grounds on Esports, web3 comes into the picture. Blockchain technology gave birth to web3, an updated version of the web, hence web3 gaming is referred to as play-to-earn gaming. Web3 Esports is THE long-awaited event where online players compete in play-to-earn gaming tournaments. Just a heads up, since everyone’s fascinated with shortcutting words “W3E” is the abbreviation for Web3 Esports.

The W3E tournament got us at the edge of our seats as they still haven’t announced the competing teams! They just tease us saying that they invited “top-ranked” gamers from Europe and Turkey. Also, on top of the cash prize, the team that wins the tournament will get a physical trophy and a set of memorial NFTs. They are going all in with this tournament!

As for you, these are the experiences you can expect from the tournament: 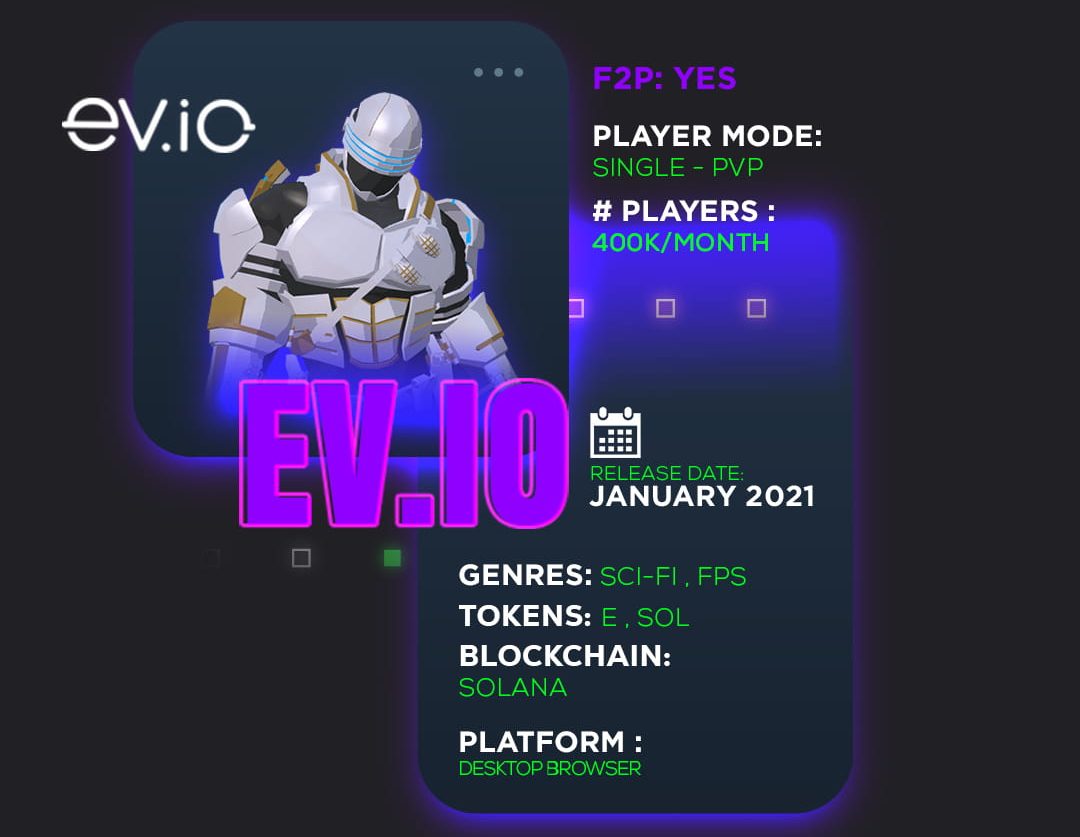 Addicting Games developed and launched the Solana-famed P2E game EV.io in January 2021. W3E announced it as the event’s league partner! What does that mean? You will watch players will compete against each other in this game. What’s cool is that EV.io will produce W3E-branded skins and weapons for players. They will use them during the tournament and keep them after!

This game gained popularity instantly with over 400k players per month. Probably because it is extremely easy to access! Just type ev.io on any desktop browser and you’re in! You can access it for free and once you get the hang of it, learn how to earn some crypto along the way. If you’re a P2E first-timer, this game is worth a try.

Why is the W3E taking place in Turkey?

In case you didn’t know Turkey is one of the Whales in the crypto universe. Its Web3 market adoptions are ranked among the top five in the world. Almost 5 million people use and transact cryptocurrencies in Turkey. Moreover, In the first half of 2022, Turkey ranked first in all of Europe with its investments in blockchain and meta-village initiatives reaching $20 million.

Here are some interesting numbers for you:

Let’s break down the details for you. Turkey is hosting Istanbul Blockchain Week from the 14th to the 17th of November. Briefly, three major events will take place, and here’s a teaser of what to expect :

Who is behind the Web3 Esport Event?

Long story short, Erhan Korhaliller is the mind behind it all. He founded EAK Digital with a very experienced team. EAK is a company that offers Blockchain PR and communications services for businesses. He expanded the reach by creating Istanbul Blockchain Week and W3E gaming platforms.

The excitement overflows from Korhaliller and you can feel it in his own words: 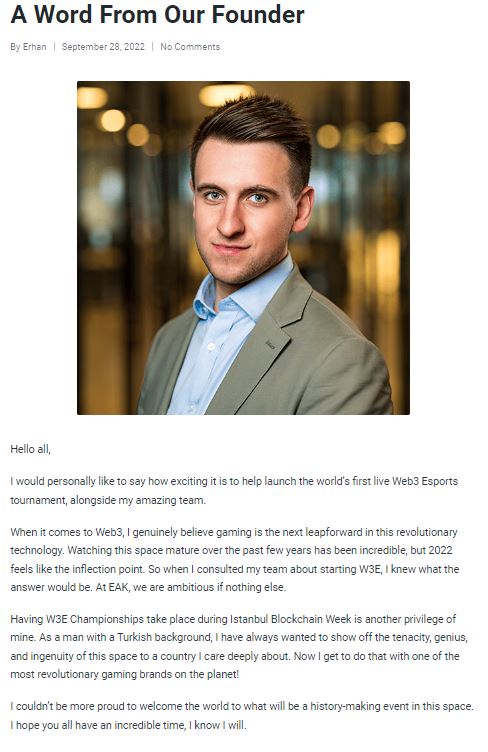 The team managing the W3E events comprises Team Lead Damian Bartlett and Marketing Strategist Thang Phan. Bartlett’s experience doesn’t fail to impress as he is a full-time gaming content creator. He also worked with important brand names such as EA, Ubisoft, Scopely, and Web3 Studios who give us the P2E game Spliterlands. Phan is also an active gaming content creator on Twitch and YouTube. He previously worked with popular Esports organizations such as FaZe Clan and the Sentinels. Now that kind of team makes us expect too much! Hope they live up to their reputations.

How to Participate in the Event?

This is the question you care about the most. Now you can watch the tournament from the comfort of your home via this streaming link. However, we highly encourage you to purchase tickets and attend the event yourself! It will be a much more immersive experience, and hey guys it’s Turkey. It’s known to be the most beautiful destination for a vacation, so it’s an all-in-one kinda trip!

Here is some basic info about purchasing tickets and prices.

So, what’s your verdict? Will you participate in this historic event for Web3 Esports gaming? Let’s make it clear I’m not trying to push you, just making sure you stay up to date with the latest buzz around the NFT world. Now since we’re on the topic of P2E gaming, check out this list of our top 7 recommended P2E games. I bet at this point you can’t still believe that NFTs are dying.