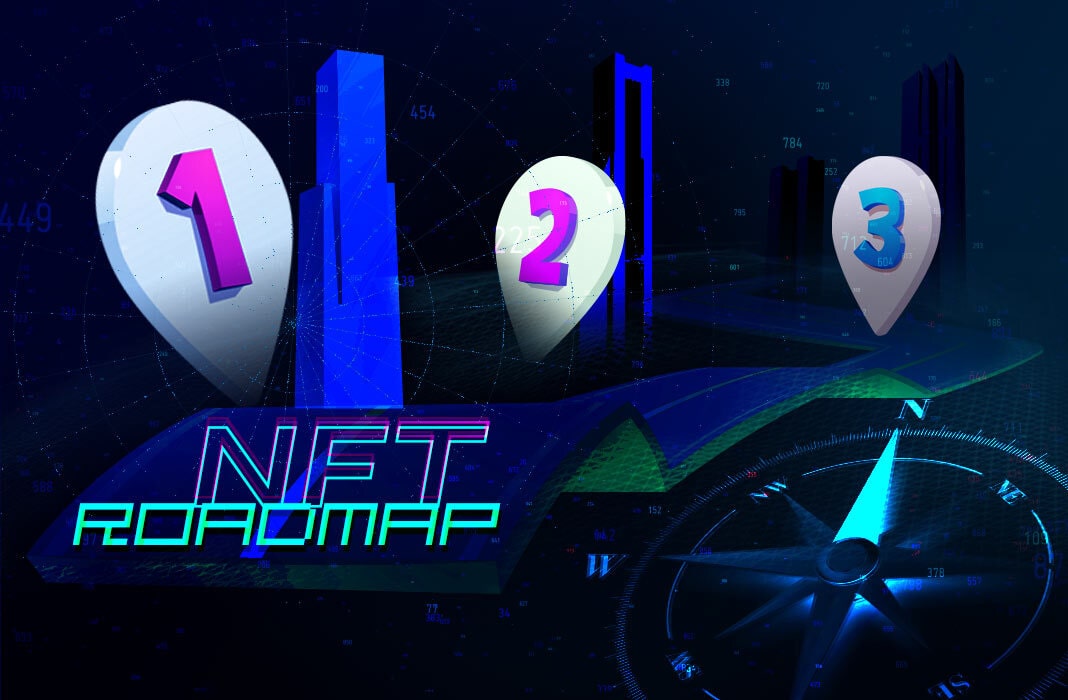 Almost every NFT or Metaverse project today showcases a NFT roadmap on its official platform. The official platform could be social media like Twitter and Discord or on the website. For once, you might not find an adequately written whitepaper, but there’s always an NFT roadmap.
Are NFT roadmaps all that important? Why do you need one? Is there any relevance? Let’s look into the insights regarding the roadmaps and understand them better. This is a complete evaluation of the roadmaps and their roles in an NFT project.

What Is A Roadmap In NFT Or Metaverse? 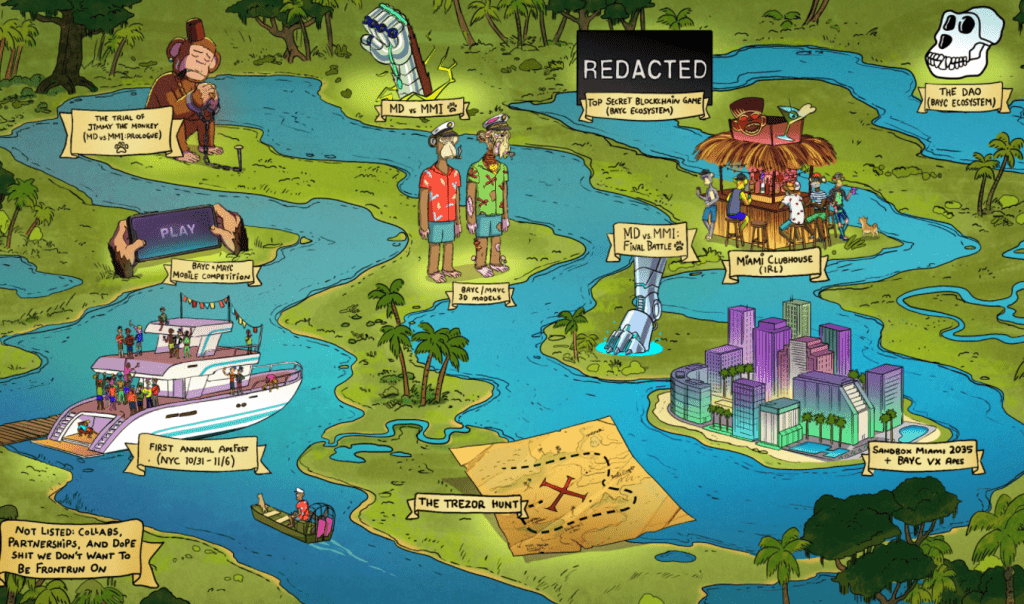 An NFT or Metaverse project is usually the same thing, and the roadmap for both is the same thing, as well. A NFT roadmap is often a piece of the image, or graphic, imbued in the website for people to see. Think of it as a planner for the project. It shows you what will be available for the project and when.
An NFT roadmap highlights dates, usually in Q1, Q2, Q3, Q4, and the accompanying year. For example, Q1 (2022) and so on. Following the dates, you will have a list of things the project’s team plans on achieving during that Quarter. (Q stands for Quarter).
In simple words, the Roadmap of a project shows you what is on the agenda to achieve for a fixed quarter. Most NFT roadmaps will also showcase the previous milestones that have been completed.

Gary Vee, a prominent figure in the NFT world, has himself stated that Roadmaps are nothing but pitch desks and that most pitch desks fail.
In short, an NFT roadmap is a short pitch deck that aims to lure a specific type of crowd or investors and get them hooked on the project.
There isn’t ever a guarantee that a NFT roadmap will be completed and achieved.

Why Do You Need A Roadmap?

Truthfully, there’s no viable need for an NFT roadmap except to attract interested individuals and act like a showpiece. What does that mean?
Most NFT projects today use a roadmap more as a marketing tactic. They will show you the promise of various stages of the project. For example: Q1 2022 will have Alpha Test, Q2 2022 will have Beta Test, Q3 will have a final release with Pvp, MVP, and Q4 will have DAOs and currency implementation.
(Please note: The roadmap for each project is different and according to the developing team’s speculations)

It Builds The Trust Or Credibility

A roadmap shows what the team has planned so far for the project. It also shows promises of delivering specific mechanisms, or features, on a set time. As roadmaps also highlight the previously achieved objectives, it creates an air of trust.
You would look at the roadmap and think that if they have achieved so much already, on time, then they can achieve other things as well.
Thus, it ends up creating traction for prospective investors.

Role Of NFT Roadmaps For Creators

Creators, project owners, and developers utilize an NFT roadmap as a way to attract potential investors. Roadmaps could end up promising things that look appealing to the masses. As a result, creators can attract better investors, players, or even a workforce through roadmaps.

Role Of NFT Roadmaps For Investors Conclusively, NFT roadmaps are boastful and overestimate the project’s development and team’s caliber. It is often a hoax, more than anything else. Roadmaps are among the least important aspects of an NFT project.

The only point of using an NFT roadmap is to attract people with a marketing stunt. Most teams and NFT projects fail to deliver on the time they committed. As a result, investors or creators feel underwhelmed or even disappointed.
Therefore, an NFT Roadmap does more harm than good. It could kill a potential NFT project before it even takes off.
Almost any experienced NFT investor or evaluator would tell you to avoid a roadmap. They judge a project on the basis of other important aspects.

What Are The Things More Important Than A NFT Roadmap?

If you want to judge a project, the potential, and more, then there are many other things that you can look for. Here are the three crucial determining factors of the NFT roadmap. If you need a good idea of any project and need to judge it on the authenticity, viability, and other similar aspects, you need to look at:

1. The Team Behind The NFT Project

Most NFT projects will try to highlight and show their valuable team members. Each genuine project works on this to ensure that it can attract authentic investors.
There should be enough information about the team and team members. It could have their LinkedIn profile and other relevant work experience. However, a team doesn’t just have the developers.
The team list would also have the list of backers, sponsors, investors, and other similar bodies. These help the investors judge the potential in the NFT prospect.

2. The Idea Of The NFT Project

As we all know, the world is moving towards value-oriented NFT projects. Therefore, we also need to look for value-based NFTs. The idea behind the project, the future use, and how it can add value to people would make a significant difference in the success of the project.
However, there are some examples like Goblintown.WTF, which doesn’t seem to offer too much value. Yet, it had an incredible idea.
What was the idea? The idea for the Goblintown.NFT was to represent the market crash and a way for people in NFT to express it. Hence, it became such a popular NFT.
So, the success of an NFT project would strongly rely on the idea instead of the roadmap. After all, an NFT roadmap usually shows you the same terms and commitments.