Where My Vans Go NFT: The Death-defying Art that Sold Millions! 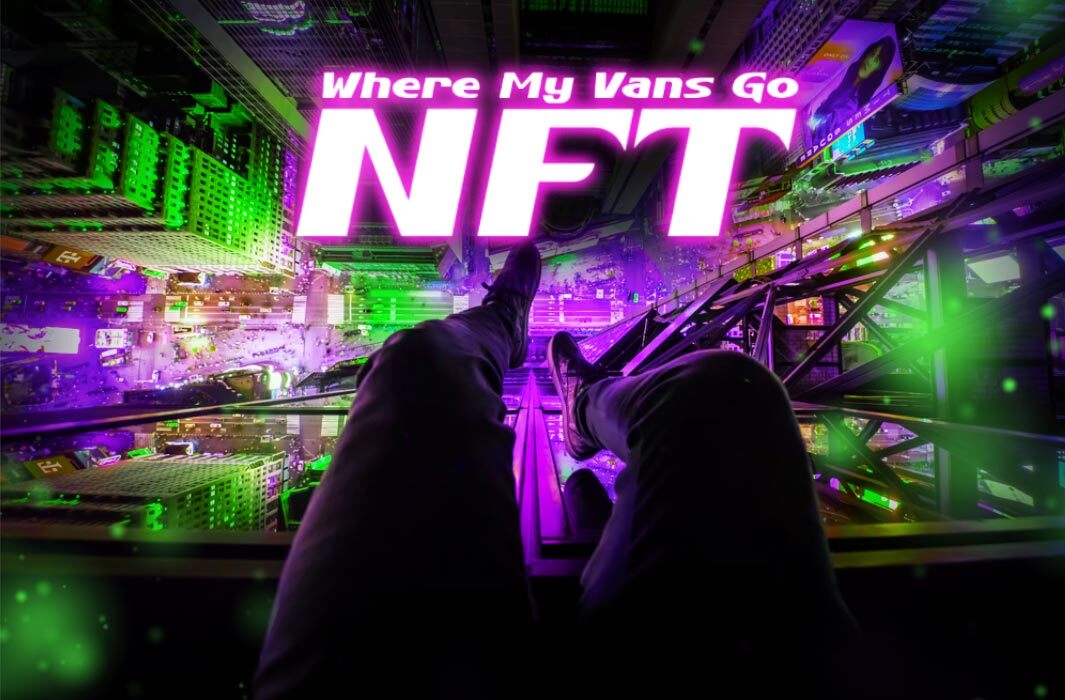 Have you ever had the feeling when you stand next to the edge of a tall building that something is about to push you? Or heard that voice inside your head telling you to jump? Either way, if you are an acrophobe with a strong fear of heights, the Where My Vans Go NFT collection might trigger you. So *insert trigger warning here*. However, if you enjoy scenographic views of urban spaces, this is right up your alley, or in this case, your skyscraper.

It’s not every day we hear that a successful NFT collection emerged out of therapy and stress relief. Where My Vans Go is an NFT collection depicting breathtaking urban scenes from high elevations. The collection started as a photography stress relief project to aid the creator’s PTSD and depression. Issac “Drift” Wright turned to photography as a coping mechanism to deal with his mental health issues. What he didn’t know is that his remarkable snapshots will become NFTs that secure him millions of dollars, or that they will get him in JAIL!

6 AM on top of the Eiffel Tower pic.twitter.com/OFS6KGuH4O

The Eyes Behind the Camera

Before we dissect each pixel of the enchanting scenographic NFTs that look otherworldly, we’ll go into the very eyes that captured these moments. Issac “Drift” Wright is a retired Army special operation veteran of six years. After retiring from the special forces, Drift felt the crushing weight of his service’s aftermath. Losing friends and fellow members of the service is a traumatizing experience that Drift had to go through. And so, after acquiring his first camera, he went about to explore the heights of the urbanscape.

Drift was very much enthralled by NYC explorers that shot out-of-this-world images of the city from a rooftop. One day, Drift got “an itch” to climb up a 50-floor construction site and shoot the scenery from above. “I had the world in my hands. I felt so incredibly small. Every mental stress was completely gone.” And that’s how drift discovered that taking pictures of the city from above eased his PTSD and depression, and decided for it to become his lifelong endeavor. Drift also went a little bit existentialist to say, “We as humans are just a small speck in the grand scheme of something far greater.” And from that moment, Drift started climbing skyscrapers, bridges, and cranes all around the U.S. and turning the scenery into NFTs. 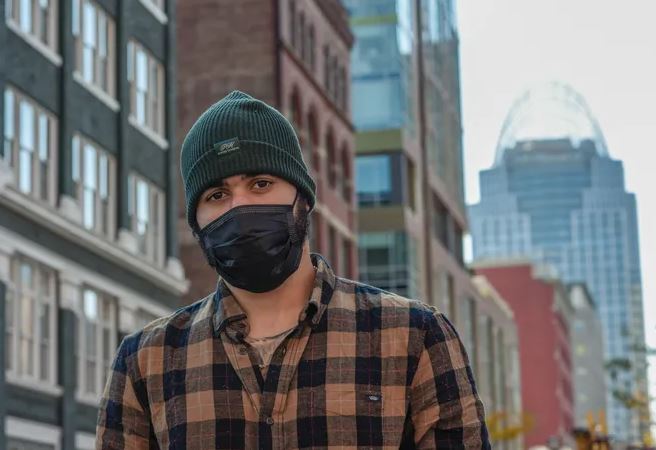 Going around climbing mega structures turned out to be an illegal act in the U.S. Drift was hunted down and arrested many times for his photography stunts. However, many have voiced their opinions on how Drift’s incarceration was unjust since his urban exploration was a “victimless climb”. Conspiracies have risen circling whether the conviction of Issac was because of his stunts or because of the more malicious reason such as racism. However, the polices has stated that the arrest of Drift wasn’t because he was taking pictures, but because he endangered the life of other people who followed his path.

“What he’s doing is extremely dangerous. Although he’s probably an expert climber and he’s proven that, people that are following him aren’t,” Captain Doug Weisman, who supervises Ruberg, said in an interview.

However, New York Times published an article depicting Drift’s unjust arrest, and thanks to them, Isaac spent only 10 months in jail. The photographer was released on bond that was set to $400,000.

Where My Vans Go NFTs

Drift took an interest in NFTs and launched his first-ever NFT collection, Where My Vans Go. The collection consists of 125 images of his dangling shoes (or specifically Vans) over high scenes around the U.S. What’s special about each image is its storytelling attribute. Each image tells a story through its place, weather, and timing. The collection broke into the NFT world so effortlessly and changed the trajectory of Drift’s career forever. It also placed him among the top photographers in the NFT space.

For Isaac, NFT technology is changing how we view and share art.“It’s putting power back in the hands of artists,” he states. He went on to discuss how the value of art is in the hands of exhibitions and major corporate, however, with blockchain technology “the world is the judge of if your art is awesome or not.” He also mentioned how the money that goes to artists gets recycled into the art itself. Therefore, producing even better projects.

The photographs themselves are something else. Unless you are an acrophobe, you will be in awe before these jaw-dropping snapshots of the cityscape. The images portray the real beauty of our man-made world and carry with them meaningful stories. You can argue that the pictures give a slice-of-life kind of vision since the locations are everyday places. However, Drift elevates these familiar spots beyond their everyday aspect. The camera angle, the magnitude of the structures, the lights, and the color of the sky, all make you wonder about our fleeting and humble existence as humans. Just as Drift experienced it, he translates this existential peace onto the viewer of his photographs.

And it worked. The Where My Vans Go NFT collection has risen above and beyond in the NFT market to reach 45 ETH in floor price on Opensea! That means the cheapest image is priced at $86,000. Drift has sold over $6 million in art through NFTs under the name of Driftershoots. And they are actually worth it? I mean the guy is defying actual death to make his art, that’s the ultimate dedication! 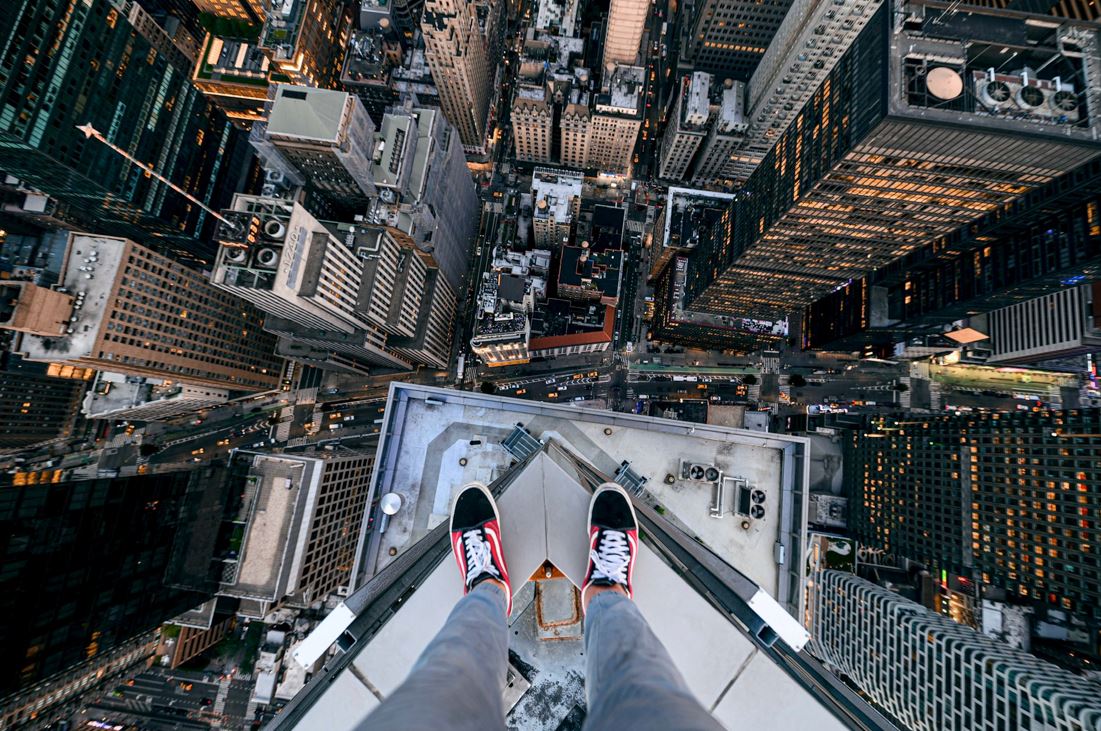 What to Expect after WMVG?

We might not see any NFT-related projects from Drift anytime soon. The photographer has stated that he will be taking “a big quiet period”. However, he is still focusing on the Where My Vans Go project by turning the series into a book. He is also exploring ways to collaborate with the shoe and apparel company Vans since a lot of his pictures depict him wearing the famous Vans shoes.

From Army veteran to an urban explorer, then to jail, and at last, to come to the NFT space, Isaac is sure full of surprises. And considering how well his first NFT collection did, he might consider dropping another collection in the future.