Where to Buy The Yeezy Linen – Release Info & Early Links 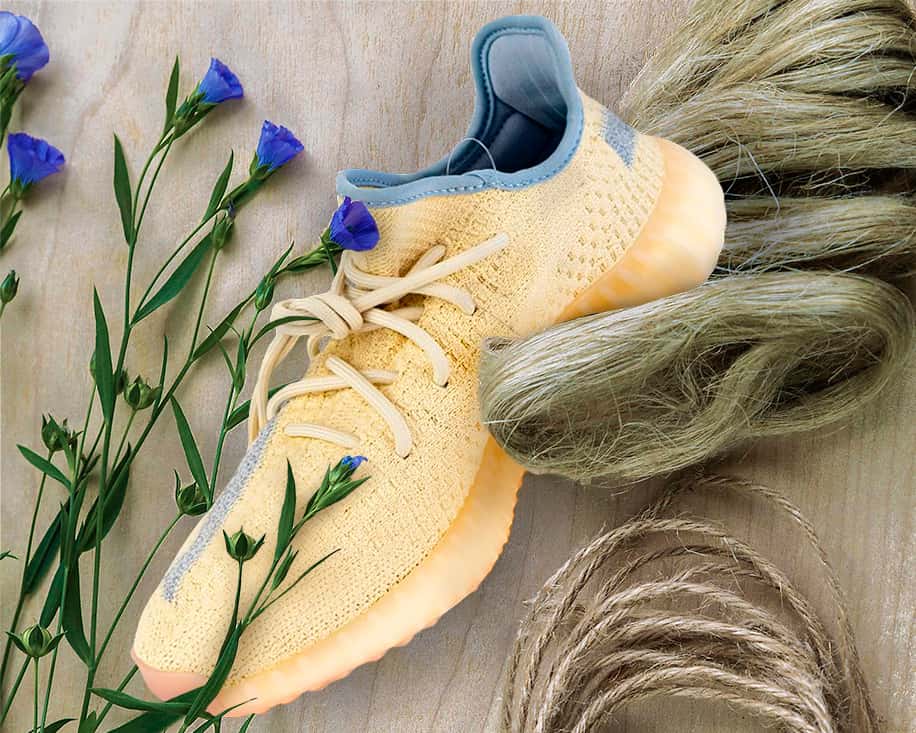 The Yeezy Linen drops in 4 days! But tat’s probably old news for you. So we brought you all there is to know to buy these upcoming Yeezys online. At a retail price!

Going back and forth between outer space and planet earth, Kanye has been experimenting with the most eccentric colorways and names. And the Yeezy Linen is living proof of that.

It’s not like this is the very first Yeezy 350 v2 in the history of Yeezys! Actually, we’ve lost count. But we can’t really complain. Copping sneakers and new releases are among the things we’re looking forward to during these very critical times.

The new Yeezy Linen has elements hinting at several Yeezy releases we’ve loved so much before.

The outers dressed in pale yellow looking very much like the Yeezy Butter. And the blue sock-liner giving off a Blue Tints vibe, only warmer!
More features of the Linens include the primeknit uppers, semi-translucent side stripe, and a full-length boost midsole. Oh, and of course a missing heel pull-tab. At first, some of the images we’ve seen hinted at a reflective version in the works. And now it’s official! A reflective Yeezy Linen is dropping sometime soon. Could be days after the general drop could be a month or so like the Reflective Cinders. Either way, you gotta be ready!

As for the name, well, Kanye’s inspiration isn’t so mystical anymore. And the name of the Yeezy Linen, its aesthetics, and the inspiration align very perfectly.

Where to Buy the Linens?

The upcoming Yeezy Boost 350 V2 Linen will be available, much like every other release nowadays, exclusively online. You can cop it online from multiple retailers, using AIO Bot V2. Or you can try your luck and enter one of the many online raffles for a chance at an extra pair or 2. Check here for all the raffles you can join. For online release, warm up your sneaker bot and check the list below to be fully prepared for the April 18th, 2020.

A bit over the 350s and the earthy tones? check out the upcoming MNVNs and the rumored, wider, and not so intimidating release of the Yeezy Quantums. You can also always shift your attention to some of the highly valuable non-Yeezy releases like The strawberry Dunks, and Travis’ Air Max. And no matter what you decide to cop or not cop, we pray you and those you love are all safe!