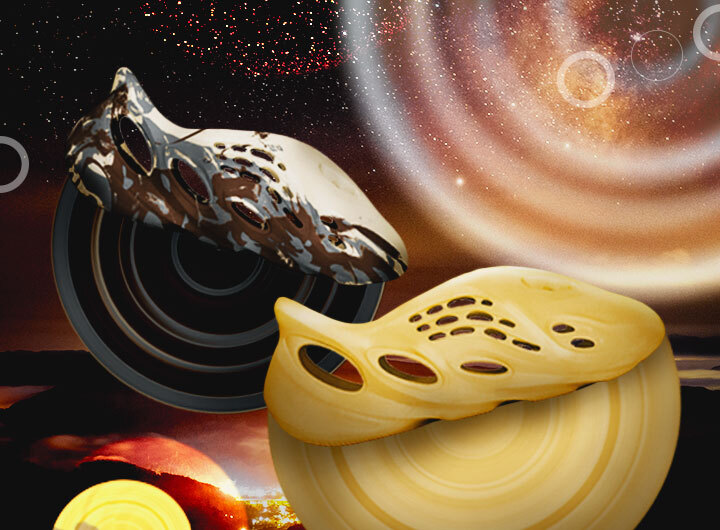 2021 is a good year for the Yeezy line, but it’s a very good year for the Yeezy Foam Runner. And there’s no doubt about that. We’ve seen the Foam Runners in so many colorways already. And now that these have become familiar, they have gone from ‘ugly” to “cool”. And that’s where we say it again and again: Kanye is genius! Foam runner releases definitely don’t seem like they have plans of slowing down. Not anytime soon, at least!

Yeezy Foam Runners scream “Summer Kicks”. They’re just so light and breathable, you gotta have ‘em.  And this July, 2 bold Foam Runner colorways will see the day of light.

The “MX Cream Clay” is the successor to the “MX Moon Gray” colorway. That’s why it seems familiar, somehow.  Kim Kardashian has already teased this pair a few weeks back. The base of this shoe delivers the algae-composed foam in a “Sand” shade. A very random pattern dresses the bottom of the pair with contrasting brushstrokes of brown and grey.

The MX Cream Clay Foam Runner will arrive mid-July at a price tag of $80 USD.

The Yeezy Foam Runner seems like it’s the non-sneaker silhouette of Summer 2021. The “Ochre” colorway has that full monochromatic look with a golden yellow shade. Just like previous iterations of the Foam Runner, this one is made entirely from EVA foam, too. That’s pretty much all there’s to it. We gotta get used to this because it seems Kanye isn’t going to stick to the multi-colored versions no more.

The Ochre is also dropping sometime during July at the same price of $80 USD.

The Adidas Yeezy Foam Runner has become one of Yeezy’s most coveted silhouettes. But who would’ve thought that would happen? Not only did people start accepting them, but they’ve officially become the trend! How do we know? The Foam Runners are all over social media. There are already copies of them in Walmart and so many other stores. That’s how we know that these newcomers have become beyond hyped!

Although the Foam Runner has a low retail price, it’s reselling for extreme amounts. And what’s better than copping a cheap pair and making some easy money out of it? Now that’s another Ye silhouette for the books.