TBT: Checking up on the Yeezy Frozen Yellow “Yebras” 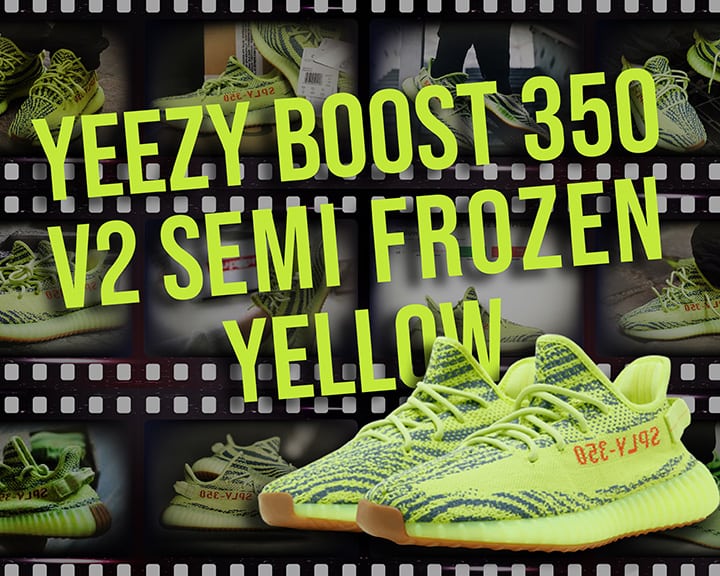 Today, we’re going back in time! Ever felt nostalgic about how every sneakerhead at some point considered the Yeezy Boost 350 must-haves because of how rare they are? Well, these days belong to the past now. Ever since Kanye stayed true on his promise, Yeezy Boosts became a lot more available. Today though, we’re going to walk down memory lane and remember the Yeezy Frozen Yellow! Where is it now? How’s it doing in this massive sneaker industry in 2020?

The Story of Yeezy Frozen Yellow

Let’s all be real here, in the past couple of years, the sneaker industry’s popularity grew in the whole world. The Yeezy 350 silhouette was also at its prime. However, production was very exclusive, and you needed a very efficient bot to succeed at copping. That being said, it was natural for their resale value to be huge since the demand was much higher than the number of goods. But we’re here to discuss what happened particularly with the Yeezy Frozen Yellow.

The year 2017 is when it all started with a leak by the Yeezy Mafia.

Although it was just a mockup, some people were really digging the colorway, while others just thought it reminded them of McDonald’s wrap paper!
Yeezy Mafia also revealed that the kicks will be very limited. However, later on, some backdoor sales took place before the release of the kicks and BAM! The resale value of the Yeezy Frozen Yellow skyrocketed! It actually sold for as high as $1,900. So what was an exclusive release became even harder to get!
Fast forward to November 18, 2017. It’s release day and everyone is getting ready for the hottest cop of the year because the kicks were limited. The Yeezy Frozen Yellow sold out really fast. On the other hand, the resale value of the kicks dramatically dropped from $1,000+ to an average of $500. But 2x the original retail price was still a great value.

Aka the year we got a “Yebra” restock! On December 15, almost 18,000 pairs of Yeezy Frozen Yellow 350 V2s dropped across the US and Europe. So what happened there? We don’t need to be Quantum experts to deduce that the increase in the number of pairs on the market will lead to a resale value drop. And that was exactly what happened. The resale value dropped even lower and landed at an average of $300. 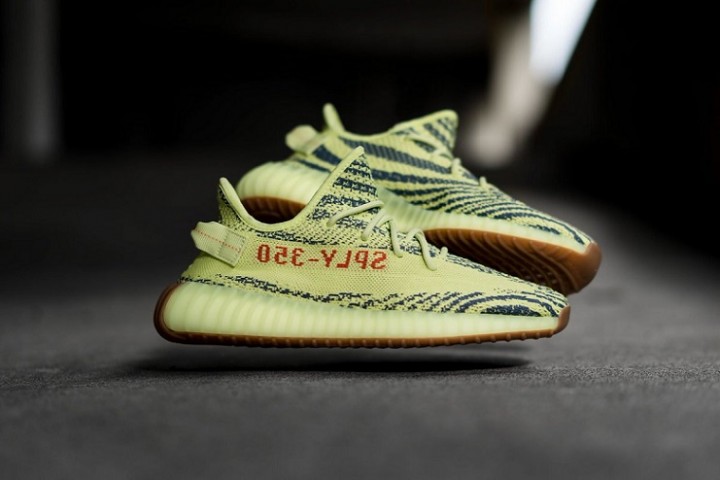 Did you think that was it? After the latest 2018 drop in the Yeezy Frozen Yellow resale value, it stayed constant. The kicks were actually gaining some of their value back up, right until the fateful Yeezy Day! On August 2, 2019, the most popular Yeezys made a comeback in flash drops that shocked the whole sneaker industry. Even the 750s! And guess what? Yebras were there! However, this shock drop was the last hit for the resale value of the kicks. It finally settled on an average of around $300, again. 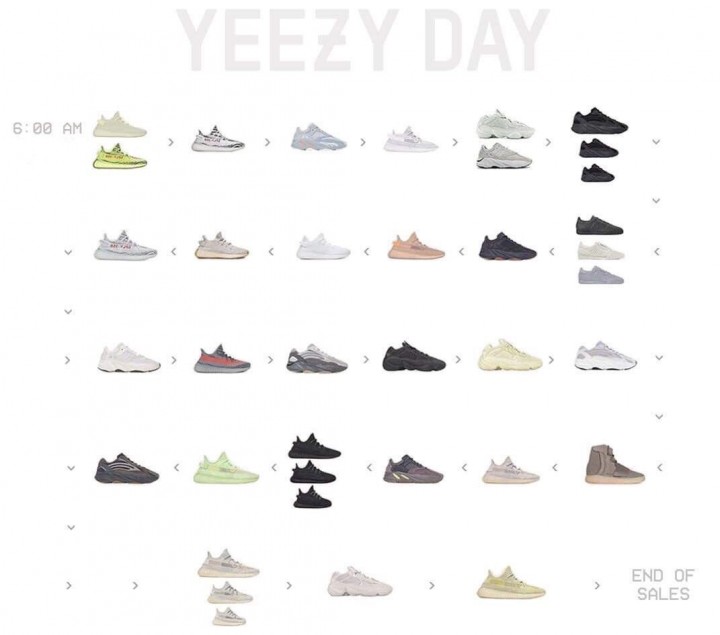 It’s here. And if you wanna get yourself a pair of the Yebras today, you would have to pay an average of $309. Not too extreme for sneakers with such a history right? But who knows, we can never exclude the idea of a restock happening any day (we’re looking at you Yeezy Boost 350 V2 Zebra!)
On the other hand, if Kanye decides to stop restocking this colorway, the value of the kicks will go up, even if it does so very slowly. So if you own the kicks, keep that precious pair close to your heart! And if you don’t, well we’ve got sneaker resale for a reason, don’t we?