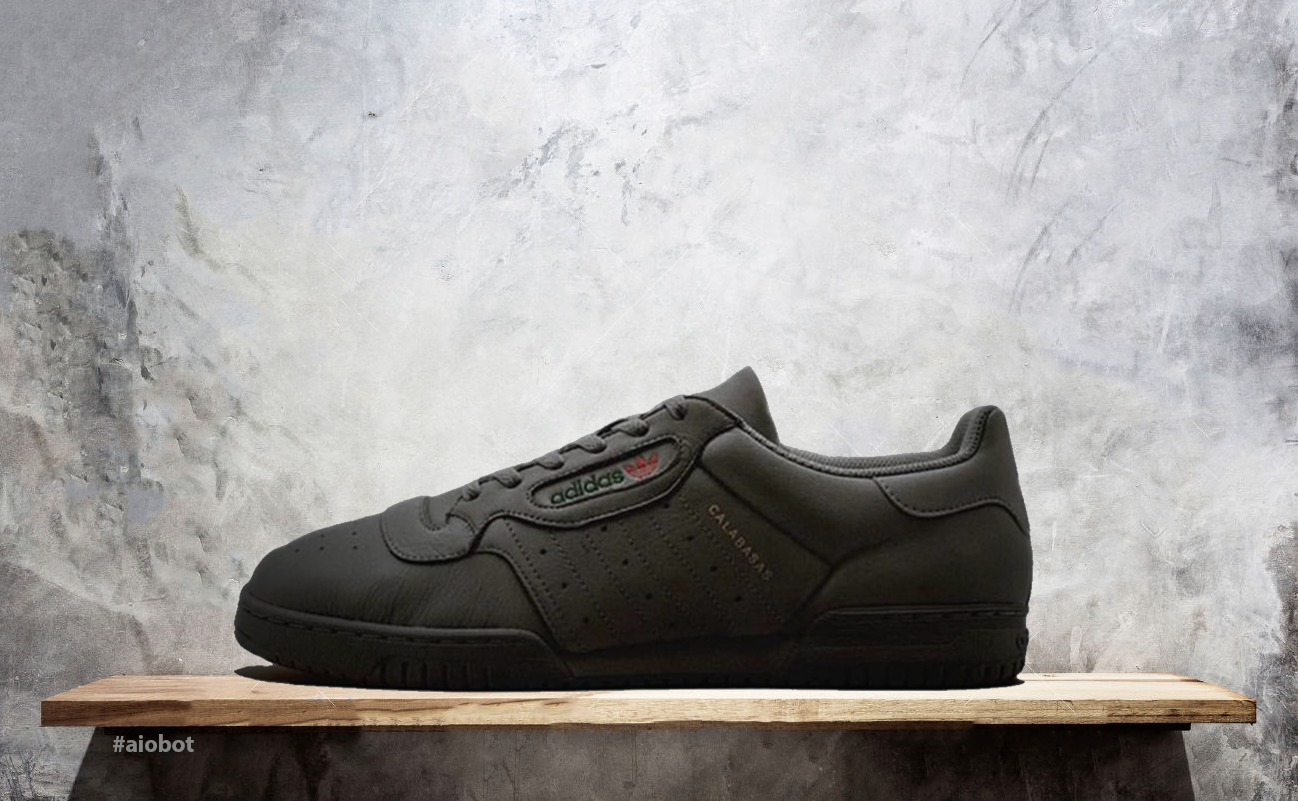 Digging out classic designs from the sneaker archives is not a new thing, and the old but gold Adidas Powerphase got a Yeezy upgrade. As per the Yeezymafia, the Yeezy Powerphase Calabasas is dropping in 2 new colorways.

It’s Not a 350 V2 and it definitely has no Boost, but they’re still Kanye’s, so why not?
The clean and simple design first dropped in white, in March 2017 and, was restocked recently in October.
The Yeezy Powerphase Calabasas maintains the same easy on the eyes silhouette of the 80s’ Adidas Powerphase. The new Powerphase kept the leather uppers and the perforated detailing of the original Adidas Powerphase. However, the much-loved gum outsoles were apparently ditched. What’s also new to this year’s Adidas Powerphase, is Kanye’s ‘Calabasas’ branding in foil gold on the outer sides of the shoes

Dropping in monochromatic Grey on the 9th of December and in an all-black version in January 2018. The retail price of these low-profile sneakers is supposedly the same as that of the white, $120.

How Hyped is the Yeezy Powerphase Calabasas?

It’s easy to say that the Yeezy Powerphase is not among Kanye’s top designs. Neither the hype nor the resale value of the Powerphase were even close to those of the V2s. However, they make great everyday shoes for any sneakerhead out there.
The first colorway of the Yeezy Powerphase Calabasas retailed for $120, and you can find them now on resellers’ websites for $160 and up to $500. That is quite a different case with the V2s, for example, where some pairs resell for a real fortune. So if they don’t make much profit on the resellers’ market, you might as well enjoy them on your feet.

Stay Tuned because this Yeezy season is going to be crazy. The Yeezy Boost Frozen Yellow, Beluga 2.0, Powerphase and Blue tint are releasing within a one-month period.